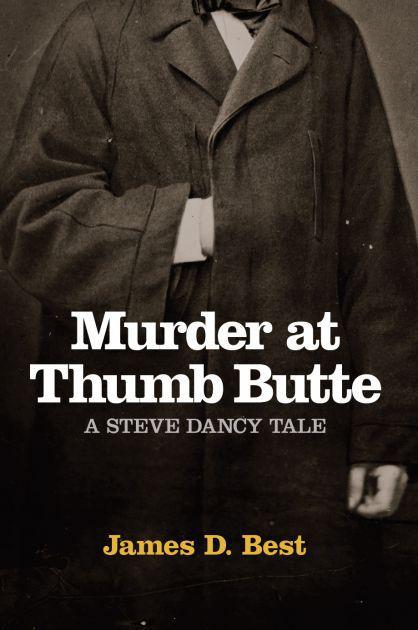 “
You’ll find yourself lost in the book—the fast pace keeps it interesting.”

“
This is a fast-paced tale with an interesting hero … you’ll certainly find enough twists and turns to provide an entertaining and exciting story.”

“
The Shopkeeper
is quick and fun to read, perfect for a vacation escape.”

“
A great book; I do hope that
The Shopkeeper
gets the readership it richly deserves.”

“
Once again, Best has penned a fine read.”

“
I loved it! The story is told in such a classic, smooth tone—it’s really fast paced throughout.”

“
I enjoy Best’s style of writing, and it’s a quick read.”

“
I would highly recommend these two westerns to anyone with an imagination and curiosity about the history of our country. And besides, they are just excellent reading.”

“
The Shopkeeper
brings a hint of the ‘difference’ that is being called for in westerns, and the story moves along at a fast pace that provides a most enjoyable few hours of relaxation.”

“
This is a great story.
The Shopkeeper
made me want to take a trip through the Old West.”

“
The writing is clear and straightforward with plenty of action attached. For an entertaining read,
The Shopkeeper
draws high marks.”

Copyright © 2011 James D. Best. All rights reserved. No part of this book may be reproduced or retransmitted in any form or by any means without the written permission of the publisher.

For Luke, Charlotte, and Wyatt

“
Four thousand isn’t that much,” I said. “Mrs. Baker’s done better with our store in Leadville.”

“
Yep, but she ain’t gonna be a literary giant like you.”

Jeff Sharp and I lounged on the porch of the St. Charles Hotel in Carson City, Nevada. While Sharp oversaw his mining operations in Belleville, I had spent the winter writing a novel about my adventures in the West. He had driven a buggy into town the previous evening, just in time to enjoy the first decent spring morning. It may have been the warmest day of 1880, but it remained chilly enough for us to wear heavy coats as we sipped our morning coffee.

I was pleased to see Sharp again, but not because we jointly owned a general store in Leadville, Colorado. The store was a minor investment, and Mrs. Baker ran it with very little direction from us. I was happy because Sharp’s timing was perfect. I had mailed my manuscript to a publisher two days earlier, and after spending the winter indoors with fictional characters, I was eager to sit outside and talk to breathing human beings.

“
They saw six chapters before settling on the amount. Besides, they won’t deposit the final part of the advance until they approve the complete manuscript.”

“
Jeff, I didn’t use real names … but you might recognize a gent named Jeffery Harper.”

“
Of course not. I’m the author. Besides, I thought Dancy sounded citified.”

Sharp laughed. “I s’pose Mr. Steele rid the West of outlaws without any help from Mr. Harper.”

I smiled. “It’ll cost you two bits to find out.”

“
Fair ’nough.” Sharp sipped his coffee and surveyed the street. After a long silence, he asked, “Ever think ’bout Sam?”

“
Every day. Probably should have changed hotels, but it seemed disrespectful to run from memories.”

The previous summer, two hired killers had tried to ambush me in front of this very hotel. My quick-witted Pinkerton guards threw me to the boardwalk, and a gun battle raged for several minutes. Sam—a friend and a Pinkerton—had died from a shot to the gut. I had been the only one at his side in his last hours.

“
Too early for flowers. Like to stop by his grave, just the same.”

“
On occasion, I go up there and share a whiskey with him.”

“
Let’s take a bottle out there this evening.”

We drank our coffee and watched the traffic wheel by for a few minutes. Carson City was the capital of Nevada and close to Virginia City’s Comstock Lode. The traffic in front of our hotel was dominated by politicians and silver barons—and the crafty who had grown wealthy supplying the needs of the other two. The exclusive St. Charles Hotel was only a few blocks away from the sandstone capitol, and the traffic this spring morning—whether on foot, hoof, or wheels—strutted like each and every one of them was the cock of the walk.

“
I’m ready to git too. Been thinkin’ ’bout returnin’ to Leadville.”

“
Mrs. Baker’s doing a fine job. I was thinking south.”

I laughed at Sharp’s lame excuse. “Hell, that store’s a small operation for you. You want to entice Mrs. Baker into your bed.”

“
Hadn’t entered my mind, but I’ll convey yer suggestion to her.”

“
Things are different below the border. There ain’t nothin’ but Apaches an’ outlaws down there … an’ territorial law can’t be trusted to protect ya.”

“
That’s why I want to go to Prescott. John C. Frémont’s the territorial governor. I can get him to grease wheels for us.”

I laughed. “Not really, but I’ve sat on his knee.”

“
Twenty-five years ago. I was six. Still too old to be bounced on someone’s knee, but the ol’ Pathfinder insisted.”

“
He’ll remember how my family helped his bid for the presidency. The Republican Party was new, and he needed New York money and publicity. Horace Greeley provided the ink, and my family showed him the money.”

“
I met Greeley in Colorado,” Sharp mused. “Hated the little rooster. He said, ‘Go west, young man,’ but he wanted ’em to build some sort of Garden of Eden out of this wilderness. Don’t ’xpect that’s what Frémont’s doin’ in Arizona.”

“
Doubt it. Frémont was down to someone else’s last dollar when he begged President Hayes for a position. Hayes knew he was a pain in the ass, so he gave Frémont a useless job as far away from the capital as he could send him.”

“
That man has failed at everything. What makes ya think he can help us?”

“
Jeff, that’s too harsh. He was a great explorer.”

“
Then maybe he belongs in a desert wilderness.” Sharp waved at a passerby he recognized. “I say we head for Leadville. Lots of money to be made in that town. By the way, rail line’s finished, so no need to ride horses.”

“
There’s more opportunity in Arizona, and a man can move between buildings without taking fifteen minutes to bundle up.”

“
Steve, I set my mind on Leadville. I’m leavin’ in a couple of days, an’ I came to Carson City to fetch ya. Spring’s the best time to find good claims.” He turned his head to catch my eye. “Ya with me?”

I sipped the last remnants of my coffee to stall. I had grown up in New York City, and lived there until a little over a year ago, when I had sold my investments, including my gun shop, and ventured west to see and experience the frontier. Jeff and I had been in Leadville together last autumn. I wanted to see more of the West, not revisit places I had already been. Sharp was the biggest private mine operator in Nevada, and it appeared he wanted to extend his silver holdings to Colorado. I was tired of Carson City and wanted to venture away from Nevada. Damn. I couldn’t imagine riding off into the wilderness without my friend.

I sighed and set my empty coffee mug down. “Will you go to Arizona with me after we explore investment opportunities?”

“
Hell, yes, I’ll take my horse as well. Transportin’ our horses on the train’ll be a lot cheaper than buyin’ animals in Leadville.” Something must have shown on my face, because he quickly added, “Steve, that buggy lets me carry a comfortable bedroll and food I don’t need to gnaw a half hour before swallowin’. Must be gettin’ old, ’cuz I’m gettin’ to like them comforts. But don’t get uppity, I still mainly ride a horse.”

To disguise his embarrassment, Sharp picked up our coffee mugs to go inside for refills. He stopped at the door. “Steve, ya might as well know … I’m sellin’ all of my silver interests in Nevada. That’s why I’m goin’ to Leadville. New start.”

“
Best to sell while they’re still producin’. I don’t like what’s happenin’ here. Lot of it yer fault.”

“
What’re you talking about?”

“
That whippersnapper ya put in charge of the bank in Pickhandle has turned greedier than Washburn ever was, and those dunderheads at the statehouse won’t support free silver … and Richard’s the worst of ’em.”

Sharp disappeared into the hotel, apparently to give me time to ponder my sins.

Watchstar by Pamela Sargent
Kill Process by William Hertling
Goddess of Yesterday by Caroline B. Cooney
Passion Tempted (Masquerade Part II) by Trent, Emily Jane
The Light in the Darkness by Ellen Fisher
Take This Man by Brando Skyhorse
Todos los cuentos by Marcos Aguinis
Ultimate Escape by Lydia Rowan
Once Bitten by Olivia Hutchinson
I Think You're Totally Wrong by David Shields