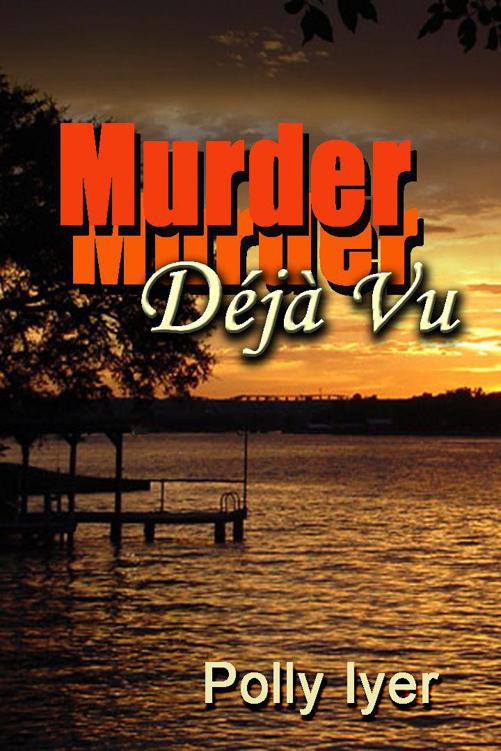 This book is a work of fiction. Names, characters, places, and events are either the product of the author’s imagination or are used fictitiously. Any resemblance to persons living or dead or to actual events or locales is coincidental and beyond the intent of the author.

A Meeting of the Minds

Out in the Open

From Lunch to More

A Wolf in Sheep’s Clothing

The Last Nail in the Coffin

Déjà Vu All Over Again

Something to Go On

What Could Have Been

Going Back in Time

And Then There Were None

Sprung from the Hoosegow

One Word Against the Other

Drifting Off to a Better Place

Chapter One
A Meeting of the Minds

W
hat did a man born rich and privileged look like after spending fifteen years in prison and another six hiding in these mountains? Dana pondered her question as she parked her Jeep in the gravel driveway next to a rough-looking pickup and skirted around the house to the back.

Reece
Daughtry
sat in an Adirondack chair on the dock, reading. A johnboat bobbed in the lake, complete with fishing rod and tackle box. After swiveling around to see his intruder, he turned back to his book.

She had her answer. Unshaven, leather-tanned, and lean, with dark blond hair heavily threaded with gray brushing his shoulders.
Reading
glasses perched low on the bridge of his nose. He struck Dana as more interesting looking than handsome, but he could be called that too.

A booming voice echoed over the water. “What do you want?”

Undeterred, she kept going, waiting for him to tell her she was trespassing. He didn’t.

A few well-fed cats poked their heads out of the greenery lining the rock stairs down to the lake. Another snuggled under his chair, and a three-legged mutt hobbled to greet her.

“Hey, pooch, how’ya doing?” She bent down to rub him, and the dog wiggled his excitement. “Nice dog.”

“I heard you. Doesn’t make me want one less.”

“Come back in a year. Better yet, don’t.” He kept his nose in the book.

She couldn’t help noticing his long, knotty fingers. Laborer’s hands, with rough skin and short clipped nails. Sinewy forearms like twisted rope. “What are you reading?”

He glanced up. “You still here?”

“Only a few people know where I live. Know why? So trespassers can’t come here and bother me. Let me guess who snitched. Old Harris big mouth.”

“Don’t blame Harris. I saw the article he wrote on the house that featured your fireplaces. He warned me not to come, but I blackmailed him into telling me where you lived.”

She moved closer and offered her hand. “Dana Minette.”

He nailed her with a squinty glare. “Any relation to the prosecutor Minette?”

She pulled back. “Not anymore.”

“We had an ugly run-in years ago. He tried to stop the sale of this property to keep a convicted murderer out of
his
county. My attorney humiliated him; the judge ruled in my favor.”

“Yes, I know. Robert is always looking for ways to get his name in the papers. He picked on the wrong person that time.”

“He came here about a year ago. Said he had no hard feelings, and would I build him a fireplace. Can you beat that?”

“I take it you jumped at the chance.”

Daughtry pushed his reading glasses onto his forehead and focused on her for more than a split second. “You’re a smart-ass, you know that?”

“So I’ve been told.”
Was that the beginning of a smile on his face?

“If he’s your ex-husband, you’re well rid of him. He’s an asshole.”

“He’s my ex, and you’re not the first person to describe Robert in those exact words.” She plunked down on the dock, crossed her legs, Indian style. “You’re all excellent judges of character.”

“He didn’t have nice things to say about you, which I thought rather ungentlemanly, since I didn’t ask. Said he was redoing his house after he dumped his ungrateful wife.”

“Yup.
His
county,
his
house. Probably pissed you weren’t
his
wife anymore, even though it was his idea. Or so he said.”

“Me either. Will you build me the goddamn fireplace? The two pictures I saw in the Regal Falls magazine were the most unique works of art I’ve ever seen.”

Daughtry stared at her a long time with the clearest, most intense blue eyes. “Your ex wanted a fireplace in the worst way. Said he’d double whatever I charged.”

“I bet when you held out, he doubled the amount again.”

His smile was unmistakable now. “How would your ex feel if I built one for you?”

“Talk about being pissed off.”

R
eece went into the house as soon as Dana Minette left. She was a piece of work. A very nice-looking piece of work. He could go for a woman like her, but a woman’s what got him twenty to life, and he sure as hell didn’t need any more trouble. Whenever he felt the urge, he drove to one of the larger cities within a hundred-mile radius—Asheville or Charlotte—put up in a motel, and found someone to satisfy his sexual needs. No entanglements. No emotional attachments. He could do it by himself—he had years of practice—but he never found that a satisfying substitute for the warmth of a woman’s body or the touch of soft skin. That was the way it had been for the six years since he got out of prison and how it would be from now on. He’d even adapted to the loneliness. Had plenty of practice with that too.

The three-legged dog nuzzled his leg. Reece never named any of the dogs or cats roaming his property. They were there, and he fed them. “Hey, Pooch. She gave you a good name, didn’t she?” He leaned down and rubbed the dog’s neck. He’d found the beagle cross lying on the side of the road, near death, taken it to his vet, and had it treated and fixed. He did that with every abused or emaciated animal he came across. Electronic fencing and collars kept them inside his property so they couldn’t wander off and wind up like Pooch, or worse. Reece debated whether he was imprisoning them, but dead was more of a prison than contained, though he disliked the thought of either.