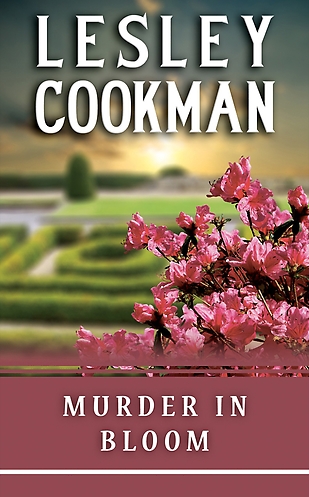 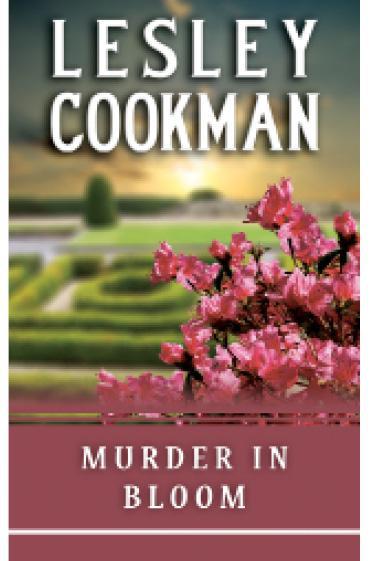 The right of Lesley Cookman to be identified as the author of this work has been asserted by her in accordance with the Copyright, Designs and Patents Act 1988.

The story contained within this book is a work of fiction. Names and characters are the product of the author’s imagination and any resemblance to actual persons, living or dead, is entirely coincidental.

All rights reserved. No part of this book may be reproduced, stored in a retrieval system, or transmitted in any form or by any means, electronic, electrostatic, magnetic tape, mechanical, photocopying, recording or otherwise, without the written permission of the publishers: Accent Press Ltd, The Old School, Upper High St, Bedlinog, Mid Glamorgan, CF46 6SA.

Libby’s stomach seemed to roll over and her legs felt suddenly icy. She sat down abruptly. ‘A body?’ she said. ‘I knew you’d be interested,’ said Adam. ‘I told Mog you would be.’

‘The bloke I’m working with. I told you. Don’t you remember?’ Libby racked her brain. ‘Vaguely,’ she admitted. ‘What body?’

‘A skeleton,’ said Adam, his excitement clearly audible. ‘Or part of one, anyway. A skull and a few bones, although I think they’ve found a bit more now.’

‘Yeah. They’ve been here all day.’

‘Oh, yes!’ Libby got up from the stair she was sitting on and carried the phone into the sitting room, where she turfed Sidney the silver tabby off the cane sofa. ‘Gardening for some famous person.’

‘This is his first big commission, and I’m helping him.’ Adam sounded proud.

‘But you’re not a gardener,’ said Libby. ‘I’ve never even persuaded you to mow the lawn.’

‘Thanks, Ma. I thought you’d be pleased.’

‘Sorry, darling, of course I am, but you’ve just graduated with a sociology degree.’

‘Not just, Ma. Last bloody year, and I still haven’t got a job. I told you, Mog asked if I’d like to give him a hand with this, as it’s big and there’s a whole load of clearing to be done.’

‘That mate of Dom’s who used to be an accountant. Lives in Canterbury.’

‘Oh, right, I remember.’ Libby felt she was shaking off the onset of senile dementia. ‘He married that nice girl Fiona, didn’t he?’

‘Now you’ve got it,’ said Adam. ‘And he went back to college to learn how to be a garden designer and now that’s what he does. When he can.’

‘There isn’t so much work around now, despite the fact that people still love the gardening programmes on TV.’

‘No, I suppose not,’ said Libby. ‘More people are digging up the flowers and planting vegetables, aren’t they?’

‘Exactly,’ said Adam. ‘But this job is fantastic and could put Mog on the map.’

‘Creekmarsh Place? Where is it?’

‘It’s just along the coast from Nethergate before the marshes begin.’

‘Where the Wytch comes out?’

‘That’s it. It’s actually on the banks of the Wytch. Tiny place, just a few houses, a pub and the Place.’

‘Sort of. Half of it’s derelict, or almost. It’s Tudor

‘’Course not, but the rest of the world is.’

‘But he does gardening programmes.’

‘He does home programmes,’ corrected Adam, ‘with gardens thrown in.’

‘So why isn’t he using one of his TV garden personalities to design his garden?’

‘Because they’re too famous to do that any more, and he wanted someone who could carry on looking after the garden. He met Mog at some band’s gig and asked him to show him some drawings.’

‘Wow.’ Libby stared thoughtfully into the fireplace. ‘So what’s he like? I’ve always thought he might be – er –’

‘Gay?’ suggested Adam. ‘Yes, he is, as a nine bob note, but what’s that got to do with anything? Two of your best friends are gay.’

‘I know that, but Lewis is the housewife’s favourite, isn’t he? Wasn’t he voted some magazine’s sexiest man?’

‘It was a bit of an old-fashioned magazine, as I remember,’ said Libby.

‘Whatever. He’s a great bloke. I get on really well with him.’

‘Oh, Mum,’ said Adam, making two syllables of her name and reminding her how young he still was.

‘Well, I’m really pleased,’ said Libby, ‘but what about this body?’

‘There’s this part of the estate that was really overgrown, bordering on the main lawn, which we’ve already been working on, and Lewis wants to turn it into a wildlife area, but with paths so people can walk through it.’

‘Is he going to open it to the public, then?’

‘He’s thinking about turning it into a venue,’ said Adam, sounding as though he knew what he was talking about.

‘Where? Oh, yes, where Harry and Peter got married.’

‘OK, but what about the body?’

‘Oh, yes. Well, I was using the mini digger to clear some of the undergrowth and Mog suddenly shouted at me. And there it was.’

‘Mog called Lewis, who’s in London – well, he was, but he’s come back now – and then the police. They’re finding out how old it is now.’

‘They think so. Well, not recent, anyway. There’s been a news blackout for the moment, so don’t go telling your friends Jane and what’s-’is-name, McLean.’

‘McLean’s hardly a friend,’ said Libby, amused. ‘And I don’t even know if he’s still with Kent and Coast Television.’

‘Young Jane’s nearly ten years older than you,’ said his mother, ‘but yes, she’s still there.’

‘Anyway, I expect it’ll be on TV tomorrow when they’ve found out how old it is,’ said Adam.

‘Where are you staying?’ asked Libby. ‘I thought you were still in London.’

‘Hardly, if I’m working down here. I’m staying with Mog in Canterbury.’

‘Nothing,’ said Libby hastily. ‘Don’t forget you can come here if you want.’

‘Otherwise it’s easier if I’m here. I can go to work with Mog as I haven’t got transport.’

‘I can always come and pick you up if you want to come here for a night.’

‘Don’t be daft,’ said Libby, feeling a blush creep up her neck. ‘Ring me tomorrow.’

The sound of the kitchen door opening heralded the entrance of Ben Wilde, Libby’s significant other, who spent most of his time at Number 17, Allhallow’s Lane, with Libby and Sidney, and the remainder with his parents, Hetty and Greg, at The Manor as estate manager. A former architect, Ben had sold his flat and partnership after meeting Libby and was trying to persuade her to move in with him permanently, or better still, marry him. Libby was having none of it. She insisted they were Living Apart Together, a fairly new phenomenon known as LAT and particularly popular with the thirty-nine to sixty age group, into which they both fell.

‘Drink?’ he asked after kissing her on the cheek.

‘Not yet.’ Libby stroked Sidney absently.

‘What’s the matter?’ asked Ben, coming to sit opposite her by the empty fireplace.

‘Nothing. He found a body.’

Libby eyed him thoughtfully. ‘That’s exactly what I said, but from a totally different perspective.’

Ben opened his eyes. ‘What do you mean?’ he asked cautiously.

‘I was worried for Adam. Finding a body isn’t something you would wish on anyone, let alone your youngest son.’ She looked away into the empty fireplace.

‘Sorry.’ Ben was contrite. ‘Can you tell me about it?’

Libby told him everything Adam had told her.

Libby shook her head. ‘It doesn’t look like it. Lewis Osbourne-Walker’s only just bought it.’

‘Who is he exactly?’ Ben got up to refill his glass. ‘Want one yet?’

‘Go on, then.’ Libby tucked her feet under her. ‘Lewis Osbourne-Walker is a television personality.’

‘I gathered that. But is he just a personality, or is he a real person?’

Libby grinned and accepted her glass. ‘Just a personality, I suppose, but quite a nice one.’

‘Not quite. He was a builder and general handyman on one of the home improvement shows and started getting so much fan mail they gave him his own show.’

‘What sort of show?’

Ben nodded. ‘We used to go sailing there when I was a boy. There used to be a very small sailing club at the mouth of the Wytch, and the grounds of the Place come right down to the river. But we always thought it was a bit spooky. There’s a lane that leads up beside it from the club, which disappears into the trees. Goes past the church, and the pub’s a bit further up on the main road.’

The Sun in Your Eyes by Deborah Shapiro
Hardcore: Volume 1 by Staci Hart
Sex Change: A Nina Bannister Mystery (The Nina Bannister Mysteries Book 6) by T'Gracie Reese, Joe Reese
Shallow Grave by Cynthia Harrod-Eagles
Charon's Landing by Jack Du Brul
Going Royal 01 - Some Like It Royal by Heather Long
Lyric and Lingerie (The Fort Worth Wranglers Book 1) by Tracy Wolff, Katie Graykowski
Death in the Pines by Thom Hartmann
League of Dragons by Naomi Novik
The Lost Landscape by Joyce Carol Oates