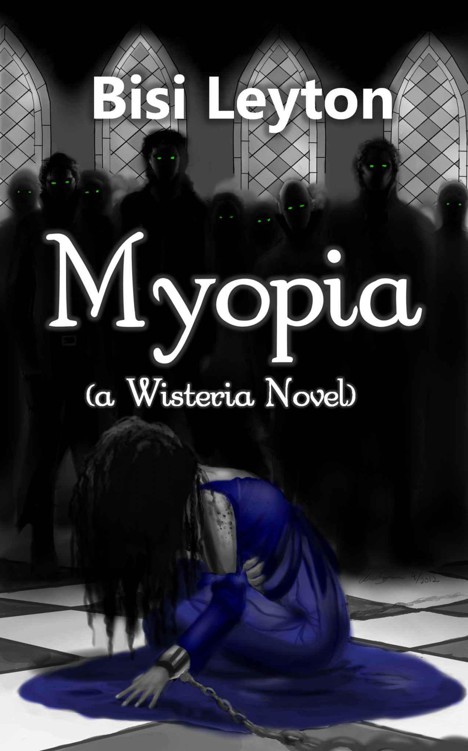 This is a work of fiction. Names, characters, places and incidents are products of the author’s imagination or are used fictitiously and are not to be construed as real. Any resemblance to actual events, locales, organizations or persons, living or dead, is entirely coincidental.

No part of this book may be used or reproduced electronically or in print without written permission, except in the case of brief quotations embodied for reviews.

I cannot imagine a world without you.

You give me counsel and advice

While your heart is large and kind,

And your joyful excitement about me just makes me happy.

And you are all always super excited to see and hear from me.

I dedicate this to you.

Biel Core:
A black orb used by the Family, to generate power and heat.

Biter:
A human infected with Nero’s Disease. Biters are extremely violent and only eat the flesh of healthy humans
,
also called the infected, fleshers, and flesh eaters
.

Beacon:
A detached faycard that is placed and embeds in a person, mainly Family, and can be used by the embedded to track or trace them across realms.

Bridewell:
The prisons underneath Jarthan castle.

Burnfruit:
A brown fruit indigenous to the Family’s realm.

Cohort:
Small unit of the Family, traveling together.

The Cure
: Euphemism for killing an infected biter.

D’cara:
An insult in the Dialect.

Dark Glass
: Substance thresholds that are made of Earth.

Darkroot
: A spray or mist that forces Famila to regenerate.

Den:
Houses or accommodations used by the Family while on Earth.

The Dialect:
The language spoken by the Family.

Draug:
Famila infected with a condition that makes them violent and cannibalistic.

Eminent
: Title given to the Famila by the Thayns.

Famila:
A member of the Family’s race.

Far Eye:
Artifact used to communicate by the Family.

Faycard:
Device used by the Family to renew humans. It looks like a playing card. The faycard was a powerful focal point of the energy used by one of the Famila, also can be used for playing simple tricks on children and Terrans.

Flesh Eaters:
Another term for biter.

Flesher:
Another term for biter.

Great Walk
: The rite of passage every male in the Family must go through. It lasts 1,000 days.

Haro Caste
: The lowest caste in the Family. They work with the Thayns.

The High Street:
The main business street of a town and the British version of Main Street.

Ilac Caste:
The second highest caste of the Family and includes sentinels, empirics and the Lords.

Ino Caste
: The highest caste of the Family and made up of the leaders.

Intended
: The person to whom another Famila has been pledged.

Jade Ocean
: A green ocean near the Family’s home.

Jaga:
A racial slur used by some Famila to insult humans. It is even more offensive than the term
Terran
.

Journeying:
To travel between realms via the thresholds.

Lead empiric
: One of the five chief empirics in the Family.

Leviathan:
A giant sea dragon that lives in the Jade Ocean.

Liege
: The master /mistress of a Thayn. The Famila who renewed a Thayn and to whom the Thayn is loyal.

Mongrel:
A derogatory term for a person who is part Famila and part human.

Mordin:
The third highest caste of the Family.

Mosroc
: A
deep
emotional and mental bond between two people in the Family.

Obsidian Coral
: Red coral used by the Family that enables them to journey through thresholds without dying, as thresholds are very dangerous and will rip any traveler apart.

Piron Net
: An artifact used by the Family to conceal their dens on Earth from humans.

Pit:
A mini bunker that holds one or two people.

Pledge:
A long term betrothal or engagement between Famila.

Pulse
: A blue light that emanates for the Family. The blue light has many uses including: converting of humans to Thayns, healing the injured Family, healing humans.

Prime
: The first child and heir of a Sen.

Qwaynide
: An insult in the Family Dialect.

Regeneration
: A period of long rest during which Famila heal themselves.

Renewal
: The process of turning humans to Thayns.

Rhodium
: A white precious metal of great value to the Family.

Sen
: A chief and head of a Family Pillar.

Sen-Dra:
The spouse of a Sen.

Sen-Filla
: The daughter of a Sen.

The Seven Elders
: The heads of the seven Pillars of the Family also referred to as the
Seven or Elders.

Shana
(singular and plural): Tattoo-like dots on some Famila.

Sixth Form:
Equivalent to American 11
th
and 12
th
Grades. It is the combination of Year 11 and Year 12.

Sleepwalker
: What other humans call Thayns.

Terra
: The Famila word for Earth.

Terran
: What the Family calls humans. It means Dirt people.

Thayn
: A human who has been turned into a devoted follower of the Family by being renewed, also called
Sleepwalkers.

Threshold
: A Gateway used by the family to travel between realms.

Vappa:
Means jerk or ass in the Family’s Dialect.

The Saint's Devilish Deal by Knight, Kristina
Avalanche by Julia Leigh
Tag, You're It! by Penny McCall
With Her Kiss (Swords of Passion) by DeLand, Cerise
The September Garden by Catherine Law
Gilgamesh : A New Rendering in English Verse by Ferry, David
This Is Gonna Hurt by Tito Ortiz
Wed to a SEAL (Hot SEALs) (Volume 8) by Cat Johnson
Fighting Ever After (Ever After #3) by Stephanie Hoffman McManus
Nyteria Rising (The Thirteenth Series Book 3) by G L Twynham