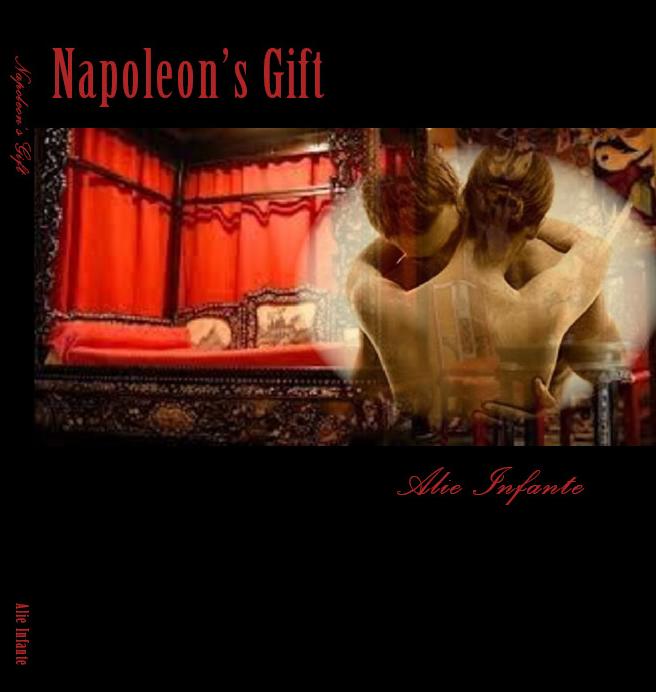 All rights reserved. No part of this book may be reproduced, scanned or distributed in any form, including digital and electric or mechanical, including photocopying, recording, or any information storage and retrieval system, without prior written consent of the author, except for brief quotes for use in reviews.

This book is a work of fiction. Characters, names, places and incidents either are the product of the author’s imagination or are used fictitiously, and any resemblance or likeness to actual living or dead persons is entirely coincidental.

This book contains a Southern Dialect, so speech of certain characters may appear as typos, however they are not. It is a dialect, written to give the book the nuances and temperament of what Old Nworlens once was in its history.

To my amazing
Kidlets who through some of the worse circumstances in life have made mamma proud with Master’s PhD’s and BA’s.

To
Carin: my gurl who works tirelessly and for free to make sure we have something great; you’re the best sweets even if Reviewers give you crap for missed typos.

Thanks Mom for always being you.

To my Creole Nanna…my inspirations for this book.

To my students who continue to inspire me every day,
you are the greatest.

To my own
lil Betta readers, much love!

You make me proud to say that I am an author…

Other Books by Alexandria Infante

A Slow Time to Love

A King among Thieves

One Foot in the Grave

I had
been on this plantation, since my birth.

I thought as I walked across the southern most part of the plantation, closed my eyes, and just breathed in the scent of the copper colored irises. I figured old J
immy must have mixed the flowers together when he’d planted them, because the front of the plantation sprouted what everyone knew as one of
Louisiana’s flowers
, the blue irises, however the north side had what you might call multi-colored, because they were yellow, white and pink.

Moreover
, when the morning sun played off the copper color, it was one of the most beautiful sights anyone could behold.

I knew Haven Plantation like the back of my hand, but that still did not mean I was at home. It was a beautiful place to be, granted. The old moss hanging from the tiptop of the house, the giant-blue swamp irises, which surrounded the front porch, the magnolias surrounding the garden, the pink hibiscus flooding the walkway, and the lush greenness of the grass, thanks to the mighty rainfall we had each year. Even to that old swing on the veranda Mr. Jones should have had taken down ages ago, to the smell of warm bread coming from Mary’s kitchen, always gave me some kind of comfort, even if my life was not what I wanted it to be.

There was no place on earth like New Orleans
; at least, that is what I heard the white men say down on the Basil-leaf Plantation.

The people here ranged in a variety of colors. From what I knew, when Nworlens was founded, there
were Americans, French, Creoles, Irish, Germans and lastly, Africans. Nevertheless, like most things taboo, you got a mixing of sorts as well, so no one was any one thing anymore.

I did
not know much about her, except what Granny told me, and she had said my mother was beautiful. I saw a portrait of her once, hidden in Mr. Jones’s bedroom. Deep brown color, which seemed like the very sun itself, had kissed her skin expressively, beautiful slanted brown eyes, and the whitest smile anyone had ever seen. Granny said Mr. Jones had taken a liking to her, and nine months later, I was born.

Unfortunately, she
had not been able to bring me into this world without, what the doctor called
complications
.

She died giving birth to me.

I tend not to think about it though, or all my days on this earth so far would be full of sorrow. To know I caused her death, weighs heavy on the heart, but Granny says I cannot look at it like that. She gave me the gift of life, by giving me hers. It still hurts like the devil though, every time I pass her grave.

Now Granny, she was such a character.

Marié
lived 74 of her 89 years on Haven Plantation. Born in 1781, my grandmother was a French colored free woman, from the island of St Domingue. My great-grandparents were some of the first freed coloreds to own their own land in the islands; however, because of a coupe, Napoleon being upset with
Toussaint L’Ouverture
, she and others like her were shipped back to France; and although still free, many were forced into manual labor. Her parents died soon after that, and Marié at the age of 15, indentured herself to servitude to Tobias Colum Jones Senior, hence her stay on the Haven plantation. She was never treated as a slave though, because Mr. Jones Senior knew she was not. That was the beginning of a prosperous relationship between Mr. Jones Senior and Granny.

There
was not one thing about the people, this plantation, or how to run it Granny did not know. Even after Mr. Jones Senior passed, Mr. Jones Junior relied on Granny nearly all his life, because Granny worked for his father, so he knew he could trust her.

I smiled to myself as I thought about my
Grand-mère. She was French New Orleans through and through. The reason I could read, write and speak French was because of my Grand-mère. Even though back then it was illegal in many parts of these United States for slaves to read and write, Mr. Jones Senior made sure Granny could. If she were to run his plantation, because despite what most people thought, whites do not do what Granny called domestic work unless they were poor, they leave it up to their head slaves. Not a slave by any means, it was still what most whites perceived Granny as, so Mr. Jones Senior knew she would need to do both in secret.

The
peculiar thing was Mr. Jones Junior never married. I was sure he had visited Madame Soleil’s in his youth, but as far as a wife, he had never taken one.

Whenever I asked
Granny why, she would just smile and say Anaïs, which was my mother’s name.

I sighed as I came across the back end of the plantation.

Granny was not doing so well these days, even if she said she was. I would sometimes see her when she thought no one was watching, and the faces she made, let me know she was in more pain then she cared to let on. She worried me lately, because I did not really know anyone her age anymore. Old François down on Harbor was 78, Josiah down at Basil Leaf was 81, and Millie was 82, but none as old as Granny was.

Nevertheless
, if you wanted to know New Orleans, the happenings, the gossip and the things most of the rich white plantation owners tried to conceal, just ask those four, and you would have a birds-eye view.

Many people
did not know it, but New Orleans was named for
Philippe d’Orléans, Duke of Orléans
, who was Regent of France at the time. His title came from the French city of Orléans. New Orleans itself is a principal port, to nearly everywhere.

Heard them say that too.

The climate here is what Mr. Jones calls humid subtropical, but the wonderful thing is we have short, mild winters, even if we do have hot, humid summers. Yearly, our summer months are the wettest, while mostly October is the driest.

Granny told me that the Haitian Revolution, which ended in
1804, established the second republic in the Western Hemisphere, and was the first led by blacks. It occurred over several years in what was then the French colony of Saint-Domingue. She said thousands of refugees from the revolution, both whites, free people of color, or what we call
affranchis, gens de couleur libres
, arrived in New Orleans, often bringing African slaves with them.

While
the Governor at that time, Claiborne and other officials wanted to keep out more free black men, the French Creoles wanted to increase the French-speaking population. As more refugees were allowed into Louisiana, Haitian
émigrés
who had first gone to Cuba also arrived. Many of the white francophones had been deported by officials in Cuba, in response to Bonaparte’s schemes in Spain.

As a principal port, New Orleans played a major role in the slave trade. Its port also handled huge quantities of commodities for export from the interior and imported goods from other countries, which were warehoused and then transferred in New Orleans to smaller vessels and distributed the length and breadth of the vast Mississippi River watershed.

Dwarfing in population the other cities in the South, New Orleans had the largest slave market in the domestic slave trade, which expanded after the United States’ ending of the international trade in 1808.

Two-thirds of the more than one million slaves brought to the
Deep South
arrived via the forced migration of the domestic slave trade. The money generated by sales of slaves in the
Upper South
had been estimated at fifteen percent of the value of the staple crop economy. Slaves as we knew were a market all their own, both white and colored.

Everyone knew exactly what went on there.

However,
I had never seen a colored girl in her establishment. If I was correct, most of the girls were imported, indentured servants, and the like. The colored girls mostly worked the waterfront.

Island Beneath the Sea by Isabel Allende
The Lost Witch by David Tysdale
2#Stolen by the Alpha Wolf: Shifter Romance (Deliberate Theft) by Hartnady, Charlene
The Body of Christopher Creed by Carol Plum-Ucci
Welcome to Temptation by Jennifer Crusie
The Hockey Sweater and Other Stories by Roch Carrier
Bodies in Motion by Mary Anne Mohanraj
Making Choices (Black Shamrocks MC Book 2) by Kylie Hillman
You'll Like It Here (Everybody Does) by Ruth White
Dog On It by Spencer Quinn