Read In the Name of Love Online

In the Name of Love 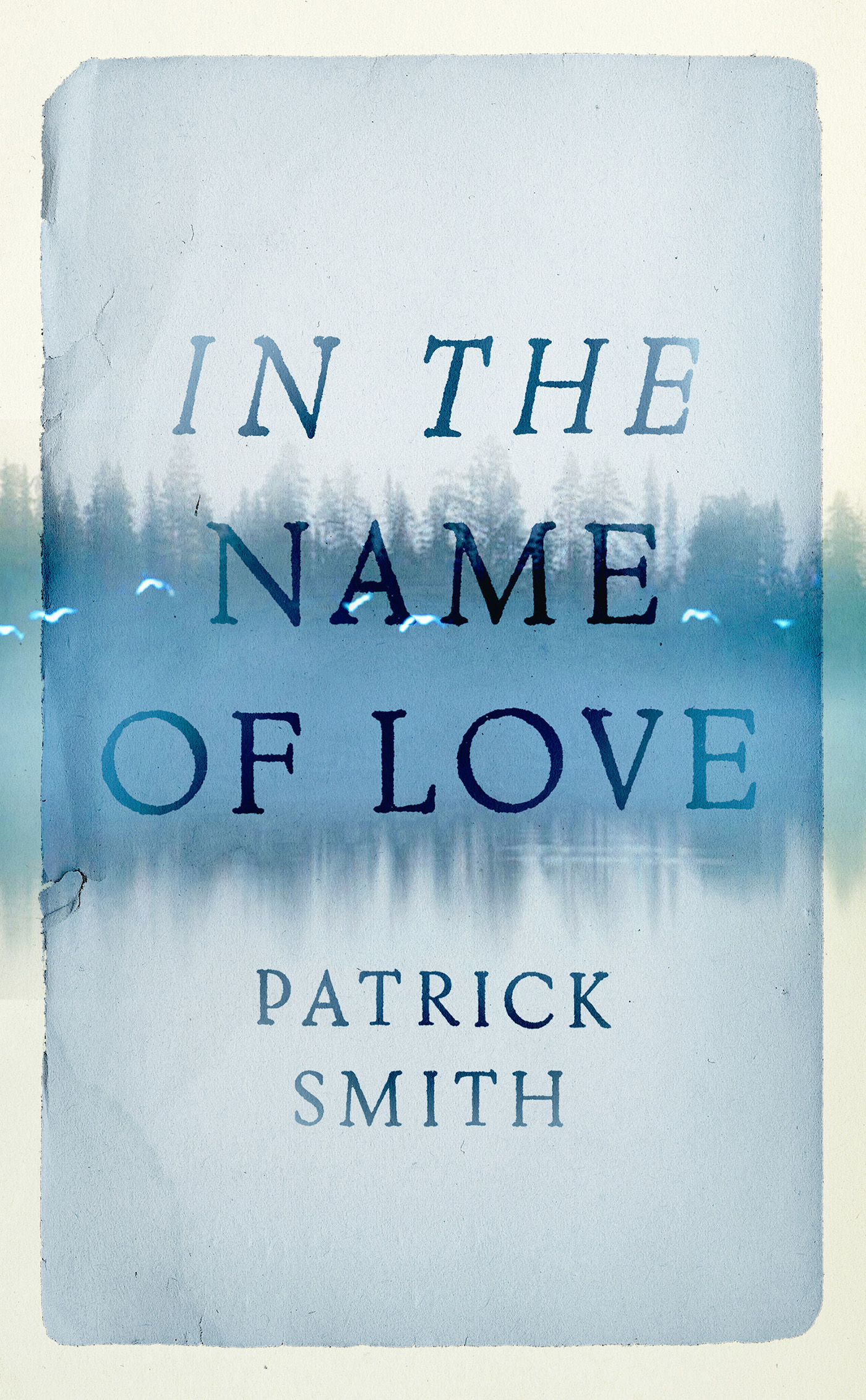 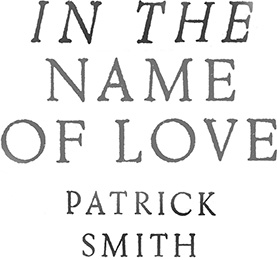 About
In the Name of Love

To Einar, Martin, Jim – three stars among the Northern Lights

He got up quietly, left a note, went out. Walked until he stood on Bromskär headland, staring at the island. The sea was flat as pewter in the dawn light.

The sun had risen when Carlos and Zoë came to find him.

‘Everything all right?’ Carlos called.

Zoë asked him if the little headland had a name. He said Bromskär, and Carlos said right away, ‘Isn’t that where the Arab family live?’ Before Dan could reply, Carlos started explaining to Zoë. ‘They were talking about it in the store. Some girl was killed out there a while ago. Seems they’ve taken in a young Arab guy who was living with the family.’

He turned back to Dan. ‘I guess you know about that.’

‘I don’t give much for his chances. Arab-bashing’s really taking off in Sweden,’ Carlos said. ‘Just like in the rest of Europe.’

‘Come on, it’s our last morning,’ Zoë told them.

They walked on, the three of them together. Zoë loved the island, the forests and the meadows, the rocky coasts, the small hidden beaches. She and Dan had quickly become friends. In their very different backgrounds they found com­mon traits, a liking for silent contemplation of the beauty around them, for moments of withdrawal which did not exclude others but rather invited them to share. Carlos more easily vocalized his feelings. He had the same knack of easy conversation that had made his mother so lively and so liked. All in all it had been a fine autumn week of catching up and getting to know each other, of cooking meals together, of sitting outside through mild evenings that continued as though in welcome.

Before they left Carlos said they’d be back in the spring, this time for a longer stay.

Dan said it was. It was very much all right. And they laughed.

They did not come back in the spring.

They’d been shown to the room where Carlos’s father lay when a man wearing an open white coat came in and introduced himself.

‘I’m glad you managed to get here,’ he said.

‘We were abroad,’ Carlos told him shortly. ‘Do you mind if we speak English? My wife’s American.’

‘We don’t yet know for sure but it’s likely that a certain amount of left hemisphere functioning is already lost.’

The doctor spread his hands. ‘If he does, the damage will be considerable.’

‘Will he be aware of what’s going on?’ Carlos asked.

After a few more minutes the doctor said he had to go. ‘We can talk again tomorrow.’

Carlos stood at the end of the bed and looked at the stand with the tubes, the plastic bags. One was nutrition, but the other? A drug? Scarcely morphine – his father was in a deep coma. He made a mental note to ask the doctor tomorrow. Then he thought, What does it matter?

They stayed six days. When they came back at the beginning of October there was a new doctor but no change in Dan’s condition. Carlos asked if any change was likely.

‘He may enter a vegetative state.’

‘What does that mean?’

‘He’d be in a state of partial arousal but not awareness.’

‘How can he be awake and be unconscious?’

‘He’ll probably be able to perform certain bodily acts, like opening his eyes or swallowing or grunting or screaming. He might even smile or cry, but none of these would mean that he was aware of what he was doing.’

‘How long can he go on like that?’ he asked the doctor.

‘Months. Years. Until he dies,’ the doctor said.

She looked at the doctor. ‘Can he hear us?’

‘No, not in the usual sense. His brain might continue to process sound waves into words and so on but there’s no higher-order function left to integrate them.’

‘Is there no way of checking how much of it is damaged?’ she asked.

‘Assuming there are neurons for consciousness,’ the doctor said, ‘we don’t yet know where they are.’

‘The human brain has up to a thousand billion connections,’ the doctor said. ‘They may all be mapped one day, but we’re not there yet. Not by a long shot.’

They stayed until mid-afternoon. Halfway through the next mor­ning, when Carlos came back from getting them coffee, he said, ‘The whole thing is coming up again. It’s in the local paper. The woman at reception told me some journalist rang after we’d gone yesterday. He’d like to talk to me. For fuck sake!’

Before they left they went to see the doctor about it. He assured them that no journalist would be allowed into intensive care. ‘You can leave by the staff door if you like. I’ll tell reception you’re not taking any calls.’

As they walked to the car Zoë said, ‘He knows.’

‘Of course he knows. It’s in the papers. The woman at reception said it was the same journalist who covered the story originally.’

At the hotel Zoë suggested they move out to the house on the island. Even with the ferries, the trip would only take forty or fifty minutes.

‘And have this journalist knocking on the door? Anyway I don’t want ever to set foot in that house again. Not after what happened.’

‘We know that he used her, he admitted that. The kid was barely out of a mental home. His blood was on her for God’s sake, his semen in her vagina. Zoë, it was despicable, there’s no other word for it. Twice as despicable to do it in the bed he’d shared with my mother the night before she died. He admitted all that. It made me sick. When they asked him why he’d made use of this kid, d’you know what he said?’

Carlos sat in the chair at the foot of the bed. There were two days left before they were due to fly back to New York.

‘He knew about it that day we talked on the island and he said nothing. When I realized that I realized I didn’t even know what sort of man he was. Or how my mother came to marry him. If only you’d known her.’

After a moment she said, ‘I’ve tried to imagine what I would have done in his place. Maybe I wouldn’t have said anything either.’

‘He hadn’t seen you since your mother’s funeral. He was looking forward to you coming. He must have missed you so much, Carlos. Missed his old life.’

‘His new life was what he made it. And it was sick, there’s no other word for it. Preying on a bombed-out kid. Why didn’t he go out and meet people his own age?’

Zoë was sitting near Dan’s head, her hand resting on the edge of the bed while she looked at Carlos.

‘He wanted us to come back, Carlos. That was why he didn’t talk about it.’

Carlos got up and walked to the window. He stood for a long time, looking out.

Carlos went on watching the trickles of rain run down the outside of the double glazing.

‘It explains enough for us not to need superstition to understand life.’

‘If evolution gave us atheism, what does atheism do for us? Improve our mating prospects?’

The doctor came in. Carlos asked him at once if there was any point in continuing.

The doctor said, no, almost certainly not.

‘What’s the procedure to end it?’

‘Yes. Your predecessor helped me make the court application the last time we were here.’

‘As his legal guardian, you make a formal request. If it’s considered that he won’t recover, the matter will be brought before the ethics committee.’

‘Okay. I want that,’ Carlos said. ‘I want to make a formal request.’

When the doctor had gone Carlos stood looking at Zoë.

‘What else is there to do?’

‘Nothing,’ she said. She started to cry.

The first night Dan and Connie spent in the house on Blidö was 7 June 1984. They’d taken an early boat from Stockholm, loaded with sheets, towels, tools, utensils. All that day they stayed indoors, getting the place in order. After dinner the next day they took a walk in the silence of the bright Baltic night. They walked along the coast, past the fishermen’s church that stood on a promontory. The small cemetery turned out to be a lawn with beautiful granite boulders and faded tombstones. Connie said how nice it must be to be buried there. Dan thought it strange even then; she didn’t believe in an afterlife any more than he did. She took his hand though and said, ‘Oh look!’ Still an hour from midnight the sun was flaring low across the water and over the graveyard grass. A moment of wonder that was to stay with him.

The day had been hot and still, but now a breeze came up. It chopped the sea into little sharp-edged waves. The sun, so low that it shone through the crests, changed the colour of the water from crimson to something neither of them could pin down. They stood there waiting for each peak to rise high enough to catch the light where the water thinned just before it broke, and tried to think of a name. Cochineal. Vermilion. Cinnabar.

‘Rufous,’ he said in English.

‘It’s a word,’ he said. ‘I swear it is.’ Then he saw it: the blood-red edges seeping into the carmine. The tips of the crests were light as lace when they began to fly off in the wind.

On their way home, she was still holding his hand as they walked through the forest. She said that she had never seen the sea like that before, it reminded her of an old photograph she’d once come across, a hand-coloured sepia picture of the archipelago taken a hundred years ago.

And it was then she fell, crumpling beside him.

The path was uneven and he thought that one of her shoes had slipped on a stone. Her head struck a boulder and rolled over on the side, showing a cut above her eyebrow. She lay with her arms out. He knelt, calling her name. Her eyes were open but she didn’t seem to see him. He ran to a summer house and hammered on the door. While they telephoned for the helicopter ambulance from the mainland he ran back. Her breathing, so short and harsh, was very strange and it filled him with dread.

Young Love Murder by April Brookshire
Darren Effect by Libby Creelman
The End of War - A Novel of the Race for Berlin - [World War II 02] by David L. Robbins
Broken Fairytales by Alexander, Monica
Tara by Lesley Pearse
Inked in the Steel City Series by Ranae Rose
Someone Else by Rebecca Phillips
Lars Kepler 2-book Bundle by Lars Kepler
A Fireproof Home for the Bride by Amy Scheibe
Tales of the Cthulhu Mythos by H.P. Lovecraft