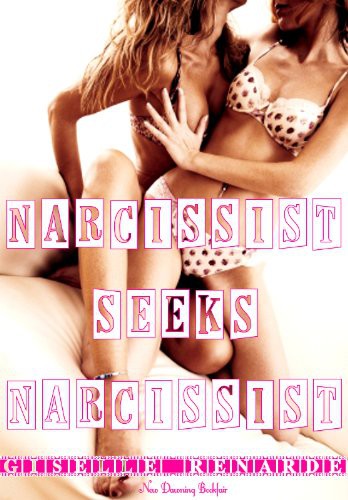 “
W
hat’s that you’re scribbling, darling? It’s about me, isn’t it?” Szuszu reached across the table, nearly knocking over her backup scotch and soda. “Hand it over, Babs. Let’s have a look.”

Babette pressed the cocktail napkin flush to her chest, setting down her slim gold pen. “It’s nothing, Szusz. Just my shopping list.” She shook her head, eyes wide, guilty as sin. “Just my groceries.”

“Shopping!” Szuszu cackled, knocked back the scotch in her hand, then slammed the glass down on the table. “Darling, you haven’t done the shopping since you shacked up with that dairy cow you call a wife. You don’t need to shop -- just bend the old hausfrau over a bucket and you’ve got your milk for free.”

“Leave Matilda out of this.” Babette shoved the cocktail napkin in her jacket pocket.

“Ah!” Gazing across the table through the amplifying lens of an empty scotch glass, Szuszu pointed to Babette’s chest. “There! I see what you’ve written. It’s all smeared across your tits, darling.” Squinting, she tried to make out the loopy handwriting smudged on Babette’s skin. “noitaroda… lautum… rof… What is that, darling, Latin? Or have you had a stroke?”

Babette glanced down at the writing on her chest, wetting another serviette with Szuszu’s next scotch and rubbing it over the pen marks. “It’s backwards, darling. It’s an imprint, you know.” After setting the wet serviette down on the table, she pulled the dry one from her pocket. “Fine, then. Fine, if you’re so curious. Here it is. That’s what I wrote.”

Squinting at the flimsy square of paper, Szuszu held it up close and then away from herself, but the words still wouldn’t come into focus.

“I think you need to get yourself a good pair of specs, Szusz.”

Szuszu’s eyes twitched at the blasphemy. “Nobody wears glasses, darling, except librarians and Elton John. I was a model, you know.”

“Yes, I know, Szusz. Everybody knows.” Babette rolled her eyes like a teenager. “You do realize you’ve gone up to every person in this bloody lounge to tell them
I was a model
?”

“Well, I was on the cover of all the magazines in my day.”

“In your day, right, you were. Headlines read: W
ar is over. Szuszu greets sailors at port
.”

An overwhelming desire came over Szuszu to kick her dearest friend in the shins, but when she let loose, her snakeskin boot met the cylinder of metal holding up the table. “Oh, for Christ sake,” she moaned, rubbing her toe. “If I wasn’t legless, I bet that would smart.” Defeated, she handed the napkin back across the table. “Here, read this for me, Babs. I can’t see straight.”

“Can’t even think straight,” Babette mumbled. “All right then, you want to know what I wrote while you were babbling on about your glory days? I wrote up a personal ad, darling: Narcissist seeks narcissist for mutual adoration. Turn-ons include mirrors, soup spoons, darkened windows, and other reflective surfaces. Must enjoy photo albums, the sound of her own voice, and endlessly reliving days of cover girl glory. Doppelgangers will receive preferential treatment—see attached photo. Looks trump substance. Models preferred. Serious enquiries only.”

When Babette had finished reading from the serviette, Szuszu offered weak applause. “So you’re going to dump the dairy cow after all these years. Good show, darling. It’s about time.”

Babette’s ears turned bright red and she shook her head. “I am not dumping anybody. This ad isn’t for me--it’s for you. You’re the narcissist, darling. You’re the one unlucky in love.”

“Luck has nothing to do with it, Babs.” Szuszu polished off the last of her scotch and held up her glass for more. “I’m not like you, darling. I don’t buy into your little cult of Noah’s Ark, everyone in neat little pairings.”

“It’s hardly Noah’s Ark if it’s full of lesbians,” Babette muttered. “Only, I think you’d be happier if you had someone to share your life with.”

“Well, I do, darling. I have you, don’t I?” Szuszu took a sip of her replenished scotch, and the taste made her sputter. “Babs,” she hissed, “this tastes Welsh. Have a swig and tell me what you think.”

“Perhaps it was served by a Welshman. Did you see who poured this drink?” Rising on unsteady feet, Szuszu asked the lounge, “Did anybody see a Welshman pouring my drink?”

“There are no Welshmen in this country.” Babette smacked her fist against the table. “Now sit down and shut up. I’m trying to tell you something.”

She fell into her chair, her bony ass smacking the seat so hard she felt it through her spine. In preparation, she took another swig of scotch. It still tasted funny. Maybe her taste buds had jumped ship.

“We’re going away for a time, Matilda and I.” Babs folded her hands over her heart. “Not forever, darling, only on holiday…but rather a long holiday, I’m afraid.”

In the back of her mind, Szuszu knew she ought to react, but her heart felt frozen. “How long is long?”

“Six months, at the very least. It’s a bit of a world tour sort of thing.”

“A world tour…” Szuszu tried to blink, but the folds of her eyelids were stuck together. “Well, I can come along, right?”

Babette reached across the table now, trapping Szuszu’s hand under hers. “I’m afraid not, Szusz. It’s a bit of a second honeymoon sort of thing.”

Szuszu took a swig from one of the other scotch glasses littering the table. “But darling…”

“You can’t leave,” she said. “Who will I drink with when you’re gone?”

Shaking her head, Babette released a deep sigh and handed Szuszu the serviette. “I only wrote this ad to amuse myself, darling, but I’m beginning to think you really need it. You just can’t survive on your own, now can you?”

Szuszu flattened the wrinkled napkin against the table as Babette rose to her feet. “Will you post this for me before you leave?” Szuszu asked. Her eyes were too hazy to make out the words on the paper. “And make sure to attach a picture from when I was modeling. You know I like my girls a little younger.”

“To think,” Babette mused, heaving Szuszu to her feet. “Matilda and I will be hiking in the Rocky Mountains and we’re bound not to see as many cougars as there are in this lounge right now.”

Resting her heavy head on Babette’s shoulder, Szuszu closed her eyes and laughed.

The lounge manager took Szuszu by the hands and planted two Hollywood kisses on her cheeks. “Beautiful as always, my dear.”

“Kenzo! I need some privacy and a prime location tonight,” Szuszu told him. “Somewhere with a clear line to the entrance. I’ve placed an ad, you see.”

“But,” he went on, “we talked about this the last time you put out an ad: I simply can’t allow prostitution in my establishment, not even for you.”

She whacked him in the chest with the back of her hand, and nearly tumbled over in doing so. “A personal ad, Kenzo! A personal ad! On a dating site!”

“Oh!” He chuckled politely, tossing his head to one side and leaning back. “I do apologize. An easy mistake.”

“Right,” she grumbled, settling into the curved velvet booth near the darkened window.

Darling Kenzo brought her a couple scotch and sodas, and when she was finished with them, he brought over a few more. Time was always a hazy concept, but when she felt as though she’d been waiting quite a long time, she told Kenzo, “I specified in my ad that I’m looking for a girl who resembles me, all right?”

Kenzo nodded. “I understand, Szuszu, baby. If I see a decomposing rat skeleton in a blond wig, I’ll be sure to send it directly to you.”

“Yeah, thanks, darling.” She’d stopped listening, but grabbed hold of his hand when the lounge door swung open. This could be her doppelganger. This could be the woman who was so like her, so physically similar and devoted to the same ideals that they’d fall for each other in an instant.

A young woman in leopard tights stepped into the lounge and Szuszu’s heart thumped hard as she cast her gaze around the room. All Szuszu’s dreams, or at least the ones in recent memory, were coming true. “That’s her! My twin, my mirror image—that’s her!”

Kenzo writhed in her grip, but she wouldn’t release his hand. All he said was, “
That’s
her?”

“
H
oly crap, that’s her!” Naomi tapped her chewed up fingernail against the lounge’s darkened window. “That’s Szuszu! That’s her!”

Erin shielded her eyes against the glare from the streetlights and looked through the glass. When she turned her gaze back to Naomi, she looked like her eyes were about to pop out of her head. “
That’s
her?”

Digging through her big-ass purse, Naomi found the magazine she’d had in her possession for nearly as long as she could remember. She flipped through the weathered pages until she arrived at the spread that had put her to bed -- if not to
sleep
-- as she discovered her sexual self.

“I can’t believe a huge model would resort to taking out a personal ad.” Naomi felt absolutely giddy.

“I can’t believe any intelligent woman would resort to answering one,” Erin shot back.

Naomi raised an eyebrow. Comments like that made her feel like a bit of a moron, but nothing could douse her enthusiasm. “Well, we can’t all marry our bosses, now can we?”

Before Naomi could apologize for being catty, her best friend said, “Besides, this chick’s, like, twenty in those pictures, and she’s how old now? Like, a hundred?”

Naomi watched through the window as the woman whose photo spread she’d spread herself for all those years knocked back a drink. Szuszu imbibed like a cowboy in a western saloon, and that image made Naomi tingle. “So she’s a little bit older. So what? Your husband’s older than you.”

“That’s different.” Erin cleared her throat, but didn’t explain how or why her case was so unique.

“No it isn’t. Besides, she obviously has a great sense of humor, if her personal ad is any indication. I love that she doesn’t take herself too seriously, you know?”

Erin read Szuszu’s ad again. “I don’t know, kid. What if she’s serious? What if she really is a huge narcissist and she’s expecting some anorexic supermodel to walk through that door?” Erin glanced quickly up at Naomi, and then shifted her eyes back to the personal ad just as fast. “I mean…you know I love you, but you don’t exactly fit the bill.”

Naomi stepped back from the window until the glare allowed her to see her own reflection in the glass. She wasn’t very tall, but she wasn’t particularly short, either. Everybody told her she had a pretty face, and she believed them, but always with a grain of salt. That’s what people told fat girls to raise their self-esteem, wasn’t it?
Such a pretty face!
Like her grandmother, pinching her chubby cheeks as a child.
Such a pretty face!
She did like her hair, though. The cut and color Erin had suggested looked great: dark with bright red strands sweeping across the front and kind of spiky at the back. It suited her.

My Alien Warrior by Ashley West
Mesmerizing the Cheerleaders (Magical Mesmerism) by Nightside, Nadia
Sharecropping The Apocalypse: A Prepper is Cast Adrift by Ron Foster
Saint Peter’s Wolf by Michael Cadnum
To Each Her Own (The Swirl Book 1) by Sylvia Sinclair
The Legend of the Phantom Highwayman by Tom McCaughren
By Night in Chile by Roberto Bolaño
Something Had to Give by Trish D.
Double Play by Kelley Armstrong
Straken by Terry Brooks