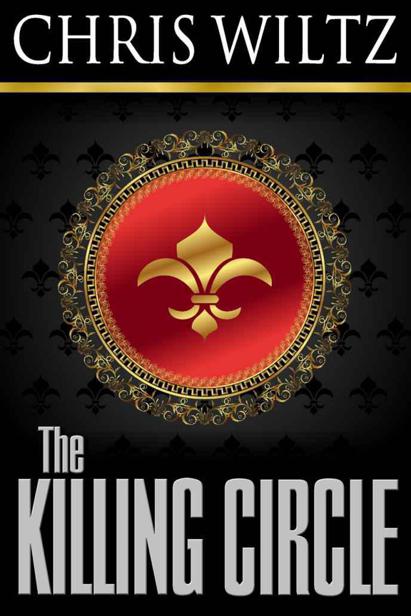 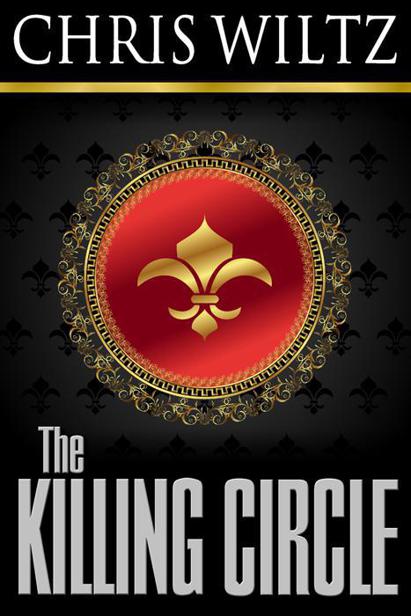 A Diamond Before You Die

The Last Madam: A Life in the New Orleans Underworld

All Rights Reserved © 2012 by Chris Wiltz

No part of this book may be reproduced or transmitted in any form or by any means, graphic, electronic, or mechanical, including photocopying, recording, taping, or by any information storage or retrieval system, without the permission in writing from the publisher.

The novel is a work of fiction. Names, characters, places, and incidents are either the product of the author's imagination or are used fictitiously. Any resemblance to actual events or locales or persons, living or dead, is entirely coincidental.

11.    Old Friends Getting Together

16.    What Was Stanley Garber Thinking?

If you have form'd a Circle to go into,

Go into it yourself and see how you would do.

Whenever the old man pops a beer at seven in the morning, things are off to a bad start.

Every once in a while I get what is a sort of homesickness and run over to my parents’ house in the Irish Channel for breakfast. My mother and Mrs. Tim, her next-door neighbor, had already finished hosing down their steps and galleries, since even at this hour the day promised to be a typical New Orleans scorcher. It's this early morning Channel bustling I miss. Children born in the suburbs remember summer days and the sounds of lawn mowers. The sounds of my childhood are hoses on the verandas.

The front door on my parents’ side of the double was open but the screen was latched. As I went around to the back, I could hear the kids, my sister's kids, screeching through the shotgun rooms. Reenie, who lives with her husband in the other half of the double, had probably gone back to bed. I sympathize with the old man for having to take noise at this pitch so early in the morning. And this was August, the third month of no school, so undoubtedly he was under a lot of pressure. For that matter, he could have been on his way to the refrigerator, but I think it was the sight of me in the kitchen doorway that set him in the direction of the beer.

He was running around in his U-shirt and shorts and he grunted when he saw me.

My mother, on the other hand, was glad to see me. She immediately started pouring coffee, frying more bacon, and catching me up on the family news. Reenie was pregnant with her third, but according to my mother's logic, this was okay, since Michael had passed his test and was now a full-fledged sergeant in the New Orleans Police Department. It was out before she could stop it. The old man came alive.

“Yeah, ain't that somethin’, Neal? Just think, you could be a lieutenant by now,” he said. My mother rolled her eyes heavenward. I knew she was praying. I wished I had gone to the Hummingbird for breakfast.

He was all puffed up. “Yeah. Came in right up at the top of the class. Third, wasn't it, Mama?” Ma nodded and put breakfast on the table.

“So how's Reenie feeling?” I asked. The old man wouldn't be diverted, but all I needed was enough time to bolt breakfast before he started in earnest.

Ma was quick. “Oh, the poor darlin’, Neal. She's just as sick as can be every mornin’. She waits until I finish up with breakfast and then comes over for soda crackers and Coke. The smell of bacon frying makes her sick somethin’ awful. But she's thrilled, Neal. And the kids are, too. They can't wait for the baby to come.”

We chitchatted the subject to death, but the old man was ready. The first pause and he jumped in with both feet.

“I went and talked to the Captain, Neal.” This sounded ominous. “He agrees with me that now that Angelesi's out and the whole thing is forgotten, you could get reinstated with no problem.”

This was new territory. I had expected the usual reminiscing about the good ole days, his twenty-five years with theNOPD, the best years of his life, the lead-in to how I had ruined mine by messing with politicians like Angelesi and having to resign from the force before the Captain was forced to fire me.

Ma must have known this was coming because she had cleared out. I listened to the ironing board squeak in the next room as she ironed her doilies while I tried to think of something to say that wouldn't get him riled.

“I like the Captain, Dad. I'm glad he doesn't think too badly of me.”

“Badly of you?” He smiled broadly. “He says you were a top-notch cop. Says it must run in the family.” Well, cops, anyway, certainly run in this family. My grandfather was a cop and his sons, my father and his brother, were cops. Both of Ma's brothers were cops and my sister married a cop. “He wants to talk to you. Whadaya say we go down there this morning? Together.”

He blew up. “I knew it. I knew it. Didn't I tell you, Mama?” he yelled. “You know what's the matter with you, Neal? You're just a goddamn stubborn jackass, that's what. Whadaya think? You gonna make a fortune bein’ a private eye? You think you gonna get women? No, no not you. I could understand reasons like that. But you. You got these goddamn crazy ideas about changing the world or some-thin’.”

“If I wanted to change the world, I'd get reinstated.”

I shouldn't have said that. He went from riled to furious. The kids, who had been running up and down the stairs to the camelback of the house, became a major source of irritation.

“Get those goddamn kids off those stairs,” he bellowed. “Where the hell is Maureen?” He ran off raving toward the front of the house, Ma right after him.

The back door opened and Michael swaggered in, gun in holster, nightstick dangling. He was just coming off night duty.

“What's going on?” he said jovially. “Is the family at war again? How you doin’, Brother Neal? How's business? If things get rough, call the cops. You know the number.” The Channel is teeming with good-natured guys like my brother-in-law.

“So you heard. I guess the old man told you.” For some reason Michael thinks our family problems are hilarious.

“The first thing he said. Before good morning.”

The good ole days. I thought I'd feel better down at the office.

I was glad to get away from the familiar treeless streets and the hard, exposing glare of the Channel. Without the blue uniform on I was a stranger and suspect. My own father didn't recognize me. Proud man that he is, why won't he understand that I can't go back to the NOPD? I took a lot of abuse when I suggested that Angelesi was responsible for Myra Ledet's murder. The old man was wrong saying I wanted to change the world. I had been in love with Myra since I had met her, and I knew from the beginning that she was sleeping with Angelesi, too. It drove me crazy sometimes, but he could pay her more.