Read Next to Die Online 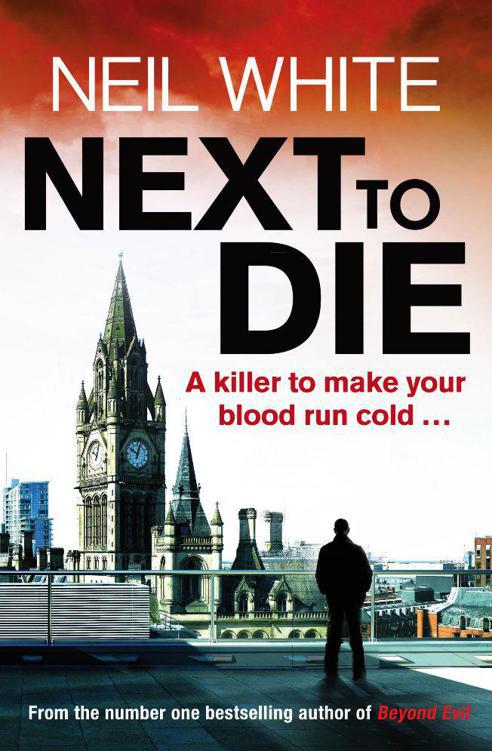 Neil White was born and brought up around West Yorkshire. He left school at sixteen but studied for a law degree in his twenties, then started writing in 1994. He is now a criminal lawyer by day, crime fiction writer by night. His previous novels have been translated into German and Polish and include a number one ebook bestseller.

My name appears on the cover, but writing a book is never as simple as just sitting at a computer and tapping out a story. Mistakes are made and ideas sometimes need rethinking, and so the advice and help I receive along the way from the hard-working people at Sphere is invaluable, and particularly from my two editors Jade Chandler and Thalia Proctor. A special large thank-you has to go to my agent, the wonderful Sonia Land from Sheil Land Associates, who made it possible for me to work with the people at Sphere.

As for the rest, the people who had to put up with my tired eyes and crabbiness and permanent distraction, I know who you are. I will always be grateful.

He paced backwards and forwards, apprehensive but excited. This was it, where he wanted to be, part of his plan, a new start.

It was quiet, apart from the scrapes and shuffles of his feet, but it seemed like a respite, a pause, because the night had been all about shouts and screams, someone fighting and struggling, angry voices. The morning was different. It was all about new beginnings.

He had to focus on that. Starting over. A new life. He stopped pacing, his hands on his hips, looking down. He noticed his shoes, plain brown, no laces, no shine to them, scruffy and worn, so that they melted into the uniformity of the floor, almost as if he couldn’t see them anymore. He moved them around, made small circles, just so that they remained visible. The soles made soft sweeping noises.

He sat down and hunched forward. He was ready for it. He had to be ready. He took a deep breath and put his hands over his face, drawing his skin down, making it red, blotting out the view in front of him for a moment. Blissful darkness, except it soon became filled with their faces, all blurred features, open-mouthed, eyes searing. Their bodies thrashed and fought but it was never enough.

His eyes snapped open. His breaths were quick and sweat moistened his forehead. How had he got to this point? He knew how it all started, but this was not where it was meant to finish.

He pulled his hands away from his face and held them out, palms up. Just skin and muscle and bone. He turned them over slowly, his palms downwards, so that instead of the ingrained dirt making the lines stand out in relief, he could see just slender fingers. The nails would have been dirty but they were chewed down, and the skin alongside, so that all he had were short stumps surrounded by swollen fingertips. But what they had done still amazed him. So ordinary, but so much power, the boundaries they had crossed. How could they look so normal?

Just hands, except that it wasn’t just about them. It was her. It had always been about her.

He closed his eyes again. He had to forget about her, but it was going to be hard, because whenever he tried to banish her all the others came back to him. Their hair over his fingers, soft and long, like gentle kisses on his skin, static crackling like tiny sparks. He swallowed.

But the memories were vivid, so that they flashed back into his mind and filled the room with the noise of struggles, and whimpers, and then the screams that were muffled into near silence.

His breaths became short as his mind raced through the memories. An empty space, echoing, soft hair on his hands, the rustle of the plastic, the legs of the chair on the floor, the wood knocking on the concrete. He clenched his hands around his knees as he thought of it. He had to stay in control, because he couldn’t think like that anymore. That was in the past. He had to move on. This was a new beginning.

Joe Parker was swinging in his chair and looking out of his window, watching the square come to life.

He had made the calls to the police stations in Manchester and a few of the nearby towns, just to check for the latest prisoners. The margins in criminal law weren’t large. The firm needed some of the daily grunt work, the drunks and overnighters, to fill the gaps between the bigger cases, and getting it was all about making your name known. So every morning Joe called every custody desk within a fifteen-mile radius, just to see if his name had been mentioned. It hadn’t, as was usual, but every day he made the small talk, finding out whether any big cases had come in. Murders. Child killers. Rapists. It was his daily slog through Manchester’s slurry. If nothing else, it helped to spread a reputation. There were some big players in the city and Joe had to fight to stay noticed. For his bosses in the commercial and civil departments, with their cut suits and tight smiles, the law was only ever about the money. For Joe, it was about the fight, the drama.

Joe swung his chair back towards the window. His view was a small park, a patch of grass and trees and tarmac paths on the site of an old church, an area of calm surrounded by high redbrick buildings that housed law firms and barristers’ chambers, accountants and surveyors. High sash windows and white wooden lattice frames looked towards green iron railings brightened by the pink of rhododendron bushes, the monument in the middle of the park just visible, a stone cross on a plinth to commemorate the bodies still buried under there, surrounded by benches in a tight circle.

Joe started each day like this. He had been in the office since before seven, like most days, doing the work still piled on his desk, his plans disrupted by clients, whose chaotic lives deemed that appointments meant nothing. Most weren’t kept, except for those on Friday afternoons, when a visit to his office was usually just an excuse to beg for some cash to get them through another weekend of their wretched lives. The Law Society objected to criminal lawyers giving gifts to clients, but Joe tried to do what was right. The rules were just about not getting caught.

He watched the city come to life in front of him. Geraniums and roses and marigolds framed the lawns in yellows and purples, and the trees were bursting with the green of early summer. It was a small piece of calm away from the shops and traffic, where workers and shoppers squeezed into the city centre, along roads that tried to fit around the remains of the industrial revolution.

There were some contradictions, like the high glass of Beetham Tower, built against all wisdom, high and thin, ready to be blown over, incongruous against the redbrick viaducts and the grime of the canals. When it was windy, the high glass blade on top hummed like a flute-chorus. The shops around it were crammed into the ground floor of old warehouses, the past morphing into the future, but as the city changed and reinvented itself each year, the small square remained the same.

Joe had been with Honeywells for a year, his first stop after walking out on Mahones, one of the bigger criminal practices, where advice was dispensed by a team of lawyers who worked hard but never made partner. He had started out as fresh-faced and naive, straight from law college, nothing but certificates and eagerness to his name. He had wanted to change the world and right some wrongs. Mahones had made him realise that it wasn’t about how good he was; it was just about how much money he brought in.

Joe didn’t mind that, because he thought he could do both. He knew he was a good lawyer. He had known this ever since his childhood, when he argued with his neighbour about how he should be allowed to kick his football against his fence, because children are supposed to play outdoors, and anyway, he was only kicking the ball against his own side. Joe remembered the old man going indoors, shaking his head and muttering something about him being a ‘cheeky kid’, but what gave him the glow was the winning of the argument.

He watched as Monica, the firm’s trainee, crossed the park, skirting around a tai chi session, a frequent morning ritual, office workers trying to inject an alternative vibe into the middle of the city, and it worked. Monica stopped to watch, although Joe guessed it was more about avoiding the office than it was about the view.

As she turned back towards the office, Joe looked away from the window. It was time to concentrate on the day ahead.

The door opened. It was Gina Ross, a retired detective who had joined the firm at the same time as Joe, as an investigator. Like most coppers, she missed the game when she retired, and was too young at fifty to spend the rest of her years watching the clock move. She bore none of the scars worn with pride by some of her male colleagues. No bruised knuckles from one too many Saturday night tours or broken veins creeping across her cheeks from war stories in the pub. Instead, she wore the traces of grey in her dark hair with grace, kept short and neat, side-parted, her figure trim, with lean legs that belied her age.

It wasn’t her looks that got her the job though. Joe knew that the best way to spot the police tricks was to employ someone who had used most of them, and Gina had been an expert at it. A flirt and a smile got the prisoners on her side, so that they were listening to her, not their lawyer, all too willing to tell their story despite the advice to stay quiet.

Gina had been more than just a pretty woman in a police station though. She was smart and hard-working. She had also been the lead detective in a case involving Joe’s own family, the murder of his sister Ellie, a few years before he became a lawyer. Her death was a shadow over Joe’s life, and for that he owed her, even though the investigation had come to nothing in the end.