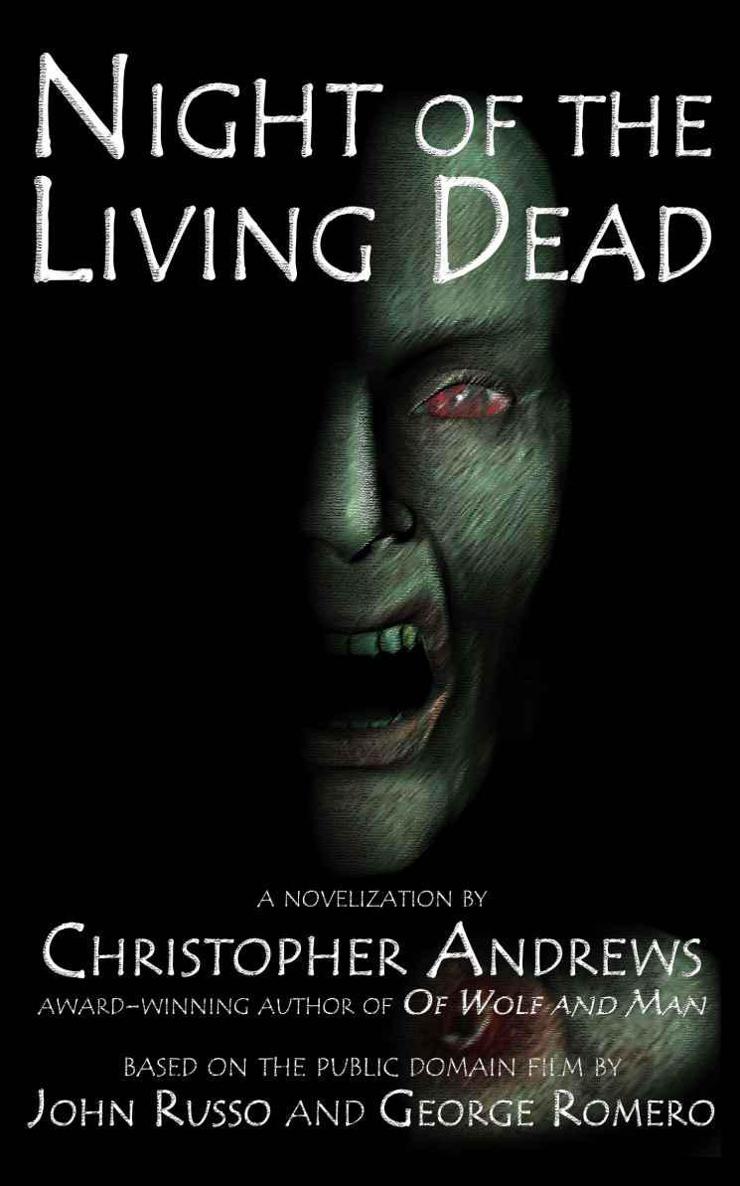 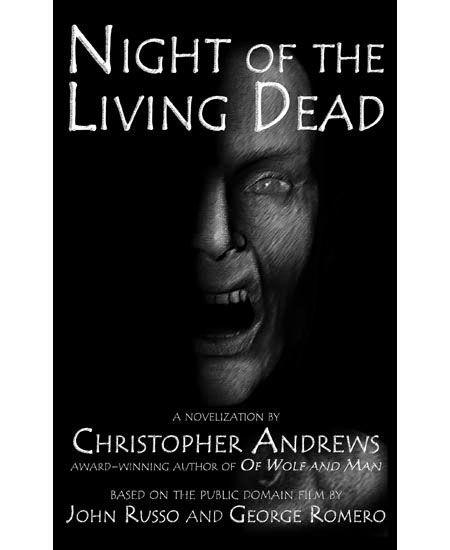 Other Works by Christopher Andrews

Of Wolf and Man

Adapted from the public domain film

All rights reserved. No part of this book may be reproduced or transmitted in any form or by any means electronic or mechanical, including photocopying, recording, or by any information storage and retrieval system, without permission in writing from the copyright owner.

This book is a work of fiction, based on a film by John Russo and George Romero — the film
Night of the Living Dead
is property of public domain per U.S. Copyright Law. Names, characters, places, and incidents are either the product of the creators’ imagination or are used fictitiously, and any resemblance to any actual persons, living or dead, events, or locales is entirely coincidental.

This book was printed in the United States of America.

or send by regular mail to

With absolute respect for the film’s creators,

And thank you to
Daniel
and
Lindsey
at

Barbra jerked, her head snapping upright with painful rigidity. Her neck burned in protest, and she bit down on a gasp the barest instant before it escaped her lips. If Johnny realized that she had fallen asleep while he had to drive ...

But a glance from the corner of her eye showed that her brother had not noticed. He was grumbling under his breath again, too wrapped up in his own bad mood to pay attention to her, for now.

Barbra breathed a sigh of relief, her heart slowing to a more normal pace — not that she would be able to release all of her tension until they got this over with. She glanced out the open passenger-side window, using her blonde hair as a curtain as she looked out at the pretty yet mundane scenery.

What was it that had startled her? A dream that was just beginning to unfold ...

No, not a dream. Not really. A
memory
. A memory of the place they were going, a place she dreaded so much, of her brother chasing her around like a cruel idiot, terrifying his baby sister with his hackneyed Boris Karloff impression. Under other circumstances, she might have mentioned it, using a feint of shared humor to ease her nerves, to try and force her adulthood to scoff her inner child into submission.

But no, it would not be a good idea to remind Johnny of his juvenile games. Lord knew Johnny could be a handful at the best of times, and today’s annual errand had already put him into a foul mood.

Johnny had been difficult all day. But then, Johnny was
always
difficult.

Life had not been especially kind to either of them. Their father had died when they were both very young. In spite of their mother’s shaky health, she had been forced to take a job as a seamstress, leaving them to spend their days with a grandfather who was not known for his warmth. He had been a church-going man — "church-going" as in the Hellfire & Brimstone variety. His long lectures and sermons had influenced Barbra to attend church to this day (though she preferred a
quieter
church to the one her grandfather had insisted they attend as children), but they had driven Johnny to grow up boisterous and irreverent. This attitude led to frequent conflicts with their grandfather, their mother, and even Barbra on any number of occasions.