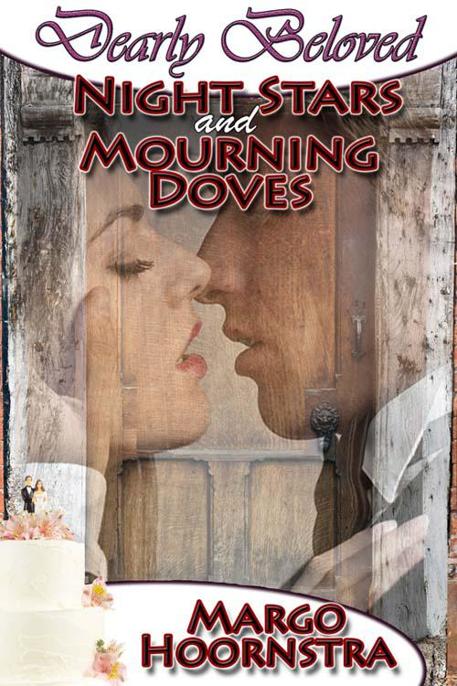 Praise for Margo Hoornstra and…

Other Titles by Margo Hoornstra

Praise for Margo Hoornstra and…

GLAD TIDINGS, NEXT TUESDAY AT TWO,
and

“Margo Hoornstra is talented with a capital "T"!!! I totally recommend...Ms. Hoornstra's stories. These stories are the perfect tellings of second chances and romance mixed with heartache and forgiveness. All are 5 Book Worthy, and captured me completely. I am now a forever fan of Ms. Hoornstra's work! I can't wait to see what she has in store for old and new fans.”

GLAD TIDINGS:
“The romance is touching, melancholy and sweet and her readers will feel each emotion that her characters live through. Her love scenes are sensual and sexy, but full of sweet romance. Kudos to you Ms. Hoornstra for one incredible romantic ride.”

~The Long and Short Reviews (4 Books)

“Great job Ms. Hoornstra! You have made a first time reader a major fan. I highly recommend
NEXT TUESDAY AT TWO
.”

TO BE, OR NOT:
“This is a very well written story of love lost and found again. The author does a great job of describing life in a small town with the added appeal of the atmosphere surrounding the workings of a minor league baseball team.”

For support, for enthusiasm, for triumph.

Other Titles by Margo Hoornstra

S
amantha Wells is the last person single father Chase Canfield wants to chaperone his daughter. Not the beautiful stranger who came on to him with the promise of unfulfilled passion.

Hospital CEO Jake Holbrook and physician Bethany Thomas confront their clashing philosophies to patient care. As the holidays near, she unknowingly betrays him and puts his job on the line.

Not for one minute can Blane Weston enjoy the trip back to her past when Matt Durand is so determined to dictate her future.

As scandals of the past and present converge, can Barry and Amanda get beyond their differences to find their second chance at love?

All On Her Own

More Than A Memory

When The World Is Right

*A Nice Change of Pace

“Daddy. Where do stars live in the daytime?”

Eric Matthews glanced down at the small head nestled against his chest and swallowed. At four, his son’s questions about the world were endless. Not to mention at times a challenge to answer.

“Stars live in the sky all the time,” he began softly as the fan in his parents’ living room whirred against the early morning heat of summer. “It’s only after the sun goes down and the sky gets dark that we can see them.”

“Does Mommy live with the stars?”

Pulling the warmth of his son nearer, he shut his eyes. It had been a year since Jan died—along with their little girl—from complications after a miscarriage when she was six months along.

“She does now.” He pushed the words around the familiar ache that had become a permanent fixture by his heart.

With his son tucked close, he shuddered at the cruel reality of his loss. Jan was considered an older mother when she carried and delivered Jay as it was. They were advised about the risks of trying for another child, but his wife insisted and he relented. Something he never should have done.

“Can we go outside tonight and see her?”

Eric opened his mouth to reply but could only haul in a gasp of frustration. His heart squeezed. “Mommy doesn’t live at a place where you can see her exactly.”

Across the room, his father rustled the morning paper to the next page. Eric glanced that way for guidance but got only sympathy reflected on the older man’s face.

If losing his wife and unborn daughter hadn’t been enough to turn his world upside down. Three months later the police department where he’d worked for fifteen years dissolved under massive budget cuts, throwing him out of a job.

Unemployment was a blessing at first, one that gave him precious time to spend with Jay. But, the blessing soon turned to a nightmare as efforts to find another job met with failure upon failure. No job meant too much time on his hands to think. Thinking led to memories of Jan and reminders of his loss.

After too long without steady income, he had no choice but to move in with his parents. Although staying here wasn’t ideal for Eric, it was the best possible solution for Jay.

“But you said Mommy lived with the stars.”

He cleared his throat. “She does. But so far away, you can’t see her the way you used to. Like you can see me and Grandpa right now.”

Brown eyes, Jan’s eyes, stared back at him. “Then how can we see her?”

“Her light, Jay.” Sid Matthews spoke up. “You see her light all around you.”

Eric pushed back the ever present tears as he cast his father a grateful look. “That’s right,” he whispered and brushed a kiss on top of the precious little head. “We can always see her light.”

“And there’s lots more light in the daytime too.” Jay sat up, eyes wide. “That means Mommy’s with us all the time.”

“All the time.” Eric couldn’t help but smile. His son’s youthful mind would fill in the blanks the adults in his world were unable to provide.

“Look at that, Jay.” In need of a diversion, he motioned out the front picture window. “Two mourning doves over there on the light pole. See them?”

The boy turned to crane his neck. “They’re pretty.”

As the birds greeted each other with loving nudges, Eric’s chest tightened again.
Lucky things. Not a care in the world except being together.

“Do you want Grandma to take you upstairs to get dressed, sweetheart?”

Eric looked up as his mother entered the room and didn’t protest when Jay jumped off the couch.

“Stars go to bed in the daytime, Gramma.” The child’s voice was matter-of-fact as he took her hand.

“They do, sweetheart? Isn’t that nice,” she replied before they disappeared around the corner and down the hallway.

“I hope we aren’t becoming a pain for her, me and Jay living here.”

His father looked up from the paper he’d gone back to reading. “If your mother doesn’t like something, she’ll tell you.” He chuckled as he collapsed the daily into his lap. “Believe me, she will.”

“You’re right there,” Eric agreed. Iris Matthews was known for speaking her mind when she thought it was warranted, especially in matters concerning her offspring. 'You need to go on for Jay.' It was the second thing she told him when he arrived on her doorstep, heartbroken and hopeless. 'You will get through this and learn to enjoy life again. Maybe find someone to share your future.'

That had been her opening promise but Eric hadn’t had the heart to tell her how very wrong she was.

“Anyway, you have the new job now.” His father’s voice broke into his thoughts. “Starts next week, right?”

“And Jay’s going to daycare for much of my work week,” Eric added. “Though Ma protested at first, she gave in when I agreed to enroll him in the one she suggested.”

“So there you go. You’re getting on your feet.”

“Jay says he ‘so wants to play with the kids’ as he puts it. He’s really looking forward to going.”

Me, on the other hand, not so much.

“The contractor mentioned the silver maple by the side yard has to be trimmed back.” His father changed the subject as easily as he’d been turning the pages of his newspaper. “Says the upper branches will end up in the middle of the roof on the new addition if we don’t.”

“Are you sure you want to go ahead with all this, Dad?”

“Remodeling your home to accommodate Jay and me. Isn’t that a little extreme?”

Lips pursed, he shook his head. “Your mother and I have talked about adding on for years. Anyway, whatever we put into this house should increase its value eventually.” Setting aside the paper once and for all, his expression mellowed as he regarded his son. “Helping you out is helping us out.”

“It’s nice to hear you say that. And I want you to know I do appreciate what you’re doing for us. Especially Jay.”

“Losing your mother at any age is tough,” he replied as he stood. “It’s gotta be especially devastating when you’re as young as my grandson. He still needs someone to care for him like a mother, and Iris is more than up to the task.”

“She is that,” Eric began, then made himself quit talking.

Hard to admit, but he wanted someone to care for him, or at least listen when he needed them to. It wasn’t easy to look for a woman when you’re mortally injured and still require time to heal. Right now, it seemed all the time in the world would never make him whole again.

“Whatever it takes for you and Jay. We’re here.” The hand on Eric’s shoulder gave an affectionate squeeze. “I’m going outside to see about that tree.”

As his father left through the front door, Eric walked into the kitchen on his way to the back entrance.

Jay sat at one end of the oval shaped oak table wearing his favorite T-shirt, the red one with a cartoon inspired race car on its front. His grandmother bustled nearby.

“Let me do that,” Eric told her. “You sit and I’ll bring you a cup of coffee or something.”

She waved a spoon in a shooing motion. “Don’t be silly. What else would I do?”

“I don’t know. You must be busy with Chris getting married in a few weeks.”

“Those arrangements are coming along just fine with very little help from me. Anyway, you know what they say. The only job the mother of the groom has is to wear beige and keep her mouth shut.”

In fact, in Eric’s mind the woman his younger brother had chosen to spend his life with had all the qualities he’d once sought in a wife.

“She’s as far from being that as any bride can get. And I’m kidding about the mother of the groom stuff.”

“I wouldn’t know. Since there is no mother of the bride. Just a sister who flew in recently from somewhere out west, Los Angeles, I think.”

He collected his cross-trainers and sat down at the other end of the table from Jay. “Angela has a sister?”

In place of answering, she addressed her grandson. “Do you want cereal for breakfast, sweetheart?”

Eric lifted his head to stare across the table. “Not,
yeah
, yes. And yes, what?”

The boy looked at him then his grandma. “Yes, please.”

Speed of My Heart by Erika Trevathan
Restless Waters by Jessica Speart
Beating Heart by A. M. Jenkins
Nemesis: Innocence Sold by Ross, Stefanie
Is There a Nutmeg in the House? by Elizabeth David, Jill Norman
Full Position by Mari Carr
Poison Shy by Stacey Madden
A Whispered Darkness by Vanessa Barger
The Honeyed Peace by Martha Gellhorn
Hope by Lori Copeland