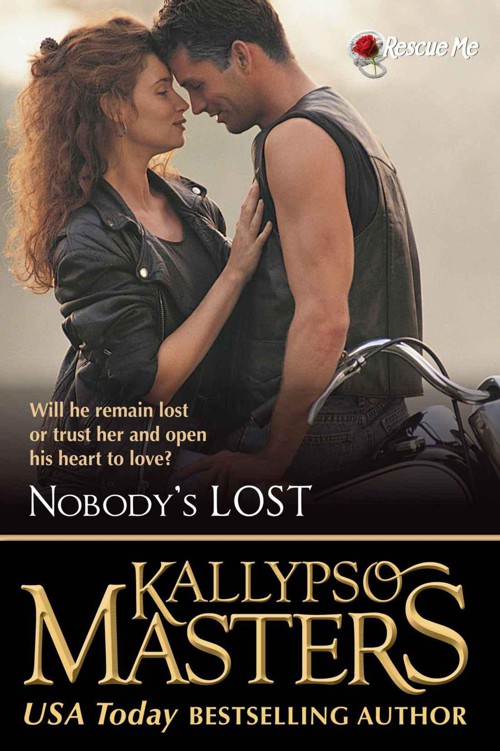 (Fifth in the
Rescue Me Saga
)

A standalone novel about two characters with very minor mentions in the earlier books.

Ryder Wilson returned from serving multiple deployments but can’t leave the hell of combat behind him. Frustrated and ashamed of his inability to function in the world as well as the veterans he served with, he retreated, choosing to engage only with those he trusted. When retired Master Sergeant Adam Montague sends him on a mission to protect his sister from some unknown danger, Ryder’s days of hiding out may be over. Can he fulfill his mission without failing again?

Megan Gallagher has two big-brother Marines bent on protecting her from the evils of the world, but she’s tougher than they think. When her older brother sends Ryder, one of his recon Marines, to her doorstep in the wee hours one night following a break-in, she realizes he needs rescuing more than she does. A friendship forms quickly, but unexpected passions run hot and complicate her resolve never to have a romantic relationship, much less marriage. So why are her body and her heart betraying her every time he comes near?

Can these two wounded people lower their defenses long enough to allow love to grow?

(Fifth in the Rescue Me Saga)

Fifth in the Rescue Me Saga

This book contains content that is NOT suitable for readers 17 and under.

Thank you for downloading this e-book. Please be aware that this e-book is licensed for
your
personal enjoyment only. It may not be reproduced, uploaded to share on Web sites, e-mailed, or used in whole or in part by any means existing without written permission from the author, Kallypso Masters, at
[email protected]
or PO Box 1183, Richmond, KY 40476-1183, or within the sharing guidelines at a legitimate library or bookseller’s lending programs.

WARNING: The unauthorized reproduction, sharing, or distribution of this copyrighted work is illegal. Criminal copyright infringement, including infringement without monetary gain, is investigated by the FBI and is punishable by up to five years in federal prison and a fine of $250,000. (See
http://www.fbi.gov/ipr/
for more information about intellectual property rights.)

This book is a work of fiction and any resemblance to persons—living or dead—or fictionalized places, events, or locales is purely accidental. The characters are reproductions of the author’s imagination and used fictitiously.

To discover more about the books in this series, see the
Rescue Me Saga
section at the
end of this book
. For more about Kallypso Masters, please go to the
About the Author
section.

The first four books are not stand-alone novels,

however, Nobody’s Lost can be read as a new entry point to the series.

(In a saga, of course, characters recur to continue working on real-life problems in later books, so Megan and Ryder, the couple in this book, will appear in Nobody’s Dream and later books.)

The first four titles are available in e-book and print formats:

Available in e-book only (coming later in print):

Next expected title in series:

Additional titles are being translated into Spanish as quickly as feasible, but it takes time to do a good translation!

Get your Kally Swag!

The
Rescue Me Saga

This one is dedicated to all of my patient and supportive readers who stood by me during my recent battle to overcome cancer. I know with your prayers and encouragement I beat it much more quickly than anyone expected.

Thanks especially to the members of my Rescue Me Saga Discussion Group, a secret group on Facebook, who were there to brainstorm ideas for this story, helping me find Megan and Ryder and bring them together.

And to my author friends who agreed to join me for my first KallypsoCon without having a clue what I had in mind. (Because my instructions were vague—fun, relaxing, and intimate!) Thanks, Lexi Blake, Eliza Gayle, Annabel Joseph, Kennedy Layne, Red Phoenix, and Cherise Sinclair for giving so much of yourselves that weekend. And to all the readers who traveled near and far to be there. We certainly had no idea what it would take for
me
to be there only three weeks post-op, but all of you provided the best-ever healing medicine enabling me just two weeks later to start writing
Nobody’s Lost
, something I probably wouldn’t have been able to do without that weekend.

My editorial team—Meredith Bowery, Jacy Mackin, and Ekatarina Sayanova—for working so quickly, sometimes in the midst of a major holiday week, to help me polish this book. They help me continue to improve and grow as a writer with each book I put out, large or small. Of course, I’m always changing something
after
my editorial team and subject experts sign off on a book and that invariably leads to new errors. So, as always, all typos and errors are solely
my
responsibility (and if you find any, please report them to Charlotte Oliver at
[email protected]
.

My awesome beta readers, Margie Dees, Kathy Holtzclaw, Kellie Hunter, Kelly Mueller, Ruth Reid, and Lisa Simo-Kinzer who read through the entire book (some of them more than once!) and helped me fix both major and minor (but important!) problems.

I’d like to extend a special thanks to Iliana GK, a new beta reader who took on the challenge of reading
Lost
without having read any others in the series. She let me know that it truly is an enjoyable standalone read for those new to the series. She also provided great insights to help me improve several major scenes, especially the kink ones.

My proofreaders who all find my typos and errors—just not the same ones as each other—Alison K., Eva Meyers, Christine Sullivan Mulcair, Gilda Mary Sacca, and Lynde Shaw.

Top Griz for his expertise on weapons, military, and Marine Corps references. And, as always, for helping me tune into Master Adam more clearly.

Ruth Reid and Ekatarina Sayanova for confirming that I nailed the psychological aspects of Ryder’s deep, deep pain and survivor guilt.

My Facebook friends and fans who, even before I realized this would be the next book in the series, helped me brainstorm ideas to help me understand who Megan, Ryder, and many other upcoming characters. I pose countless questions in my Rescue Me Saga Discussion Group on Facebook, as well as on my Facebook timeline and author page and they always come through for me. You always are there to help me out when I need you!

One of the discussion group questions was to ask readers to find me the perfect stock photo for the cover of this book and Stephanie Henderson found the perfect Ryder and Megan for the couple in my head (except that we had to add a touch of gray to Ryder’s hair).

Another question asked in the discussion group was to pick a first name for Wilson from Masters at Arms and Erin Miller came up with Ryder. Lots of other names were suggested, but that was the overwhelming favorite from the poll we took in the group.

And to whoever put together the information on vision quest rituals and purification lodge ceremonies at several Web sites (especially
Barefoot’s World
). This and other sites helped me take Ryder on the journey into his soul. I also learned from watching videos like the one produced by the Salt Lake City Tribune “
Trib Talk: The importance of sweat lodges to Native American veterans
”, as well as “
Introducing the Sweat Lodge
,” produced by GRYPHON Media Productions. It’s encouraging that the Veterans Administration acknowledges the importance of these Native American traditions in helping our wounded heroes find spiritual and emotional healing.

The Kallypso’s Street Brats who always entertain me with their pimping exploits. And to my Masters Brats (fans) the world around. Without you all telling all your friends about my books, I never would have reached so many readers.

My awesome new administrative and personal assistant, Charlotte Oliver, who helped keep me sane through so much activity and so many trials this year. She had everything under control when I had to check out of my writing world those first three weeks after surgery. I’m especially grateful to her for making my first KallypsoCon come together just the way I envisioned it and hoped for—only better.

Thanks to Leagh Christensen and Lisa Simo-Kinzer for keeping my online groups hopping and everyone informed of what’s happening in my unpredictable life.

As I said on the dedication page, this book came about in large part because of my love for my readers. For those who might not follow me in social media and aren’t aware of what happened, let me explain. In September, just about two months before
Nobody’s Dream
was supposed to be released, I was diagnosed with uterine cancer. Five days later, I underwent a total abdominal hysterectomy and am now happy to say I’m cancer free.

But the surgery was more debilitating than I imagine. While I expected physical issues, when I sat to work on Luke’s book five weeks after the operation, I quickly realized I was not going to be physically or mentally able to accomplish that feat this fall. After spending a day crying about disappointing you and not giving you a fall release I promised (although I know most understood), the next day, I started writing
Nobody’s Lost
.

This story poured out of me in a matter of five weeks. I had no idea Ryder was hurting so badly, but am happy to bring him and Megan together—and give you an unexpected installment in the Rescue Me Saga. Even if it’s not the one you were expecting, those who read it pre-publication say it’s one of my best.

Please enjoy reading this newest novel in the Rescue Me Saga. It very much is part of the series for those who are reading in order. However, because so little is known of these two, I wrote it in such a way that it also can be a new entry point for someone who hasn’t read the other books yet. It is my hope they will then want to go back and read the earlier books—but at the very least I hope they will continue forward with Megan and Ryder as they will appear in later books in the series including
Nobody’s Dream
.

Thanks to all of my readers who have always rallied around me to support my writing wherever the muse and characters took me. We writers aren’t easy to understand, and I’m sure some of you are wondering how I could write an entirely new novel instead of just finishing one that’s already so far along. I can’t really explain it other than with fewer subplots and timeline issues to wrangle into place, this one was much more manageable.