Read Not A Girl Detective Online

Not A Girl Detective 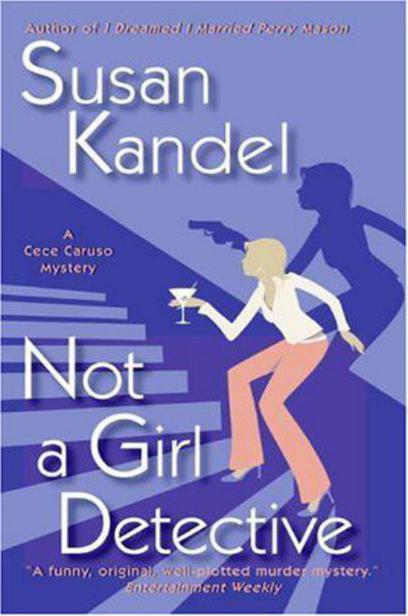 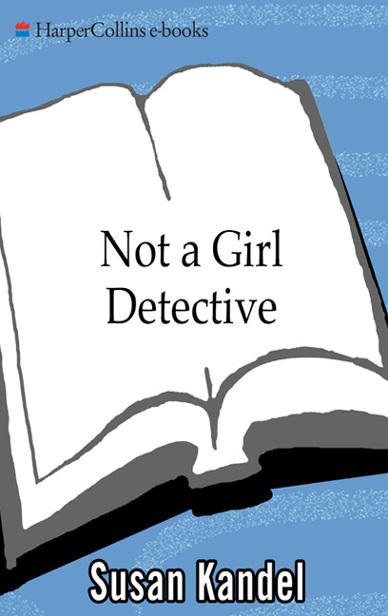 To Kyra and Maud,

who are small but stealthy

When I couldn’t tell the rain from my tears I…

Most people don’t find out about Carroll Avenue

What the hell did you do to him?” The voice…

Things can go from bad to worse faster than you…43

We couldn’t see Bridget. Her entire body was

At any hour, in any time zone, by any stretch…

And speaking of Nancy Drew’s long-suffering

We spent the morning at a number of thrift

Edgar Edwards’s pool turned out to be an

The Eames chairs in Edgar’s living room were

The next few days Gambino and I were

Andrew was persuasive, but no match for me.

The gathering on Carroll Avenue was under

Gambino and I looked at each other across

What took you guys so long?” asked Lael,

Asher Farrell did not have a Rottweiler.

He won’t be in until eleven,” explained the

I came home loaded down with supplies. Post-it

Say cheese!” The flash went off in Mitchell’s face.176

Maybe it was better to do things in reverse

It was almost eight P.M. Gambino would be

What are you doing here at this ungodly

I sat there for almost two hours. Back and forth… 213

The thing about mind-bombs is they generate

A minute later there was a soft knock at the…

Turned out I got Mitchell’s fingerprints instead,

Perhaps it was naive to expect Detective King

With the midweek discount, the room only cost

I was on my way out when I noticed a…

I drove home too fast and threw open the front… 269

It was early Thursday morning, around eight. I

I froze in place.

A registered package was waiting for me the

Other Books by Susan Kandel

it was time to pull over. I laid my arms across the steer-ing wheel and choked back a sob. I had gone through

the mechanic. But what good was that going to do?

My Toyota Camry was dying. Not peacefully but spec-

tacularly, with great plumes of smoke emanating from

the rear and strange wails coming out of the air-

greatest hits. The day before, the cup holder snapped off in my hands, sending Diet Coke all over my favorite beaded sweater. Hell, if I had known it was going to end like this, I would’ve leased a Jaguar in the first place.

If only I were the cheerful sort, like my best friend Lael. It’s unseemly how cheerful Lael is. That’s all I’ll say. Or conniving, like my second best friend, Bridget, who knows just what to say when, and to whom.

Scary. Or better yet, the resourceful type, like teenage 2

izing that girl. I’m pushing forty now, but some fan-

If only I were Nancy Drew.

I’d pull some Vaseline out of my handbag and fix

mystery of the air-conditioning vents with my superior knowledge of dehumidification, say. And if I couldn’t get the car to stop smoking by any other means, I’d ask my daddy to buy me a new one. A pretty blue roadster

to match my pretty blue eyes.

Self-recrimination has long been a favorite pastime.

I could keep it going forever, but I had someplace to be.

I opened the car door and stepped directly into a puddle. Damn. With my raincoat pulled up over my head, I waded around back and stared at the exhaust pipe in

wonder. How could it betray me? Vexed, I gave it a

kick. It belched, evil thing. Then it occurred to me that it could explode any second—the whole car, I mean.

These things do happen. But I was such a sodden mess

I probably wasn’t combustible. And they say it never

to call for a tow when I realized the bookstore I was heading to was only a few blocks away. I decided to

make a run for it. That would be the end of my spike-

heeled boots, of course, but they were already halfway to kingdom come. Maybe I could claim them as a business expense. I’d been taking a more aggressive ap-

thinking was that I made so little money they’d never in a million years bother auditing me. I wasn’t sure that was sound reasoning, but Mr. Keshigian had managed

to keep all his gangster relations out of the hands of the IRS, so I could hardly question his expertise. And god forbid he should fix me up with one of the cousins again.

Dodging the mud puddles, I sprinted down Melrose

Avenue. No one sipping organic coffee at the Bod-

hisattva Café today. What a neighborhood. On sunny

days you could drop your car with the Bodhisattva’s

valet, pick up a soy latte to go, and in the space of a single city block have your palm read, buy a New Age

tome, get your colon cleaned, and take a ceramics

class—not necessarily in that order. It wasn’t my thing.

I grew up in New Jersey. I live for synthetics.

Frederick A. Dalthorp Rare Books and Bindery was

just around the corner, and talk about synthetic. It had fake gothic spires poking into the sky, stained-glass windows, turrets. No serving wenches, however. Too

bad. I could’ve used a tankard of ale right about then.

business from their father, Frederick, a smooth operator who’d sweet-talked the building out of some morticians who’d been there since the thirties. The Dalthorps were cousins of my purported boyfriend, Peter Gambino. A few weekends ago we’d had brunch together

chip pancakes, which I found impossible to stomach

myself. But those girls were clearly addicted to sugar.

They were eating marzipan at their desks when I

Dena, the older of the two by seventeen minutes and ac-customed to milking every one of them.

“What do you think I am, a Saint Bernard?”

sister, “look at your turtleneck! It shrank in the rain!”

She handed me a wad of paper towels.

“It’s cropped,” I explained, drying off. “It’s supposed to be that way. It matches my cropped toreador pants.”

fashion. She was wearing a shapeless woolen sweater, a longish kilt, and brogues. Perfect for stomping through the heather.

Victoria gave me a sympathetic look. “I’m sure you

“Thank you,” I said, crushed by her use of the past

I was used to being misunderstood. My mother, a

rummage-sale diva, never met a pot holder she couldn’t love. Or a TV tray table not worth saving. She’d happily plunk down five dollars for a moribund blender, ten dollars for a card table with three legs. Yet she was unable to figure out why I’d want to wear old clothes.

Worse yet, somebody else’s old clothes.

“So what’s this about Nancy Drew?” Dena asked.

The chitchat was over.

exclaimed. “Remember how much we loved Nancy

Drew when we were kids? Twisted candles flickering at midnight! Bloodcurdling screams and secret passage-ways! But we didn’t have an attic,” she said, sighing.

“Nobody in L.A. does. And how could we be detectives

without a musty attic to explore?”

“There are plenty of mysteries to solve around this

pipes are always backed up. And where my favorite

coffee mug went. Why don’t you solve them?”

Thank god I had brothers. They just slugged you.

I slid into a leather club chair. “Actually, my book

isn’t exactly about Nancy Drew. It’s a biography of

Carolyn Keene, the author of the series.”

“There is no Carolyn Keene,” Dena said with a smirk.

A Saint on Death Row by Thomas Cahill
Honour Be Damned by Donachie, David
Worth Dying For by Luxie Ryder
The Cottage at Glass Beach by Heather Barbieri
A Colossal Wreck by Alexander Cockburn
If Dying Was All by Ron Goulart
Mind F*ck by Dawn, Kimber S.
Murder by Magic by Bruce Beckham
Hell Froze Over by Harley McRide
Twisted by Gena Showalter