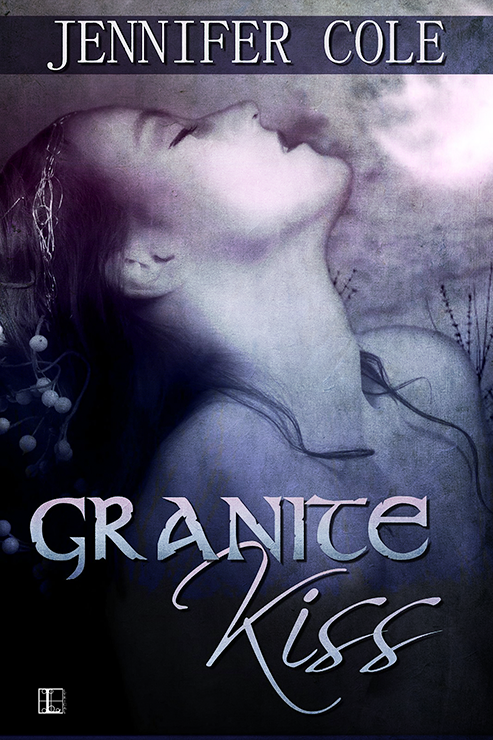 The noonday sun shone bright above. The warm, swirling currents of the breeze rustled the leaves on nearby trees. Wild honeysuckle blossoms scented the air. In a meadow, the long blades of thick, green grass rolled like gentle ripples across a lake. Overhead, a small flock of swallows sung a chorus of merriment.

In the tall grass, Zander lowered Princess Aceline to the ground. Her slender arms encircled his neck as soft, feminine sounds whispered past her full lips, in between their exchange of sweet kisses. The princess’s body trembled against the length of his frame as he pressed himself to her. The petite form he held in his arms felt wonderful. Spirals of dark tresses fanned out on the ground around her, carrying a faint aroma of rose, which she’d used to scent the water of her bath. A sensual, pink blush tinting the tops of her high cheekbones made the flesh inside Zander’s trousers strain for release against the tattered fabric.

Ever since their secret and forbidden courtship began several months earlier, Zander dreamt of a future with Aceline. One he knew could never be. Knowing he must find contentment with the little time they shared together, Zander savored every stolen moment with his beloved as if it would be his last.

No matter what heroic or death-defying feat he accomplished, Zander would never measure up to royal standards. The king would never consent to his eldest daughter taking a pauper farm boy as her husband, no matter how in love Aceline was with him.

And she had declared her deep love for him.

Moments before, Princess Aceline had offered Zander her maidenhead. In all his young life, he could not recall ever being given a more precious gift.

“Are you certain, my love?” he asked as he worked with urgency to unlace the silk ribbons of her gown.

She sighed as he brushed the backs of his fingers against the pale swell of her breast. “Yes, my lord.”

“I am not a lord, my princess,” Zander reminded her. “In fact, quite far from it.”

“You are
my
lord,” his princess assured him with a sassy smirk. “Forever and always.”

Again their lips met, and with haste the two young lovers worked to rid each other of their clothing.

As he settled himself between Aceline’s thighs, Zander whispered, “I love you, my princess.”

“And I you, my love.” Aceline’s bright blue eyes sparkled with desire. “Now make me yours and yours alone.”

Holding her gaze, Zander pushed his hips forward, and the tip of his manhood slid into the tight, wet sheath of Aceline’s body. Beneath him, Aceline’s tiny frame tensed while he advanced. Her slender legs wrapped around his hips as he seated himself fully within her.

He cupped the underside of the princess’s left breast, and into his salivating mouth he suckled the tiny, rose-colored tip.

“You taste like heaven, my princess,” he said, before turning his affections to her right breast.

As Zander withdrew from the gripping, intimate flesh of his Aceline, the air stilled, and the cheerful song of the birds deadened. The hammering of a great many hooves pounding against the earth snapped Zander to attention. Raising his head, he spied the king’s fleet fast approaching. Pulling his manhood from the depths of Aceline’s warm sheath, he leapt to his feet.

“Get dressed,” he ordered, tugging his tattered trousers up over his hips. “Your father–”

“Seize him!” the king shouted.

As if sprouting powerful wings, a knight flew from the back of his horse, taking Zander to the ground. After binding his hands behind his back, the knight tethered Zander’s lead to the horn of his saddle.

Through the ringing in his ears, Zander heard the sharp sound of flesh striking flesh. With a quick twist, he turned his head to the right. He spied Princess Aceline curled up on the ground, naked, holding the left side of her face in her hand. A tear trickled from one corner of her cobalt eyes.

Above her the king stood, berating Aceline with a string of profanities.

“Mark my words, Your Highness,” Zander growled, his body trembling with building anger, “I will kill you with my own two hands if you strike the princess again.”

With lightning speed, and not a word, the king lashed out. This time when the back of his hand connected with his daughter’s face, her lower lip split open.

Ruby red droplets of blood ran down her chin. With wide eyes, she looked at Zander, glowering.

The sudden change in her demeanor gave Zander pause. Why would his princess be angry at his defending her, and her honor? It mattered not that he was a lowly farm boy; he would lay down his life for his Aceline.

Before Zander could react, the king yanked the princess to her feet roughly, and after grabbing her dress from the ground, tossed it at her.

“Dress yourself, whore,” the ruler of their land spat out at his daughter, before mounting his steed.

When Zander attempted to give the king a tongue-lashing, a sharp elbow to his ribs doubled him over, and he gasped for breath.

Behind the knight’s jet black stallion, Zander was led back to the castle. Once there, his captor placed him in a dark, dingy cell in the dungeon beneath.

For several days, Zander endured beatings and tortures until near unconsciousness, but his spirit could never be broken. Not once during his imprisonment did he think of himself, his mind always on his beloved Aceline. Despite the continuous questioning he plagued the guards with regarding the princess’s well-being, Zander was told nothing.

Helpless behind the cold bars of his prison, he prayed to the gods to keep his beloved safe. His body bore the painful evidence of the torture delivered by the king and his men, and he hoped the king had shown mercy for his own flesh and blood.

On the seventh day of his seizure, and nearing death’s door with each passing moment, Zander found himself being dragged from his dirty, dank cell to stand alongside several others of the king’s prisoners. Iron restraints were fastened around their ankles and wrists, and the men were chained together with heavy links of metal.

The burden of the metal weighing down his malnourished and exhausted body had Zander struggling to remain upright. He shuffled barefoot along the ground, while his knees threatened to buckle under the strain of carrying extra weight on his weakened frame.

In single file, the captives were led up several flights of stone stairs until they arrived at the tallest turret of the castle. At the top, the king himself awaited them.

All but Zander kept their heads lowered, their eyes focused on the ground at their feet. With a display of defiance, Zander met the king’s gaze of hatred. A smug grin of satisfaction lifted the corners of his mouth. Dressed in fine tailored silks, the king stood before his prisoners. In silence, his stance challenged a bound Zander to make a valiant move to thwart him. A cloak of heavy velvet draped over his shoulders and hung to the ground. The precious gems and metal which made up the crown atop the king’s head sparkled in the flickering light of the single torch illuminating the turret.

Behind the king dawn approached. The vibrant, violet hues dancing across the early morning sky were hauntingly beautiful. Beside him stood a frail, elderly man clothed in a simple, silk sheath. His scruffy white beard hung almost to his knees, and an oddly shaped hat adorned his head.

“Now, wizard,” the king boomed. “Let us see if you are as powerful as you claim. Do my bidding.”

The old wizard began chanting in a tongue foreign to Zander. Latin, he assumed.

From between the cracks in the blocks of stone which they stood upon, a mist rose, swirling eerily around the occupants standing on the turret.

Panic surged through the bound men as the wizard’s voice rose. The scent of fear and uncertainty, and evil, whirled in the mist and the air around them.

As the crest of the new sun appeared upon the horizon, the last words to fill Zander’s ears were, “With this and for all eternity, I cast a spell of humility over you!”

The last sliver of sunlight disappeared beneath the horizon, and the explosion of concrete shattering echoed across the night air.

As he drew breath into his oxygen starved lungs, the broad expanse of his chest heaved.

A mighty roar split the night, rivaling the sound the exploding concrete had made only seconds before.

After stretching to stimulate blood flow to the stiffness of his muscles, his glowing, amber eyes scanned the vast darkness surrounding him.

With one last deep breath, he launched himself off the side of the building.

“Damn it,” Elena Xavier muttered to herself, zipping up her jeans before tugging a sweater over her head. “I’m going to be late.”

She raced around her tiny apartment, getting ready for work. A part of her wished she hadn’t agreed to pull the late shift the night before, because today her ass would be dragging. Oh well, the students’ education was the important thing. If she hadn’t filled in for another technician, the university library would have closed around the supper hour, which wouldn’t have been fair to the kids who used the facility to study and carry out their research in the evenings.

A swift glance over her shoulder made Elena scowl harder. The wall clock ticked away the seconds as she debated calling a cab to get her the twelve blocks to the campus. Except taking a taxi seemed like a shame on such a glorious morning.

With the first of November around the corner, the nice days for walking back and forth to work would become fewer and farther between. Soon the rains would be falling, quickly followed by a drastic drop in temperature, and then snow. Colder temps and record amounts of snowfall were predicted this year. Folks were already preparing for the worst winter in more than fifteen years.

The squeaking of metal scraping metal made Elena think of nails scratching down a chalkboard, as she slid the screen open to feed the stray who’d decided she was now a member of his personal staff. A soft ‘meow’ greeted the rattle of kibble in a small dish outside her kitchen window. Elena’s nose tingled, allergies kicking up just at the thought of cat hair dusting her furniture.