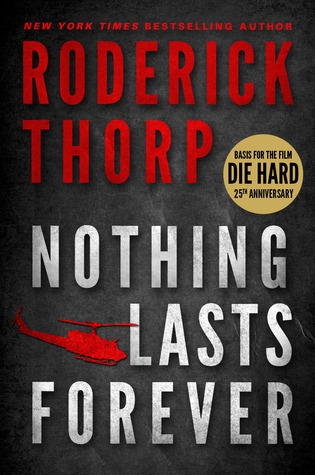 One man — alone, marooned, outnumbered... and running out of time.
The setting — Los Angeles.
The time — the twenty-four hours between Christmas Eve and Christmas morning.
Joe Leland, veteran cop and former war hero, finds himself bang in the middle of the most terrifying situation any policeman has everdreamed of — a crime in progress.
Stranded in a high office block, outnumbered by twelve to one, the wiry ex-cop takes on a fight to the death against fully armed terrorists, whilst the lives of seventy-five hostages — including those of his own daughter and grandchildren hang in the fragile balance.
But Leland not only knows who the terrorists are and the cruel atrocities of which they are capable, he is also aware of the bloody and destructive anti-terrorist plans of the Los Angeles Police Department.

Fury From Hell by Rochelle Campbell
Cowboy from the Future by Cassandra Gannon
Australian Hauntings: A Second Anthology of Australian Colonial Supernatural Fiction by James Doig
The Ice Child by Elizabeth Cooke
As You Were by Kelli Jae Baeli
His Change of Heart: Unexpected Pregnancy Romance by MP John
A Taste of Temptation by Amelia Grey
Seduction of Souls by Gauthier, Patricia
The Girl in the Red Coat by Kate Hamer
Acquiring Trouble by Kathleen Brooks