Read Nothing to Lose Online 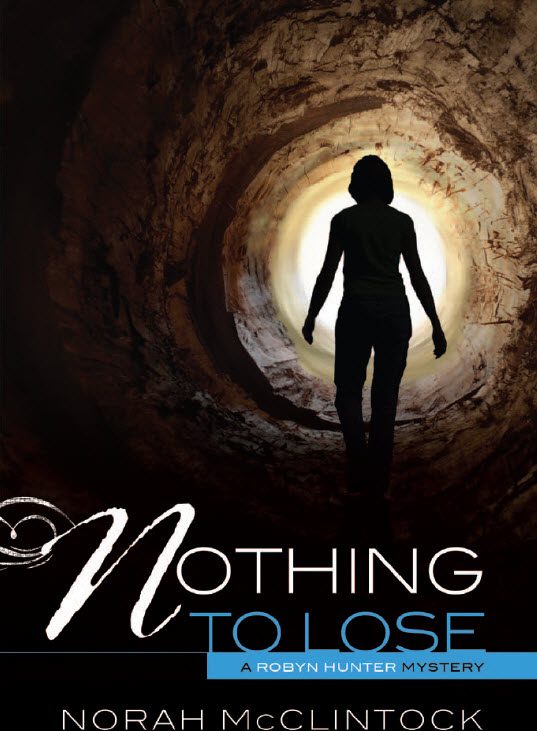 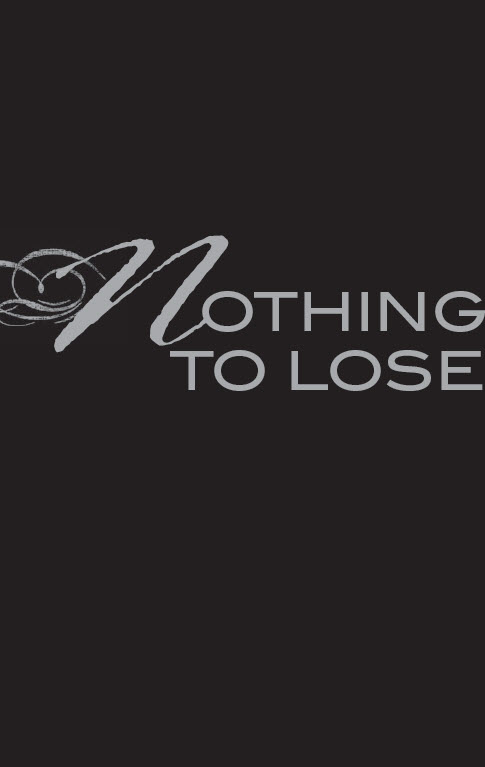 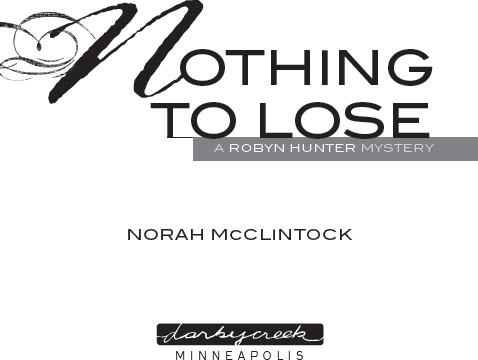 All U.S. rights reserved. No part of this book may be reproduced, stored in a retrieval system, or transmitted in any form or by any meansâelectronic, mechanical, photocopying, recording, or otherwiseâwithout the prior written permission of Lerner Publishing Group, Inc., except for the inclusion of brief quotations in an acknowledged review.

The image in this book is used with the permission of: Front and Back Cover: Â© Mangojuicy/Dreamstime.com.

Nothing to lose / by Norah McClintock.

“T
his is stupid,” Morgan said. She had said the same thing when we first found ourselves in this situation two days earlier. “It was your idea,” I pointed out. “Actually, it was
Billy's
idea.”

No one had been more surprised than meâwell, except maybe Billyâwhen Morgan had said, “Sure. Let's do it.”

At the time I'd said, “You
do
realize that it means you'll have to get up at four in the morning?” She had given me a withering lookâhow dare I question her enthusiasm for all things Billy? But that was then.

“You should have stopped me,” she said.“It's Saturday morningâbarely. I should be in bed.”

“You just figured that out?” I said.

“I'm freezing, Robyn. My fingers are numb. I'm shivering all over. I can't believe I let Billy talk me into this.”

“You notice
I'm
not complaining,” I said. “You notice that I didn't complain when we came down here two days ago, either.” I hoped she would take the hint. I should have known better.

“I wouldn't complain, either, if I were you,” she said. “By six thirty
you'll
be on your way home. You can crawl into bed and sleep until noon.” Actually, she was wrong about that. But I couldn't get a word in. “
I
have to head all the way across town with Billy to band and release these things,” she said. “Did I tell you that he lets me put the bands on?
Lets
. It's his idea of a treat. But guess what? It's not. You know what I've learned in the past couple of days, Robyn?” I didn't, but I was confident she was going to tell me anyway. “I've learned I don't like birds. They have beady, black, evil little eyes. And when you try to put bands on them, most of them freak out. And their toenails, or whatever you call them, can be as sharp as razors. Same goes for their beaks. I can't stand them.”

A happy thought occurred to her.

“That's what I like about you, Morgan,” I said. “You're so compassionate.”

We left the shelter of the building we had been walking along and stepped out into the street, where we were hit by a gust of wind. A
north
wind. Morgan shivered and cursed.

“Look on the bright side,” I said. “You agreed to do this right at the end of fall migration season. Maybe by the time
spring
migration rolls around, you and Billy will no longer be an item.”

“If I don't get some caffeine into my system, Billy and I will no longer be an item by the time sunrise rolls around.”

“Hey, guys,” someone called. I nudged Morgan. She turned, and we both watched as Billy's beanpole figure rounded a corner. He had a bird net tucked under one arm, a big basket slung over the other, and was carrying something in his hands.

“Is that what I think it is?” Morgan said. I wasn't sureâit was still pretty darkâbut I thought I saw a tiny smile on her face.

“There's this all-night place just around the corner,” Billy said. He handed Morgan a beaker-sized travel mug. “Latte,” he said. “With a vanilla flavor shot.”

Morgan's eyes got all big and dewy. She took the mug from Billy and went up on tiptoes to kiss him on the cheek.

“You're the best,” she said, sounding sweet and girlyâin other words, not at all like her normal self. But that's what love does to people, right?

Billy's grin was goofy and blissful. He handed me a smaller mug.

“Thanks, Billy,” I said. “What about you? Do you want something?” Billy won't touch any food that contains animal products. He always travels with plenty of vegan snacks because he's hungry all the time. This morning he had put his snacks in my backpack so that he could fill his backpack with the dead birds he picked up and sealed in plastic freezer bags.

“Do I have any muffins left?” he said.

“I think you ate them all on the bus,” I said. I turned around so that he could unzip my backpack. “There are a couple ofâ”

“I see 'em,” Billy said. He inspected the items in my backpack one by one and finally pulled out what he wantedâa nutrient bar that looked like shoe leather and smelled like the inside of a barn. Billy took a big bite. As he chewed, I heard a loud rustling sound. Morgan and I peeked into the basket that Billy had set down. There were three brown paper bags in itâtwo small, one very large. Each bag was folded over at the top and held shut with a couple of paper clips. Whatever was in the largest of the bags seemed to be trying to claw its way out. It was making a lot of noise.

“A woodcock,” Billy said. Woodcocks were big birds. Some of them were even bigger than pigeons.“It was unconscious when I found it, but it sounds like it's bounced back. I think I'm going to be able to release it later.” His face suddenly went slack. He started patting his pockets.

“Bands,” Billy said. “I think I forgot to bring the bands.”

“No, you didn't,” I said. “You gave them to me when you gave me your snacks. And your bird book. And the tagging kit. And all the rest of your supplies.” Billy's stuff was really weighing me down.

Billy calmed down and continued to munch on his nutrient bar.

“I also found a couple of hermit thrushes,” he said between bites. “I'm not sure if they're going to make it, though. One of them looks like it's in bad shape. I'm gonna have to take it in and have it checked over.”

Good old Billy. There wasn't anything he wouldn't do to help the creatures of the earth, even if it meant getting up in the middle of the night to rescue birds in the office-tower jungle of the financial district. And recruiting volunteers, like us, to help him. Last year Billy and a university professor he had met at an animal rights get-together had founded DARCâthe Downtown Avian Rescue Club.

DARC is the medical corps in the war between migrating birds and downtown office buildings. Migration season runs from mid-March to early June and again from mid-August to mid-November. I learned from Billy that most small birds migrate at night. These birds are attracted to lightsâlights left on in office towers, lights on high monuments, lights in lighthouses, and lights on bridges. Sometimes when migrating birds crash into these brightly lit office towers or bridges, they die on impact. Billy calls these primary kills.

But sometimes they survive. Sometimes when they hit a building or a monument or a bridge, they're only dazed. Then they fallâten stories, twenty stories, moreâdown to the concrete below. Sometimes it's the fall that kills them. Sometimes it's the shock or trauma or exposure after they hit the ground that kills them. Or sometimes predatorsâcats, rats, raccoonsâfind them dazed or hurt, and they pounce. Billy calls these secondary kills.

That's why we were downtown in the extremely early hours of the morning. We were trying to prevent secondary kills by picking up as many live birds as we could find. If they were hurt, we took them to an animal shelter for medical attention. If they were just dazed, we tucked them into brown paper bags and gave them time to recover before releasing them in a nearby park. We also picked up all the dead birds we foundâwell, Billy picked them up.

La Reina del Sur by Arturo Pérez-Reverte
Passion in the Heart by Diane Thorne
The Search Angel by Tish Cohen
Death on the Nevskii Prospekt by David Dickinson
Her Five Favorite Words by Gina Gordon
Trust Me by Romily Bernard
American Boy by Larry Watson
One Day at a Time (Starting Over Series Book 4) by Grace, Evan
Let's All Kill Constance by Ray Bradbury
The Astrologer by Scott G.F. Bailey