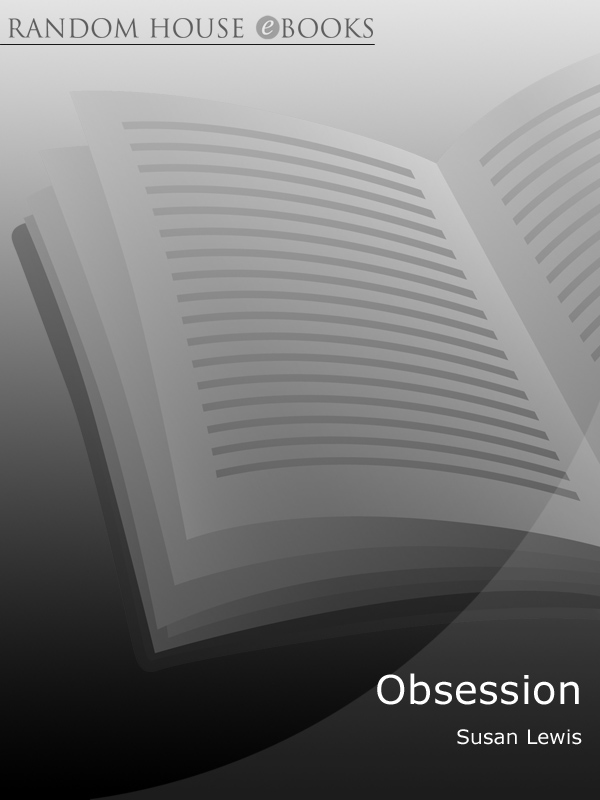 Corrie Browne is an ordinary girl with extraordinary ambitions. Determined to find the father she has never known, her search takes her from the quiet Suffolk village where she lives, to a new life in London, a fastpace television career – and to three people who come to dominate her life.

Luke, charismatic, blond and charming, is the only one to make Corrie feel welcome at TW TV and the only one to recognise her talent. Cristoff, an internationally famous film director, is the man who teaches her everything he knows about sex and passion. And Annelise is her boss and friend – a woman about whom Corrie knows a secret that must never be revealed. Three colleagues – all of whom are to play an important role in Corrie’s search for love and success. One of whom intends Corrie’s ultimate destruction…

Susan Lewis is the bestselling author of twenty-seven novels. She is also the author of
Just One More Day
and
One Day at a Time
, the moving memoirs of her childhood in Bristol. Having resided in France for many years she now lives in Gloucestershire. Her website address is
www.susanlewis.com

Susan is a supporter of the childhood bereavement charity, Winston’s Wish:
www.winstonswish.org.uk
and of the breast cancer charity, BUST:
www.bustbristol.co.uk

Dance While You Can

Out of the Shadows

One Day at a Time 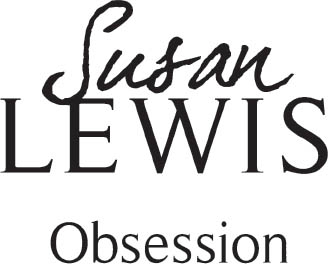 For Gary, Jill and Grace Elizabeth Lewis
and
for Denise Hastie

To begin with I should like to thank Dr Martin Atkinson-Barr, his wife, Sue, and Kevin and Jo Connor for their hospitality during my stay in Los Angeles. Also I should like to express my gratitude to Matthew Snyder of CAA for the invaluable contacts he gave me. A very special thank you to director, Jonathan Kaplan and producer, Chuck Gordon, who allowed me to spend so much time on their set and patiently answered an endless string of questions. To Di McClure for taking me to that delightful monstrosity of a Beverly Hills house and to David Rousell of Universal for giving me the benefit of so much knowledge.

My thanks also to the staff of the Castle Combe Manor House Hotel in Castle Combe and to Bridget Anderson for helping me with so much in the South of France.

And lastly, a very special thank you to my friends Lesley Morgan and Elaine Matthews for the contacts they gave me.

An entire world of sin lived in her eyes, a whole universe of pleasure in her body. Her pale lips spoke silently and unmovingly of excesses unknown, her skin glistened with a vibrancy that set his very soul on fire.

As he watched her, watching him, through a forest of glittering, baubled humanity he could feel her sensuality as though it were lazily curling itself around the heated core of his lust. It was as though he was being sucked in by her wild immorality, consumed by a stormy sea of intemperance. Her limpid eyes swam with the promise of unimaginable carnality, her exquisite mouth curved with a smile of untold depravity and wantonness.

Suddenly he was afraid. Memories started to dig into the chaos of his mind. Images of the past ballooned grotesquely before his eyes; the terror, the screams, the pain, the nightmare of endless violence ripped through him.

‘Darling, are you feeling all right?’

He turned, as though in a trance, to see the aging and concerned face of the woman who adored him. Thirty years his senior, she could so easily have been his mother. He wished she were his mother, that she would rescue him from the fear that now blighted him. Dear God, if only she would rescue him, for his real mother never had.

‘You’re awfully pale, darling. Is something the matter?’

‘Everyone’s talking about you,’ she giggled.

He hated her. She didn’t understand, would never understand. All she saw was an eighteen-year-old boy, a
plaything
, a stud, an ornament for her fleshy arm. He needed to be loved, not worshipped for his beauty, nor adored for the prowess of his young body. He needed her kindness to extend a hand of compassion; instead it bought him with riches beyond his comprehension. She had housed him, fed him, groomed him and educated him. She had shown him a world he might never have known, a world that glittered, a world so far from the pain. For that he would always be grateful.

Together they moved through the party. He smiled at her girlishness though inside he was repulsed. He laughed at her coquettishness while his heart contracted with pity. He was here to impress her friends, to instill in them a jealousy that would reassert her status in their society. Her self-doubt, her fear of growing old and her pathetic loss of worth, touched him. All she had now was a tremulous hand on a dead husband’s past glories – and him. She could no longer stand alone in this cocoon of sybaritic strangers, not even her wealth could save her. He was her only hope, without him she would fall; she would descend into the abyss of ignominy and nonentity she so dreaded.

He felt the clutch of her need as though her hands were encasing his heart. He knew the stifling desperation of her fear as though she breathed with his lungs. Yet he felt a tenderness for her that surpassed all else.

Her bejewelled fingers slipped from his as someone led her away. He was alone, and the eyes of the she-devil still watched him. An arcane shiver of memory juddered through him once again, but the pull of her gaze was too strong and he found himself turning. Then, as his eyes came to rest on her, it was as though every fibre of his being was melting in shock. Her glorious white gold hair glistened and sparkled like the blurred light of a halo. It was as though she were looking right through him, into the very depths of his heart. He felt the touch of her empathy as though it were healing fingers reaching out for his pain.
She
knew, she understood, and her earlier look had been meant to show him. He felt himself start to sway at the staggering realization of what was happening. She had come in the guise of a demon, letting him see in her eyes, her lips, her skin the reflection of his torment, and now, as though she were an angel from God, she was showing him his salvation.

He waited as she moved towards him, every part of his body responding to the divine illusion of her sensuousness. Her perfume reached him, an ephemeral fragrance, that made him lightheaded, almost drunk, and her hand slipped between their bodies, lovingly stroking his genitals.

She took his hand, leading him beneath the chandeliers to the wide, sweeping staircase. At the top she turned and, like a celestial being, surveyed the sinful world of plenty below. He watched her, unexpurgated love pounding through every pulse. His desire was excruciating, his fear sublime.

The bathroom was made for a Roman goddess. Marble and gold and onyx. As she turned from the door the light fell upon her; she was an ethereal vision of Elysian radiance. He wanted to fall to his knees in reverence, but it was she who dropped to her knees, then to her back until she was lying before him.

He took her, and the extremity of pleasure transcended everything. He had prayed that one day God would send someone to save him, and now He had.

Three weeks passed by. Each day saw the coming together of their bodies and the enmeshing of their minds. He knew nothing about her beyond the majesty of her beauty and the sublime sorcery of her body. She controlled him, consumed him, fornicated with him and revered him, until at last he knew he could do it. At last he could confess the atrocities, and she, as God’s own messenger, would absolve him.

She listened, her youthful head bent in concentration as he spoke. It was a long story, as painful in the hearing as it was in the telling. Not until he had finished, had expunged his soul of every torment and abomination of his short life, did she look up. And it was in that instant, as her eyes moved to his, that he discovered she was not his salvation at all; she was his damnation.

‘WHAT! YOU’VE GOT
to be joking!’ Corrie cried, swinging round from the fire and brandishing the toasting fork with its smouldering slice of toast.

‘I don’t see why. In fact I think it’s a bloody good idea, don’t you Edwina?’ Paula said, turning to Corrie’s mother for support.

Edwina’s pale brown eyes were swimming in mirth, her cheeks rosy red from the fire.

‘If you agree with her …’ Corrie warned.

‘Why don’t you just give it a shot?’ Paula said, wincing as she tried to make herself more comfortable. ‘I mean, what have you got to lose? Not your virginity, that’s for sure.’

Corrie eyed her dangerously and Edwina laughed out loud. All three of them were very well aware that Corrie had lost her virginity to Paula’s husband, Dave. Of course Paula and Dave hadn’t been married then, but they had been seeing each other. And in a way it was Paula’s fault, for if she hadn’t started giving Dave the run around then he and Corrie might never have got it together. As it was, in an attempt to make Paula jealous Dave had switched his interest to Corrie. Paula had insisted that she couldn’t care less, so Corrie, who was twenty-one at the time, and simply dying to be rid of the virginity that was threatening to become a permanent fixture, had set about seducing their old school-friend, who was by now the local car mechanic. It hadn’t been a particularly memorable occasion, both of them had been too drunk to remember much about it, but Corrie did recall not feeling too good about herself
after
, particularly when Dave took it upon himself to tell Paula what had happened. Wasn’t it just like a man to go and confess? If he’d kept it to himself Paula might never have known, but he didn’t, and Corrie and Paula, who had been as close as, if not closer than sisters all their lives, hadn’t spoken for three months. Now, five years later, they all, including Edwina, laughed about it.