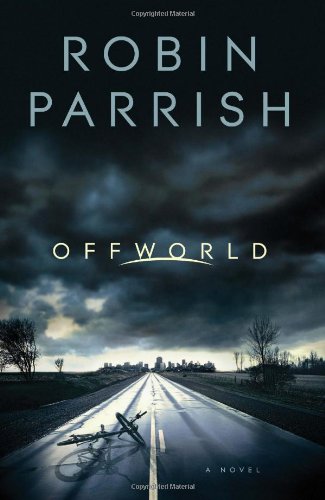 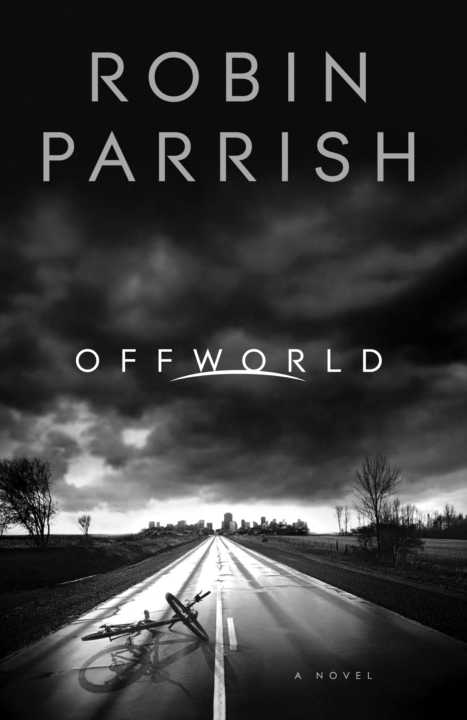 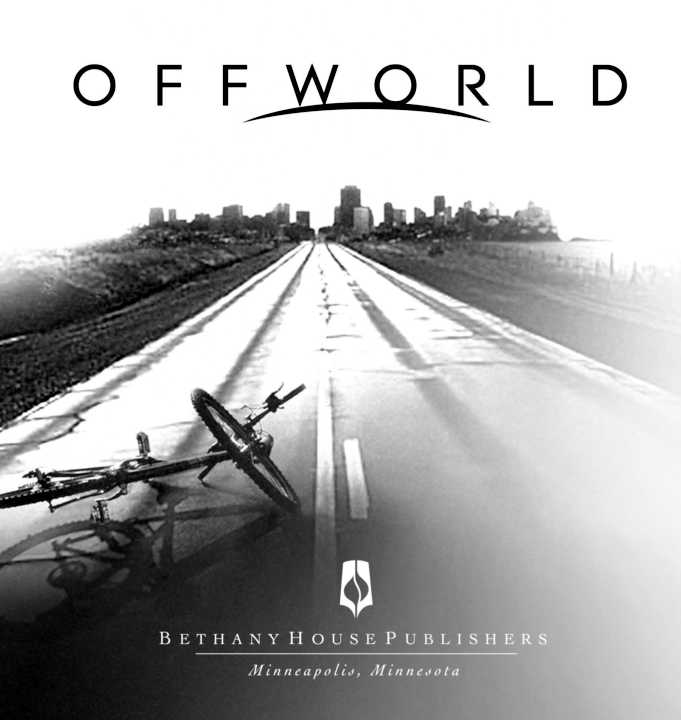 All rights reserved. No part of this publication may he reproduced, stored in a retrieval system, or transmitted in any form or by any means-electronic, mechanical, photocopying, recording, or otherwise-without the prior written permission of the publisher. The only exception is brief quotations in printed reviews. Published by Bethany House Publishers 11400 Hampshire Avenue South Bloomington, Minnesota 55438

May your dreams carry you beyond the stars.
I adore you, and I always will.

Red dirt f lied Burke's field of view. Not that it was much of'a change.
Red dirt had been all he could see for hours. Even the bright pinkish
tan of the planet's sky was washed away by the windstorm.

"Beech! " he called out, hoisting himself back to his feet as the wind
spun him about. He carried a small black pack with a few meager
supplies and some mission equipment inside. "I've got Zero visibility!
No orientation! I can't see anything!"

Burke's training fought against the fear creeping into his mind, against the rising panic as the wind fed more soil and dust into the
crevices of his space suit.

"Habitat, this is Burke!" he yelled over the storm. "I can't see anything, and I've lost contact with Beechum.!"

No answer. A brutal gust surged around him like the gale force of
a hurricane, threatening to pick him up off his feet. He crouched to
center .his weight, slung the pack over his back, and took a steadying
breath.

"Houston? "he tried haeartedly. There was little chance the relay
satellite orbiting above would pick him up f the rest of his own team
couldn't bear him from less than a hundred miles away. "Is anyone
reading me?"

No reply, not even static. The earpiece inside his helmet was
dead.

Okay, Chris. Think. You're in the middle of a dried-up riverbed
that we've been studying for weeks. You know your way around this
place. Think about landmarks. What's nearby?

The wind cleared just enough for him to catch a glimpse of fa red
boulder, directly ahead of his position. Burke crawled forward, on
hands and knees, and stooped there in the shadow of the larese rock to
rest and think. Fighting the dust storm had required all of his strength,
every muscle ready to crumple fi°om the effort. He brushed aside the
deep red dust on his right arm and uncovered an electronic readout
on the underside.

Which meant he had about four hours of oxygen remaining in
his suit.

And worse, nightfall would come in less than an hour. Martian days
were just thirty-nine minutes longer than days on Earth, so sunrise and
sunset were virtually the same on the red planet as on the blue one.

So ... he thought. Lost on the surface of Mars, unable to reach the Habitat, unable to see, barely able to move, only four hours of
air left, and it's about to get dark and lethally cold.

The wind raged on, pressing Chris full frame against the boulder,
wave after wave of red dirt pounding into him so hard he couldfeel it
through the thickness of the suit. He could even sense the temperature
dropping around him, in spite of his suit's automatic climate control,
as daylight began to slide ever so slowly into dusk.

Survival drills ran through his head ...

The horrible roar of the wind made it terribly hard to
concentrate.

Sweat ran down into his eyes, but he couldn't stop it, couldn't
reach his face through the tinted visor... .

His head rested against the large red rock behind him....

All five hundred square feet of the Ares turned on a central axis as
the ship raced for home at 75,000 miles per hour. It was little more than
a long, sophisticated metal tube that could separate into segmented
compartments. The compartment farthest from the main engine served
as the command module and resembled a tiny space shuttle, with
small wings on each side and a tail fin that looked proportionately
too small. The Ares tumbled through space sideways to give the crew
a semblance of gravity, spiraling her way back to Earth.

Christopher Burke awoke to the sound of his first officer pedaling
a stationary bicycle at a steady clip, a baseball cap keeping her hair
out of her face, and wires channeling music into her ears.

Trisha Merriday looked tired. She concealed it well, but he'd spent
two and a half years with her and the other two crewmembers, and
he knew them almost as well as they knew themselves.

"You doing okay today?" he tentatively asked. It was always a
tightrope, asking how she was feeling, because he knew things about
her that the others didn't. Things that she'd chosen to confide in him
alone. Everyone has certain secrets that are best kept hidden, he reasoned, and he'd returned the favor by confessing to her his ongoing
dreams that began after a near-disastrous incident on Mars.

NASA would have preferred that they maintained a disciplined,
formal tone in everything they did, of course. But it was impossible to
spend two and a half years of your life with only three other people
for company, and maintain formalities.

Trisha made no verbal reply; she merely eyed him knowingly
and nodded with an affirmative. He could see that she was putting
on her usual stoic facade.

She studied him as she pedaled and pedaled, her legs and feet
churning the stirrups.

"Here," she said, pulling a bottle of water from a holder attached
to the bike. She tossed it to him, and it took a second longer to reach
him than it would have on Earth, the artificial gravity from the ship's
spin only providing eighty percent of Earth's pull. "You look like
you've already had your workout."

Chris nodded once, a quick thanks, and then took several long
draughts from the bottle.

Trisha waited until he was done, trying not to be obvious about
the fact that she was watching him, considering his appearance. But
he could feel her eyes.

He stood from his bunk and stretched. Chris struck an imposing
figure at his full height, which had lengthened even a bit more in the
weightlessness of space. Blond, blue-eyed, handsome and strong, he'd
always gotten more attention than he'd ever desired. But then, NASA
couldn't let an unattractive man be the first person to walk on Mars, could they? It was a reality of the job that would have caused others
to question themselves, but he had no such doubts about himself or
his abilities. He'd been preparing to be an astronaut his entire life,
and so insecurity rarely troubled him.

Honeymoon by James Patterson, Howard Roughan
Silk and Champagne by Brennan, M.M.
Trainspotting by Irvine Welsh
Hell by Hilary Norman
Next of Kin by Welfare, Sue
To Ride a Fine Horse by Mary Durack
Zentangle Untangled by Kass Hall
By the Blood of Heroes by Joseph Nassise
Caroline by Cynthia Wright
Improper Arrangements by Ross, Juliana