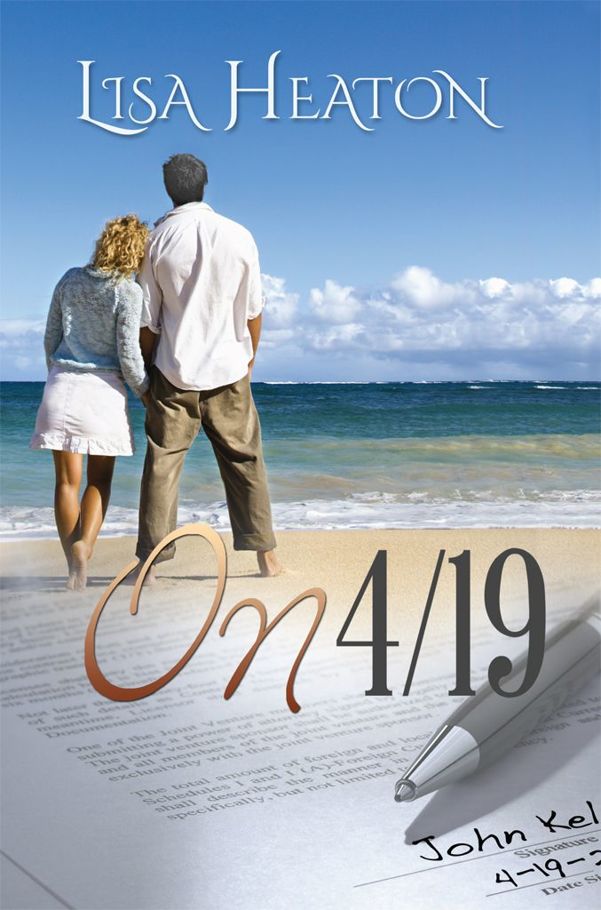 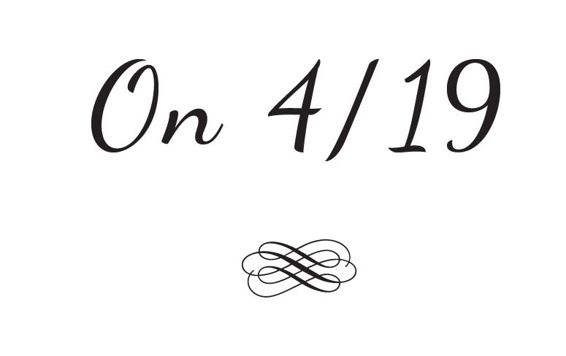 This book is a work of fiction. Names, characters, places, and themes are the product of the author’s imagination or are used fictitiously. Any resemblance to actual events or persons, living or dead, is coincidental.

W
ith a certain degree of hesitation, Chelsea blinked hard and rapidly but finally pressed “Send.” Staring at her computer screen, her mind filled with semi-regret, she asked herself what other choice she had. In order to pay for her last year of school, it was either take out a very large loan, which would begin her adult life with massive debt, or submit her profile on the website she heard of on a news report the evening before. Having researched the site for over an hour before filling out the online questionnaire, and finding no more negative reviews than that of a few questions of morality, she decided she had little to lose and a future to gain. There was no harm in checking into the options available to her.

The site matched older, wealthy gentlemen with younger women who were interested in travel and entertainment. Advertised as being a non-escort type of arrangement, the site depicted more of a business relationship. Apparently there were men who required the companionship of a lady for various engagements and social functions without the complications of an ongoing relationship. The site went on to state that whatever additional agreement was made between the two parties was at their discretion. The news program she watched was an in-depth profile of several couples who seemed perfectly happy with such an arrangement. Maybe she was being a bit naïve, but it appeared to be something that would help her out of the predicament she was in without actually crossing any boundaries of morality.

On her profile Chelsea clearly indicated she wasn’t interested in a relationship which would require intimacy.
That
was non-negotiable. Was she being foolish to believe any man would agree to such a thing? Were
there men out there who simply wanted companionship without the expectation of sex? Over the course of the evening, after watching the program, she convinced herself that if it was indeed simply an escort service, the reporter would have uncovered it. Instead, his estimation, after all of his digging, was that it was simply a means for a rich old man to have a younger woman on his arm without a commitment or the expectation of marriage.

Having determined that if she found out otherwise, she would simply back out, Chelsea was willing to take the risk. Now, she would have to wait to see if there was any interest in her profile. Based on the site’s protocols, she was told to expect a series of meetings with the possible match. If she was found suitable by him, and if she wanted to proceed, an agreement would then be struck. She decided if the candidate seemed like a dirty old man or creepy in any way, she would never agree to move forward past the initial interview. It was such thinking that allowed her to hit “Send” in the first place.

John Keller sat listening to his friend’s arguments and ravings against his latest outlandish scheme. Since watching the news report some days prior, John had mulled it over and come to conclude that such an arrangement would be entirely to his advantage. Purely a business relationship, he could have a permanent “date” without the expectancy of commitment. With accompaniment along at various engagements, it would lessen the degree to which he was pursued. Alone at parties or most any social gathering, he was continually approached, making the evening entirely uncomfortable and often unproductive. Since his social schedule was merely an overflow of his business interests, attendance was necessary. While he detested most events he attended, he did what business required of him, which was mingling at parties and other social occasions, and to do so without the hindrance of being seen as
available
could be nothing but beneficial.

“This is insane. How can you even consider it?” Mark sat across from John looking at him in bewilderment. Sitting behind his desk, John’s expression held little in the way of emotion. Mark considered that maybe he’d lost his mind entirely. Always, he was an unconventional man but never irrational as he seemed at the moment.

“I’ve researched it, and it seems like a practical solution.” Mark had been with him since the early days, even before Tracy. Their friendship could withstand anything, including what the other believed to be good advice against a poor decision. If Mark didn’t oppose him, he would consider him less than a friend. Still though, John didn’t anticipate this level of resistance, bordering on fury from Mark. Rarely did he see him so worked up over anything.

Shaking his head, Mark reminded him, “You are forty-eight years old, and you’re considering dating a college girl.” With two girls in college, this struck a nerve with Mark. “What if it were Brittney or Megan? Wouldn’t that make you want to throw up?”

Mark’s girls were like nieces to him, so bringing them into the equation did cause John a moment of clarity and hesitation. Still, dismissing Mark’s protest, he knew himself well enough to know it wouldn’t be a similar situation. “Yes, if I thought they were really dating the man. I won’t be dating her though. I’ll just take her along to parties and mixers. It’ll keep the hounds at bay, if you know what I mean.”

Looking at him, Mark could scarcely believe John was two years older than he was. While John had always been handsome, it seemed with age he grew only more so, where he himself had lost hair and found weight. Being among the wealthiest in the nation, John was the target of countless women who’d go to great lengths to land him. Over the past few years, he’d stopped dating altogether, if you could even call what he did before that dating. Since Tracy died, more than ten years earlier, he bounced from woman to woman, never staying in a relationship long enough to make a deeper connection. It was his intention to never marry again, and knowing John as well as he did, Mark believed he never would. Truthfully, he had to sympathize with him. How could John ever truly know who wanted him and who merely wanted the life he could offer? The thought made him thankful for his own marriage, which began in the poor days and lasted through to the wealthy.

So maybe the business aspect of such an arrangement was appealing, but a college girl? “Why so young? Can’t you find someone a little older?”

“A girl in her twenties has her entire life ahead of her. If she’s in college, then all the better. It means she has a plan for herself, something to focus on rather than landing a rich husband.” John had already concluded that he wouldn’t consider any of the would-be actress types. He was looking for a business-minded young woman who could enter into a simple agreement that would benefit them mutually. Didn’t some women working their way through school go to much worse lengths to pay tuition? Quite simply, he wanted a companion, nothing more. “If I were to attempt this with a woman in her thirties or forties, you know what the end result would be.” Since they would be much more desperate to marry, he’d be a fool to consider a woman outside of her twenties.

Sighing, Mark concluded he was wasting his breath. Actually, John’s argument was a pretty convincing one, which made him realize that once again, John had somehow brainwashed him. It had been that way since college. In all the years since then, John had been the brains behind their success. Mark never had any delusions that it was because of him the business took off the way it did. For as long as he’d known him, John had this ability to share his vision and then somehow make it a reality. His enthusiasm was contagious, causing many to follow after him. Over the years, John had built the reputation as a particularly shrewd businessman, along with the vast empire they both reaped the benefits from.

After Mark left, Irene came in with a file for him to review. It was her top picks from the site. Sorting through the photographs, he discarded them all. Not once did he even look at a profile. What was the point? He could tell by looking at their eyes if they were what he was looking for. Each was extraordinarily beautiful, but in this case, that wasn’t what mattered most. John was certain he’d know her when he saw her.

Going online himself for the first time, he scanned the private profiles. When he came to one in particular, he hesitated. Her name was Chelsea Whittaker. She was twenty-three and working toward her MBA. Instinctively he knew it was the face he was looking for. Rather than a head-shot of a hopeful model or actress, it was obviously taken from her computer. Without the pouty look of the other profile pictures, she seemed sweet rather than seductive. That was what disturbed him about the others. They were clearly trying to use their sex appeal to be chosen.
Chelsea, on the other hand, may have been wearing a t-shirt, which he found rather amusing, and it seemed she wore little if no makeup at all. In her he believed he may have found a blank canvas, a beginning point for something exceptional. Certainly, she couldn’t be credited with trying too hard. Scanning the specs of her profile, he found it to be straightforward and honest, professional even. He decided this was the one he wanted to meet first.

After providing Chelsea’s information to Irene, John would allow her and Mark to take the preliminary steps. Until she met with the two of them, John would not meet her or provide his name.

Smiling to himself, he secretly wished he could watch Mark interview the girl. He’d be a babbling fool as he usually was around beautiful women. Fortunately for him, Mark had his own pretty wife. How could John but envy him and the life they built together? Even before Tracy, it was what he wanted, what his closest friends shared.

Don't Cry by Beverly Barton
Fragrance of Revenge by Dick C. Waters
A Secondhand Murder by Lesley A. Diehl
Reverence by Angelica Chase
Elam by Kathi S. Barton
Tears of Tess by Pepper Winters
Memories Of You by Bobbie Cole
The Consequences by Colette Freedman
In Your Wildest Scottish Dreams by Karen Ranney
Silence - eARC by Mercedes Lackey, Cody Martin