Once We Were Kings (Young Adult Fantasy) (The Sojourner Saga) 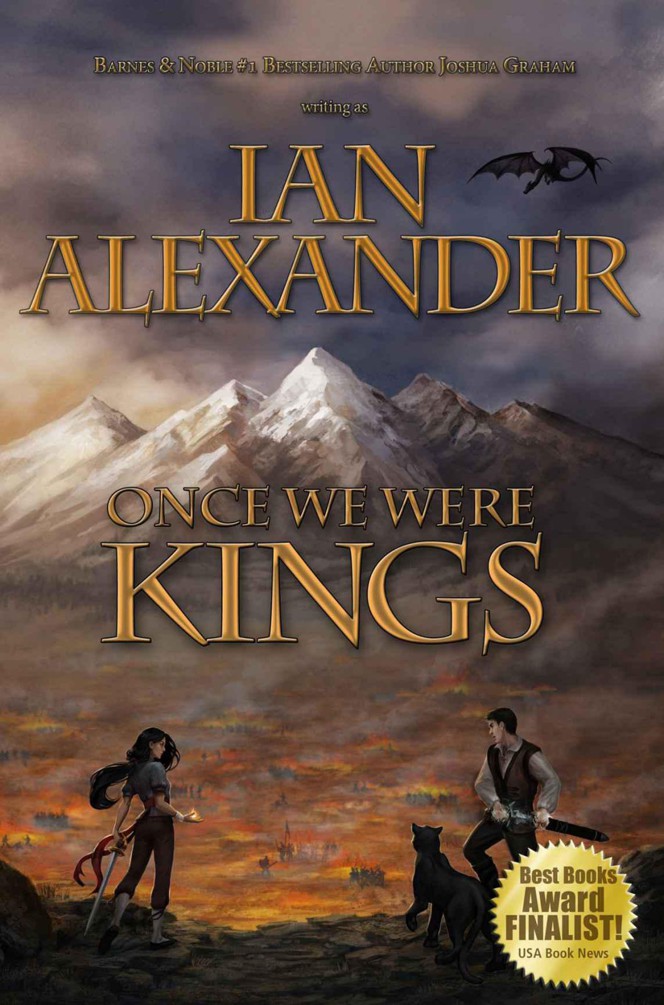 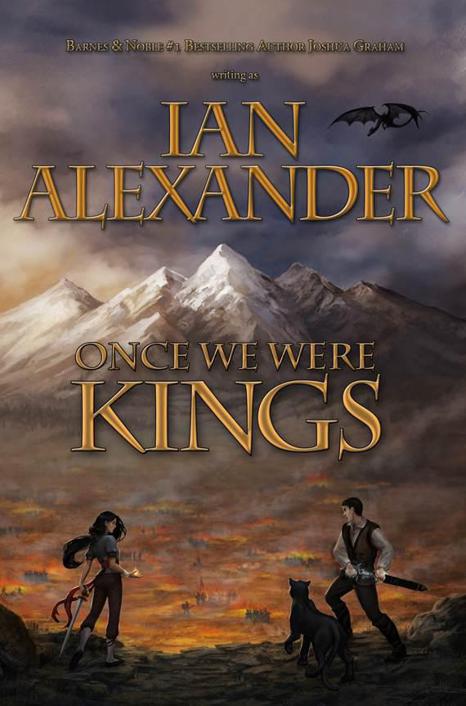 ONCE WE WERE KINGS

The Accidental Acquittal (Death and Taxes)

Legend of the Tiger’s Throne

For the latest on Joshua Graham’s work visit:

Once We Were Kings  / Ian Alexander

ONCE WE WERE KINGS

“…right out of the Golden Age of fantasy…”

“…elements of Tolkien…the Belgariad, the ‘Adept’ trilogy by Piers Anthony, and a healthy dollop of C.S. Lewis’ Narnia Chronicles.”

“…Ian Alexander provides a spark, a momentum often absent in other epic fantasies.”

“Joshua Graham transitions from writing suspense and thrillers to the fantasy realm as Ian Alexander with flying colors.”

“…invokes awe in the reader that I’ve only felt with J.R.R. Tolkien, David Eddings and before them both, C.S. Lewis.”

“..a page turner with a very driven plot…

“What doesn’t this book have? Magic, shapeshifters, powerful deities and characters that you love and love to hate…”

“…will stay with you long after you’ve gotten to the end and leave you wanting more.”

“This is one of those books that you cannot miss in 2011 if you’re a fantasy lover.”

“…a fast-paced, action-packed adventure that hooked me from the start and kept me glued to the pages until the very end.”

“…The characters practically leap off the page, they are so vivid and real! “

“… rich symbolism with a great message…”

“…values and a message that you can feel good about…”

“…I would definitely be the first one in line for more Ian Alexander novels!”

“…an amazing epic adventure that will take the reader on an unforgettable journey like no other.

“... I was immediately sucked into the story…”

“…absorbing me and surrounding me with amazing imagery, emotion and distinctiveness like none other I had ever read before.”

“…a generation bridging epic fantasy that is sure to span and hold strong through the test of time as well as our ever changing society and circumstances of readers everywhere.”

“…I often found my heart gripped within sadness, as well as bursting with joy.”

“…the ending is the perfect segue into future books.

“A true classic in the making.”

“Ian Alexander’s ONCE WE WERE KINGS sets new standards for epic fantasy.”

“ONCE WE WERE KINGS transcends the qualities found in such great works as “The Chronicles of Narnia” to “The Lord of the Rings”.

“… a true master of the written word.”

“Alexander’s ONCE WE WERE KINGS should sit on the highest shelf of your library.”

“A sparkling story that will leave the reader breathless and wanting more.”

“…seems to parallel some of our own socio-political climates, in regards to terrorism, racial and cultural biases, religious biases…”

“…definitely recommend it, especially to those who are fans of novels such as Narnia”

“…I look forward with great anticipation to see what occurs next with some of the characters from this [book].”

“…You won’t be disappointed.”

For Alexander and Madeleine,

Gathered round the wide and level stump of the Great Ancients' Tree, the Twelve Elders of the Sojourner's Council stood within the stone walls of the courtyard and rejoiced that the fulfillment of Shamis the Stargazer's prophecy was now at hand.

By the alignment of the northern constellations they knew that the time of deliverance drew nigh.  By the anomalous tide shifts and the unprecedented lunar phases, they knew that the dark reign of Malakandor would soon come to an end.

What they knew not was that a traitor lurked amongst them.

Oreus, the chief elder stood and raised his chalice.  "Brethren, you have honored the name of Valhandra with longsuffering and steadfast hope."  He turned to the elder on his right.  "Hephesta the Wolf-Hearted, you have endured three wars over the course of five hundred years."

With deep humility, Hephesta arose and inclined his head.

"And Bereus, the Tiger-Hearted." He too arose.  "Thy service as the stalwart protector of the royal line beyond three hundred years has not gone unnoticed."  This continued until he turned his attention to the final elder.  At seventy-nine years of age, she was the youngest, most spry of them all.

"And you, dear youngling—Lucretia, Raven-Heart."  At the very mention of her name, the council began to applaud to such effect that a flock of wild night birds flew blackly from tree branches into the deep and purple sky.  A fleeing cloud.  "Unto thee do we bestow special honor.  For fearlessly have you employed the gifts bestowed by Valhandra for a cause predating even your own birth."   Once again Oreus regarded the entire council.  "Would that we possessed such faith as our beloved sister, when we ourselves were but fledglings."

Completely aware of the effect her beauty had upon all who beheld her, the impostor who had killed the true Lucretia and taken on her likeness now feigned a smile and inclined her head.

"Rejoice brethren, for our redemption is nigh," declared Oreus.  "And now, among the faithful, in the villages of Talen Wood, in the great Citadel of Valdshire Tor, yea, verily, in thine own hearts," once again he lifted his chalice and cleared his throat, "Prepare ye the way for the beneficent reign of the Great Deliverer!"

They all responded lifting their chalices. "The Great Deliverer!"

"The Deliverer." The false Lucretia scoffed quietly as she tapped her cup against those of the other council members.  She smiled again at the old men as they imbibed of the ceremonial Dragon'sblood Wine.  Noble warriors though they were, able-bodied and powerful though they were, she could not help but laugh at the pathetic manner in which they would meet their demise.

First, Hephesta fell.  Clutching his throat, his eyes widened with something entirely alien to those who'd known him and certainly to himself:

A chorus of confused cries filled the courtyard.  All gathered around the fallen Hephesta.  The impostor did not join in.  Rather, she watched with satisfaction as the pulverized Shikar stone mixed in the wine began to take its toll.

One by one, they fell.  Ancient warriors who had arrogantly considered themselves immortal.  Just like Hephesta, now writhing, now frothing.  A most pleasing sight indeed.

Now, the impostor did not even attempt to restrain her smile.

Having witnessed the violent throes of death and realizing what was happening, three of the surviving Elders—Oreus amongst them—stopped short of drinking the poisoned bloodwine.  They saw her laughing and charged forward, swords and crossbows at the ready.

"Lucretia, what have you done?" cried Oreus.

"You have not only betrayed us, but all Sojourners,” said Cerbeas as he drew his crossbow.

"And it is you who have betrayed the true ruler of this world!"  Her hands trembled.  If only she could fly this very moment.  But she had prepared for this, trained her reflexes, her mind.

"Valhandra is dead!"  The impostor stood defiant.  One hand still in her pocket, she fingered the razor-stars fashioned out of smooth Shikar stone.  Their very presence weakened her, but not for long.