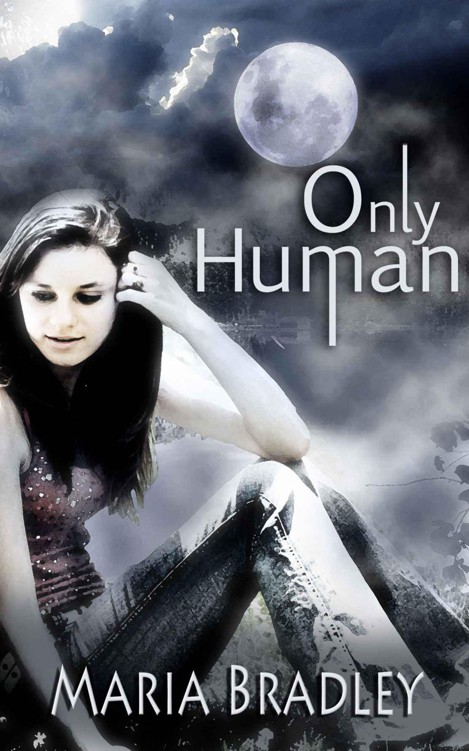 All Rights reserved. No part of this publication may be reproduced, copied, stored in a retrieval system, or transmitted, in any form or by any means, without the prior written consent of the copyright holder, nor be otherwise circulated in any form of binding or cover other than that in which it is published and without a similar condition being imposed on the subsequent purchaser.

With love for Gemma Bradley, Sam Bradley and Jason Knowles.

Aecia is a normal teenage girl in every respect, except for the fact that she is burdened with an enormous secret. She is
human
, and in the year 3012, evolution has ensured that the world is now ruled by Vampires!

Aecia’s days are our nights, and she stumbles through each one protected only by her disguise, while she acts, eats and lives as a  ‘normal’ teenage
Vampire girl.

Her desperate loneliness has caused her to create ‘Amica’ whom she writes to in her diary, and as her life becomes more chaotic and dangerous; Amica becomes as real to her as a living, human, best friend.

As she matures and her appearance becomes increasingly
human
, each night is filled with a growing anxiety and desperate fear, with the inevitability of her discovery dominating her life.

After meeting the mysterious and attractive Garok
, she suddenly realises the possibility that she is not alone in her humanity.

How much longer can she carry the weight of her secret? Are there more people in her condition? If so, could they join ranks and have some small chance of changing the status of the cruel
Vampire world forever?

It is so cold and wet. The darkness is thick, and overwhelming every fibre of my being with fear as I struggle to remember where I am. I can hear a multitude of disturbing sounds as I am trying to build up the courage to sit up and take in my surroundings. Where are you Amica? Surely you wouldn’t desert me at a moment like this. The forest growls a symphony of guttural sounds; there are weird, thin screams, scrabbling, scratching and howling noises; some close by and others distant, but all instilling me with terror.

I have managed to sit up despite my body
’s persistence in telling me to lie back down. I know who and what live in this place, and my only choice is to keep moving before they find me. At least I think that’s the best thing to do. Despite the inky black of the night, I think I have a rough idea which direction Fire mountain is. If I can manage to get closer to it, maybe I can enter
disembodied
voice’s
mind, and tell him where I think that I am. I know it’s a long shot; he might not be conscious yet, and I might be wrong about where I am, but I have to try. I feel that you are with me Amica and I will put my trust in you.

There is a familiar pungent smell around the area in which I am sitting. This time it is not from a glass I am unwillingly pouring down my throat, it is inside me and spilling out onto t
he flaky forest leaves beneath it. The almost metallic, rusty odour of my blood is being absorbed by the hungry forest, and every molecule spilt is like a beacon to the creatures that have injured me. There is not much time left before they will arrive and I don’t want to be the main course for the Sanguis, or any other blood hungry demons that live here. I think that I have been hit by three separate arrows, but there are way too many predators and enemies here for me to guess who was on the other end of them. They all bite and that is all I need to know.

I
’m going to crawl on my stomach as quietly as I can until I get out of the immediate area. That devil of an archer will have expected me to have landed somewhere around this area. I am beginning to feel lightheaded now; I think my earlier optimism is vastly premature! I can see you, and your frazzled expression is agreeing with me Amica. As I am inching my way, half of the forest seems to have attached itself to the sticky liquid from my wounds. I feel so heavy, and every centimetre of progress awakens another area of pain. It’s too much; I can’t do it! My mind is beginning to play tricks on me now. Am I in this dark place waiting to die, or am I at home in my pit room? My head is swimming through grey dots and hazy memories. It is the day I first met you friend. I’m so glad you came into my life.

Today is my birth-night, and I am fourteen years old. You are my best present, and this is the first time I am writing to you. I don’t want to call you ‘Diary’. No, you will be more to me than that, and God knows I need more. You will be my friend, my only human friend, whom I will share all my secrets with, my thoughts and desires, my whole life. There is a word in Latin which means friend, and so you are `Amica’ the perfect name for a friend. At least I can unburden myself to you and actually be Aecia the human, not Aecia the actress, an unpopular, freaky Vampire girl who drinks blood and whose life is a lie. I feel totally alone most of the time but maybe not so much if I have you. There is a picture in my mind of what you look like; you are a human girl, of course, with yellow, golden hair, bright, sparkling blue eyes, and you wear a stylish printed cotton dress, as you while away your days in the bright sunshine of daylight. You are my first real best-friend.

As I said, it’s my birth-night
and I don’t feel any different at all except for the fact that my fangs were too small and mother gave me some new ones. I got new contact lenses as well, new whitener, and some money which I am saving for…. Well, I don’t exactly know what for yet but maybe it’ll help me get away if anyone finds out about me. That was it for presents from mother and father this year but it’s enough because I know most of father’s wages from the Clone factory go towards keeping me safe.

I’ll explain more about all that as I write to you Amica.
You already know my secret, but you must promise to burst into flames if anyone else ever tries to read you. I mean it! If you don’t, I will surely be executed or drained by the Elders.

I
’ve already told you that I am human!! Wow! It truly is such a buzz being able to tell you that, and knowing that you won’t want to have me for dinner. That’s always a good quality to have in a best friend, and for my part, I will never eat you! Deal?  Good, I’ll carry on telling you about my night now.

I got up to birth-night breakfast with mother and father and baby brother Zak. God
, he’s a royal pain in my butt that kid! His fangs are coming through so he’s even worse than usual. He’s biting everything, including my face whenever he gets the chance. Git!! This evening he managed to demolish my birth-night cake before I even got a piece of it, and then hurl his blood at me when I told him off! It’s a good job he’s immortal, or I could surely see death in his future, by my own hand!

Anyway, after a breakfast of real cake, not blood
cake (mum bakes it especially) mum and dad gave me lots of hugs and kisses
as usual,
and pretended to be happy
as usual
. They can’t hide the worry in their eyes though; I pretend not to notice for their sakes, and join in the charade that we are a perfectly normal Vampire clan.

Every night I get older is a night closer to being found out now
, and that’s why they are so anxious all the time. I get more human every day; my hair is a shade lighter than black, my eyes without contacts, are bright blue, and my skin is growing more pinkish than white. Truth be told Amica I’m scared stiff myself most of the time; I know what they do to the Clones for their blood! It just doesn’t bear thinking about.

I
’ll tell you about that another day because I’m getting tired now and I just want to tell you what happened in school. I don’t have any friends at Manor school but it doesn’t hurt as much anymore. I guess I’m used to it, and anyway it’s safer if I’m not too close to people or they might realise I’m different.

The strange thing was, when I was in the playground
, I thought I saw someone outside the gate; he was a few feet away from me but I swear it looked like he had yellow hair! Could he have been an escaped Clone? But Clones don’t have the ability to move; they’re brain dead, aren’t they? At least that’s what father told me; he said they don’t feel anything when they’re drained, and don’t have the intelligence to realise what they are.

I don
’t know, maybe I’m seeing things, but he just didn’t look like a Vampire. After that, Simone, daughter of Eli, pinched my history book and it took ages to find it, so I was distracted. When I looked for him at home time, there was no sign. I’ll look for him again tomorrow Amica and let you know what happens. I’m tired now, so I’m going to bed. See you tomorrow evening pal! X (I just love being able to say that).

I missed you today Amica, I couldn’t wait to get home to tell you about my night. I saw him again! The boy, he was in the same place as yesterday, and at exactly the same time. I honestly think he wanted me to be there to see him. He didn’t speak or anything, but his eyes, they’re not black, and he kept staring and staring at me. I wanted to go over to him, but it’s just too risky. What if he is a Clone? I don’t want to be the reason he’s discovered; the other kids would tear him to shreds in a second if they saw him.

Maybe I should mention it to mother and father? No, can
’t do that, they’d be obligated to tell the Elders, and that would put way too much attention on our clan, particularly me. I’m going to have to deal with this myself. I must admit, the thought of talking to another person with a pulse is so exciting! I wonder what he’s like. I bet his skin is warm and pink like mine; maybe he has bright eyes, and straight, even teeth. I wonder if he has seen daylight. Right, that’s it, I’m going to have to bite the bullet, and speak to him somehow.