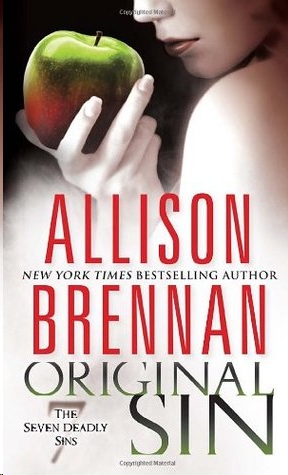 Moira had told Lily to stay away from her cousin, to let Moira know if there was anything strange going on, if Abby confided in her. She’d damn well learned her lesson—rely on no one else—and she prayed Lily was alive.

“We’ll just look around the ruins for ten minutes,” she said. “I’ll know if the coven was here. Maybe we’re not too late.” She said it to give Jared hope; she didn’t believe it.

Almost as soon as she’d stepped from the truck, Moira smelled evil. A subtle aroma on the edge of the ruins, growing with each step she took. Incense. Poisoned incense. Strong herbs and odors to control spirits. But it was the sulphuric stench of Hell itself that raised the skin on her arms and made the scar on her neck burn. As Moira neared the midpoint of the spirit trap, she slowed her pace, her feet heavy as lead. Slower. Slower. She wanted to run back to the small, safe island off Sicily and lock herself inside St. Michael’s fortress. She didn’t need this, didn’t want it, but she could not shirk her responsibility.

All that is necessary for evil to triumph is for good men—and women—to do nothing
.

As Moira approached the wide circle painted in white on the ground, it became clear that the ritual had been interrupted. There were signs of violence—overturned candles, disturbed earth, a feeling of unrest, of commotion. While no candles burned, the scent of extinguished flames hung in the low-lying fog.

There, in the middle of the circle, was a dead body.

The Prey
The Hunt
The Kill

Speak No Evil
See No Evil
Fear No Evil

For my two oldest children
Katie and Kelly

I will forever remember our girls’ nights munching popcorn and nachos watching
Supernatural
and
Veronica Mars
and
Buffy
and all the scary movies we screamed at and laughed over. I will remember you both growing from sweet, inquisitive children into mostly sweet and curious teenagers, and I know you’ll be charming, smart, and spirited adults.

Katie: I am in awe of your strong, innate sense of justice, of right and wrong, of defending the underdog and standing up for your beliefs. Your self-confidence will take you far, your common sense will keep you safe, and you can do anything you set your mind to.

Kelly: Your creative talent is far beyond your years, and I marvel at your artistry. Your imagination is boundless, and your perceptions surprisingly mature. Don’t doubt yourself, and you’ll be able to do anything.

I am so very proud of you both.

In addition to the usual suspects—my agent Kim Whalen, my incredible editors Charlotte Herscher and Dana Isaacson, and the entire Ballantine team—there are a few people I want to acknowledge for their help with this book.

First, my daughter Kelly Brennan who came up with the cover concept for
Original Sin and
created the original illustration in this book. We had a lot of fun and energetic conversations about the Book of Genesis and the seven deadly sins in the world today. And the designer, Scott Biel, who took our vision and created an amazing cover.

My writing buddies, especially the talented Toni McGee Causey, who read a very early, very rough version of this book and helped talk through my worldbuilding, playing both devil’s advocate and biggest fan. She was also there to listen to me whine, complain, cry, and celebrate. I owe you big time. (And thank goodness for free long distance calling!)

My amazing blog partners at
murdershewrites.com
and
murderati.com
who may not keep me sane, but are crazy enough that I appear surprisingly ordinary.

My kids for understanding that the writer’s life is not normal and putting up with my late nights and caffeine fueled mornings; my husband for bringing me Starbucks even when I don’t ask; and my mom for being a surrogate chauffeur and terrific grandmother.

And finally, especially, thank you to my readers, for indulging me this deviation into the supernatural world. This story has been in my head for more than six years, and I’m thrilled and grateful that I’m able to share it.

We always long for the forbidden things,
and desire what is denied us.

No one could hear Moira’s piercing screams; they were in her head, as trapped as she was by the ancient demon who was luring the man she loved to his death
.

Peter, her lover, her life, the reason she wanted to survive, held out the cross and chanted an ancient exorcism
.

Her palms went up, facing him. The demonic energy building within pulsated outward and grabbed her lover by his throat
. Squeezed.
It was as if her own hands were tightening around Peter’s neck with inhuman strength. But Moira was many feet away from him, the demon using her body to channel his satanic energy. Peter was dying, struggling for breath as he collapsed to the floor, scratching at invisible hands around his neck, drawing his own blood
.

Moira witnessed the shock on Peter’s face. The pain. The disbelief. With a flick of her wrist, the malevolent demon hurled him across the room with enough force to crack the stone wall. Peter dropped twelve feet to the ground, dead …

Moira O’Donnell jolted awake, her breath coming in gasps, the cheap, scratchy motel sheets damp from perspiration, her skin slick and hot to the touch. As always, after this nightmare came a vision, hitting so hard and fast and fading so rapidly that every time she tried to focus on a detail, it would disappear like a wisp of smoke. But fear still clung tenaciously to every cell in her body, squeezing her tight until she was nearly blind with panic.

She’d been having nightmares every night. And just as the nightmares were the real past, the visions that invariably followed were the real present. They were far from useful: even as Moira witnessed events happening
right now
, she was powerless to stop the endless cycle of destruction. How could she balance the scales if evil kept winning?

It didn’t help that her visions were difficult to decipher, snippets of startling images and intense feelings, strangers’ faces and places she’d never been. She suffered with people she didn’t know, feeling their pain, sharing their terror, and was unable to do a damn thing to stop it. Father Philip explained to her there was a deeper meaning, to be patient, but Moira was tired of waiting for answers that never came. She was exhausted from watching the underworld win yet another battle, and seeing countless more innocent people suffer.

Moira was tired of living when she had nothing to live for.

She sat up, head in her hands, doing what Father Philip told her to do after a vision. Try to remember. Search for clues.

You are seeing these things for a reason. Ask questions, listen for answers. They will be there when you need them, but you must be alert
.

Sure, rip open my soul to be tortured again and again
,
always searching for answers when I don’t even know the damn questions!

She heard the crashing of waves against cliffs far beneath her.

Moira could practically smell the salt air. Salt air tinged with smoke, ash, sulphur. She focused on remembering the images she didn’t want to see.

A demon. The stench of burning sulphur, so thick her tongue was coated with it, mixed with the sick, sweet, metallic taste of blood. A burning house. Screams of agony. Not only from those trapped inside, but all around her. All around, and down below …

Moira jumped out of bed, unsteady. It was a portal. A gateway to Hell, a place where the supernatural barrier between this world and the underworld was so thin and weak that it took little effort to bring forth evil, or send souls into the fiery pit.

Joyous laughter cackled loudly as evil watched death win a victory for its master. The house collapsed into itself, down, down into the molten pit far, far below … the gate was opening …

Fiona was responsible. Moira knew it as certainly as she knew that she was just as responsible as her mother for Peter’s death.

Once again, Moira was too late to stop Fiona—a witch, a magician, an evil bitch, any of the names worked—from unleashing darkness into the world. Her laugh, her
scent
of lavender and musk, filled the air but disappeared as soon as Moira concentrated on the details of the vision, something, anything that might tell Moira where Fiona was
right now
. As soon as she focused, the sights and sounds faded away.

Would she ever figure this vision thing out? Would it ever
help
her find her mother, or would it only continue to taunt her, tease her, haunt her?

Moira sat back on the bed and stared at the long, unblinking cat’s eye where the depressing yellow streetlight cast shadows through the slit where the curtains didn’t quite meet. It was late November and the bitter cold would most certainly bring snow to this small, depressed town in upstate New York. The blustery weather reminded Moira of her childhood in Ireland, but here there was no green, not even a hint of spring, no salty air or the sweet warmth of burning peat.

A glance at the puke-green digital numbers on the old alarm clock had her swearing under her breath. Three fucking a.m. Ninety minutes of sleep. No way was she getting any more downtime tonight. She got up, switched on the desk lamp, pulled off her damp T-shirt, and walked over to the sink in an alcove. Even the shower wasn’t private, simply a cheap plastic curtain hiding stained green tiles. Only the toilet was behind a door in a closet barely wide enough to turn around in. She splashed water on her face and under her arms and efficiently brushed her thick, black hair into a long, wavy ponytail.

The scar on the left side of her neck caught her attention. She tilted her head to view the odd-shaped discoloration that could be mistaken for a strawberry birthmark if anyone else actually saw it. Though barely noticeable after seven years, the scar was forever imprinted in her mind. If only having the memories—and nightmares—removed could be as easy as removing the demon’s mark her mother had branded on her.

She leaned over, holding the stained porcelain with white-knuckled fingers, drinking water from the faucet, the St. Michael’s medallion she never removed clattering against the sink. Her face flushed with fear and the urge to run; she splashed icy water over her skin. Panic would get her and others killed. Too many people counted on her to find Fiona.

How do you kill your own mother?

She looked at the scar again. It burned beneath her skin as it had thirteen years ago, when Fiona had marked her on her sixteenth birthday. A memory of the pain …

It was no memory.
The scar was burning
.

Moira checked the salt seals on the windows and door. There was little that could stop demons, but she could slow them down, weaken them. It had saved her more than once, giving her time to disappear.

The Silence of Ghosts by Jonathan Aycliffe
A Tiger in the Kitchen by Cheryl Tan
More Than Two: A Practical Guide to Ethical Polyamory by Franklin Veaux
People of the Tower (Ark Chronicles 4) by Vaughn Heppner
The Scarlet Thread by Evelyn Anthony
The Ruining by Collomore, Anna
Seduction by Velvet
Romancing the R.A. (Campus Crush series) by Drake, Ashelyn
Forgotten Witness by Forster, Rebecca
Death Comes to the Village by Catherine Lloyd