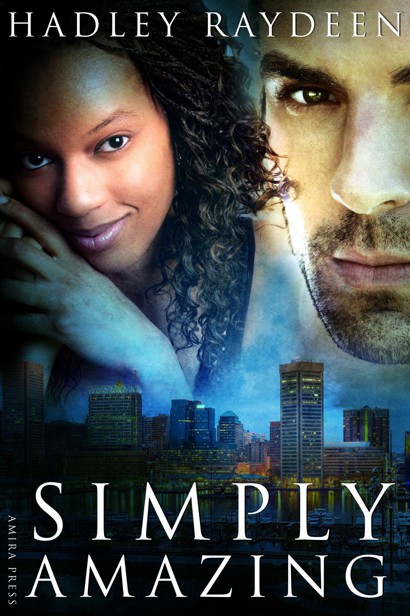 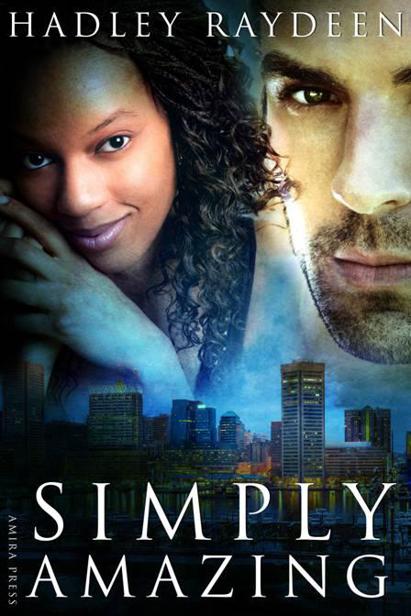 This is a work of fiction. All characters and events portrayed in this novel are fictitious or used fictitiously. All rights reserved, including the right to reproduce this book, or portions thereof, in any form.

To my simply amazing husband…

She saw him before he noticed her. She could only stand, staring like a complete moron. Tall, dark, and too incredibly handsome Daryl, her man of nearly six months, stood in the back of the crowded bar tonguing some big-breasted brunette.

She stood like a statue, watching as he moved his dark hand up and palmed one of the woman’s fleshy globes like a basketball. He kneaded at her through her tight, red dress.

Because of the noise level in the bar she couldn’t hear what he was saying, but she was sure it fell along the lines of,
“Let’s get out of here so I can rip this dress off you and fuck you senseless.”
She knew this from personal experience. The fact this no good bastard said practically the same exact thing to her the night they’d met made her want to launch herself at him and claw his chocolate-brown eyes out with her bare hands.

“Hey, girl!” Lana, her best friend, came up beside her. “What are you doing over here? The party is over at the bar.”

“No, apparently the party is over there.” She pointed in the direction of Daryl and the woman.

“Oh my God.” Lana put a hand to her mouth. “No he isn’t cheating on you right in front of your face.”

“He doesn’t know I’m here. He’s been spit swapping with that ho for the last five minutes. I saw him follow her, and I followed him.”

“I can’t deal with this now. I need a drink.” She turned and walked to the bar.

“Whoa! You aren’t going to confront him?” Lana asked following her.

“That over there is what’s going on,” Lana said, pointing in the direction of Daryl.

“Damn, is that Daryl?” Blake asked.

“Yes, it is my no good, cheating, lying, son-of-a-bitch boyfriend. I’ve had a feeling he was cheating, but now I see it with my own eyes.”

“No. He thinks I’m working late tonight. He was supposed to come to my house later.” She turned to look at Blake. He looked over her, concern in his dark green gaze. He’d been her friend for at least five years, yet nothing more had developed between the two of them. Not for Blake’s lack of trying. He never hid his interest in Donia. Like a good friend, he sat back and watched her go through boyfriends, always ready to defend her honor.

“What are you going to do? Do you want me to go talk to him?”

She smiled. “No, Blake, I have to do this.” She sipped at her drink and handed it to Lana. “Please hold this.”

“We have your back, honey.”

Donia would much rather walk out of the bar and leave Daryl’s shit at the curb waiting for his cheating, lying ass when he came over. But she knew she had to deal with this now. Who knew how long this had been going on? The way he eagerly explored this woman’s body screamed familiarity. By the time she made her way to where Daryl stood, the couple was no longer kissing. They intimately whispered to each other—her hand in his.

The sight made Donia want to vomit. She needed to calm down and handle this as quickly as possible. “Daryl,” she said from a few feet away. When the man didn’t respond, she tried again, irritation in her voice. Too engrossed in his conversation, he didn’t hear one word she said. She walked up to the couple and tapped him on the shoulder.

He looked at her lazily through lust filled eyes. “Can’t you see we are talking?” His gaze landed on hers and he jumped. “Oh! Donia!”

She waved at him, sarcastically. “Hey!”

“What are you doing here?” He nervously stepped away from the other woman.

“I could ask you the same thing, but since
what
you are doing is obvious, I will ask you to have your shit out of my house by tonight.” She turned on her heels to walk away, but he was right at her side.

“Wait a minute. We were only talking, baby. You don’t have to act like this.”

“Only talking?” She felt her temperature rise. “I saw you battling tongues with this woman not more than five minutes ago.” He stood speechless in front of her. “Yes, I saw you. What do you have to say now?”

He hooked his hand around her arm, dragging her away from the other woman. “Look, you know how I feel about you, baby. We can talk about this.”

“No, really we can’t—but you might want to talk to her. She looks pissed off you are showing another woman so much attention all of a sudden.”

“You should have thought about that before you started messing around with another woman.” She turned from him before he could say anything more. “I want your shit out, Daryl.” She tossed over her shoulder. “And leave the key!” People within earshot turned to watch the scene.

“Are you okay?” Lana asked when she returned to the bar.

She gathered up her purse and jacket. “I need to get out of here.”

“Blake went to get his car in case you needed a ride home.”

“I’d rather just walk, if you could tell him when he gets back?”

“Are you sure, honey? It might be good to let him care for you right now. Blake has always been a great shoulder to lean on.”

“You’re right, and I don’t want to use him right now after how things just went in here. I need some time alone and I know how Blake feels about me. It would just be too awkward.”

“You know he is there for you no matter what goes on.”

“I know, but right now, I’m not looking to jump into anything else with any other man. I just need to walk home and clear my head. I promise to call you later.” She left the bar without looking back at Lana or Daryl.

“You really don’t have to follow me,” Donia called out over her shoulder at the dark sedan slowly trailing her down the street. She rolled her eyes and flipped a handful of microbraids behind her shoulder.

“Get in the car,” Blake protested.

“I’ll walk.”
God, Blake. I know you want to help, but give me some space already.

She stopped walking down the quiet street, well aware her coat was clinging to her shapely body and her dark hair hung like a wet mop. Annoying drops of rain pelted her face. She knew her face was a wreck. Between the rain and her tears, her eye makeup was probably running down her cheeks.
I’m sure I look really sexy.
A bitter laugh escaped her lips. She turned slowly to face him. “What is it, Blake?”

His dark green eyes showed concern as he looked up at her. “Let me drive you home.”

“I don’t want to get in that fancy ride you have there with these wet clothes on.” She made excuses. He opened his car door. His gaze remained on her. “What are you doing?” she asked as he shut the door behind him, joining her on the sidewalk. She watched the rain drench his black hair.

His voice caused her traitorous body to react. Her nipples, already erect from the cold rain, now tingled. She searched for something cleaver to say to ease the tense moment. “You could have stayed in your car. Really, I’m fine.” She tried to step back, but he stepped forward and caught her hand.

“I can’t.” She closed her eyes, willing him to go away. When he didn’t respond she opened one eye. If he didn’t still have her hand, she wouldn’t have known he was there. The look of anger in his eyes surprised her.

“What!” She dropped his hand, angry at the accusation. “Don’t be ridiculous.”

“Then what is it!” She heard him mumble a curse before turning from her.

“It’s him,” she yelled back. “We just broke up, damn it. You are already chasing me down the damn street! For what, Blake! You think I’m going to let you take me home and fuck me!” She was screaming at the wrong man and she knew it. Blake had never hurt her. Always a friend, he had her back regardless. She knew he wanted her, but she always brushed it aside. Always going after those big-shot, successful
brothas,
she never had time for Blake. Now she had been burned by one of those men, and who was here for her once again?
Blake.

He flinched at her last comment. “You know me better than that. I would never…” He shook his head. “I was there, Doni. I know he broke you apart back there. ”

“You don’t have to be my safety net.” She refused to look at him. “I’m strong. I’ll pull through.”

“No doubt,” he said, shoving his hands into his pockets. “I wanted to talk to you about something tonight. Things got out of hand before I had a chance.”

“Can we talk later, Blake? I’m drained, really. I just want to go home, get a shower, and sulk.”

Two weeks later, Donia sat at a booth in her favorite bistro sipping a vanilla chai. She hadn’t heard from Blake since that night, which was unlike him. He usually called, e-mailed, or texted her at least twice a week. Oddly, the one man she usually looked over, she missed the most right now. She hadn’t thought about her no-good man since the night he’d made a scene at the bar.

The bell on the front door chimed and a group of her friends piled in. Blake wasn’t among them. She put on a cheerful grin as they joined her.

“Hey, girl, you look nice.” Lana sat next to her and hugged her.

“Thanks, honey,” she said, squeezing her friend back. She waited for the rest of the gang to cozy in before she gave the question to the group.

“Have any of you heard from Blake?” The silence annoyed her at first, and then frightened her. “What’s going on?” she asked looking at Lana.

“He received a promotion at the firm…in Baltimore. He left yesterday.”

Her heart dropped. “Why didn’t he say anything? He drove me home that night…” She remembered he wanted to talk to her, but she didn’t want to hear anything he had to say. She was too busy sulking.

“He knew you were going through your own stuff. He said he would call once he settled in.”

“He called us this morning.” Her friend Steve picked up a beer and took a drink.

Lana shot him a warning glance. “I’m sure he will call you,” she said giving her friend a reassuring nod.

“He said he needed to talk to me. Was it about that?”

“Among other things,” Lana answered.

“Well, what other things?”

“He said he would call. You really should hear it from him.”

“Lana, if you know what is going on you should just say. I’m not into guessing games and I sure as hell am not into waiting for a phone call. I know you guys know what he wants. Someone could at least give me a heads-up.”

“He wants to talk about how he feels about you, Doni.” Lana finally gave in.

That’s what she was afraid of. Doni didn’t want to ruin a good friendship by muddying the waters with a romantic relationship. She couldn’t keep avoiding the conversation with him, though.