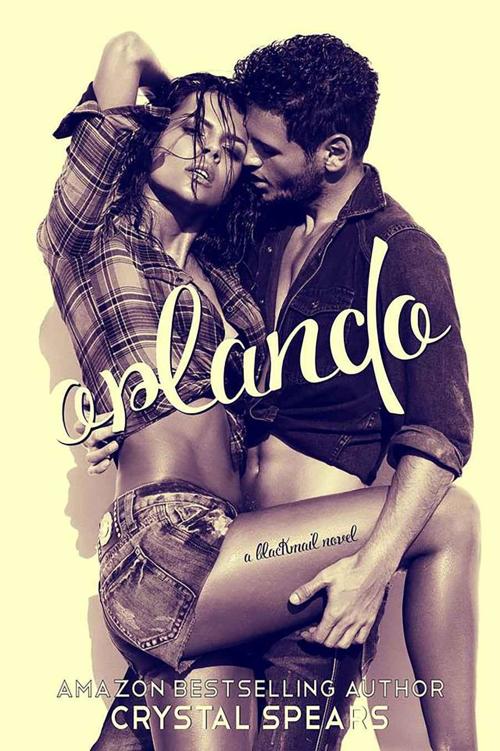 I didn’t choose to do this for myself. This part of my career was never supposed to happen. I’m an A-list movie star who’s stuck making this trilogy under a false name, heavy makeup, and a sucky accent.

For some reason, no one has asked me why, or what the hell caused me to do this to my career and myself, and I’m thankful.

But knowing how Hollywood works, there should be no doubt as to why I’m here.

My name on the chair, written in fancy, fucking gold letters, causes me to roll my eyes as a child would. I’m a triple threat in Hollywood. I act, produce, and direct. And now, I’m in Tahiti for the last installment of an adult movie trilogy. My reason for being here, what drew me to direct and produce this final film, is the star behind the false name. We grew up together and I once knew her very well. If it weren’t for her and my need to protect her and her career, I wouldn’t be where I am right now.

Nothing is wrong with the adult film industry, but something about Friday, an A-list movie star, headlining in this particular film bothers me. Even hiding behind a phony name, fake blonde hair, contacts, and the best wardrobe and make-up artists around, I know it is her. And if I know? Before long, the rest of the world will know, too.

My job, as someone who grew up with her, is to protect her, and I will do it at all costs. If word gets out she did a rated NC-17 trilogy, I don’t even want to think what that will do to her career.

I respect all actors and the work they do, but this isn’t like her, and it isn’t something she would choose to do.

So while I work and do my best to protect her, I will stop at nothing to get to the bottom of this.

The crew bustles around, fixing this and that, rearranging furniture last minute. All I do, as I sit in this fancy ass chair, is wait for the woman I haven’t seen in years to come onto the set. I grew up with Friday Caracci. The beautiful, talented triple threat Friday is the woman everyone wants to be like, and everyone wants to fuck. I can’t say I blame them. She’s a rare jewel.

Friday and I never got together. Don’t get me wrong. The chemistry has always been there, but having grown up with someone as gifted, talented, and beautiful as her, anything more could have damaged our carefully constructed friendship.

She always called it the push/pull effect. I’d push and she would pull. She always wanted more, and hell if I didn’t want it too, but being that I didn’t want to lose her forever, I squashed it every chance I got. It wasn’t until I married that she gave up trying. Who could blame her? I denied her every chance I got, and to be honest with myself and everyone else, I broke her damn heart. It’s amazing how deep a love you can feel for someone you’ve never shared more than a hug, but I am, and always will be, in love with Friday.

So, as I wait for my actors to come out, I thumb the empty spot where my wedding ring used to sit. It feels odd for it to be gone, but at the same time, freeing. After twenty-five years of knowing Friday, I’m ready to take the plunge into being with her, and as soon as my divorce is final, I will make my move. I have known her since I was seven years old. We watched one another grow. We dreamt together, planned together. Hell, we used to do everything together, and I miss that. I miss her.

And when I finish producing and directing this film, and I’m a free man, I will figure out how I go from the friend zone to where she always wanted me.

“Actors on the set!” I holler.

I turn towards my production assistant as she hands me my clipboard, headphones, and motions for Friday and Monteo.

My eyes aren’t on Monteo, but on the gorgeous Friday, or as she is being called, Kaciara. She looks alluring as always, even with the deep, dark, smoky makeup covering most of her eyelids. Her brown hair is now highlighted a sinful blonde, and her calves in that skirt make my mouth water. Her brown eyes shine bright, and her plump lips are, as always, kissable. She carries her script in one hand and her cell phone in the other.

“Mr. Dupree.” She speaks in a soft voice.

I snort. If she wants to be professional, then so be it. “Kaciara Carmichael.”

I don’t like using this new name. It leaves a bad taste in my mouth, but if she wants to keep this professional, then I will.

“The script is… well, it is something,” she murmurs as she bites her lip and shuffles her feet.

She and the script are what drew me to this project. At the last minute, the other director and producer dropped out during the final installment. The first two movies are under wraps. The reason filming was scheduled all at once was to save on budget costs. They haven’t finished editing the first two, which I suspect is why I was offered a substantial amount to not only film and produce this one, but also edit all three flicks as well.

“I am. Two down, one to go.” She shifts back and forth in the stilettos her team chose for her today.

Mateo looms next to us, his arms crossed. A smirk covers his face, and his cocky attitude shows in the way he stands. I’ll knock him down a peg or two later. My first job is to make Friday feel comfortable here on the set, with or without me.

I stand, wrap my hand around her elbow, and escort her away so that I can talk to her in private. I haven’t spoken a word to her in over a year. When we are away from all ears, I try my best to ease her nerves.

“Bucket, it’s just me, your old friend Orlando. You're nervous when there’s no reason to be nervous at all.”

Her mouth tilts up at the use of her nickname, and I notice some of the tension leaves her body. “Please, don’t call me that around other people.”

My lips tilt to the side as I try hard not to smile. She’ll be fine. I can see it in her gaze and the way her face contorts.

She pauses when her personal assistant comes up to take her cell phone and script, and waits for her to leave until she answers me.

“You have to admit it, Orlando. This is… odd,” she mutters under her breath.

The strange thing is, this is my first project with her, and it’s the first time I will see her fully naked. Of course, it has to be with some asshole like Mateo putting it to the girl I have always loved. Yeah, that’s the only thing strange about it.

“Friday, I only took this job so I could help protect you. I know there’s more going on here than meets the eye, and maybe you’ll tell me about it soon.”

Her eyes widen and her mouth drops open before snapping shut. I shake my head at her, my own secret way of letting her know I won’t believe a lie if she tries to tell me one.

“Fine, maybe, we’ll see,” she says in a soft voice. “I want to get this film over and done with. I want my life back.”

My fists ball at my sides. “Three months, baby. I’ll get you through this, I promise,” I grit through clenched teeth. My anger has nothing to do with her, and everything to do with whatever the fuck is going on here.

My heart stutters in my chest when she calls me O. She hasn’t called me that since we were kids. We haven’t spoken more than a few words to one another since high school, and every time I’ve seen her since, it was in passing during parties or premieres. We both agreed on that plan when we discovered our attraction was both ways.

“I see you’re not wearing your wedding ring.” Her voice quivers as her nerves reappear.

A laugh bubbles out of me as I rub my thumb over the bare spot. She is right, and she, of all people, knows I don’t believe in divorce, so I could see why it would make her nervous. I think, if you commit to someone, you should make it work, and do everything in your power to fix whatever is wrong.

After almost a year of trying to work it out with my wife, I have given up. She doesn’t want me and she has cheated countless times. A man can only deal with so much, know the end results won’t change, no matter how hard a person he is. The only reason I’m no longer fighting to keep my marriage intact is because of Friday, but I don’t say this to her. If I didn’t want to change things between Friday and me, I would live in this loveless marriage until I die. Don’t get me wrong. I love my wife, but I love Friday too, and since my wife is the one pressing for this divorce and refuses to change her mind, I need to move on.

Instead of giving her my reasoning behind the missing ring, I shrug it off. She does not need to know my plans for her quite yet.

Friday moves her bangs to the side and answers. “I am.”

I lift my hands in the air and snap my fingers for her hairstylist to come over. “Fix her hair. It’s bugging her, and I want her comfortable,” I demand.

“Thank you, Mr. Dupree,” she replies, getting right back down to business.

It takes everything I have to walk away from her and sit in my fancy, unnecessary chair. My assistant Tia calls for places while I put on my headpiece. When they rest comfortably on my head, I give a nod to let her know it’s time to work.

“Quiet on the set,” she yells, and the actors bustle into their spots. I know this script by heart. It’s my job to memorize it and do the writers justice.

When Friday is situated at the bar on set, she winks at me.

“Scene nineteen, take one,” Tia barks while snapping the clapperboard.

(Scene Description: The wind whips across the bar, knocking over her drink.)

So while I was back home, you decided you didn’t want to be with me after all? That I moved here for no reason! I packed up my entire life to be with you!

(The wind picks up, whipping the picnic table umbrellas out of their sockets and Jude scurries to close them and to put them away as he struggles to answer Ann)

I was all set on being with you. In fact, I didn’t change my mind until after I slept with someone else. (Use aggravated tone) It reminded me I had options and that I’m not the type to settle down.

(Ann gets up, strolls towards Jude. Jude strips her of her clothing)

But I thought you said—

(Jude hushes her with a kiss, lays her down on one of the tables, grasps her thighs, his movements loving. The audience needs to be riveted, itching to be in the place of Ann. Jude enters her. His movements become rough. He treats her as if she is nothing but sex to him. His actions need to match his tone when the sex scene ends.)