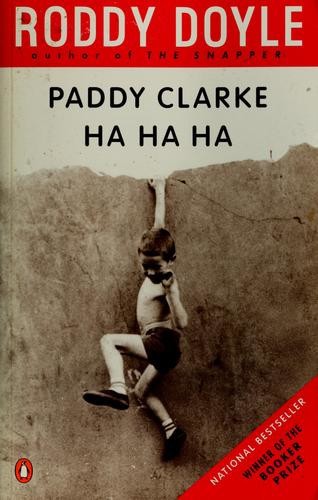 This book is dedicated to
Rory
We were coming down our road. Kevin stopped at a gate and bashed it with his stick. It was Missis Quigley’s gate; she was always looking out the window but she never did anything.
—Quigley!
—Quigley!
—Quigley Quigley Quigley!
Liam and Aidan turned down their cul-de-sac. We said nothing; they said nothing. Liam and Aidan had a dead mother. Missis O’Connell was her name.
—It’d be brilliant, wouldn’t it? I said.
—Yeah, said Kevin.—Cool.
We were talking about having a dead ma. Sinbad, my little brother, started crying. Liam was in my class in school. He dirtied his trousers one day - the smell of it rushed at us like the blast of heat when an oven door was opened - and the master did nothing. He didn’t shout or slam his desk with his leather or anything. He told us to fold our arms and go asleep and when we did he carried Liam out of the class. He didn’t come back for ages and Liam didn’t come back at all.
James O’Keefe whispered,—If I did a gick in me pants he’d kill me!
—Yeah.
—It’s not fair, said James O’Keefe.—So it’s not.
The master, Mister Hennessey, hated James O‘Keefe. He’d be writing something on the board with his back to us and he’d say,—O’Keefe, I know you’re up to something down there. Don’t let me catch you. He said it one morning and James O’Keefe wasn’t even in. He was at home with the mumps.
Henno brought Liam to the teachers’ toilet and cleaned him up and then he brought him to the headmaster’s office and the headmaster brought him to his auntie’s in his car because there was no one at home in his own house. Liam’s auntie’s house was in Raheny.
—He used up two rolls of toilet paper, Liam told us. —And he gave me a shilling.
—He did not; show us it.
-There.
—That’s only threepence.
—I spent the rest, said Liam.
He got the remains of a packet of Toffo out of his pocket and showed it to us.
—There, he said.
—Give us one.
—There’s only four left, said Liam; he was putting the packet back in his pocket.
—Ah, said Kevin.
He pushed Liam.
Liam went home.
Today, we were coming home from the building site. We’d got a load of six-inch nails and a few bits of plank for making boats, and we’d been pushing bricks into a trench full of wet cement when Aidan started running away. We could hear his asthma, and we all ran as well. We were being chased. I had to wait for Sinbad. I looked back and there was no one after us but I didn’t say anything. I grabbed Sinbad’s hand and ran and caught up with the rest of them. We stopped when we got out of the fields onto the end of the road. We laughed. We roared through the gap in the hedge. We got into the gap and looked to see if there was anyone coming to get us. Sinbad’s sleeve was caught in the thorns.
—The man’s coming! said Kevin, and he slid through the gap.
We left Sinbad stuck in the hedge and pretended we’d run away. We heard him snivelling. We crouched behind the gate pillars of the last house before the road stopped at the hedge, O’Driscoll’s.
—Patrick—, Sinbad whinged.
—Sin-bahhhd——, said Kevin.
Aidan had his knuckles in his mouth. Liam threw a stone at the hedge.
—I’m telling Mammy, said Sinbad.
I gave up. I got Sinbad out of the hedge and made him wipe his nose on my sleeve. We were going home for our dinner; shepherd’s pie on a Tuesday.
Liam and Aidan’s da howled at the moon. Late at night, in his back garden; not every night, only sometimes. I’d never heard him but Kevin said he had. My ma said that he did it because he missed his wife.
—Missis O’Connell?
—That’s right.
My da agreed with her.
—He’s grieving, said my mother.—The poor man.
Kevin’s father said that Mister O‘Connell howled because he was drunk. He never called him Mister O’Connell; he called him the Tinker.
—Will you look who’s talking, said my mother when I told her that. And then she said,—Don’t listen to him, Patrick; he’s codding you. Sure, where would he get drunk? There’s no pubs in Barrytown.
—There’s three in Raheny, I said.
—That’s miles away, she said.—Poor Mister O’Connell. No more talk about it.
Kevin told Liam that he saw his da looking up at the moon and howling like a werewolf.
Liam said he was a liar.
Kevin dared him to say that again but he didn’t.
Our dinner wasn’t ready and Sinbad had left one of his shoes back in the building site. We’d been told never to play there so he told our ma that he didn’t know where it was. She smacked the back of his legs. She held onto his arm but he still kept ahead of her so she wasn’t really getting him properly. He still cried though, and she stopped.
Sinbad was a great crier.
—You’re costing me a blessed fortune, she told Sinbad.
She was nearly crying as well.
She said we’d have to go out and find the shoe after dinner, the both of us, because I was supposed to have been looking after him.
We’d have to go out in the dark, through the gap, over the fields, into the muck and the trenches and the watchmen. She told us to wash our hands. I closed the bathroom door and I got Sinbad back for it; I gave him a dead leg.

Down to the Bone by Thirteen
The Bloodbound by Erin Lindsey
Moonstone by Jaime Clevenger
Thirteen Specimens by Thomas, Jeffrey
Kyn Series by Mina Carter
The Boggart by Susan Cooper
Talons of Eagles by William W. Johnstone
No strings attached by Alison Kent
Jilliane Hoffman by Pretty Little Things
Such Visitors by Angela Huth