Read Paris to the Pyrenees: A Skeptic Pilgrim Walks the Way of Saint James Online

Paris to the Pyrenees: A Skeptic Pilgrim Walks the Way of Saint James 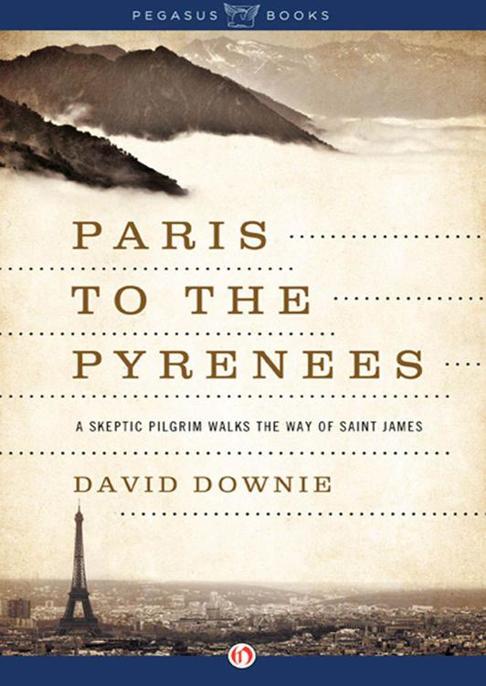 A SKEPTIC PILGRIM WALKS THE WAY OF SAINT JAMES 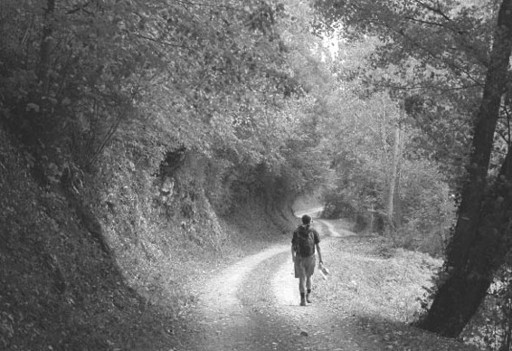 Another one from the heart.

Special thanks go to our friend and colleague G. Y. Dryansky for his strategic assistance, to our wonderful agent Alice Martell, and to my inquisitive editor Jessica Case and distinguished publisher Claiborne Hancock, for their enthusiasm and generosity.

Aedui
: A Gallic tribe whose territory corresponds to the Saôneet-Loire and Nièvre administrative
départements
of central-southern Burgundy. Their capital was Bibracte. The Aedui were “friends of Rome” and, according to Julius Caesar, called upon the Romans to help them resist invasion by rival Celtic and Germanic tribes. The Roman response set in motion the Gallic Wars.

Alésia
: Gallic fortified town where Vercingétorix (see below) and other Gallic chieftains took refuge from Julius Caesar during the final battle in the Conquest of Gaul. After a siege, the Gauls surrendered. Vercingétorix was taken prisoner, led to Rome, and murdered some years later. Alésia became a Roman city but fell into ruin in the Middle Ages. It has been excavated and transformed into a historical theme park.

Astérix
: Fictional Gallic hero, living beyond Roman-conquered Gaul in Armorica (Brittany, western France) circa 50 BC. The name merges “astered Halstatt Civilization, t ">tabula rasaisk” and “Vercingétorix” (see below). Originally humorous and subversive, Astérix has been adopted by the French mainstream (movies, Parc Astérix amusement park) and elements of the nationalist fringe. To some he is a symbol of resistance against foreign influence, from Caesar to immigrants and American-led globalization.

Bibracte
: Important Gallic fortified city or
Oppidum
, capital of the Aedui, founded circa 200 BC and abandoned or destroyed in the 1st century AD. It crowned Mont Beuvray, a mountain in the Morvan region of Burgundy. Vercingétorix was declared leader of the Gallic resistance at Bibracte. Caesar dictated part of his chronicle,
The Conquest of Gaul
, in Bibracte. During the lifetime of Augustus Caesar (63 BC–14 AD), the city’s inhabitants were resettled in nearby Autun, originally “Augusto Dunum” (city of Augustus). Bibracte is a national park, comprising archeological excavations and the Celtic Civilization Museum.

Burgundy
: Region of central-eastern France, divided into four administrative départements: Yonne, Nièvre, Côte d’Or and Saône-et-Loire. Celebrated for wine, it is also the heartland of ancient Gaul, where decisive battles were fought between Gallic tribes and Julius Caesar’s legions.

Julius Caesar
: Roman military and political leader, 100 BC–44 BC. Caesar led the legions into Gaul in 58 BC in a campaign lasting nearly a decade. Victory over Vercingétorix came in 52 BC.

Celts
: Ancient peoples speaking Celtic languages, of uncertain origin, thought to have migrated into Western Europe from the Balkans starting circa 1200 BC. They settled an area occupying much of eastern-central and western Europe and came into conflict with rival Germanic tribes and the Romans. Their homeland, Gaul, is today’s France. The terms “Celt” and “Gaul” are interchangeable. The Gauls gave rise to the Gallo-Roman civilization.

Charlemagne
: King of the Franks, 742-814 AD, declared Emperor in Rome in 800 AD. In 778 he led an army across the Pyrenees into Spain at the behest of Moorish rulers in conflict with the Emir of Cordoba. Charlemagne’s army antagonized the Basques, who decimated its rear guard at Roncevalles. Among the dead was Roland, Duke of the Marches of Brittany. The episode inspired the epic poem,
The Song of Roland
.

Cluny
: Town of 5,000 inhabitants in the southern Saône-et-Loire département of Burgundy, site of a ruined medieval abbey, formerly the largest church outside the Vatican.

Dumnorix
: Chief of the Aedui tribe during Julius Caesar’s invasion of Gaul.

Franco-Prussian War
: Fought between France and Prussia (a German state), 1870–71.

Franks
: Germanic tribe of northwestern France, Belgium, Holland, and western Germany. The Franks originated the Merovingian Dynasty of France, starting circa 450 AD, and rose to prominence as leaders of western Europe under Charlemagne.

Reconquista
: The Christian “re-conquest” of the Moorish-occupied Iberian Peninsula, 792–1492.

Résistance
: The French armed resistance to the Nazi Occupation and collaborationist Vichy government.

Roncesvalles:
Roncevaux in French, a Romanesque abbey in the Pyrenees, site of the ambush of Charlemagne’s rear guard, and an important stopover or starting point on the Camino de Santiago de Compostela pilgrimage route.

Berthe and Girart de Roussillon
: Founders of Vézelay Abbey, circa 855.

Saint James the Greater
: Known as Matamoro or Moorslayer, died in 44 AD in Judea. According to legend, his remains were discovered 800 years later at Compostela, northwestern Spain. The site is now marked by the cathedral of Santiago de Compostela, since the 9th century the most popular Christian pilgrimage destination after Rome and Jerusalem.

Vercingétorix
: Gallic chieftain of Arverni tribe, led resistance against Julius Caesar at Bibracte, surrendered at Alésia in 52 BC and was executed in Rome in 46 BC.

Vézelay
: Village in the Yonne département of northern Burgundy, site of the 9th-century Basilica of Mary Magdalene, one of the legendary repositories of the saint’s relics. After centuries of decline, Vézelay is again a pilgrimage site and important stopover or starting point on The Way of Saint James.

We sealed our bargain in the shadow of the Tour Saint-Jacques, the flamboyant Gothic tower on the rue de Rivoli half a mile from where my wife Alison and I live in central Paris. The tower is all that remains of the celebrated medieval church and hostelry of Saint James the Greater from which pilgrims in their thousands for over a thousand years began walking south following the main European branch of The Way of Saint James—“The Way,” for short—from Paris to the Pyrenees. That was where we were headed.

A few days before Easter, we strapped on our ped into my digital recorder. T while walkingometers, booted up, and marched south from the tower through crowds of commuters and tourists. Crossing the Île de la Cité, we stopped for a moment of quiet reflection at Notre-Dame cathedral. Then we headed down rue Saint-Jacques, poking our heads into churches, former pilgrims’ hostels, and the Paris residence of the abbots of Cluny—now Paris’s museum of the Middle Ages where the enigmatic
Lady and the Unicorn
tapestries hang.

The French call The Way of Saint James
le Chemin de Saint Jacques de Compostelle
while the Spanish call it
El Camino de Santiago de Compostela
. Either way, this pilgrims’ highway was built on top of an ancient Roman road that linked northern Europe via Paris to the heartland of Gaul and then continued south to Spain.