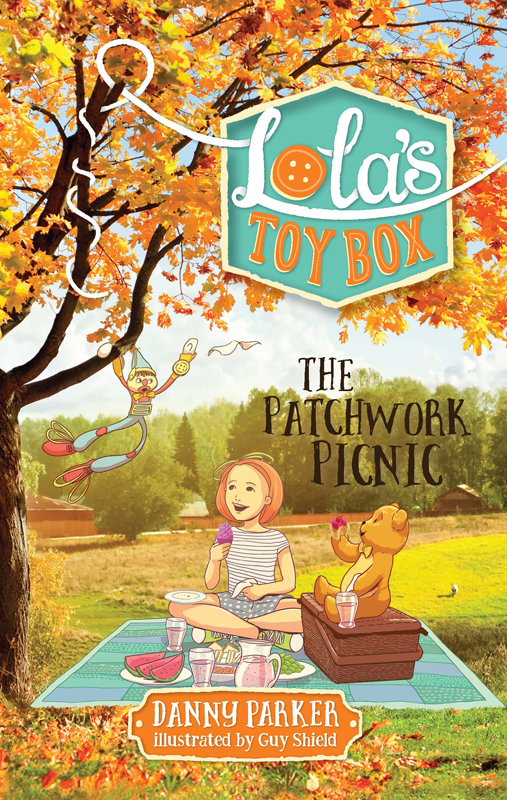 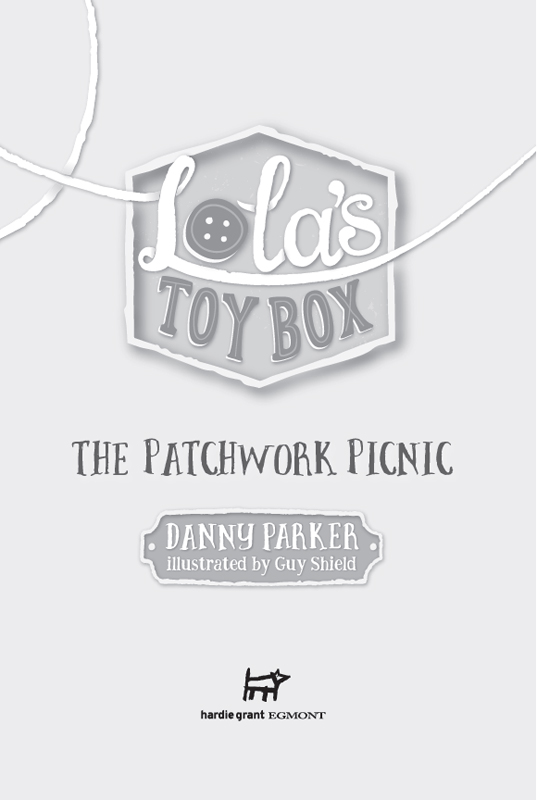 Lola raced downstairs after her brother. Mum was standing at the door of the garden shed.

âMost of this is rubbish,' she said, âbut if there's anything you'd like to keep, say so now.'

Lola couldn't believe her ears. She was
never
allowed in the shed. It was too messy and dangerous! Also, there were
spiders
in there.

Nick pushed past her.

âI'm having those jam jars. And those broomsticks,' he said. âAnd those bike wheels. And â' 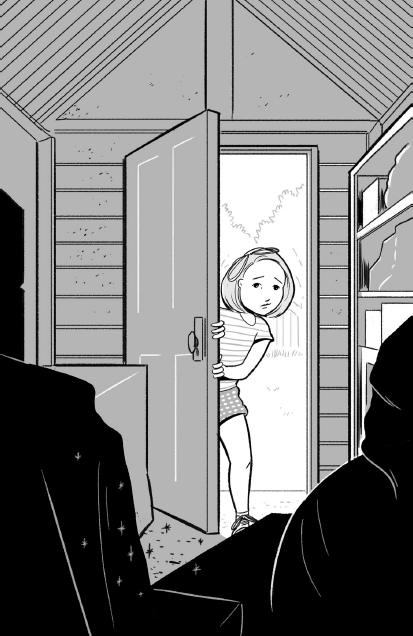 The shed looked
magical
inside.

Old furniture was jumbled together, making strange shapes and shadows on the walls. Shelves and cupboards overflowed with tins and jars, cans and empty pots.

âWhat's that?' asked Lola. She pointed to a shape under a sheet.

Lola stepped up and pulled the sheet away.

A million specks of dust danced in the sunlight.

And there it was. 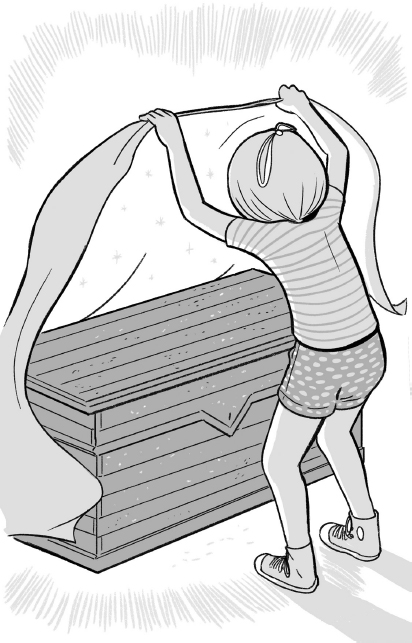 The box looked very, very old. It must have been in the shed for years.

Lola grabbed a cloth from the kitchen and cleaned the dust off the wood.

As she was cleaning, Lola saw some writing inside the lid:

Is that a place?
Lola wondered.
Perhaps Timberfields is where the box was made.

The toy box looked much better once it was clean.

Lola and her mum carried the box up to her room.

Her mum went back out to the shed, and Lola picked up Buddy. He was her favourite toy.

Buddy was a learn-to-dress clown. He was covered in buttons and poppers, zippers and buckles. Lola
loved
him.

âWhat do you think of my new toy box?' she asked Buddy. âDoes it look like a good home for you and the others?' 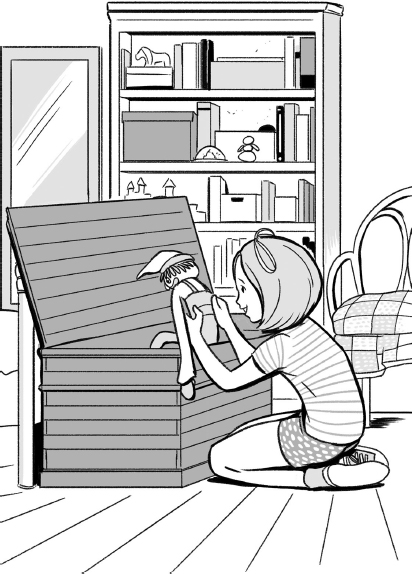 Lola often had chats like this with Buddy. He was an excellent listener!

Just then, she heard Nick stomping up the stairs. âOi, Lola!' he said loudly. âI'm coming in to talk about that box.'

Lola sighed. Not
another
Nick attack!

âBut I want it,' Nick moaned. âIt's not fair! I'll swap you something. You can have the bike wheels. Come on, Lola!'

Nick was
always
wanting her stuff. Why couldn't he just leave her alone?

âI'm counting to five,' Nick called through the door. âThen I'm coming in!'

Or maybe
I
could disappear?

I should hide
, thought Lola.

She looked at the open toy box.
Of course!

Lola grabbed Buddy and hopped into the toy box. She shut the lid and crouched inside.

And then
everything
changed.

The box filled with light and began to shake.

What on earth?
thought Lola, alarmed.

It was so bright that she had to shut her eyes. She held Buddy tight.

It felt like someone had picked up the toy box and was rattling it around like a money tin! Buddy flew out of her hands and landed in the corner of the box.

Lola waited a second. Then she opened her eyes.
Phew!

Leaving Buddy behind, she lifted the lid of the toy box and jumped out.

âNick, what is your
problem
?' she started to say.

But then she looked around, and â oh gosh!

She had climbed
out of
a large wooden picnic hamper!

And Lola wasn't in her bedroom anymore. She was on the side of a beautiful hill.

She couldn't believe it.

Things got even
stranger
when Buddy climbed out of the hamper and stood next to her.

Lola stared at her favourite toy. Her mouth opened and closed, but no words came out.

âBless my buttons, Lola,' Buddy said in a funny voice. âYou look like a goldfish!'

Lola gulped.
Is that â¦? Is Buddy talking to me?

Buddy giggled. Then he copied Lola, opening and closing his mouth like a goldfish. He looked very funny.