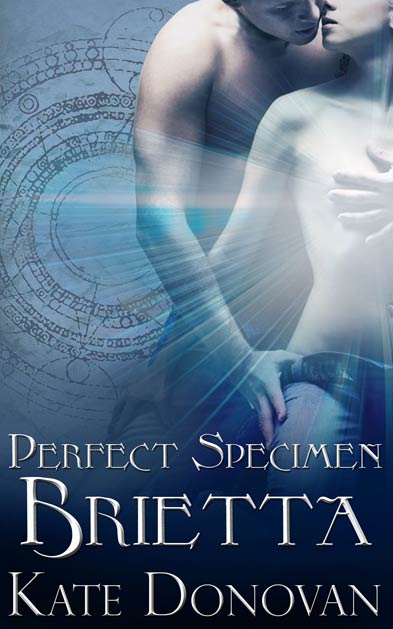 Carried Away
(A Mail-Order Bride Series)

Meant to Be
(A Mail-Order Bride Series)

Beyond the Page Books

Beyond the Page Publishing

All rights reserved under International and Pan-American Copyright Conventions. By payment of required fees, you have been granted the non-exclusive, non-transferable right to access and read the text of this book. No part of this text may be reproduced, transmitted, downloaded, decompiled, reverse engineered, or stored in or introduced into any information storage and retrieval system, in any form or by any means, whether electronic or mechanical, now known or hereinafter invented without the express written permission of both the copyright holder and the publisher.

This is a work of fiction. Names, characters, places, and incidents either are the product of the author’s imagination or are used fictitiously, and any resemblance to actual persons, living or dead, business establishments, events or locales is entirely coincidental. The publisher does not have any control over and does not assume any responsibility for author or third-party websites or their content.

The scanning, uploading, and distribution of this book via the Internet or via any other means without the permission of the publisher is illegal and punishable by law. Your support of the author’s rights is appreciated.

To Jessica Faust and Bill Harris

at Beyond the Page Publishing

for helping me bring this story to life

Ga’rag studied the three-dimensional diagram floating in front of him, anxious to confirm one last time that—physically at least—this human specimen was flawless. Not that he personally cared about perfection in her case. It was enough that she was a Ryerson and that he would eventually be allowed to kill her in the most brutal way imaginable.

Finally satisfied, he turned his attention to the three Ra-ahlian males who had joined him on his science vessel and were positioned on the other side of the diagram. It was important to impress his two clone-brothers if he ever hoped to repair his damaged reputation. And it was
crucial
to impress the overlord—master of their line of clones—if he hoped to avoid the sting of his whip.

“Father?” he murmured. “Do you find her satisfactory?”

The overlord shrugged. “She is smaller than your other specimens.”

“Yes, they were taller. But this one is average in height for a female of this species. And her dimensions are considered sexually desirable by the male population. In any case, she is supremely healthy.”

“And she is the cousin of your enemy—the human male known as Clay Ryerson,” said Pa’rag, the younger clone and the most recent of the overlord’s fifty clone-children to reach adulthood. “That is what makes her truly perfect in your eyes, is it not? The perfect revenge for Ryerson’s interference in your original experiment.”

Ga’rag measured his words carefully. “Yes, I intend to exact revenge. But I am also hopeful this new specimen can provide the genetic material we need to ensure the survival of our race. As I said, she is healthy—“

“
Physically
healthy,” the overlord corrected him. “But her mental stability remains untested. Will you be able to validate it quickly? You had nearly thirty years with the other specimens. For this one, you have less than two Earth weeks.”

Ga’rag gave a brisk nod. “We know much about her intelligence and genetic history from studying her family’s medical records and from the—well, the performance of her cousins. All that remains is to confirm that she inherited the Ryerson strengths without any hidden weaknesses or irregularities. I have devised a series of tests based on pain threshold, problem solving and submission to authority that will give us the data we need. If she passes, I will abduct her and we can harvest her genetic material as needed. If she fails the test”—he paused to savor this, the best part of the scheme—“I will still abduct her, and will subject her to an excruciating death. Either way, I will make certain her entire clan knows what I have done. I want them to feel this loss as acutely as possible.”

The overlord’s gills vibrated in angry warning. “Your selfish thirst for revenge is secondary to our need to reinvigorate our cloning.”

Ga’rag winced. For so long, he had dreamed of being the savior of his race and had been certain he would succeed. But there was something about this particular specimen—this Brietta Ryerson—that gave him pause. She was quite unlike his other human subjects. They had been so disciplined. So obedient. Of course, he had
made
them that way by involving himself in their upbringing from the moment they were born.

In contrast, Brietta was a twenty-eight-year-old female adult and he was just now getting his claws on her. It was possible that her willfulness and disrespect for authority—even male authority!—was a product of her environment, not embedded in her genetic code. For her sake, and for his own, he hoped that was true.

“The chip you implanted seems to be functioning well,” the overlord said, turning his attention to the readings on a monitor next to the floating diagram.

“Yes, it was surprisingly easy to drug her and perform the procedure. Given the short time frame for the experiment, I wish we could have used a more advanced chip so I could hear and analyze her thoughts, but it seemed safer to use the type I employed with my first three specimens.”

“Which means you can see what she sees? And hear what she hears? Nothing else?”

“I can also inflict hallucinations and nightmares, but only on a limited basis.”

Ga’rag tried not to smile too broadly. “Unlimited pain.”

The overlord scowled again. “Try not to kill her prematurely. She may still serve other uses.” He studied Ga’rag coolly. “You are certain she won’t communicate with her cousins? If she were to tell them of her pain or other suspicious circumstances, they might realize what you are doing. We cannot risk having them interfere again.”

“She is leaving this week on an archaeological dig that will take her to the far side of the planet. A location so remote she won’t have access to reliable communication. It’s perfect,” Ga’rag added reverently. “Clay Ryerson undoubtedly plans to tell her the whole story, but will only do so in person for fear we might intercept his communications. Little does he know that his precious cousin will be abducted long before he has a chance to see her again. But he will hear of her fate. I will make certain of that.”

To Ga’rag’s relief, the overlord smiled in approval. “It appears you have the situation under control. I will stay here and rest while your brothers proceed to the rendezvous point to examine the specimens that have been collected from other star systems. I can only hope they have had good results, so that we have a robust genetic pool from which to draw. ”

“I won’t be of much help to you, given the progress of my disease. Would you like one of your brothers to stay and assist you?”

“I appreciate the offer,” he assured his father respectfully, “but as they say on this planet, vengeance is
mine
.”

As soon as his clone-brothers had departed and the overlord had retired to his quarters, Ga’rag walked to a nearby screen and adjusted the controls until he had a clear view of Brietta Ryerson’s surroundings as seen through her own eyes. Unfortunately, he could also hear through her ears, and in the twenty-four hours since implanting the chip, he had been subjected to a never-ending display of female euphoria that had included humming, laughing and chattering to her friends and family about her upcoming adventure. He had been tempted several times to jolt her with a wave of pain or nausea, just to sober her for a few moments, but he had restrained himself, wanting to receive official permission from the overlord first.

Now that he had that permission, he couldn’t wait to torture this abominable Ryerson. But he would do so discreetly at first, and wait until she arrived at her desolate dig site before unleashing his full revenge. He didn’t want to scare her too much now and send her running to a hospital, or worse, to the Ryerson cousin named Josh who was a medical doctor.

To his surprise, it appeared that his new specimen was no longer smiling and humming. She was visibly fuming, every bit as angry as she had once been ecstatic. Pacing her apartment, she was using her primitive communications device to regale a colleague with the tale of how the head of the new expedition—a man named Taggert—had “screwed” her out of her assignment. She wasn’t going on the dig after all.

As Ga’rag listened in dismay, Brietta assured her friend haughtily, “It’s
his
loss. He’s digging up a cemetery, and I wrote the effing book on that.
Literally
, right? And he’s taking an effing paleontologist in my place! There’s got to be a story there, right? Probably X-rated if his reputation is accurate. So he dumps me? After I canceled my
entire
lecture tour so I could go with him?”

Before her friend could utter a word, the specimen continued in heated determination. “Who cares, right? My cousins have been begging me to visit them because of some mega-news they can’t talk about over the phone. So fine—I’m going there. I’ll be eating my aunt’s great cooking and getting spoiled by my favorite uncle while Sean effing Taggert roasts in some godforsaken desert with an effing
paleontologist
.”

Stunned, Ga’rag reached instinctively for the control that had been synched with the chip in the girl’s face. He couldn’t let her visit Clay Ryerson. More important, he couldn’t abide the sound of her undisciplined complaining, which was even more grating than her accursed cheerfulness.

With precision based on thirty years’ practice, he transmitted a wave of agony through the chip and into her left sinus. Then he smiled in grim satisfaction as she shrieked, dropped the phone, and fell to her knees, grabbing her face with both hands and rocking back and forth, heedless of the voice on the phone begging her to answer, calling her name again and again.

He greedily enjoyed the sight, but only for a few seconds. Then he ended the pain, at least for the moment. He didn’t dare kill this female yet.

Nor could he allow her to visit her kinsmen. Which meant he had some work to do.