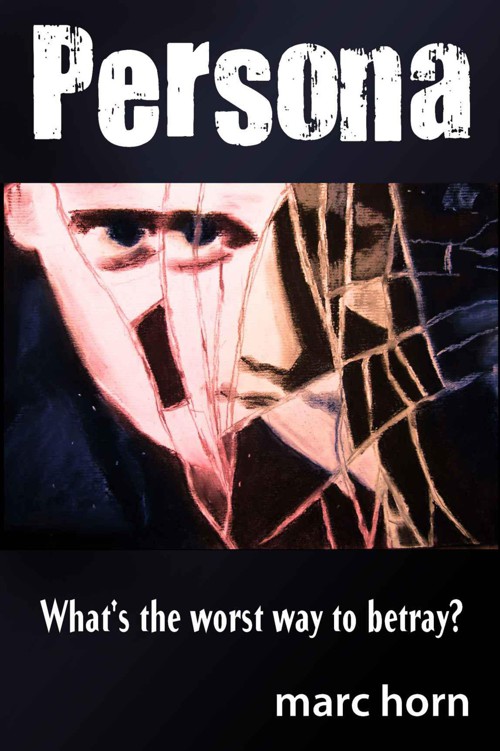 All rights reserved. No part of this book may be reproduced or transmitted in any form or by any means, electronic, mechanical, including photocopying, recording, or by any information storage and retrieval system, without permission in writing from the copyright owner.

All characters and events in this publication are fictitious. Any resemblance to real persons, living or dead, or any events past or present, are purely coincidental.

He stood still on the kerb. Just his eyes moved.

Above him was a street lamp struggling to compensate for an absent moon; behind him a park encased in railings and locked up until dawn; and in front, across the road, a row of three-storey, semi-detached houses.

Forty-nine Echo Walk. Just as he remembered it: eight bow windows, wall lights by the door, a perfect lawn stretching to a brick driveway.

Her bedroom was dark, but the curtains were open. He imagined what she’d see – the orange light would accentuate him as he watched her. She’d struggle for air and have to grip the wall to stay on her feet. She’d cry for help.

Raindrops fell on his shoulders. He knew that no one could help her.

He had appeared before her like this many times, and yet she’d never become numb to the sight. However this time was different. It wasn’t her mind playing tricks on her; this time he was real. Clasping her hands against her chest, she ran down the stairs and into the street.

A deep laugh echoed around her, pumping ice through her veins.

‘Flight or fight, you never get to decide,’ he hissed. ‘It’s instinct
.’

Jen’s strength faded like an apparition, and her legs felt as if they were wading through putty. She stopped on the road, five feet from Zen’s towering frame. The rain had already soaked through her white silk nightdress and chilled her skin.

‘What d-d-do you want?’ she whimpered.

‘Help is within.’ Zen turned his palms upwards and sucked in air. ‘I feel myself slowly healing.’

Her knees buckled, but she managed to stay upright. She wouldn’t scream - that was what he wanted. ‘So what is your justice
,
Zen?’

Desperate to find strength, she forced her voice louder. ‘Then you’ll get
fucked
in prison!’

‘I leave no traces,’ he whispered.

‘My boyfriend’s a policeman…’ Jen tried to smile, but her lips only quivered. ‘Every murder leaves a trace.’

She staggered back a few steps on the wet, cold tarmac. ‘You think you can crush me again? I’m over you, Zen, I’m enjoying life.’

Water dripped off his thick, black stubble. ‘Look at you, Jenny. You tremble. You stutter and suffer.’ Zen shook his head. ‘And I’ve not started yet.’

‘You’re a fool,’ she said quietly. ‘You were beaten almost to death. Do you really want that again?’

‘They thought I was dead.’

‘And that is what you want? Death?’ Jen’s arms were shivering and the rain stole her tears. ‘All because of what happened ten years ago?’

How could it be possible that standing there, dressed in black, he could be more terrifying than before? Jen pressed her face into her hands, then looked up and swept wet strands of hair from her eyes. ‘Why don’t you just kill me, Zen?’

‘I’m not selfish. I’ll only return what you gave me.’

‘Why did you have to die?’ she shouted. ‘You had everything. Looks, personality, you could have done
anything
! You killed yourself! I’m not to blame!’ She was becoming hysterical.

His voice turned quiet. ‘Oh but you are, Jenny, you
know
you are. You’ve tried so hard to eliminate the memories, but they’re too strong, they’re always gonna be there in the back of your mind. That’s where I’ll always be… smiling at the past.’

Helpless, she sobbed as she pleaded with him. ‘I loved you
so
much. You left
me
.
I
suffered a broken heart!’

‘But not a broken mind, bitch.’

She ran forwards with her fists clenched. ‘You piece of shit! Do it then!’ She launched her fists towards his face, pummelling his slippery skin till her knuckles hurt. Throughout, he remained rigid, laughing. She backed off. She’d not even hurt him.

Her front door slammed against the hall wall and her father ran across the road, screaming Zen’s name.

‘Ah, Nathan, nice to see you once more.’

Nathan threw a string of punches. Those aimed at his face, Zen blocked. He let his stomach muscles absorb the body blows. Jen’s dad persisted until he was out of breath, then bent over and placed his hands on his knees.

‘What I wanted last time.’

‘You’re not gonna get it, you fucking loser! You’ll be leaving in a body bag!’

‘Look at you.’ Nathan shook his head. ‘You come here like you’re
owed
something. All because of something she did when you were kids!’ He straightened up. ‘I’m glad she did it. It sickens me knowing she dated you for as long as she did!’

Zen sighed. ‘Hard words, Nathan, but to a man devoid of emotion they mean nothing.’

‘You’re just a psychopath, loved by no one.’

‘There’s nothing in your future.’

Zen rolled back his head. ‘Ah, but there is. So much... Retribution.’

Nathan put his arms around his daughter. ‘Come inside. This lunatic has no place in our lives.’ They turned and walked away without looking back.

Zen waited for the sirens, then left.

Ryan clenched his fist and narrowed his eyes. ‘I’ll fuck a bloke and I’ll kill someone,’ he said. ‘There are many things I want to experience.’

Dave, sitting opposite, took a sip of orange juice, scratched away some dirt beneath his fingernail and then glanced up at his friend, using his hand as a visor to shield his blue eyes from the sun. ‘If you start to dislike me,’ he said, ‘
please
tell me.’

Ryan smiled and swept his tongue along a line of beer froth on his lip. ‘I quite like you, Dave, you know that.’

‘Don’t start liking me too much either.’

A decrepit fence enclosed the beer garden of the White Horse, a violent pub in south London. A handful of punters occupied the picnic tables, gradually peppering the bumpy earth with cigarette butts.

Ryan gulped his drink and stared at the sky, deep in thought. His friend watched him and slowly shook his head. ‘That’s where you belong, up in those clouds. Are you really mad, or is it just pretence?’

Ryan held Dave’s gaze. ‘Why would I pretend?’

‘Because you think it makes you appear more interesting.’ Dave knew this wasn’t the case with Ryan. He just wished it was, because then it could be addressed.

‘You’ll be
doing
time if you kill someone!’ Dave pushed aside his drink and squinted at Ryan’s rugged, hard features. ‘Have you heard about the advances in forensics? One tiny piece of saliva left at a crime scene holds enough DNA to prove a person’s involvement.’ He studied Ryan’s face, hoping to see a flicker of concern.

‘You forget that I’d have to be on the DNA database, before they could match the spit to-’

‘That spit stays in the DNA bank forever,’ Dave interrupted. ‘So let’s say in ten years’ time you knock someone out. Police are called, watch the CCTV evidence, and later identify you by your clothing. You get arrested and guess what happens next?’ He nodded at Ryan, lips parted, wanting his creative aptitude to be acknowledged.

Another fucking scenario
, thought Ryan. ‘Tell me,’ he responded. Most of the time he just pretended to listen to Dave.