AT THAT ONE,
fleeting glimpse, Marshall thought he would soar through the roof and straight to Heaven! This was the Lord’s work, all right! Oh, He does all things so well!

He moved carefully to the front porch as if approaching a timid deer, afraid of scaring it off.

Tal dropped to the porch and stood beside him.
That’s her, Marshall. Don’t let her get away.

SALLY HURRIED BACK
to the cab of the truck and started to climb inside. She was going to bag this idea. Maybe she could write Tom another letter; this was just too awkward!

She froze, her hand on the door handle, her right foot on the truck’s running board. She didn’t know if she should be Sally Roe or not. Who was this guy?

She remained still, just staring ahead.
If I turn my head, he’ll know. Who is he?

From inside the house she heard the children laughing. “Wow,” said the little boy, “my own bed again!”

Am I safe? Is the running over?

She turned her head and looked at the big, red-haired man standing on the front porch. His eyes were gentle.

“Yes,” she said, not loudly. Having said it once, she said it loud enough for him to hear. “Yes! That’s me!”

Suddenly there was a crowd of people on that front porch, all looking her way—a lovely red-haired woman, a good-looking black couple, a kind-looking gray-haired man and his blonde wife, and . . .

Sally stared at that man as much as he stared at her. She’d seen his picture.

Tom had seen her pictures too.

You could cut the silence with a knife.

Marshall broke the silence with an invitation. “Sally, Tom Harris—and all of us—would like very much to meet you. Would you like to come in?”

TAL HAD TO
laugh. Hardly presentable! Wasn’t it strange, the way humans looked at themselves with eyes of flesh and not of the Spirit? Certainly that dear woman had been through mire and filth of every degree; she was scarred, exhausted, ragged, and dirty.

But to the angels, she appeared as God Himself saw her, just as any other redeemed saint of the living God: pure, shining, clean, dressed in garments as white as snow.

WITH A LITTLE
loving prod from Mota and Signa, Sally crossed the road, a tired, blue-jeaned vagabond coming home. She passed through the front gate, approached the front porch, and then, as angels and saints alike watched in tremendous awe, she extended her hand to the lone man standing between his two bubbly children.

TAL CLAPPED HIS
wings just enough to return to the roof, then settled there in a comfortable sitting position, his sword at rest by his side.

Guilo asked the question for all of them. “What now, captain?”

Tal looked down at the laughing, praising group below. “I think we’ll stay a while.”

The warriors were glad to hear that, and moved in closer to listen
to all that marvelous conversation, all that sharing and catching up.

Tal smiled and shook his head in wonder. “Redemption. It will never cease to thrill me.”

MANDY WAS GONE.
She went quietly, her body still, and Dane was at her bedside to see her go. The ICU physician said it was inevitable, only a matter of minutes once they removed the ventilator, and so it was. Her heart went into premature ventricular contractions, stopped, restarted momentarily, and then the line on the heart monitor went flat.

It happened more quickly than anyone expected.

She was an organ donor, so she had to be removed immediately for procurement. Dane touched her hand to say good-bye, and blood and skin came off on his fingers.

A nurse wheeled him out of the room. She found a secluded corner out on the fourth floor patio, a place with a view of the city and shade from the Nevada sun, and left him to grieve.

Now, try as he might to fathom such feelings, grief and horror were inseparably mixed. When he wiped his tears, her blood smeared his face. When he tried to envision how she gladdened whenever she saw him, how she would tilt her head and shrug one shoulder and her eyes would sparkle as she broke into that smile, he would see her through the blackening glass, crumpled over the steering wheel, the deflated airbag curling at the edges, melting into her face.

A handkerchief made careful passes over his face below and around his eyes. Arnie was trying to clean him up. Dane couldn’t say anything; he just let him do it.

The smell under his robe found his attention: sweat, antiseptics, gauze, bandages. His right shoulder still felt on fire, only, thanks to the painkillers, on fire somewhere else far away. Not a serious burn, they told him, so he kept telling himself. The bruises ate away at him, little
monsters sequestered against his bones, festering under all that blued flesh in his side, his right hip, his right shoulder. It hurt to sit in the wheelchair; it hurt more to walk.

He broke again, covering his eyes to ward off the vision of her hair crinkling, vaporizing down to her scalp, steam and smoke rising through her blouse, flames licking through the broken glass, but it remained. Oh, God! Why? How could He change her so instantly from what she was—the woman, the saint, his lover with the laughing eyes, wacky humor, and wisdom of years—to what Dane had just seen perish on a bloodied gurney behind a curtain, sustained by tubes, monitors, machines? The images replayed. He thought he would vomit again.

Arnie brought the pan and a towel close under his chin.

He drew in a long, quaking breath, then another, then centered his mind on every breath that followed, commanding, controlling each one.

Arnie put the pan aside and sat close, silent.

Dane gave his weeping free rein; there could be no stopping it even as his bruises tortured him with every quake of his body. The moment passed, not in minutes but in breaths, thoughts, memories, wrenchings in his soul, until somewhere in his mind, just slightly removed from the visions, the soul pain, the hospital smells, and the painkillers, he took hold of what he already knew.

He could hardly place the breath behind the words. “I am just so much going to miss her.”

Arnie blew his nose on the same handkerchief he’d used to clean Dane’s face. “You may never finish saying good-bye. Maybe that’s okay.” He cleared his throat. “If it were me, I could never give her up.”

Dane noticed the move of the breeze over his face, the warmth of the sun on the patio. Birds flitted and chattered in the arbor. Mandy was about things like that.

“I suppose there were many who loved her,” Dane said. “But it was my arm she took to go to parties; she wrote her love notes for me; she chose to share my future when I didn’t even have one.” His vision blurred with fresh tears. “How did a guy like me rate a woman like her?”

Arnie touched him on the left shoulder, the one that wouldn’t hurt. “That’s the stuff you wanna remember.”

Arnie Harrington, his agent but mostly his friend, a little on the heavy side, still had some hair but not much, and had to be as old as Dane but didn’t look it. How he found out there’d been an accident Dane would have to ask him later. It was only now that Dane fully recognized he was here.

He drew a breath to calm his insides and touched Arnie’s hand. “Thanks for coming.”

“Got a call from Jimmy Bryce over at the Mirage. He thought it was a rumor so he called me. I suppose I can call him back, but it’ll be all over town by now.”

“Guess it’ll be in the papers.”

“Guess they’re already writing it. I’ll handle all of that.”

Dane followed Arnie’s gaze toward the Las Vegas Strip, where every structure, object, entrance, and electric light vied for attention. It was no great revelation, but after all the years he and Mandy worked here, all he could see, all he cared to remember was the woman who remained real in such an unreal place. “I got way better than I deserved.”

“Forty years . . .” The fact came alive as he lingered on it and salved the horrors from his mind, at least for now. With no effort at all the unfaded image of Mandy first setting foot in his life played before his eyes, the dove girl sitting in the front row who caught and held his eye . . . to the swelling, carnival sound of a gilded merry-go-round. 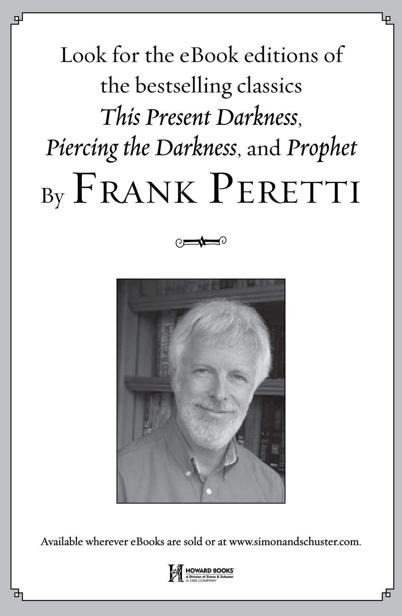 We hope you enjoyed reading this Howard Books eBook.

Murder at Midnight by Avi
The Vespertine by Saundra Mitchell
Falling Free: What happens in Vegas... (The Fall Series) by Rossi, Annica
The Victim in Victoria Station by Jeanne M. Dams
Working: People Talk About What They Do All Day and How They Feel About What They Do by Terkel, Studs
Forced Assassin by Natalie Dae and Sam Crescent
The Life and Times of Richard III by Anthony Cheetham
The Honor Trilogy: Books One, Two, and Three of the Honor Trilogy by J. P. Grider
Swords & Dark Magic by Jonathan Strahan; Lou Anders
Dead in Hong Kong (Nick Teffinger Thriller) by Jagger, R.J.