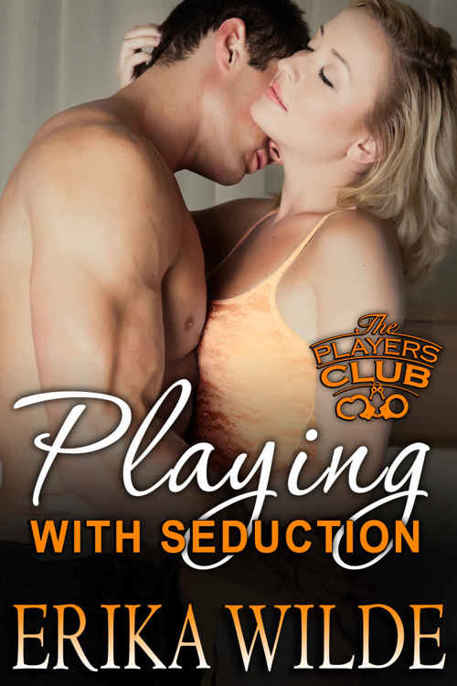 All rights reserved. No part of this book may be used or reproduced in any manner whatsoever without permission except in the case of brief quotations embodied in critical articles and reviews. This book is a work of fiction. Names, characters, places and incidents are either products of the author’s imagination or used fictitiously. Any resemblance to actual events, locals, or persons, living or dead, is entirely coincidental. All rights reserved. No part of this publication can be reproduced or transmitted in any form or by any means, electronic or mechanical, without permission in writing from the Author.

SEDUCTION HAS NEVER BEEN SO SCANDALOUS . . .

Kendall Shaw loves her job as a boudoir photographer. When she enlists hot, gorgeous, Jase Burns for a custom photo shoot for a romance novel cover, she quickly discovers that he only took the job to get close to her. But her painful divorce has made her wary of men, and especially one who is eight years younger than she is.

The moment Jase sets his sights on beautiful, sexy Kendall, he wants her. Despite their mutual attraction, she’s rejected his every advance. But Jase loves a good challenge, and one steamy, seductive night at The Players Club changes everything between them.

Kendall has never experienced such overwhelming passion, or been pursued so tenaciously. Jase is addicting, in every way, and she soon finds herself falling for a man who doesn’t fit into her ideal future.

Can Jase convince Kendall to let go of her past and take a risk on a second chance at love—with him?

Other Books by Erika Wilde

“H
oly shit. Did
the temperature just rise in here, or am I having a premature hot flash?”

Kendall Shaw laughed at her friend’s tongue-in-cheek comment, along with the dramatic way she fanned her face with her hand. She knew Stephanie Randall wasn’t alluding to menopause but rather the gorgeous, sexy guy who’d just walked into Pure Bliss Boudoir Photography.

Yes, Jase Burns
was
the epitome of hot. Everything about him radiated the kind of sweltering heat that made a woman—Kendall especially—soften and melt in all the right places. And that was with him fully dressed. Once he peeled away his shirt and jeans and she had free access to stare at his perfectly sculpted body, it was difficult to keep her mouth from watering and her sorely neglected female parts from perking up, as well.

He was heading their way, where Kendall was getting her equipment ready for the photo shoot Jase had arrived for—which was why Stephanie was there in the first place. Her friend’s business in creating fantasy bedrooms for clients came in handy for Kendall’s various boudoir displays. And in this case, today she’d helped set up a seductive setting for the romance novel cover shoot a bestselling author had hired Kendall to do.

Jase’s stride was confident as he approached them, his dark, chocolate-brown eyes solely focused on Kendall. The light stubble along his jawline and chin, which Kendall’s client had requested for this particular series of photographs, was distracting as hell, because it made her wonder how it would feel to have that light dusting of facial hair abrading her neck, across her breasts, between her thighs…

“Hey, sweetheart,” Jase drawled, greeting her with the pet name he’d given her and a smile that hinted at all kinds of sin. “This is the third time you’ve had me back. If you can’t get enough, all you have to do is say yes to going out on a date with me, and I’m all yours.”

Kendall bit the inside of her cheek to keep from returning his smile. The man was absolutely shameless. A charming, gorgeous, persistent flirt who wasn’t the least bit deterred by her many rejections, despite her excuse that she didn’t mix business with pleasure. No, her reasons for turning down Jase in particular ran much deeper and were based on her personal hang-ups, courtesy of the way her ex-husband, Drew, had blind-sided her with the end to their marriage.

“It’s all about what the client wants,” she said in a light, teasing voice, aware of the fact that Stephanie was watching the exchange with interest. “You know that.”

He tipped his head slightly and arched a light brown eyebrow. “But what about what
you
want?”

Kendall tried not to think about what she wanted with a guy like Jase, because it was all x-rated and belonged in her bedroom—when she was
alone
at night and could indulge in those wicked fantasies that, lately, always starred
him
.

When she didn’t reply, Jase shifted his gaze to Stephanie. The two had never met before, and he flashed her a dazzling grin before introducing himself. “I’m Jase Burns.”

“Nice to meet you.” Stephanie’s eyes twinkled mischievously as she slid her hand into the bigger one he’d extended her way. “I’m Kendall’s
very
good friend, Stephanie.”

“As Kendall’s
very
good friend, don’t you think she ought to give me a chance?” he said without missing a beat. “I’m really a nice guy. I’m former military and I work for Noble and Associates as a security analyst, so you know I’m not some crazy stalker.”

Kendall’s jaw nearly dropped open. She couldn’t believe he was enlisting Stephanie’s help in persuading her, and she so didn’t trust the sudden look of commiseration on her friend’s face.

“I absolutely agree she should give you a chance,” Stephanie said, laughter in her voice. “She desperately needs to loosen up and have some fun.”

Before Jase could respond to the fact that Stephanie had just unintentionally labeled her as boring and mundane, which was something that still had the ability to make her stomach twist with stupid insecurities, Kendall changed the subject.

“Nicole is already in one of the dressing rooms getting ready,” she said, her tone all business, which she decided was the best way to handle Jase. “You can do the same. I need you to strip down to just your black briefs for today’s photo shoot, per the author’s request.”

“You got it,” he replied, then turned his friendly gaze to Stephanie. “I hope to see you again.”

“Same here,” Stephanie replied, then watched as Jase walked away, his backside just as toned and gorgeous as the front. She waited until he’d disappeared into the adjoining studio that was set up like a bedroom scene, and was out of hearing range, before glancing back at Kendall with a look of disbelief.

“Have you lost your mind?” Stephanie asked in a low, incredulous tone of voice. “How can you say no to
that
? The man is sex on a stick, and those seductive brown eyes of his were all but eating you up.”

Her friend’s choice of words singed her brain with a carnal vision of all the ways he could
eat her up
. “Saying no is easy,” she said with a nonchalant shrug that belied her undeniable attraction to Jase. “He’s twenty-seven and way too young for me.” As she was thirty-five, that was an eight-year age difference between them that couldn’t be wider. A younger man like Jase would no doubt move on as soon as he got what he wanted from her. Been there, done that, and had the emotional scars and divorce papers to prove it.

Stephanie waggled her brows lasciviously. “All I have to say to that is lots and lots of stamina.”

Sadly, stamina when it came to sex was a concept that was totally foreign to Kendall. The one and only man she’d ever slept with, then was married to for nearly ten years, lacked staying power in the bedroom. She didn’t have anything to compare to, but Drew hadn’t been one for hot, sweaty, passionate trysts. He’d been more of a missionary kind of guy, and once he climaxed, he’d roll over to his side of the bed and fall asleep. That had been her normal, and even those quick, less-than-satisfying encounters had dwindled down to an obligatory screw during the last two years of their marriage.

“As you can see, he’s a huge flirt and probably a player,” Kendall said as she pulled out a drawer to find a memory card for her camera. “And that’s the last thing I’m interested in.”

Stephanie smirked. “Yeah, well, how’s that Internet dating thing working out for you?”

Kendall didn’t miss the sarcasm lacing her friend’s voice. Yes, she’d just recently decided to join an online matchmaking service. After two years of being single, she was ready to dip her toe back into the dating pool, but in a way that provided her with eligible men who shared the same goals in life that she did. Despite her divorce, she was still the kind of woman who preferred being in a stable, committed relationship. More than anything, she wanted to be happily married with a family, and thought by now she’d have at least two kids, if not more. Her biological clock was ticking louder by the day.

“It’s working out just fine,” Kendall said as she changed the lens on her camera. “Grant is out of town on business right now, but I have a third date with him next Thursday night.”

“Yes, the chiropractor guy,” Kendall mocked right back. “We actually have a lot in common. He’s my age, we have the same political views, we enjoy the same kind of music and books, and he’s looking for a serious relationship that could lead to more.” For her, that was the beauty of an online dating site. The extensive compatibility and personality tests she’d had to fill out ensured she wasn’t wasting her time with someone unsuitable.

Stephanie feigned a bored yawn. “Yeah, yeah, so chiropractor guy likes and wants all the same things that you do. That’s great. Have you slept with him yet?”

“Fair enough,” her friend conceded but didn’t let up. “Let me rephrase my question. Do you
want
to sleep with him?”

Kendall opened her mouth, then quickly shut it again, realizing she couldn’t answer Stephanie with the enthusiastic
yes
her friend was looking for. “Dating Grant isn’t about sex. We’re taking it slow and getting to know one another. We’re not even exclusive yet.” She figured that desire would happen organically, over time. That’s just the way it seemed to work for her and her body’s libido. Except she couldn’t help but notice that when it came to Jase, her body always seemed raring to go.

Bunnicula: A Rabbit-Tale of Mystery by James Howe, Deborah Howe
Time at War by Nicholas Mosley
Bali 9: The Untold Story by King, Madonna, Wockner, Cindy
An Honorable Wish (A Lady's Wish 2) by Eileen Richards
My White Ex Soldier's Past (BWWM Interracial Romance) by Fielding, J A
A Mosaic of Stars: Short Stories From Other Worlds by Andrew Knighton
Drops of Gold by Sarah M. Eden
Close Call by Laura DiSilverio
Mala ciencia by Ben Goldacre
Ilión by Dan Simmons