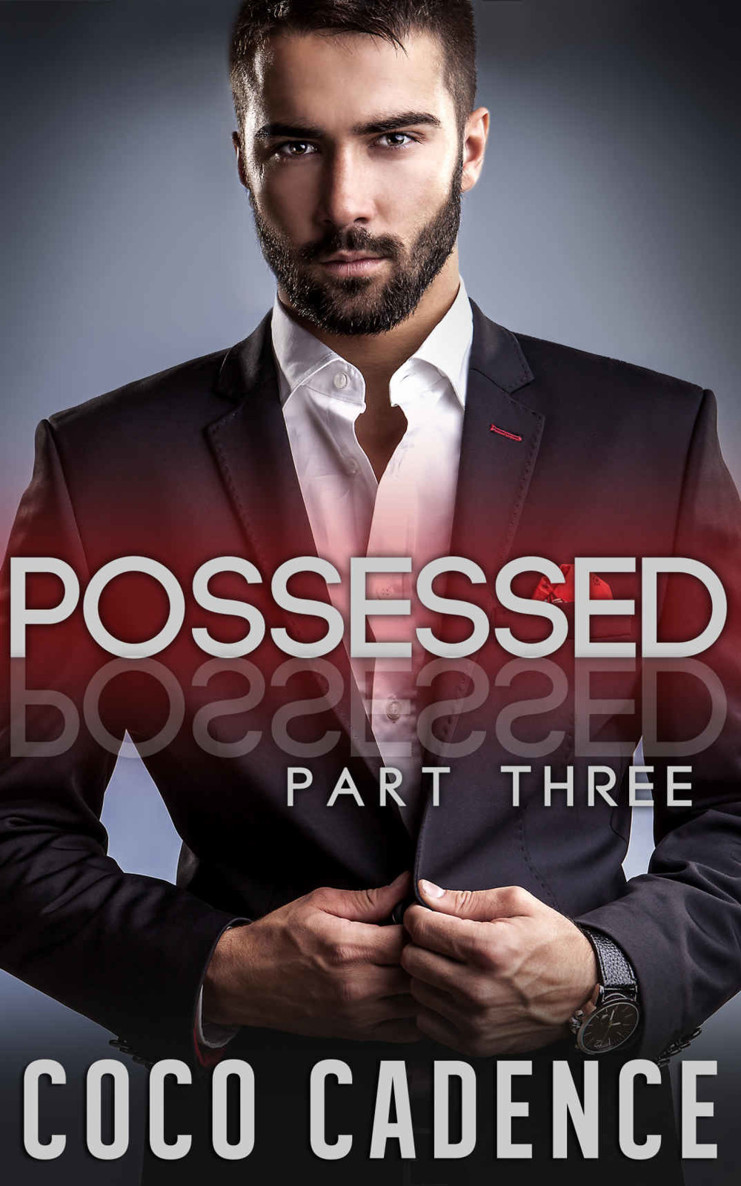 The moral rights of this author have been asserted.

All rights reserved. This eBook is licensed for your personal enjoyment only. This eBook may not be re-sold or given away to other people. If you would like to share this book with another person, please purchase an additional copy for each recipient. If you’re reading this book and did not purchase it, or it was not purchased for your use only, then please return to the retailer and purchase your own copy. Thank you for respecting the hard work of this author.

This is a work of fiction. Names, characters, places and incidents are either the product of the author’s imagination or are used fictitiously. Any resemblance to actual events, places, organizations, or person, whether living or dead, is entirely coincidental.

To be notified of new releases & win cool gifts

My boss, the billionaire bad boy Leo King, not only tricked me into being his fake wife, but the dirty secret he's been keeping from me is now also exposed.

I can't believe I fell for his lies, and worse, I still want him. He says he loves me, but does that fix everything?

The joke is on me. His crazily hot presence is impossible for me to deny. Fighting temptation or risking it all; the choice is simple, but the consequences are tough.

However, when new revelations threaten to break us apart, there is only one thing I can do: Stock up on chocolate and sit this fucker out until the end.

The third part of Possessed, a three-part series from Coco Cadence.

“You’re Mr. Awesome?” I repeat. I just can’t believe what I’m hearing. Thoughts race through my mind, the consequences of this truth. It means that he knows everything—all that I’ve said
about him
to Mr. Awesome, all the horrible stuff. And more … so much more.

“Yes,” he says. “It’s me. It’s always been me. There’s no one else behind that account and those emails. Just me.”

“Why are you telling me this now?” I ask, my lips trembling from anger.

“Because you were angry at me, and then you wanted to say goodbye to Mr. Awesome. I couldn’t just let you go. I had to tell you the truth before you’d call quits on … well, both of us.”

“So, Mr. Awesome is just a fake persona to you. Just like all your other fake shit.” I fold my arms.

He purses his lips. “I don’t want this to be over.”

“Yeah, well you should have thought about that before you lied to my face.”

“Why?” My voice is getting louder and louder. I’m so pissed off right now. How could he lie to me like that?

“Because I was afraid of what you’d think of me if you found out. Like now. But I knew that one day I’d have to tell you. I just didn’t think it’d go this far.”

“You didn’t think I’d actually want more than just a stranger on the internet? Or a one-time fling with Mister King himself?”

“No, that’s not what I mean …” He scratches his head and sighs. “Goddammit.”

“So this was all just some innocent experiment to you. All fun and games.”

“It was, yes, but now it’s so much more than that.” He steps closer again, which makes me back away. “Please, don’t be afraid. You’re backing away from me. I’m not going to hurt you.”

“Why? I’m still me. I’m no different than before.”

“Okay.” He holds up his hands. “I’m just trying to explain.”

“But it will help you understand,” he says, frowning.

“You used me, Leo. First, for your wife problems, and now, for your sexual pleasures.”

I frown. “I did, but that doesn’t take away from the fact that you put your own needs first.”

“I know, and I’m sorry for that. That’s why I’m trying to come clean and make it all up to you again.” He smiles gently. “I care about you, Sam. I don’t want to see you hurt. Especially not from my doing.”

It’s quiet for a second.

“You … you’re the one I’ve been talking to all this time,” I murmur, gazing off into nowhere. “I told Mr. Awesome, you,
everything
about my boss.”

Leo muffles a laugh. “Yeah, that was quite the experience. Funny, too.”

“How can you say that? I called you a fucking asshole, and I told Mr. Awesome that I hated you!”

“Yeah, that was kind of bad, but I had it coming,” he muses. “It was interesting to read what you really think of me. It put things into a whole new perspective.”

“That was personal stuff, Leo. You weren’t supposed to see that.” I sigh and slam my hand into my face. “Ugh, why was I so stupid to tell a ‘stranger’ all that stuff?”

“You aren’t stupid. Don’t hit yourself over it.” He takes my hand off my face, which makes me lean back. “It’s normal to hate your boss, especially if his name is Leo King.” He leans forward to look into my eyes. “I don’t care. It only makes me like you more.”

“Things … Oh ….” He nods slowly, his lips curling up into a smile. “You mean that thing you did in the bathroom, as well as on the airplane … and in your room.” The more he says, the bigger his smirk, and the redder my face. “I know everything. I’ve seen it all.”

“I made you do all those things, Sam. You liked it. I liked it. We both had fun.”

“But you saw my ass, and my vagina, and my boobs on that freaking app!”

“And in the hotel, don’t forget that one,” he muses.

“Is this all one big joke to you or something?” I sneer. “Stop being so cheerful.”

“I can’t, I’m sorry. I just feel so relieved now that you know. It’s like I finally get to share all my dirty thoughts with you. Only, I already did and fuck, it was hot.” A huge grin spreads on his face.

I punch his shoulder. “Stop it. Stop enjoying this so much. I’m feeling horrible over here.”

“Sorry,” he says again. “But you gotta admit it is a bonus to know it’s me instead of some random dude you don’t even know.”

“I could say goodbye to that random dude and never hear from or see him again! You? Not so much.”

“Why would you want to do that? Are you ashamed of what we did? There’s nothing to feel ashamed about, Sam. We’re two consenting adults, enjoying life.”

“Would it help if I started calling you Princess from now on?” he jokes.

I roll my eyes. “Not helping.”

“You just don’t want to admit that you liked what we were doing and now you feel caught in the act.”

He points at his face, circling around his cheeks. “I can see you getting red, you know.” He laughs. “It’s okay. It happens.”

“Yes! I can hardly believe it, let alone digest the fact that I told you all my secrets.”

“Don’t worry about that. I don’t care if you said something bad about me. I’m not mad at you. I won’t use it against you. And I certainly won’t share the pictures. Your secrets are safe with me,” he says.

I frown, biting my lip. “Look, I wanna believe you, I really do, but it’s too hard for me to trust you right now. Not after I find out the guy who was the only escape I had turns out to be my boss. That, and the fact that you lied to me about your wife, makes it impossible for me. I’m sorry.”

He sighs, looking down at the ground. “I understand. Do you want me to leave?”

“Where are you going?” he asks, when I walk toward the door.

“To my best friend. You can stay here if you want. I don’t mind. It’s not like you don’t already know everything there is to know about me. I might not trust your words, but I know you aren’t a burglar out to steal my shit. Not that there’s much to steal, so go ahead.”

He chuckles. “If you count taking panties as stealing, then I am the dirtiest mugger you’ll ever see.”

I roll my eyes. “Sniff away. As long as you put them all back again.”

“I can’t make any guarantees.”

“You do realize that this conversation makes me want to kick you out anyway, right?” I say, opening the door.

“You want to be kicked out?”

“It wouldn’t be wise for me to stick around when you’re not here …” He winks. “You wouldn’t be able to resist my charm when you come back.”

He walks toward the door and stops to look me in the eye. “You know me. Once I want something, I won’t stop trying to get it.” A devilish smirk appears on his face. “Even if I have to grovel through the earth to get it and jump through fiery hoops to be forgiven.”

“I like it when you call me Mister … it reminds me of a few app conversations I had with a lady who just loves Doritos.” He licks his lips. “Although I prefer Sir even more.”

I frown, blushing, and then I push him out the door. “Okay, time to go before I smack you on the head.”

“Oh, kinky!” he says, grinning as I push him out to the pavement. “I’ve not been on the receiving end of ass whooping before, but this should be fun.”

I push him forward and growl. “You just love to get a rise out of me, don’t you?”

He turns around while walking. “Just as much as you do out of me,” he says, tilting his head.

“Business will run just fine without me, Sam. I can come and go whenever I please. I don’t need to be there every second of the day, especially not when I have something far more important to do. Like you.” He playfully raises his brows.

“Well, I guess the company will go down quickly then,” I jest.

“The only thing going down quickly is you. I’ll make sure of that later,” he says. Then he salutes me. “I’ll see you later, Miss Webber.” He winks. “Or should I say Princess?”

“Not in public!” I hiss, making fists.

“Next time in your bedroom then,” he says. “No apps. No emails. Just you and me, Princess.”

“My name is Sam!” I yell after him as he walks away.

I can still see him laugh, which pisses me off. And then he yells, “I’ll make sure to bring the Doritos!”

A Woman in the Crossfire by Samar Yazbek
Devil With a Gun by M. C. Grant
The Green Face by Gustav Meyrink
The Tent by Gary Paulsen
Miracle in a Dry Season by Sarah Loudin Thomas
Eva's Journey by Judi Curtin
Lesser Beasts: A Snout-to-Tail History of the Humble Pig by Mark Essig
The Tycoon's Tender Triumph by Lennox, Elizabeth
The Great Betrayal by Nick Kyme
The Vorbing by Stewart Stafford