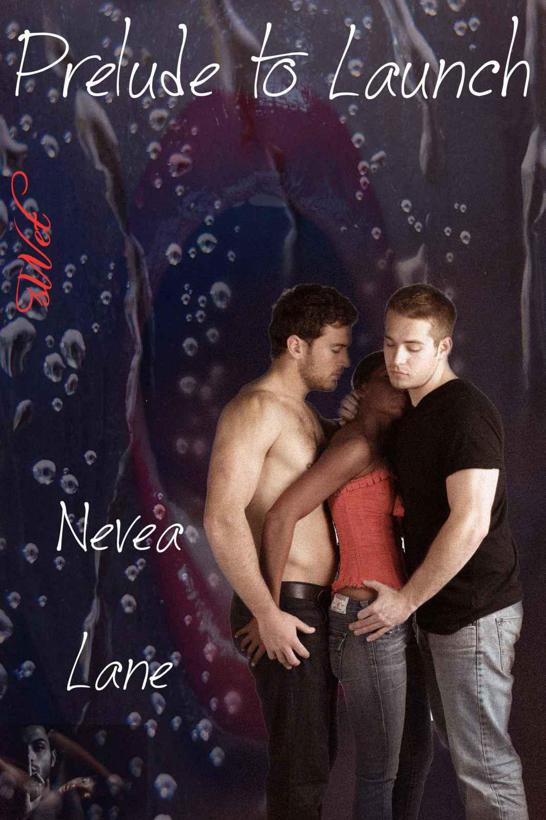 Books are NOT transferable. Re-selling, sharing or giving eBooks is a copyright infringement.

“This has to end at some point.” Alexia had no other way to put it. She stared at them both, trying to assert  the fact that the fantasy had to come to a close.

It had been almost three years since that fateful meeting, and the three of them had been damn near inseparable, but sooner or later they had to grow up, didn’t they? Cody just stared at her with his gray eyes, a smirk on his face as if she was making a joke. His dimples even stood out. If he hadn’t shaved his hair completely bald this past week, she would have tousled his hair, as was her custom. She was still trying to get used to him having a clean-shaven head. She’d made one joke about him being Mr. Clean, and she hadn’t been able to walk straight for two days.

Heath, on the other hand, stared at her with his intense, baby-blue eyes and his mouth was twisted into a frown. There wasn’t anything she could do about the fact he never said much because she actually liked him the way he was. He was the perfect complement to the jovial Cody, and it provided perfect balance to their clique. She sighed. It was going to be difficult having to leave them, but all good things must end, as the damn cliché goes.

She was sitting at the breakfast bar of their rented town home, sipping coffee in her short shorts and a T-shirt—Cody’s or Heath’s, she couldn’t remember which. That was the other thing she had to work out. Explaining the fact she was ”with” both of them was difficult. She knew people looked at them and assumed one of them was the third wheel. She’d seen both Cody and Heath get hit on by gay men who assumed she was the third wheel.

However, strangers were one thing—friends and family were another. None of them had told their parents that, hey, love triangles are where it’s at! It was hard enough to convince her parents having two male roommates wasn’t going to influence her in any way. She kept hidden the fact she was in a relationship with both of them and that moving in together had been logical. However, it was six months from graduation, and while they each had their lives pretty much plotted, they had refused to talk about the inevitable—leaving each other.

The past three years had been a flurry of good laughs, great memories, and the most outstanding and explosive sex she’d ever experienced. Not that she’d been all that experienced when she’d met the duo of Heath and Cody in the first place, but what they’d learned together was intense and satisfying. The truth was, this wasn’t normal.

Cody was the first one to break the silence. Walking away from the omelets he was making for all of them, he stood on the other side of the counter, eyeing her with this stare that said this wouldn’t be discussed. She was tired of not discussing it. She wouldn’t be deterred. Lifting her head in the air and meeting his gaze, she cleared her throat.

“Come on, Cody, we know this can’t last. This isn’t normal.”

“Fuck ‘normal’. It works, isn’t that the important thing?” Cody was usually quick with a comeback, usually witty, but he never had the ”fuck that” attitude he was sporting now. She would have expected that response from Heath, but not Cody.

“Yes, it‘s always important. It works, and it works well. But it can’t last.”

“Why can’t it last?” Heath’s voice was its usual low, husky growl, and if she hadn’t been sitting right next to him, she wouldn’t have heard it.

“You know damn well why. Have you told your parents about this arrangement? With your parents being the upstanding citizens they are, do you honestly think this would be okay with them? They would cut you off financially, and you know it. “ She put down her coffee cup and folded her hands in front of her. Why wouldn’t they ever listen to her? She’d been making the same argument for the past two years. For herself, she hadn’t even looked at another guy seriously since meeting these two. She probably never would. No one person could possibly embody what she’d found in the both of them. That didn’t mean she would continue with this choice. It had been convenient because they were in college. They were about to graduate, and the real world beckoned, and she knew the real world wouldn’t understand. Hell, she couldn’t even understand their arrangement most days.

“My parents have nothing to do with right now.”

“Heath, please, can we please have this conversation without you getting moody? I’m serious!”

“So are we,
mon ami
.” Cody’s tone matched Heath’s earlier one. She knew what that meant. They wouldn’t be talking about this right now. It didn’t stop her from trying.

“Fellas, seriously now, we have to talk about this. We can’t go on like this. It’s been three years. You haven’t even thought once about dating someone? You know, someone you can take home, not be stared at with eyebrows raised because she’s paying equal attention to you and your friend?”

She knew she had just said the wrong thing. Cody’s eyes turned stormy—the gray was damn near black. She chanced a look at Heath to see his blue eyes were a wicked navy. She tried not to look at their necks, or their shoulders, or their chests. Since they were at home, the only clothing the two men wore was their tear-away athletic pants. Their chests were toned from mandatory workouts at the gym. She knew what they were capable of when provoked, and she’d just gone and stuck both of the bulls with a cattle prod.

Heath stood up, slowly, the sound of the bar stool scraping back on the linoleum piercing the deafening silence that had settled around them after her outburst. She could almost feel the heat rise off him as he stood behind her and placed his hands on her shoulders. His tanned fingers curled around her shoulders, and she shuddered. They were capable of making her acquiesce with just a touch.

She’d been looking down at Heath’s hand and almost didn’t catch Cody moving the plates. He carefully moved their breakfast from the counter while Heath massaged her shoulders. She swallowed. No matter how many times they played with each other, there was always a hint of trepidation when dealing with these two. They were mountains of men. Both of them well over six feet tall, they had the build of the Brawny man. Heath’s hypnotic massage with his thumbs twirling circles on her neck was putting her in a trance.

“We are dating someone Alexia,” Cody said, his eyes boring holes into hers. The gleam in them was intense, even as he placed his hands on the counter and leaned forward so he was almost nose-to-nose with her. “We are dating you. We can take
you
home. We like the fact that people stare at
you
because of how beautiful and how chocolate you are.”

“And we love the fact you pay attention to both of us,” Heath whispered in her ear. Her whole body shuddered, and she felt her pussy clench. It was always this way, and she felt almost powerless against them, almost.

“Guys
…
” Her protest was half-hearted and breathless. Heath ignored her and began to nibble at her ear, just on the lobe, the way she liked it. His teeth nipped and his tongue soothed. Her eyes fluttered closed just briefly as Cody reached across the counter and caressed the side of her face with his fingertips.

“Not another word.” Cody moved back from the counter. Heath moved his hands under her arms. Before she could react, he hoisted her up onto the breakfast bar, with Cody as the spotter. Within a few seconds, they had her sitting on the breakfast bar, her legs opened wide for Heath’s large frame to fit in between them. Cody took over Heath’s job and began to nibble at her earlobe as Cody ran kisses from her neck to the V in the T-shirt she wore. He gave a low growl. One hand touched the collar of her shirt. She looked down to see a different hand positioned on each side of the shirt collar. She only had time to suck in a breath before it happened. Each one of those hands tugged at the same time, tearing the collar of the shirt. The rip of the fabric echoed loudly as they tore the T-shirt in two.

“That was one of y’all’s shirts, you know that, right?” She sunk her hands into Heath’s short, black hair. The strands felt like silk in her fingers, and she let out a moan as Heath bent and began to nuzzle her cleavage.

“We can always get more shirts. We can’t get more of you,” Cody whispered in her ear as he began to nip at her neck, his tongue circling and twirling on her hot skin.

Cody’s hands came around her and pressed her breasts together as Heath began to pay homage to her nipples as if he could find the meaning of life in her breasts. His teeth would graze the budding tips, and then he would lick them, sending her senses into disarray, as she anticipated both the pain and pleasure of having her nipples teased and tortured.

She turned her head slightly, and Heath turned and locked her into a resolve-breaking kiss. His mouth clamped on hers, stealing her breath and any thought she had in her head. His tongue moved against hers, and every so often he would run his tongue along her teeth, as if her teeth were going to kiss him back.

Heath’s mouth traveled from her breasts to her stomach, which she had learned not to be self-conscious about around them. She didn’t have a hard body with six-pack abs, and the duo didn’t care. They told her they loved her curves, and even when she tried to lose weight, they would say ’don’t lose too many pounds’; they needed her curves to handle the way they liked to love her. If she was too skinny, her bones would jab them in the wrong places, was what they told her.