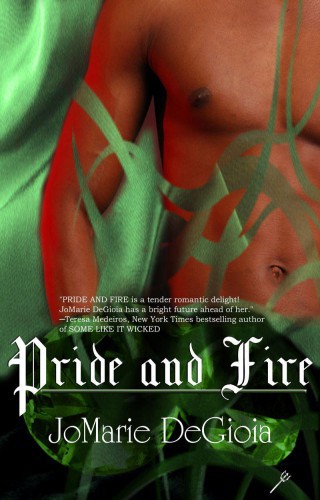 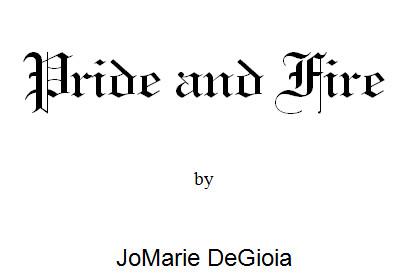 If you purchase this book without a cover, you should be aware that this title may have been stolen property and reported as ‘unsold or destroyed’ to the publisher thereby depriving the publisher and the author of any payment.

All rights reserved. No part of this book may be reproduced, transmitted in any form or by any means, electronic, mechanical, photocopying, recording, or otherwise, without the prior written consent of the publisher is an infringement of the copyright law.

A catalogue record of this book is available from the National Library of Canada.

This is a work of fiction. Names, characters, places, and incidents are either the product of the author’s imagination or are used fictitiously, and any resemblance to any person or persons, living or dead, events, or locales is entirely coincidental.

To my husband Jay for never telling me to “just give up already!” To my daughters for proudly declaring me a writer to anyone who asks. To my fellow STARs for all of their helpful critiques and rousing encouragement.  And to my agent Michelle Grajkowski for all of her help now and as I go forward in my career.

Paul Talbot, Viscount Leed, stood on the front steps of an elegant London townhouse. Paul’s good friend Geoffrey Kane, the Earl of Kanewood, had been blessed recently with an heir and Geoffrey and his wife Rebecca remained in Town to permit well-wishers to call. Paul considered himself lucky to be counted among those well-wishers. He lifted the brass knocker, letting it fall upon the glossy black door.

The Kane butler Miles opened the door, wearing a broad smile for his master’s good friend. “Lord Leed! Do come in!”

Paul raised an eyebrow at the man’s demeanor, so changed from his former lack of humor. It was surely Rebecca’s doing.

He followed the butler into the parlor where the earl and his wife sat.

“Leed.” Geoffrey stood. “High time you paid us a call.”

Paul reached out to clasp his friend’s hand. “How are you, Kane?”

“How do you presume?” Geoffrey answered with a hearty handshake. “Quite well, old man.”

Paul turned to Rebecca, bowing low to her. Her black hair shone, her green eyes sparkled. “You look splendid, Rebecca.” He gently grasped her hand and brought it to his lips. “Motherhood agrees with you, I daresay.”

“Thank you, Lord Leed,” she said. “And have you come to see the most beautiful baby in England?”

Paul hid his grin as she smiled at her husband, guessing the comment was meant to tease. The earl wasn’t offended. He took her hand from Paul’s and tugged her to her feet, placing a kiss on her temple.

“He
is
the most beautiful baby, Becca,” Geoffrey said with a wide grin.

Paul stilled. He almost envied Geoffrey and Becca their easy banter. One year earlier when he’d visited Kanewood, the earl’s estate, Paul had been interested in a young lady. Being uncomfortable around the opposite sex, he’d let her believe him indifferent. He wouldn’t think of her now, or of what could have been. Other matters had filled his mind during the past year, work and worry enough so he often felt much older than his twenty-seven years.

He presented his gift to Lady Kanewood. “For your son.”

Paul shrugged. “I admit my sister Catherine helped me make my selection, Rebecca.”

Becca nodded and opened the package, then expressed her delight over the silver rattle nestled inside. On it was an inscription which read “Michael McClair Kane─the eighth Earl of Kanewood.”

Geoffrey leaned over to peek in the box. “Leed, this is exceptional. I’m certain the little lordling will much enjoy getting his mouth on that.”

Miles stood in the doorway then. “Lady Michelle Thomas to see you, My Lord. My Lady.”

At the butler’s announcement Paul’s heart began to pound. He glanced at Becca and found the speculation in her eyes disturbing.

Paul slowly turned toward the doorway and froze. He watched as, with a swish of her skirts, Michelle Thomas came into the room.

“Lord Kanewood,” she said, pleasure clear on her lovely face. “Rebecca! How have you been?”

Paul could only stare. She was more beautiful than he remembered. Her fiery red hair was caught up behind her head, rich curls left loose to frame her face. Her eyes, golden brown and fringed by thick lashes, sparkled. The dress she wore, creamy ivory dotted with pink flowers, complimented her porcelain skin beautifully. And Lord, she smelled of lavender. His senses were so filled with her he barely heard Becca speak.

“Michelle,” Becca said. “How nice to see you again.” She cleared her throat and went on. “I believe you know Lord Leed.”

Michelle turned to face him. Her gorgeous eyes widened and he felt her regard like a caress. He quickly tamped down his response to her.

“Pleasure to see you again, Lady Michelle,” he said coolly, bowing to her.

Michelle visibly stiffened and returned a look nearly as cool. She squared her shoulders and dropped a short curtsy, her full lips pressed together.

Becca smiled, drawing her husband’s attention. He leaned toward her. “Becca?”

Paul saw Becca give a quick shake of her head to silence him. What was this?

“I suppose you wish to see my heir, Lady Michelle?” Geoffrey asked.

His obvious pride caused Michelle to smile and Paul felt his own lips twitch in response.

Geoffrey and Becca led Paul and Michelle to the bassinet in the corner of the room. In it rested little Michael, Lord and Lady Kanewood’s pride and joy. The baby had his father’s honey brown hair and his mother’s emerald green eyes. He blinked and flailed his little arms toward the grownups staring down at him.

Geoffrey straightened, mock-indignation on his face. “He’s precisely the correct size, Leed. And if you knew anything about babies you’d know that.”

Michelle laughed, a musical sound, and he felt a genuine smile curve his lips. She returned the smile and he felt that attraction again.

“I must be going. Kane, Rebecca. Congratulations again on your son. I…have a meeting this afternoon and I’m afraid I’m late.”

As quickly as he could manage without rushing from the room, he turned and left them. He didn’t look at Michelle as he took his leave. He couldn’t.

Michelle watched Lord Leed go, her stomach tight. What ailed that man? Thankfully Rebecca chose that moment to ring for tea, and Michelle was able to put Lord Leed out of her mind as she and her host and hostess discussed some of the upcoming balls.

“We won’t attend the bashes for several weeks, I’m afraid,” Becca said. “And here it is July, the social Season in full swing. You must share all the most delicious gossip.”

“Nonsense, Geoffrey,” Rebecca said. “I trust her to keep me apprised of the latest goings-on.” She turned back to Michelle. “Do you think you might run into Lord Leed again?”

Michelle snorted. “I should hope not.” She gasped, holding her hand over her lips.

Geoffrey arched a brow at her response and glanced at his wife, who gave a tiny shake of her head. Michelle uneasily watched their exchange, physically relieved when the conversation turned to other topics.

Not long after her unfortunate comment about Lord Leed the baby began to fuss, drawing Becca’s attention. Geoffrey joined her at the bassinet, smiling down at their son. Michelle took the moment to make her own escape. She congratulated them once more and left their townhouse.

As she sat in her carriage on the short ride home she fumed over her response to Rebecca’s simple question. Lord Leed’s strange behavior was vexing. When his eyes had met hers, the spark had been electric. Oh, my. She’d found him handsome when she met him a year ago. Well, he was devastating now. His dark brown hair, so rich and thick, made her long to run her fingers through it. His brilliant blue eyes captivated her. Her own body had tingled from head to toe, and she was certain he’d felt something as well. Those eyes had widened as they drank her in, and she hadn’t imagined the pleasure visible in their depths. But in the next moment a look of detachment had settled on his face.

Although they hadn’t spoken much at Kanewood last year, she’d believed him interested in her. He’d had opinions of politics and the state of their great country and hadn’t been afraid to voice them in polite company, something that attracted her as much as his handsome face and form. She’d not gotten up the nerve to join those few conversations she’d overheard, a condition not repeated before or since in her memory, but she suspected from the searching glances he’d sent her way more than once that he’d welcome her opinions. After today, however… Well, if he wished to behave so coldly she’d have to remember to respond in kind should they ever cross paths again.

She couldn’t deny that his smile had surprised her, though. How had she forgotten that dimple in his cheek? But then his gaze had turned icy, his gorgeous eyes remote. Just what ailed that man?

The carriage soon rolled to a stop in front of the townhouse she shared with her mother. The Earl of Thomasham had passed away three years earlier, leaving his widow and only child with no financial worries. The house reflected his good taste and wealth in size and elegance, its deep red door a fine accent to the golden yellow bricks.

Blood at Yellow Water by Ian W Taylor
La Loca, Loca Búsqueda Del Tesoro by Megan McDonald
Pasado Perfecto by Leonardo Padura
Suicide Hill by James Ellroy
Return to Sender by Kevin Henkes
Master of Her Innocence (Bought by the Brazilian) by Chantelle Shaw
To Love and Be Wise by Josephine Tey
Sacked By the Quarterback by Belle Maurice
Between Friends by Lolita Lopez
Hard Luck Money by J.A. Johnstone