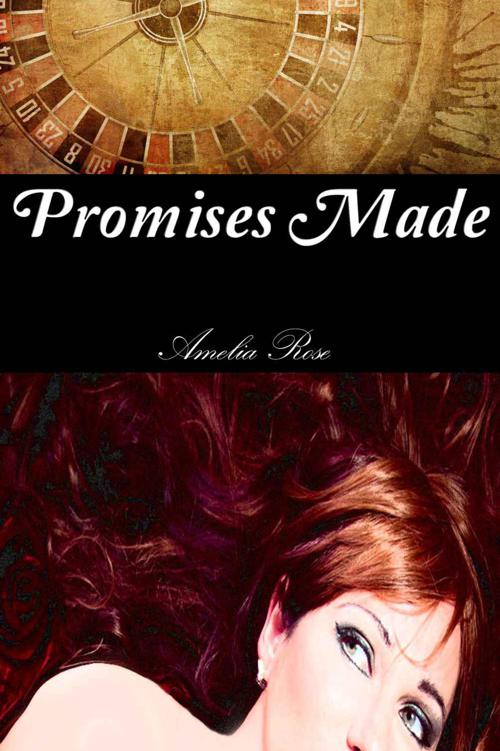 “Ryan, I'm going to bed now.  I was thinking maybe we could, um, take a long shower and try out the new sheets I bought.”

“Um, Ryan, do you think you'll be much longer?”

Elle
Holloway
watched her boyfriend of
six
years lean forward toward his laptop and begin typing furiously.  She reasoned with herself that he had been working on a really difficult project
for
Nevacore
, the start-up he had founded with his best friend,
and must be so absorbed by work that he didn't hear her.  It was sweet, really, she thought.  He was so determined to succeed and make sure they had a good chunk of money in savings that he dedicated most of his life to work.

She watched as he finished typing, and then leaned back in his chair with his hands behind his head, watching his screen.  After a few moments, he grinned like a little boy, which she found extremely endearing.  She felt a sudden urge to kiss him on the forehead before she went to sleep.
Elle
started toward him, a smile on her own face.  When he noticed her approach, he quickly closed his laptop
and the cute boyish grin turned into a hard stare
.

“I've told you so many times not to sneak up on me like that.”

Elle
realized she hadn't made enough noise as she approached him.  He was always jumpy when he was working on his laptop late at night.

“Sorry, love.  I just wanted to kiss you goodnight.”

“Go to bed,
Elle
.  I have a lot to work on tonight,” he replied,
picking
the laptop up from his desk
and moving it onto his lap
.

He turned in his chair so that the back of the laptop faced
Elle
, then re-opened it and resumed typing.  She watched him for a few moments, feeling somewhat lost.  She knew she had upset him in some way, but didn't understand how this time.  Usually, it was her lack of forethought or overly curious nature that made him angry, but this time she had only wanted to kiss him goodnight.  She ran her hand nervously along the edge of his polished mahogany desk, wishing she knew what to say to make things better.

Ryan noticed the movement of her hand against his desk, and looked up at her with annoyance.

“Are you still here?  Do you really think that standing there pissing me off
like this
is going to make me want to come 'try out the new sheets' with you?”

Elle
flinched at the venom in his voice before quickly turning to go upstairs to the bedroom they shared.   She could feel the tears starting to well up and knew that if he realized she was crying, he would get even more angry.  Sometimes it was best to just leave him to himself for a while.  Eventually he would calm down and remember that he loved her.

She really believed in Ryan, and thought that someday he would recognize just how dedicated she was to him.  After college, he had obsessed about starting
Nevacore
, so she had provided most of the funding from her inheritance.  It wasn’t a massive amount of money, but it had been enough to get his company off the ground.  The consulting company wasn’t going to make them rich anytime soon, but it was up to 25 employees and slowly but steadily rising.

She walked into the master bath to splash some cold water on her face
, hoping it would
counteract the redness that holding back tears had left.  She could still feel the tightness in her throat, so she took a deep breath and let it out slowly.  As she did, she saw watched herself in the mirror over the sink.  She tried to banish the self defeating thoughts that fought for attention in her head, and failed.  If only she were beautiful, maybe he would love her more.

Elle
lifted a few strands of her hair and grimaced at her reflection.  People sometimes tried to call it curly to be nice, but all she could see was a tangled
mass of red-
orange frizz
.  She had been letting it grow long, hoping the weight of it would push the frizz down some, but now she was wondering if maybe that was a mistake.  Long or short didn't seem to matter though.  Her hair was like some sentient being that disliked her as much as she did it.  A lot like my relationship with Ryan, she started to think before she stopped herself.  Being negative would only make things worse, and things certainly didn't need to be worse.

She quickly took in the rest of her reflection and cataloged her complaints.
Slightly too wide hazel
eyes, complexion okay if a bit pale.  Unfortunately, not the porcelain skin kind of pale, just cubicle worker pale.  Boring nose.  Boring lips that she did her best to not part when she smiled because of the
tiny
gap between her two upper teeth.
Average figure, leaning toward the curvier side.
Okay, much curvier side, she sighed to herself.

Average.  She couldn't be beautiful, but she could be average.  That meant things could be worse, at least.  Sighing, she turned on the water in the sink and splashed her face with it a few times, then used a soft towel to blot it dry.  She removed her clothing and separated out the pieces that needed dry cleaning, then tossed the rest into the wicker hamper by the bathroom door.

A low buzzing noise filled the room as she switched it on and slid it between her legs.  Closing her eyes, she fell into her standby fantasy of having forgotten to close the window shades when she started masturbating.  She imagined looking out the window to see a man standing on the upper deck of the house across the way, overcome with lust as he watched her.  She pictured his hand moving across his shaft as his eyes locked on to her fingers moving in and out of herself.  In her mind, she shifted herself to give him a better view, which caused his hand to move faster.

The man in her fantasy looked so hungry as he watched her, like he wouldn't be able to stop himself from taking her if they were in the same room.  She felt the pressure start inside her body, building steadily, until she let out a sudden gasp and pressed her shaking knees together.
The waves of pleasure flowed through her body, and she rode them, all the tension draining from her in shuddering gasps.

“You can’t seriously plan to wear that to work today,” Ryan said, looking
Elle
up and down before shaking his head in disgust.

Elle
looked down at her black pencil skirt and fitted jacket, then back up at Ryan.  “What’s wrong with it?” she asked.

Ryan sighed, while adjusting a tie that
Elle
though probably cost more than her entire outfit.  “It’s too tight.  You’re not a 20 year old anymore,
Elle
.  I mean, have you seen yourself in that?  It’s not very flattering on your hips.”

Elle
turned to look in the mirror and plucked at the sides of her skirt.  She turned slightly to the side and checked out the rear view of her skirt over her shoulder.  She didn’t think it looked that bad, but now that he had mentioned it, she knew she’d be self-conscious all day if she didn’t change.  Rummaging through their closet, she fou
nd a different suit and quickly
changed into it.

“Yeah, sorry, Ryan.  Go ahead and pick up something for your dinner.  I have
a late staff meeting scheduled.”

Elle
had worked as a beverage manager at the
Empyrean
Hotel and Casino for the last five years.  Ryan thought her job was all fun and games, since she worked at one of the most opulent hotels in Las Vegas, but she took it seriously.  The hotel attracted some of the wealthiest people in the world, and they could be very demanding.  It was up to her to ensure that at least some of those needs were met.

She looked up to see Ryan continuing out the door and started to say goodbye, but didn’t want to irritate him any further.  He hated it when she didn’t have dinner ready for him in the evenings.
Elle
made a face at herself as she took a final glance in the mirror.  He was right, she did look matronly.  She changed back into her fitted jacket and pencil skirt, then grabbed a pair of black heels and tossed them into her briefcase before slipping into a pair of flats.

Her drive to work
was always a hassle.  Tourists never thought about the fact that people actually lived and worked there.   She finally guided her car into the employee parking garage at the
Empyrean
and started the long hike to her office.  All of the casinos were huge, but at least this one was designed more with luxury in mind.  Quality over quantity was something the staff  heard from upper management regularly.

Most of the casinos were designed to appeal to the masses.  They had kitschy themes or a fake air of wealth, but were little more than gigantic money sinks for the average tourist.  The
Empyrean
marketed itself to the upper echelon by foregoing penny slot machines and all night cafes in favor of discrete high limit areas and five star restaurants.

Elle
felt a sense of pride as she looked around at the casino bars.  They ran like well oiled machines under her management.  Cocktail waitresses in tiny,
cream colored sheath
dresses gathered trays of drinks made from top shelf liquors and gracefully made their way to different high limit areas, while tuxedoed bartenders smoothly poured the next round.

She spent a few hours at her desk going over the previous day’s beverage orders and current inventory on hand.  It was important to predict trends and stock for them appropriately.  Currently, it appeared that 30 year old scotch and cognac were in demand, so she placed an order to have more delivered that afternoon.

She looked up from her computer and saw her manager,
Julien
, standing in her doorway with a pained
expression
on his face.  He was, as always, impeccably dressed, and his
speech was laced with traces of a French accent.  Julien wasn’t only her manager, he was her best friend.

They had met when she was first hired after college and made the requisite rounds as a cocktail waitress.  At the time, Julien had worked as a bartender in the high limit area she was eventually assigned to handle.  His keen sense for the business had allowed him to move up quickly in the casino ranks, and he had always made sure to take Elle along with him.  They were a good pair, and
kept things running with a smooth precision.

“Of course, Julien.  Whatever you need.”  Elle was concerned.  Julien never needed favors, so it must be something big.

“I was contacted by one of the hosts about a whale we have coming in this evening, so I checked your staffing rosters to ensure we were prepared.  You’re down
eight
servers tonight.”