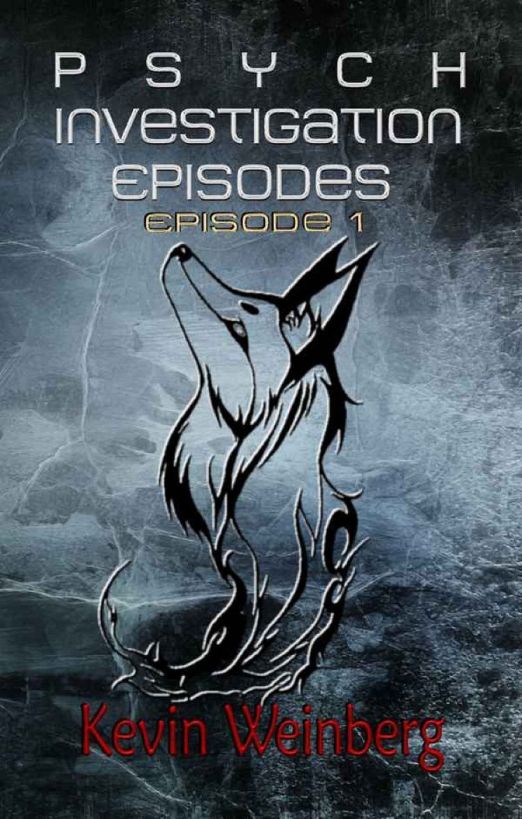 Even as his hand raced furiously across the
paper, Jack knew it was already too late. He could hear each
footstep from the hallway, he could feel the sweat that was
dripping between his fingers, and he could taste the fear that was
rising from his stomach. Jack realized he was becoming desperate.
He ignored the spitballs launched at his head and the laughter from
the back of the class.

“
Why do you even try, Harris?”
shouted a student.

Jack sat in his usual wooden desk, surrounded
by his classmates, and he was overjoyed that his teacher always
came late. Since the beginning of the school year, their teacher
had made it a habit to arrive ten minutes late. None of the
students ever minded, of course, and on this particular Monday
morning, Jack Harris thanked his lucky stars for it.

In front of him were two pieces of loose-leaf
paper. One was a neat, organized, and most importantly, correct,
homework sheet. With each answer placed carefully on the red line,
it resembled a work of art. Written at the top was the name
Adam Baker
.

The second piece of paper, although mostly
illegible and appearing rushed, contained the same correct answers
as the first. The left side of the page numbered one through
twelve. The only problem was that the teacher had assigned
twenty
math problems to solve.

Well, I really screwed myself this
time
.

If Jack failed the class, he’d
be forced to attend summer school, which would be catastrophic.
What could be worse than school in the summer? To Jack, that was a
violation of human rights.

“
Time’s up. Give it back,” his
friend, Adam, whispered. “Just hand in what you have before we
both
get caught.”

“
Please,” Jack begged. “You know if
I miss another assignment he’s gonna fail me.”

The classroom door swung open. Thirty-two
students turned to face the teacher as Adam snatched the assignment
from Jack’s desk.

Jack’s only hope was that the teacher would let
him slide for missing a few questions. It was true they’d been
given a week to complete the assignment. It was also true that this
was one of the easier ones. But in Jack’s mind, no part of this
awful situation was his own fault. After all, how did the teacher
expect him to complete his homework, especially when a
Hous
e
marathon was airing that week? Jack hated
putting in effort, and he hated it even more when he had better
things to do, like watching television and eating
popcorn.

Jack shifted forward in his seat, wiping sweat
from his face with the palm of his hand. He brushed aside his messy
black hair that fell just short of his eyes. He looked enviously at
his friend Adam, whose brilliant blond hair and stylish glasses
amplified his look of intelligence. Adam was calm and collected as
usual, alert, with his eyes directed at the teacher in the front of
the room.

“
Good morning, class,” Mr. Munson
said. He laid his briefcase down on the teacher’s desk. Opening the
folder, he took out the day’s attendance sheet.

Despite the late-night movies, television
shows, and snacks that had occupied Jack’s life for the past week,
he really had intended to finish the assignment. In fact, he had
gone so far as to plan out precisely when he was going to complete
it. Jack figured if it was assigned on a Monday and due the
following Monday, then Sunday at midnight would be the perfect
point in time to get started. Needless to say, it didn’t work out
quite the way he had planned it.

When the time had come on Sunday night, Jack no
longer felt up for the task of doing math. After a glass of soda
and a quick shower, he crawled into bed muttering “to hell with it”
before rolling over and falling asleep. Well, that wasn’t exactly
true, either. He
should
have gone to sleep. Instead, he’d
sprung out of bed and spent the next four hours reading
Bleach
. Damn internet, once it had you it was like the
Matrix.

Adam rolled his eyes. “Will you just calm
down?”

“
I am calm!” Jack responded
just a few too many decibels above a whisper. Mr. Munson stopped
calling surnames beginning with the letter
G.
He
removed his gaze from the
attendance sheet and his eyes fluttered around the room, searching
for the source of the distracting noise.

“
Excuse me, Mr. Harris. Do you have
something you would like to share with the rest of the
class?”

Jack pointed a finger at himself and gave a
questioning look
.
“Do you mean me? I didn’t say anything,
Mr. Munson. Are you sure it was from my direction?”

Mr. Munson stood from his chair, his face
contorting into a scowl. To interrupt him during attendance was one
thing, to lie about it was unforgivable.

Jack needed an excuse, and he needed one
quickly. He was never very good with words, but this time, he had
an idea.

“
Umm, I don’t know. Maybe one of the
students is a ventriloquist and he’s trying to frame me. I saw this
one thing on CNN about that, and wow, let me tell you—once you’ve
seen what these ventriloquist people can do, you wanna be able to
do it yourself. Like, you wouldn’t even believe the—”

“
Are you trying to make a fool out
of me, Mr. Harris? Do you think I can’t recognize the sound of your
incessant yak?” The other classmates turned to watch, and Jack
knew they were eager to hear more yelling. If there was one thing
they all had in common, it was that they loved to see Jack Harris
get into trouble.

“
Well, I, umm … what does incessant
mean again? That’s the one that means
not
stopping, right?”
This set the class further into giddy chaos. Someone threw a paper
ball, which bounced off Jack’s head with a thud.

“
Everyone be quiet this instant!”
the teacher yelled. “Richard, if you throw another object in my
class, I will have you removed. Jason, I can discipline him on my
own, thank you. Keep your comments to yourself. And Mr. Harris,
don’t interrupt me when I’m taking attendance.”

An invisible belt tightened around Jack’s
stomach. Shame and embarrassment spread over him like a blanket.
“I’m really sorry. It won’t happen again.”

“
Yeah, it better not. You kids need
to learn that Mr. Munson doesn’t take crap from anyone. Especially
not you, Mr. Harris. Oh, and by the way, how did you manage to
score a ‘seven’ on the last test? I graded it out of two
hundred.”

More laughter came from the class, and Jack
wanted to crawl under his desk and hide from the humiliation. To
make matters worse, Mr. Munson was lying! Jack's grade was a nine,
not a seven. It would have been a fifteen, too, but the evil
teacher had marked him wrong on a question he'd answered correctly.
At least, Jack was pretty sure he’d answered it right.

Of course I did,
Jack reassured himself.
Two plus ‘X’ equals ‘Z.’ Everyone knows that!

Jack cringed while he waited for the laughter
to die down. The worst part was that Melissa, the girl he had his
thinly-veiled crush on, had laughed harder than everyone. She sat
two seats in front of him. Her golden hair dangled from her
shoulder and ran over the back of her seat. She had beautiful blue
eyes and a warm smile. Jack’s heart beat faster at the sight of
her.

“
Before we start today, I'm checking
your homework, which I really hope you all completed. It is, after
all, fifteen percent of your grade." The teacher hummed and wiggled
his finger. “It all adds up, it all adds up.”

Adam sighed. “I suppose we’ve got no choice
here. Alright, look, just give me your paper. I can copy your
handwriting pretty well, and I’ll finish these last few before he
gets to us, okay? But this is the last time, Jack. I swear it. And
don’t even give me that look.”

Jack had to cover his mouth to
stop himself from bubbling with excitement. He waited until Mr.
Munson faced away before sliding over his pen and paper.

As usual, it was an incredible sight to behold,
for not only was Adam writing at a lightning-quick speed, but he
was making his handwriting appear identical to Jack’s. For the next
few moments, Adam’s hand skipped and danced over Jack’s paper, at a
speed that made Jack wonder how he wasn’t burning a hole through
it.

Adam stopped short and his eyes widened. He bit
the corner of his lip.

“
Adam, is something wrong?” Jack
asked. He didn’t understand what could have stopped Adam
mid-sentence. A few seconds went by before Adam turned and inhaled,
meeting Jack’s eyes.

“
Do you remember when I told you to
copy my homework exactly as it appeared?”

“
Yup. I wrote it just as you
said—number for number, word for word.”

“
Well, when I said that, I thought
you understood what I meant by ‘copy exactly’.”

Now Jack was confused. What was Adam talking
about? Why did he look so angry?

“
Do you see
this
?” Adam
slid the homework back over to Jack, pointing to a spot at the top
of the paper. “Do you see what
that
is?"

Jack gasped. His eyes were
ready to pop out of their sockets. Nerves rushed into his stomach,
and his pain grew exponentially.

“
When I told you to copy my paper, I
assumed you wouldn’t put
my
name on the top of yours too!”
Adam’s tone was a whispered scream. “Why are you such an idiot? How
did you manage to copy my name as well? Tell me, Jack, is this news
to you? You know, that you’re supposed to put your own damned name
on your own damned paper? And to make it worse, you wrote it in
pen.”

Jack wanted to close his eyes and pass out.
Now, both he
and
Adam were in jeopardy. “Adam,
I—”

“
Don’t even speak,” Adam said,
cutting him off. “Sometimes you amaze even me with your stupidity.
We’ll just have to find another way out of this.”

Jack felt another violent pinch in his stomach,
the fiercest yet, causing him to steady himself with a trembling
palm on his wooden desk. “Aww man, my stomach is killing
me.”

Jack could tell by the wrinkles forming under
Adam’s eyes that his friend was taking notice of his pained
condition. “What’s going on with you today?”

“
Alright, just take it easy. No
sense having a fit over this.”

Adam’s words were ineffective. Jack barely
heard them. He was too busy following Mr. Munson with his eyes,
watching each step as the teacher neared their desk. Jack’s arms
trembled, his pain intensifying. A hot, prickly sensation ran
across his spine, and Jack twitched, knocking his pen and notebook
to the floor.