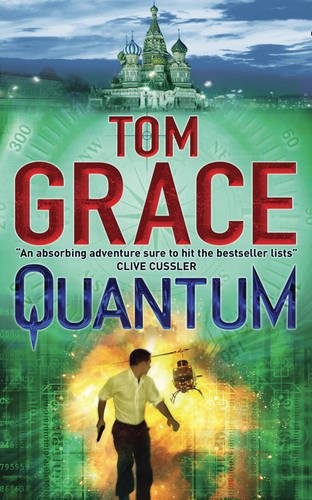 For John Steven Rosowki
A friend, classmate, and a true renaissance man
One of the brightest minds I have had the
privilege to know.
1962–1984

In the shadows of a small white building near the center of the University of Michigan campus, a young man stood motionless as he watched and waited. He was tall and wiry with harshly chiseled features, as if he’d been carved rather than born.

From his concealed vantage point near the eastern end of the L-shaped Economics Building, the man-made canyon formed by the four-story masonry bulk of the Randall Physics Laboratory and the equally massive West Engineering building lay open before him. The two buildings defined one corner of a large campus quadrangle. A pair of diagonal walkways crisscrossed the formal lawn from opposite corners of the square, intersecting at a large concrete plaza in front of the Graduate Library. The plaza and campus green surrounding it were known as the Diag.

A wide flat hole surrounded by mounds of earth and debris lay to his right, just beyond the concrete walkway that extended out from an alley toward the center of the campus. A few days earlier a demolition crew had brought the aging boiler house and its attendant smokestack to the ground. The scene around him vaguely resembled many towns and villages of Europe he’d prowled as the Allied forces fought their way into Germany.

He put aside those thoughts and, instead, focused on the two men who stood in the illumination of a street-lamp not one hundred feet away. From this distance, he struggled to hear the men speak as a steady wind out of the north swallowed the sound of their conversation. Snow swirled into vortices around them as they shuffled and stamped their feet, trying to stay warm.

A few minutes later the older of the pair, a woodworker who built large model ships in a shop in West Engineering, shook his friend’s hand and walked off at a brisk pace. The snow barked under his boots, echoing off the surrounding buildings. The woodworker quickly rounded the far side of the Economics Building and disappeared from view as the other man then climbed up the stone steps that led to the rear entrance of the Physics Lab.

A light flickered and then illuminated a small third-floor office, and from the shadows the hunter watched as Johann Wolff hung up his hat and coat and sat down at his desk.

Might as well settle in
, the hunter thought as he crouched down atop his duffel, behind the thick evergreen shrub.

He shrugged off the cold and discomfort – conditions he’d been hardened against long ago – and instead focused on his mission. If Wolff followed his usual routine, like a typical German, then he could expect the young physicist to work late into the night before returning to his rented room a few blocks away.

Johann Wolff pulled six notebooks out of his battered leather briefcase and set them carefully on the desk. He’d started the oldest of the slim volumes in Germany after the war, and each marked his painstaking progress in the pursuit of a scientific vision.

He opened the newest of the notebooks and carefully ran through the calculations again, following the flow of numbers through his complex mathematics. This was new territory. The methods he’d developed to describe what he saw as the next logical step after Einstein and Heisenberg were as radical as the calculus created by Isaac Newton to describe gravity.

Wolff’s formulas allowed him to move fluidly back and forth in time. The nearly musical cadence of the variables described an evolving universe of heretofore unimagined elegance and sophistication. The notion that the universe was static and unchanging had died nineteen years earlier when Edwin Hubble discovered that the cosmos was indeed expanding, as was predicted by Einstein’s theories.

‘Mein Gott!’
Wolff cried out as an image of the delicate, multidimensional structures that define both matter and energy clearly formed in his mind.

Wolff flipped to a blank page in his notebook and quickly began to sketch the mental picture before it faded. His skilled hand produced the image of a coiled loop that twisted and wound into itself like a knotted ball — an image that attempted to represent a subatomic-sized chunk of the universe possessing seven additional dimensions beyond the readily apparent three dimensions of space and one of time.

Smiling with childlike wonder, Wolff stared at the drawing and realized that, at twenty-nine years of age, he now stood ready to overthrow everything in the realm of theoretical physics that had preceded him.

‘I’ve got to let Raphaele know about this,’ he said excitedly as he rummaged through his briefcase.

Wolff extracted the pages of a letter he’d started earlier that day while riding the train back from Chicago. The words and formulas flowed rapidly from his pen as he briefly laid out the framework of a theory that would describe the structure of everything from the tiniest bits of matter to the entirety of the universe. The letter quickly grew from a few pages of personal news to a thick sheaf filled with concise fragments of his blossoming theory. The six notebooks on his desk were the seeds of a larger work he knew lay ahead of him, one whose publication would shake the world.

Shortly before midnight Wolff shut off the light in his office. Bundled against the evening chill, he exited through the building’s side door and began walking toward the center of campus.

‘Excuse me,’ a voice called out.

‘Ja?’ Wolff answered cautiously, still unable to see whom the voice belonged to.

‘I’m down here.’ A hand waved furiously at him from the excavation behind West Engineering.

Wolff stepped over the barricade and peered into the void left by the demolition of the boiler house. He saw a dark-haired young man in a soiled gray coat standing in the pit below.

‘Be careful near the edge, it might give out on you. That’s how I ended up down here. Think you could give me a hand getting out?’

‘Sure,’ Wolff replied. Judging by the smears of dirt on the man, it looked as though he had already made a few unsuccessful attempts to climb out on his own.

Wolff set his briefcase on the ground and knelt in the snow close to the edge of the pit. The young man moved toward him, and Wolff reached down to grasp his hand.

Before the count of three came, the young man yanked hard and pulled Wolff headfirst into the pit. Wolff felt his shoulder burn, his arm rotating behind him as he fell. Deftly, the man bent Wolff’s forearm upward, pressing the physicist’s hand between his shoulder blades as he drove his face into the ground. Wolff’s forehead plowed through two inches of freezing mud before slamming into the hardened earth. A crack of bone resonated inside his head, followed by a sudden rush of warm fluid into his sinus cavity – the bridge of Wolff’s nose crumbled as it impacted a large stone.

The man crouched over Wolff, pinning him to the ground. The weight of the attacker’s body bore down on the point where the man’s knee met Wolff’s spine.

‘Why? Why are you doing this?’ Wolff shouted with globs of dirty snow and mud spraying from his lips. ‘Let me go!’

Wolff struggled to pull free, but the young man had the advantage of strength and leverage.

‘You are Johann Wolff. From 1939 until 1945 you were a research scientist with the Reichsforschungsrat. Your job was to devise more efficient ways of killing people.’ The man spoke deliberately, each word carrying the weight of a pronouncement. ‘Under your supervision, over two thousand men, women, and children lost their lives as test subjects and slave laborers. The Nokmim, the avengers of your victims, have found you guilty of crimes against humanity and have sentenced you to death.’

‘Lies! I did not help the Nazis! I am a scientist. I killed no one!’ Wolff countered, vainly trying to face his accuser.

The man shifted his weight and drove Wolff deeper into the mire. With his free hand, the man pulled a long serrated knife from the sheath strapped to his thigh and plunged it into the side of Wolff’s neck. The stainless-steel blade sliced Wolff’s carotid artery, several muscles, and the jugular vein. Wolff blacked out as the blood pressure in his brain, temporarily heightened by adrenaline, abruptly dropped. The sharpened edge passed effortlessly through Wolff’s throat, nearly decapitating the physicist. The breath in Wolff’s lungs escaped with a gurgling hiss, the warm moist air mixing with the steam already rising from the expanding pool of blood. The tension in Wolff’s body waned as he slowly descended from unconsciousness into death.

The assassin quickly dragged Wolff’s body to the far end of the excavation and placed it in a partially buried maintenance tunnel at the base of the demolished smoke-stack. He then retrieved the physicist’s briefcase and placed it with the body.

As the winter storm increased, he opened his duffel bag and took out a folding shovel. Without a glance, he expertly flipped the folding shovel head open and tightened the neck to lock it in place. Quickly and quietly, as the cold wind howled above him, the assassin entombed Wolff in the tunnel and removed any evidence of the murder. Within a week, according to what the workmen had told him, the entire site would be filled and leveled with the surrounding lawn.

‘Vengeance has been served,’ the young man said softly as snow began to blanket the final resting place of the war criminal Johann Wolff. ‘May God have mercy on your soul – and mine.’

The Bones Will Speak by Carrie Stuart Parks
Year of the Talking Dog: A Hana Walker Mystery (The Hana Walker Mysteries Book 2) by Patrick Sherriff
Texas Proud (Vincente 2) by Constance O'Banyon
The Empress Chronicles by Suzy Vitello
Big Jack Is Dead by Harvey Smith
The Seven Whistlers by Christopher Golden , Amber Benson
Flying in the Heart of the Lafayette Escadrille by James Van Pelt
Hero by Rhonda Byrne
YA The Boy on Cinnamon Street by Phoebe Stone
Sable Book 1 of Chaos Time (Chaos Time Series) by Hall, Marie