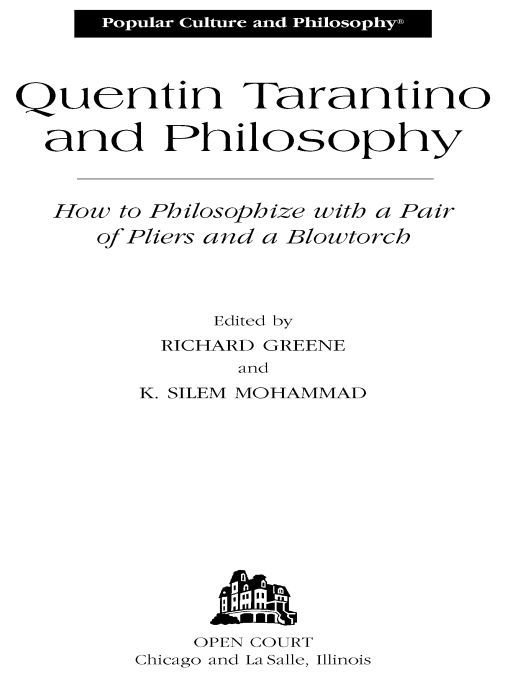 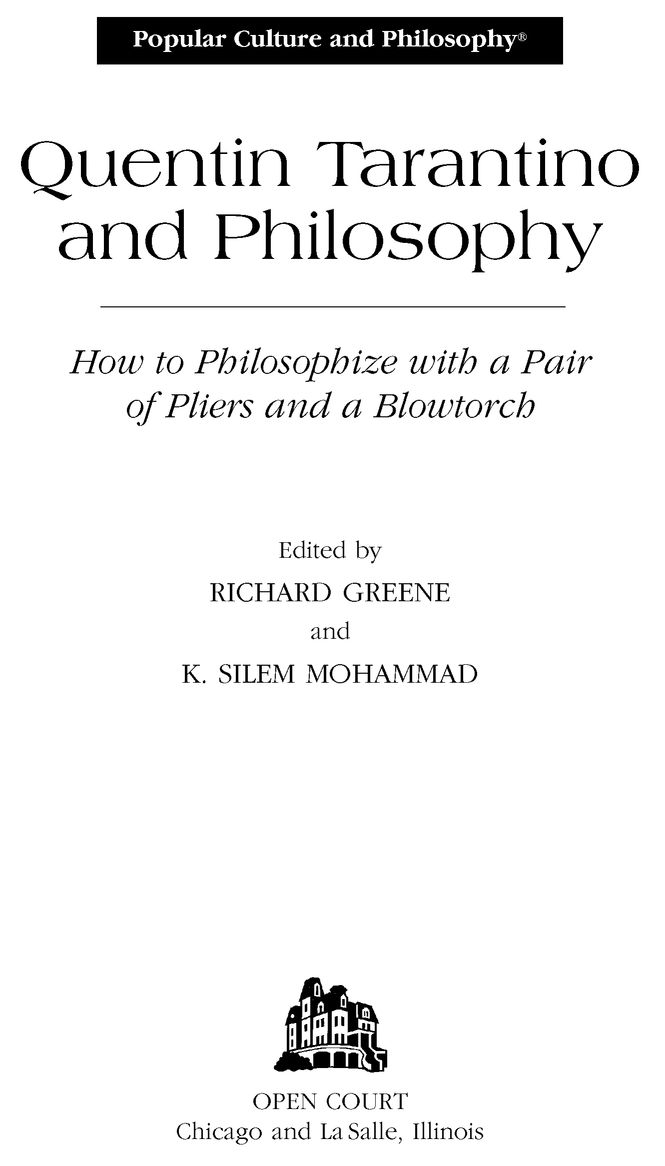 For Dan, Lisa, Lori, and Wade
Acknowledgments
Working on this project has been a pleasure, in no small part because of the many fine folks who have assisted us along the way. In particular a debt of gratitude is owed to George Reisch and David Ramsay Steele at Open Court, the contributors to this volume (each of whom agreed to produce top-notch work at a highly accelerated pace), and our respective academic departments at Southern Oregon University and Weber State University (Terry Thiel has been particularly supportive). Finally, we’d like to thank those students, friends, and colleagues with whom we’ve had fruitful and rewarding conversations on various aspects of Tarantino’s work in relation to philosophical themes.
Let’s Go to Woik
Quentin Tarantino makes the most aggressively reflexive films in contemporary mainstream cinema. From dialogue about Madonna, Lee Marvin, and the Fantastic Four in 1992’s
Reservoir Dogs
, to the Seventies retro pastiche of 2007’s
Death Proof
, Tarantino’s movies are obsessed with pointing self-consciously to their own knowledge of the position they occupy among the disposable (but infinitely recyclable) entertainments of American pop culture.

Hidden Among Us by Katy Moran
Heroes (formerly Talisman of Troy) by Valerio Massimo Manfredi
Blood Witch by Ellie Potts
The Crystal Heart by Sophie Masson
Love & Folly by Sheila Simonson
A Batter of Life and Death by Ellie Alexander
Nerd and the Marine by Grady, D.R.
The Warmth of Other Suns by Isabel Wilkerson
Fahey's Flaw by Jenna Byrnes
The Marriage Bargain by Michelle McMaster