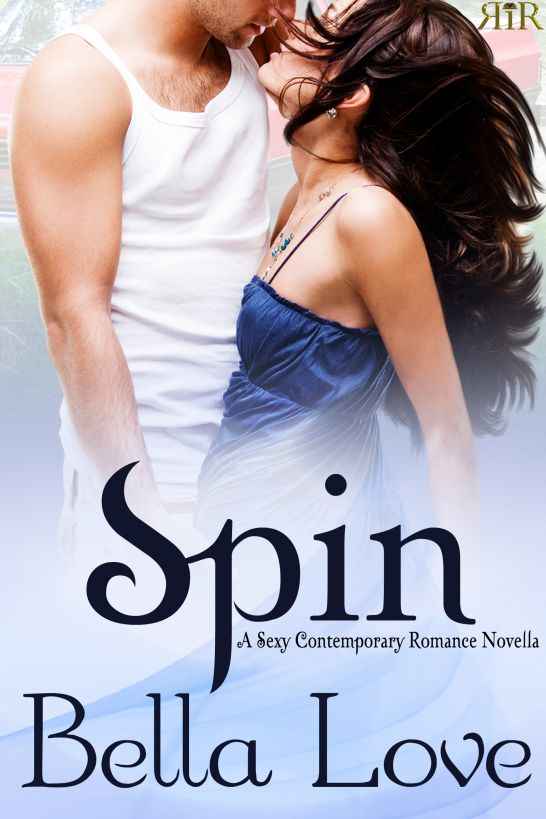 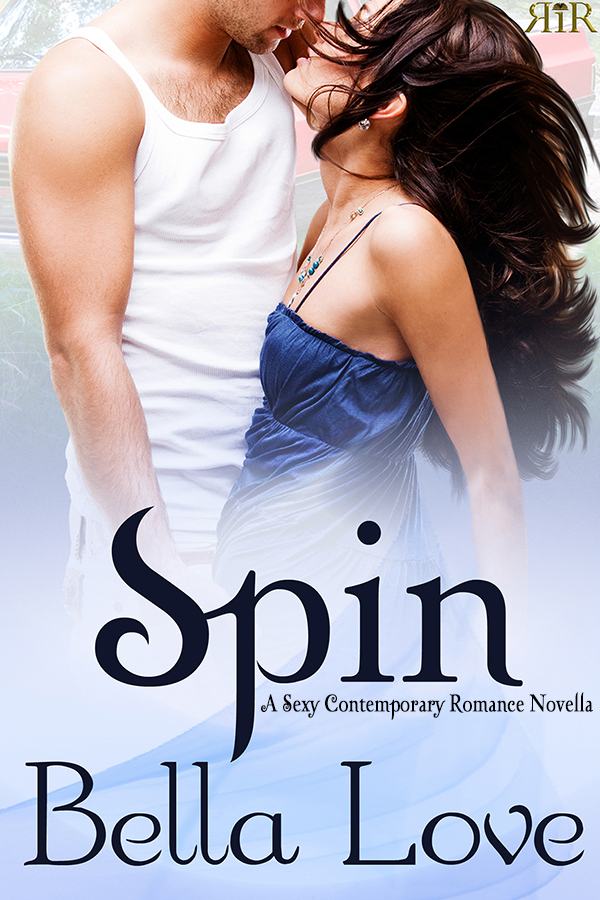 This is a work of fiction. Names, characters, places,
brands, media, and incidents are either the product of the author’s
imagination or are used fictitiously. The author acknowledges the
trademarked status and trademark owners of various products
referenced in this work of fiction, which have been used without
permission. The publication/use of these trademarks is not
authorized, associated with, or sponsored by the trademark
owners.

This ebook is licensed for your personal enjoyment
only. This ebook may not be re-sold or given away to other people.
If you would like to share this book with another person, please
purchase an additional copy for each person you share it with. If
you’re reading this book and did not purchase it, or it was not
purchased for your use only, then you should return to your online
retailer and purchase your own copy. Thank you for respecting the
author’s work.

Jane MacInnee doesn't get
spun up much. She’s too controlled. Only three times her whole
life, and that list began and ended with dangerous Finn Dante. When
their paths cross again, eleven years after a river-side,
body-firing kiss, Jane realizes she’s about to lose the
white-knuckled control that's got her so far from the backwoods
she's spent her life running from.

Finn knows he doesn't need
to chase Janey Mac down. He just needs to show her what she's made
of. Unwind her, slow and hot. And never let up, not even
when she begs him. Because he's been waiting for Janey Mac to come
undone his whole life.

In twenty-nine years of living, I’d
only let myself get spun up three times.

I almost always regretted it.

Generally, it took a lot to rattle me.
Bright smile, white-knuckled control: I was like an iron ball of
yarn. That was my way.

It was a pretty good way. Simple too. Just
hang on tight, smile like a crazy person, and never let go. It got
me places, and I probably shouldn’t have got more than ten miles
past my county’s swampy line.

I stayed away from things like alcohol or
emotions; neither ever went well for me. And anyhow, it’s not what
was expected from a daughter of the cream of Dodge Run society.

Not that that cream rose awfully high. But
still.

Cheerleading, charitable organizations,
smiling when hurricanes blew through town, anything to uplift the
spirits of Dodge Run, that’s all it took. Every moment of your
waking life. A few dreaming ones as well.

It was tough maintaining a position atop a
social pile in a swamp, but we MacInnees were strong that way.

Some might say being at the top of the
social pile in Dodge Run wasn’t saying a whole lot. I’d have to
agree. But I didn’t have anything else to go on, so I went on that.
It was sort of like driving on fumes.

Today, though, I was reminded, forcefully,
of the few times I
had
got spun up, when I’d felt the tight
weave of my self-control loosening. The list began and ended with
Finn Dante. He was like dangerous bookends to my errors in
judgment.

As a kid, I’d stayed away because I had a
brain in my head and a reputation to uphold. There were warnings
about the Dante boys, big bad warnings.

“
Nothing but trouble, those Dante
boys,”
Mother told me when I was eleven.
“You stay
away.”

“
They do things to women, the Dante
men,”
my friend Emily had said. Calling the teenage offspring
of local pawnshop owner Earl Dante “men” was a bit of a stretch,
but at thirteen, Emily had been wiser in the ways of men than I am
to this day, so I went with it.

“
Things?”
I’d whispered back, even
though Emily hadn’t been whispering.
“What kind of
things?”

My whole body had lit up. It scared me half
to death. If the Dante boys could do that to a girl simply by being
mentioned in a conversation, well. . . I’d yanked down my shirt and
stayed away.

Until fate threw us together at Emily’s
fourteenth birthday party. A disco ball spun overhead, and one
by one each boy was blindfolded, the girls kissed him on the cheek,
and he had to guess who it was.

So when the youngest Dante boy,
fourteen-year-old Finn, was coaxed down into the chair, when the
black bandanna went around his blue eyes, when my body started
sparking
(What kind of bad things?)
, I darted forward before
the others and kissed him not on his cheek but square on the mouth,
ducking away before he could grab hold of my wrist, but not before
I felt the tip of his tongue press against my lips.

The room exploded in laughter as I tripped
backward, melting into the circle of kids, my heart pounding, my
head spinning. He’d slid off the bandanna and looked around, his
blue eyes settling on me, a small smile curving up his mouth. Then
he’d said,
“Ruthie,”
dead wrong about which crazy girl had
kissed him on the lips.

Except he wasn’t wrong. The room was
laughing, the girls were making him put the bandanna back on, but
he never looked away from me.

He knew exactly who’d kissed him.

And he’d tried to kiss me back.

My belly slid on a roller coaster. My whole
body was fluttery, chilled, and wobbling. The moment his eyes were
covered again, I’d bolted from that room and Emily’s house and
vowed never to look at him again.

The second time was when I drank two beers
in fast succession and waxed my bikini line with Emily, my lifelong
and sexually unrepressed friend, during our last week of high
school.

The third (and most terrifying) time was
when I kissed Finn
again,
down by the river on graduation
night.

I guess I never forgot that disco ball.

My only excuse is that I was still spun up
from the memory of hot wax near my hoo-hah and the furious despair
of getting a late rejection letter from a college that had been in
my last-ditch, D-list pile.

I’d never thought I was smart and my test
scores confirmed it, but I wasn’t dumb either: this meant I’d be
spending the rest of my life in Dodge.

I’d never been as angry as I was that
moment. As scared. I felt trompled on. It wasn’t a matter of social
status; it was a matter of survival.

It was a matter of failure.

Even Sue Ellen Minor and her big, perky
breasts had got into college.

Then I flung myself into the annual
graduation celebration with a sort of furious, vengeful cheer. I
was all risky and fired up. I stumbled, sort of literally and
mostly accidentally, into dangerous Finn Dante down by the banks of
the smoky green river that hosted a couple of alligators and a
whole lot of premarital sex.

Finn was trouble. A year older, ten years
more experienced, he was more trouble now than he’d been at
fourteen. Only I had no idea how much.

We almost got caught. I stood there, frozen
with fear. The college plan was dead and gone, but if I was seen
with a Dante boy, kissing a Dante boy, getting
felt up
by a
Dante boy, the contingency plan of life here in Dodge would be
ruined as well.

Even Sue Ellen Minor didn’t lift her skirts
for a Dante boy.

Also, my mother would eat me alive.

I stared at him through the shadows of a
black willow tree. He stared back. I could see it in his glinting,
amused eye; he was toying with outing me to the others who’d
stumbled down to the riverbank. Such mischief wasn’t beyond him.
Dante boys were known for doing things just for the fun of it. Bad,
dangerous, fun things.

In the end, he just moved away, drawing
thirty-eight female seniors like moths after him, and a good
portion of the males too.

But despite the way he’d toyed with my
future, I hold a fondness for him. Because in our brief—extremely
brief—conversation before I went up on my toes and kissed his
mouth, he made me realize that staying stuck in Dodge was a
choice.

“
It’s just a town, Janey Mac,”
he’d
said, all lazy and half smiling in the moonlight.
“There’s lots
of towns. If you don’t like this one, pick another. If you don’t
like the way those colleges turned you down, get a back-up plan. If
you don’t like cheerleading, do something else.”
His gaze
dragged down my body like a stick through embers, and I started
sparking.
“There’s not much need for cheerleaders anymore,
Janey, now that school’s over.”

The Woman He Married by Ford, Julie
Casey's Home by Minier, Jessica
Phoenix Feather by Wallace, Angela
Good Day In Hell by J.D. Rhoades
The Jerusalem Creed: A Sean Wyatt Thriller by Ernest Dempsey
Key the Steampunk Vampire Girl and the Tower Tomb of Time (9781941240076) by Becket
Awake in the Dark: The Best of Roger Ebert by Roger Ebert
DevilishlyHot by Unknown
Fullalove by Gordon Burn
The Corpse With the Golden Nose by Cathy Ace