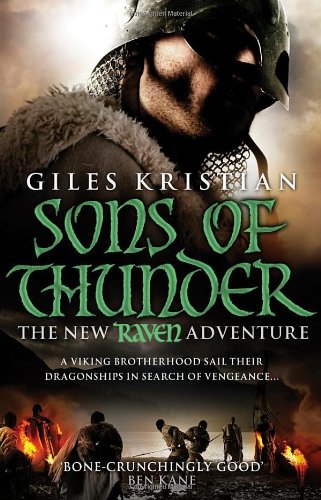 Giles Kristian has asserted his right under the Copyright, Designs and Patents Act 1988 to be identified as the author of this work.

The Random House Group Limited supports The Forest Stewardship Council (FSC), the leading international forest-certification organization. All our titles that are printed on Greenpeace-approved FSC-certified paper carry the FSC logo. Our paper procurement policy can be found at
www.rbooks.co.uk/environment

Sons of Thunder
is for my parents, who sent the wind and turned the tide

For more information on Giles Kristian and his books,
see his website at
www.gileskristian.com 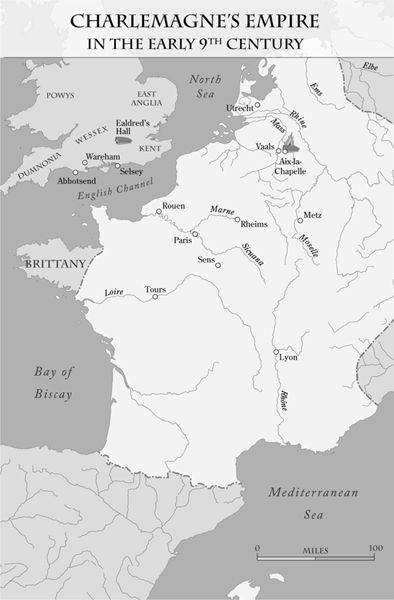 Sigurd the Lucky, a jarl

Bragi the Egg, shipmaster of
Fjord-Elk

Fulcarius, commander of the shore guard

Óðin, the All-Father. God of warriors and war, wisdom and poetry

Thór, slayer of giants and god of thunder. Son of Óðin

Baldr, the beautiful. Son of Óðin

Loki, the Mischiefmonger. Father of lies

Rán, Mother of the Waves

Njörd, Lord of the Sea and god of wind and flame

Freyja, goddess of love and sex

Hel, both the goddess of the underworld and the place of the dead, specifically those who perish of sickness or old age

Völund, god of the forge and of experience

Eir, a healing goddess and handmaiden of Frigg

Heimdall, Warden of the gods

Midgard, the place where men live. The world

Asgard, home of the gods

Yggdrasil, the World-Tree. A holy place for the gods

Bifröst, the Rainbow-Bridge connecting the worlds of the gods and men

Ragnarök, Doom of the gods

Valkyries, Choosers of the slain

Norns, the three weavers who determine the fates of men

Hugin (Thought), one of the two ravens belonging to Óðin

Munin (Memory), one of the two ravens belonging to Óðin

Mjöllnir, the magic hammer of Thór

The One & Only: A Novel by Emily Giffin
Love and Peaches by Jodi Lynn Anderson
Blue Stars by Emily Gray Tedrowe
Monsters of the Apocalypse by Rawlins, Jordan
To Say Nothing of the Dog by Connie Willis
Carry On Wayward Son by Cate Dean
All Hat No Cattle: A Red Hot and BOOM! Story by Randi Alexander
Unfriending My Ex: And Other Things I'll Never Do by Kim Stolz
Grant and Sherman: The Friendship that Won the Civil War by Charles Bracelen Flood
The Tankermen by Margo Lanagan