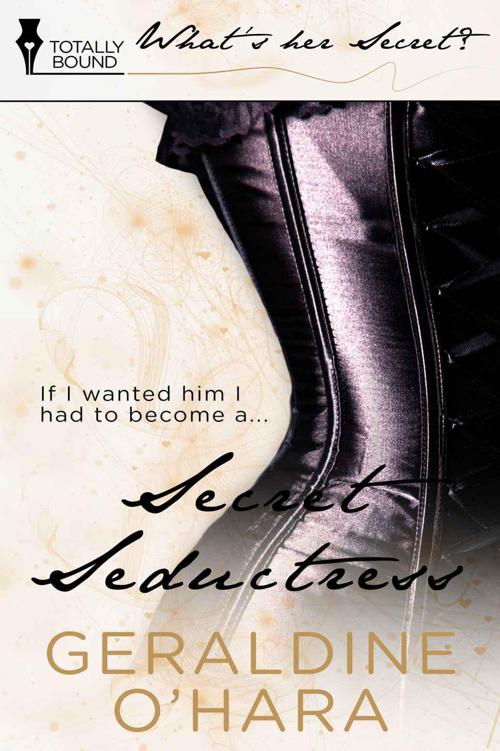 When you’ve fancied someone for a long time and finally get into the bedroom with him, things start hotting up!

Mandy is known as the girl everyone turns to for a good laugh and some fun, but she’s hiding a secret from the friends she usually hangs out with in the local pub, The Rusty Nail. She’s fallen for one man in their group, Leon, a sexy-as-sin piece of deliciousness who gives off the impression he’s a bit of a rake. Mandy doesn’t care—rake or not, she wants him, but the question is, how do you ask a friend out without ruining that friendship?

Thanks to a quirk of fate, Mandy is able to become someone else—a wanton sex siren who gives her the confidence to be whoever she wants to be in the bedroom. Leon has no idea about Mandy’s desire for him, so in a sexy outfit, stockings and high heels, Mandy’s ready to give him the time of his life.

I was known as the mad bird, the one all the blokes in the pub went to for relationship advice or asked if I’d like to join them for a beer when all their mates were busy. None of them had ever shown an interest in me in any way other than us being friends. It would be the story of my life, I thought, being left on the dusty shelf while everyone else paired off, married with loads of kids. I was happy enough, but there was that little thing inside me that whispered about cozy nights in with the man of my dreams—him bringing wine in a large goblet, which he would pour into my navel then suck it up.

Or was that dream only unique to me? Did anyone else dream the same thing?

I couldn’t be sure, but from where I was sitting—far-left corner of The Rusty Nail, best buddy Jen next to me and half a bottle of voddy scampering through my veins like a nutty dog in a meadow—the man of my dreams wasn’t here.

Well, he
was
…it was just that he didn’t know it. And, let’s face it, he wasn’t going to want me, Mad Mandy, all ladette, a woman who could drink most of the men under the table. God, what had I allowed myself to become?

Leon, the man I’d lusted after for six whole months, was standing by the bar swigging from his bottle of Beck’s. His lips around the top of that bottle had me wishing they were firmly clamped around my clit, giving it a good old tug and making me all squirmy with pleasure. I got that feeling down below that makes you want to clench, but the desire romping about in my nethers clearly didn’t fancy buggering off any time soon.

The other lads, Gary and Marshall, were fucking about twanging the hem of Leon’s white T-shirt. God knew what they were talking and laughing about, or why they were doing what they were, but I wished I was over there, part of the gang, just so I could twang that hem myself and maybe get a sly feel of his skin while I was at it.

“Who?” I hoped she wasn’t referring to my Leon. She’d have no trouble snagging him, brunette beauty that she was, and I wouldn’t begrudge her an ounce of happiness, but… Oh, sod it. I did begrudge her. She could be happy so long as it wasn’t with him.

“Gary,” she said, sighing then sipping her vodka and lime. “He’s so bloody lovely.”

“Not my type,” I said, ogling the strip of Leon’s belly being exposed by Harry. “I prefer Leon. But sadly, he doesn’t prefer me.”

“How come you’ve never told me you liked him before?”

I took a big gulp of my drink and stared so hard at Leon I narrowed my eyes, trying to spot whether he had an outie or innie as a belly button. His thick hair peeked out from his waistband then fanned upwards and hid that bit of information from view, so I’d have to content myself with imagining.

“Outie or innie?” I said, glancing across at Jen.

“I can’t say I’ve ever wondered,” she said. “But if we go over there, maybe you can find out.” Instead of standing and doing just that, she remained in her seat, raised her glass to her pink-painted, cupid’s-bow lips and had another sip.

“Better not,” I said. “Looks like they’re not interested in us joining them. Seems it’s a lad’s night out to me.”

I continued to watch them, transfixed by every scrap of skin that was being flaunted, slurping it all up and filing it in my head. The blokes were getting bolder, raising the hem higher, and Leon didn’t seem to give much of a shit. He wasn’t an exhibitionist, but he wasn’t shy either. I reckoned his take on it would be that if people wanted to look, why shouldn’t they? He had an air about him that might make the ladies think he was a player, a rough-looking player at that, with his permanent stubble, every-which-way hair and I’m-a-saucy-devil grin.

He could be a saucy bloody devil with me any time.

I sighed, as only the lovesick can, and propped my chin in one hand, planting my elbow firmly on the table in front of us. I toyed with the straw in my drink without looking at what I was doing, too immersed in waiting for that hem to go higher. It did, with a quick lift from Harry, who then hooked it over Leon’s head so he looked like one of those men who wore stockings to rob banks.

“Torso!” I shouted, bolting up onto my feet and pointing at the men.

Everyone turned to stare, and I blushed so hard I had the insane thought that my face was going to melt. Couples, groups of middle-aged friends and a few old men were the sum total of our drinking companions tonight, and none of them seemed amused by my loud outburst. They shifted their attention from me to Leon and back again, shaking their heads at me, the loud girl they undoubtedly thought needed to stop interrupting their quiet night out.

I grabbed my drink and strode over to our male friends with the sole intent to rub my hands over that torso if it killed me. I heard Jen scraping her chair back behind me, and before I knew it, the pair of us were standing in front of Leon, who still couldn’t see a thing, what with his T-shirt being over his face.

I mouthed
shh
with my finger to my lips then warmed my hands by rubbing them together. I held my breath for a second before placing them on his pecs. As soon as my palms made contact with his sun-burnished skin—he was a beefy builder by trade—every rational thought went out of my head. All I could think of was mauling him silly, rubbing myself up and down his front, and ending with a press of my breasts to his midsection—God, he was so tall—that would give me thrills every time I thought about it in the future.

“What if I don’t want to?” I asked, changing my voice to a lower key.

“Pussy Pwoar, that is,” Gary said, giving my arm a nudge. “She’s come here especially for you, mate.”

I glanced across at Gary, who gave me the nod to fondle some more. I did, feeling oddly comforted by the presence of everyone around me. The lads and Jen had formed a circle, so no one else could see what we were up to. Emboldened by the secrecy they’d provided, I ran my fingertips up to the dip below his Adam’s apple then down, down, down to skim the pad of my thumb over his navel.

I imagined dipping my tongue into it, then licking a path all the way up to his nipple. I glanced at Gary, who nodded, sticking his tongue out and looking quite pervy as he silently instructed me to make my next move. Amid cheers and laughter, I leaned forward and touched the tip of my tongue to Leon’s nipple. It burned—probably my imagination—and I swirled around it, my heart skittering madly and my clit doing all manner of throbby things that left me lightheaded. I breathed out, knowing he’d feel the warmth, and caught his nipple between my teeth.

He sucked in a breath. “Fuck me, Pussy. Steady on, love.”

Oh, I would fuck him, too, given half the chance.

He laughed nervously, and as I continued my oral exploration of his now-hardened nipple, I fondled his torso, dipping my fingertips beneath his waistband. I almost leaped back in surprise. I’d brushed the head of his cock—his very hard cock. I wasn’t sure I liked the idea of him getting excited by a stranger. Then again, he was being stimulated, basically blindfolded, and I imagined any single man would get a bit hot and bothered by that kind of attention. And that was the word that made this all okay, wasn’t it? Single. He didn’t have anything to feel guilty about. No girlfriend waiting at home, oblivious to what he was up to. Except, even though I was enjoying what I was doing to him, a sneaky thought did tumble in.

What if he got turned on like this even if he
did
have a girlfriend?

Gary nudged me again, and I carried on with the nipple action while swiveling my eyes in his direction. He nodded at my hands. Pointed at the floor. Oh, God, he was telling me to push my hands lower.

Never one to baulk at a dare, I slid my hands right inside Leon’s jeans, his cock pressing against the backs. There wasn’t enough room to do what I wanted, which was to turn one of my hands over and curl it around his width, so I moved them in an up-and-down motion. His cock jolted, and he breathed a little unsteadily. This was getting into serious territory now, not just his mates getting some woman to touch him up a bit. This was more like something that should be done in private.

Fresh Ice by Bradley, Sarah J.
The Cave by José Saramago
A Sweet Possibility (Archer Cove Series Book 2) by Natalie Charles
Dead Wrong: Straight Facts on the Country's Most Controversial Cover-Ups by Richard Belzer, David Wayne
Sleeping Solo: One Woman's Journey into Life after Marriage by Audrey Faye
Sigrun's Secret by Marie-Louise Jensen
Color Me Bad: A Novella by Sala, Sharon
The Viscount Who Loved Me by Quinn, Julia
All Dogs are Blue by Leao, Rodrigo Souza
The Mystery on Cobbett's Island by Kenny, Kathryn