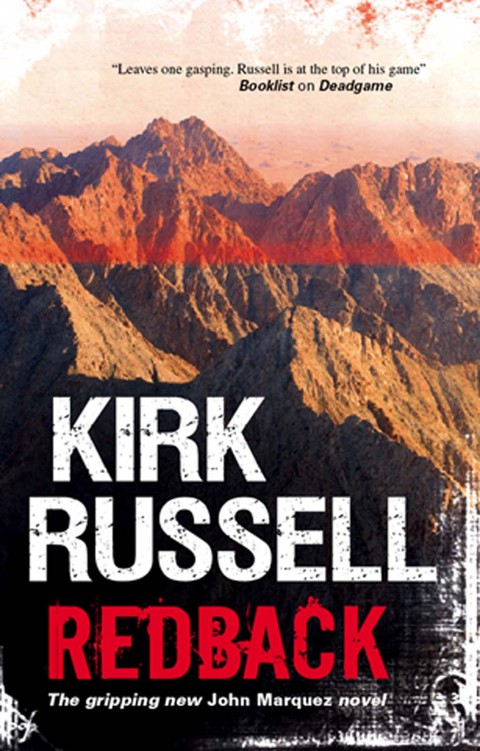 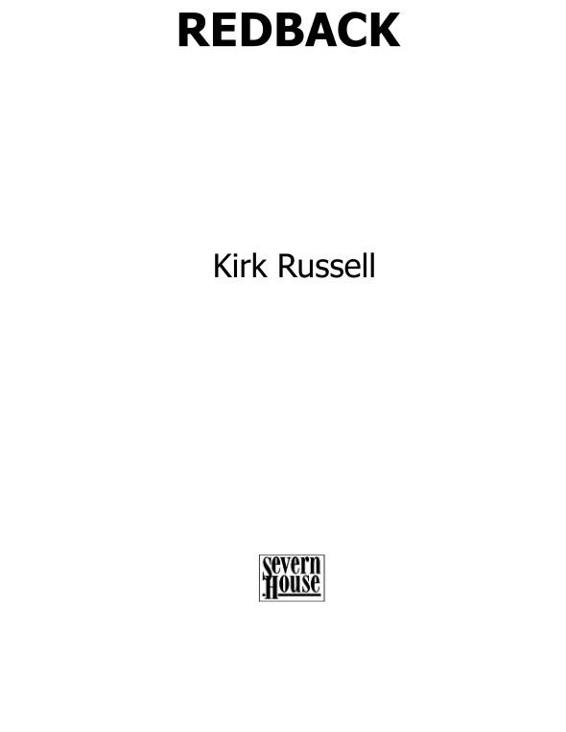 As with the first three Marquez novels many thanks go to Nancy Foley, Chief of Patrol, head of the law enforcement branch of California Fish and Game, and Kathy Ponting, the real-life Marquez, patrol lieutenant of the Special Operations Unit, the SOU. And thanks as well to George Fong, former FBI Assistant Inspector at FBI Headquarters. Without George’s help Marquez never would have made it on to a task force and out into the broader world. Though he appears in the book climbing mountains, Adrian Muller did more than that to help this book along. Finally, and once again, many thanks to my agent, the indomitable Philip Spitzer.

I
n the summer heat, glare, and dust of Tijuana, Marquez picked up their informant, Billy Takado, and drove east across the desert plain toward the dry folds of the Sierra de Juarez and a meeting with the most violent cartel in Mexico. On a pass high in the Juarez he pulled over. He retrieved the satellite phone from the trunk and as he waited for it to connect studied the thin road below where it left the mountains and ran through the pueblo, and out through fields of alfalfa and pale green maize to the abandoned bull ring across the valley. The bull ring was a dark ellipse in afternoon shadow. The bull ring was where the meeting would go down.

When one of his squad, Sheryl Javits, answered, Marquez said, ‘We’re close. Tell them we’ll come through the pueblo in about twenty minutes.’

Mexican Federal Judicial Police, the Mex Feds, were backing them up today. From her desk at the Drug Enforcement Administration Field Office in Los Angeles, Sheryl was coordinating. Marquez stowed the phone and tried to get Billy talking again as he got back in the car. Somewhere along the climb up the pass Takado had gone quiet.

They drove the potholed road through the pueblo past a whitewashed church and cinderblock buildings with corrugated tin roofs, and on through air rich with the sweet heavy smell of alfalfa. When they reached the bull ring two armed cartel guards waited beside a jeep parked near rusted entry gates. The guards watched the Cadillac, with its show pipes, candy paint, and trick wheels, roll through the dust and stop.

Marquez got out first. He wore snakeskin boots, black jeans, and a white linen shirt with gold-colored threads woven through it. The back of the shirt was damp with sweat after the long drive. He wore a heavy Rolex and wrap-around Ray-Bans. Billy wore clothes the Salazar brothers knew him by, Hawaiian shirt, gray cotton slacks, and sandals.

As the guards approached, Billy said quietly, ‘I know the one on the right. He’s a cop in Tijuana.’

That was who patted them down, jabbing fingers hard into armpits and groin before leading them into the bull ring where Marquez took in a thousand splintered and sun-silvered wood seats and ground hard as stone. He watched the guards take up positions and then looked past them to the rim of the arena and the bright blue sky over the mountains. When he heard a car he looked back at the gates. A black Mercedes sedan with tinted windows pulled up. Dust cleared and as the right rear door opened, Marquez felt both fear and exhilaration.

Special Agent John Marquez was thirty-one with eight years in at the DEA. He was young to be supervisor of a squad, but his career so far was a string of successes. His squad, Group 5, worked Baja traffic. In the last six months they’d focused strictly on the Tijuana-based Salazar Cartel. A week ago things started coming together and now were moving so fast Marquez didn’t feel enough in control. Yet he wanted to keep it happening. In just a few days they had bumped up from the low level management to this meeting.

His hope was that Luis, the younger Salazar brother, would get out of the car. Luis was the one to connect with. The older brother, Miguel, was an unstable sociopath, and Luis’s ambitions were more than enough. Luis wanted to wipe out the competitors, control Baja, and then keep expanding Salazar business in the US. He wanted the great cocaine cities of the east coast, New York, Miami, Washington, and Boston.

Neither brother got out of the car. Instead, it was someone Marquez had never seen before, a tall man, tanned and sure of himself. Looked like he was early forties, dark-haired, possibly European, possibly Spanish, and with a posture and stride Marquez knew he would remember. This could be the money man they’d heard whispers about, the financier. He wore a coat in the heat and made eye contact with Marquez as he walked toward them. But it didn’t feel right, and when he reached them he shook Marquez’s hand without giving his name. He stared at Billy as he pulled papers from his coat.

He handed the papers to Marquez, saying, ‘You’re going to carry a message back to the DEA from the Salazars.’ As Marquez read the papers the man turned to Takado and asked in a quiet almost gentle voice, ‘Did you really think I’d forget?’

The papers were copies of Federal personnel forms, the individual 52s for Jim Osiers, Brian Hidalgo, Sheryl Javits, Ramon Green, and himself, his squad, Group 5. Marquez shuffled through them as he tried to figure a way out of this.

‘Tell them this, anyone who works against the Salazars is in danger. So are their families. We will kill your girlfriends, your wives, your children. Do you understand?’

That was it, meeting blown, meeting over, and with Billy walking stiffly just ahead of Marquez they headed toward the car. They were nearly to the Cadillac when a door of the Mercedes opened behind them. Marquez heard the door fall shut, the footsteps coming and knew from the footfall that whoever it was would catch them.

He said quietly to Billy, ‘Don’t look back. Don’t look up. Just get in the car. We’re out of here.’

Marquez slid the key into the ignition before Miguel Salazar rapped on the driver’s window with a gun. Marquez started the engine anyway. That angered Miguel and when Marquez lowered the window Miguel shoved the gun against his temple.

With the barrel digging into his scalp, Marquez said, ‘Look, I get it; I’m taking the message back.’

Marquez turned the car off. He handed Miguel the keys, put his hands on the wheel as ordered, and then watched Miguel walk around the front of the car with the gun’s aim moving from him to Billy. Now Miguel was at Billy’s window cursing, calling Billy a traitor, calling him the shit of a whore as Marquez tried to shut it down, speaking to Miguel in rapid Spanish.

‘Not his fault, Miguel. Not his fault. We put him up to it. We forced him. We didn’t leave him any other out.’

But that was just more bullshit to Miguel Salazar. He looked from Billy to Marquez, eyes bright with hate for this mixed-blood gringo agent and hate for all gringo agents and all people who would get in the way of his family. And maybe it was something he saw in Marquez’s eyes, or respect he didn’t see. Or maybe this was the way it was planned.

He pushed the barrel of the gun into Billy’s forehead, forcing his head back so Billy had to look up at him. Billy was two-faced, a snitch, a
chismoso
. He was nothing. He was a mistake. Miguel looked at Marquez, wanted Marquez to understand in a way that he would never forget, that he was powerless, that he could do nothing, that the gringo DEA, the United States of America, the Mexican government, the judicial police, could do nothing. He pulled the trigger and Billy’s head jumped as blood and brains spattered on to the backseats. Before walking away Miguel threw the keys at Marquez and said, ‘Next time you.’

B
efore the pueblo, Marquez braked hard and got his gun and the satellite phone out of the trunk. His hands were shaking when he pulled over in front of the adobe church in the pueblo. Billy’s mouth was open, his head slumped against the passenger window, the seat behind him glistening with blood. His bowels had released. Marquez checked the street, rear view mirror, the wooden church door just barely opening, now shutting again. He didn’t know if he was waiting for Mex Feds, or not. But as the church door closed, he pulled away from the curb, deciding the Mex Feds weren’t going to show themselves. They’d have some explanation later.

He lowered his window, wiped Billy’s blood off the side of his face, his mind racing, his ears still ringing from the gunshot. With the gun in his lap he turned back toward the bull ring. He got halfway there before doing another U-turn and driving into the mountains. At the pass he pulled over where he’d called in last and asked for Sheryl Javits.

‘Miguel Salazar shot Billy. He’s in the passenger seat next to me. He’s dead.’

‘Off the side of the road up in the Juarez.’

She didn’t seem to get it. Marquez stared at a car approaching and reached for the gun. The car passed as Sheryl went on about the Mex Feds, repeating that she had talked to them all day.

The Leopard's Prey by Suzanne Arruda
Alpha Me Not by Jianne Carlo
Kinflicks by Lisa Alther
Midnight Whispers - Paranormal Romance by Bullard, Catherine
Love and Hydrogen by Jim Shepard
Thomas Covenant - 02b - Gilden Fire by Stephen Donaldson
Finding Destiny by Johnson, Jean
Confronting the Fallen by J. J. Thompson
Living Proof by John Harvey
Been in the Storm So Long by Leon F. Litwack