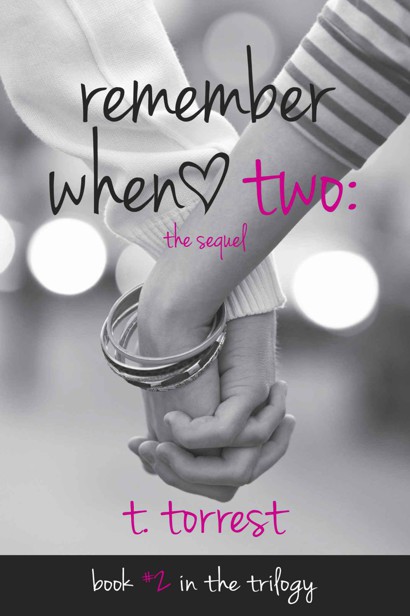 You know how sometimes, your high school crush grows up to become an insanely famous movie star?

Trip Wiley wasn’t always the gorgeous young stud you see these days on the movie screen. In fact, he wasn’t always Trip
Wiley
. When we were teenagers, he was known by his given name of Trip Wilmington.

He
was
always gorgeous, however.

But back in high school, his fanbase only encompassed the denizens of our shared little suburb of Norman, New Jersey. More specifically, the female members of it.

I don’t think there was a girl in our town that didn’t drool just the slightest bit whenever Trip came swaggering into a room. Sitting there at our desks, watching that beautiful blue-eyed creature enter our realm... It brought a smidge of sunshine into our otherwise uninteresting lives. Thinking about Trip as he was then is enough to bring a curl to my toes, even after all these years.

Trip always had a way of talking or smirking or leveling his eyes at you like he was harboring some big, life-changing secret. Some huge private joke that kept the rest of us mere mortals wondering what the punchline was. He always carried himself so effortlessly, so self-assured, like everything was going to be okay, like the world was his for the taking.

I suspect Trip may have known he was destined for bigger things than what our nothing-little-town of Norman could provide. Maybe it’s what made him move to La-La Land and take the entire city by the balls, throwing a sucker punch at the Powers That Be and transforming himself into the brightest new star this side of the moon. With his charm and good looks, it was predictable that he’d get noticed.

That consequence was nothing new, of course. Women
always
lusted after Trip. Hell, I was one of the worst offenders.

After crushing on him my entire senior year, I somehow managed to make that boy mine, and we spent a glorious summer together until I had to leave for college. Although we’d parted ways, we still kept in touch through letters, cards and the occasional phone call. At least for a little while.

I was going to school in New York, but Trip was aimlessly bouncing all over the globe. I would mail my letters to his parents’ house, where they’d get forwarded to his vacation destinations eventually, and get ones sent back bearing exotic, beautiful postmarks from places like Bali and Cairo, Zimbabwe and Nepal.

In between his voyages, he spent his autumns and winters playing hockey with some big deal, travelling MVP team. He’d written once from Minnesota, relaying the news of how he’d been asked after a game to be an extra in the
Mighty Ducks
movie which was filming right there in town. He seemed confused by that, but come on. He was so beautiful,
of course
he’d been singled out. His scenes wound up on the cutting room floor, and silly me, I thought that would be the end of his professional acting foray.

But then just a couple years later, I received a letter from him, telling me that he was headed for Los Angeles, where I guess he’d decided to stay.

Back in his early Hollywood days, all that appeal lent itself to a flood of attention from the opposite sex, even before the inevitable fame. Everyone from mere citizens to young starlets to seasoned veterans wanted a piece of him. He’d been spotted with a multitude of different women over those first years, but why not? There was virtually a line out the door and Trip was practically giving out numbers. The sheer volume of girls throwing themselves at him was staggering. He was young, unattached and met with opportunity at every turn, so who could blame him?

Certainly, I’d been living
my
life during that time, too.

It was excruciating at first, getting over Trip. Not that I ever really did, mind you. But during those first years, I had no other choice but to go on with my life. Because do you ever really get over your first love? Even during your twenties, when you experience that initial taste of being a grown-up… that teenager still lives inside you. That person you were before the world started telling you how to be, what to say, who you should be with. Before you lost yourself in expectations and plans, and could just be a work-in-progress with only the vaguest of results in mind.

At the age of twenty-six, I hadn’t yet mastered the art of growing up. Truth is, I was a bit lost. I wasn’t quite sure I knew who I was or if I’d ever be found again.

Trip, on the other hand, could be found almost anywhere, if you knew where to look. In the summer of 2000, he was only just starting to acquire his notoriety. It seemed everyone in the movie industry knew his name, even if only a select few of us in the general public did. He’d had a few parts in a handful of films by that time, none of them starring roles. But that was the year everything was about to change.

That was the year he came back to me.

“We’ve really got to stop meeting like this,” I purr, draped across Trip as he lounges on the sofa, my head in his lap.

It’s sweltering hot outside, and he and I have opted to spend the day at my apartment, snuggled on the couch in relative air-conditioned comfort. But wow. It suddenly got really hot in here, even though I’m wearing nothing but a flimsy pair of cotton shorts and a tanktop. It’s too hot even for a bra.

I slide a hand up his neck and start playing with the hair behind his ear. I’ve always loved that spot, and I know it’s the easiest way to turn him into putty, this beautiful man sitting on my couch. He leans his head into my hand as my palm flattens against the soft skin of his nape. He is looking at me intensely, those deadly blue eyes boring right through me, seeing into my soul like no one but him ever has. He quirks his lip and raises an eyebrow, and I feel my stomach drop. Trip was my high school sweetheart, and I am struck with how insane it is that he can still manage to stir such a reaction in me after all these years.

His voice is sultry, his tone is teasing. “Layla, if you don’t know by now, you never will.”

“Know what?” I ask, the picture of complete innocence.

Trip knows that I’m full of it, but plays along anyway. “That look,” he starts in, sliding to lie down on the couch, “is me thinking about every dirty little thing I’m going to do to you. And you know it.”

“Hmmm. What might some of those things be?” I ask anyway, just to lead him on.

He is now laid out on the couch, with me half on top of him; my head resting on his abdomen, my hand splayed out across his chest. Trip reaches down and gets a grip on my elbows, guiding me to skootch up closer to his face.

Dear God.
That face
. It is unearthly beautiful, from his full, sensuous lips to the sandy gold hair tousled across his mischievous cobalt eyes. It should be illegal to look this good in public. He should be confined to a museum and never let out in real life. His looks are distracting. They could cause an accident one day.

I am wedged in alongside his body, my head in the crook of his shoulder, my arm wrapped over his chest, my palm resting on his bicep. I fit here, in this spot, as if God himself has carved this perfect man’s body just for me to spoon. Trip’s hand is under my knee, holding my bent leg in place across his waist, my calf stationed… a bit lower. He starts to squirm, and I know he’s beyond thinking about what he wants to do to me and ready to move right into actually doing it.

But in true Trip form, he prolongs the torture, taking the time to list our many impending indiscretions. “Well, first, I’m going to slide this shirt off your body.
Slowly
.” He glides a hand underneath my tank top, his fingers splayed across the small of my back. I am jolted by the feel of his palm against my bare skin, electrocuted by his touch. “And then… I’m going to help you get rid of these little bitty shorts…” His fingertips slip just under the edge of my waistband and the electric charge travels a tad lower.

“And when I have you down to nothing but these tiny cotton panties, I’m going to…”

What? What are you going to?

He drops his head to nip at my earlobe and whispers, “…make you cook me some dinner.”

I start to laugh, loving how we have always been able to crack each other up, and smack his arm. “You’re such a jerk.”

“Yeah, but you love me anyway.”

I don’t get a chance to answer, because his lips are suddenly on mine, and I melt into the feeling of kissing that beautiful mouth of his as if it’s been years between kisses instead of mere minutes. I position myself on top of him, my knees on either side of his hips, as he pulls some pillows off the couch and throws them to the floor in order to give us some more room.

I don’t know how it happens, but I am suddenly stripped down to my panties and Trip is only wearing his jeans. I don’t even remember pulling his shirt off him, but it seems I rip that boy’s clothes off at every opportunity, an involuntary reaction. It is dusk outside, and the dim orange light is filtering in through my mini-blinds, tossing a cinematic radiance to the room, highlighting the dust motes in the air, striping Trip’s body in a hazy amber glow. It makes him look even more other-worldly than usual, this golden god between my legs, and I find myself in awe, yet again, that this man is mine for the taking. I sit up, bracing my hands against his chest, and slide my body back against his jeans. And then I slide back again. And again.

He is biting his lip and arching his hips to mine, his hands gripping my thighs, pulling me tighter against his hardening body. I quickly unbutton his pants, make fast work of the zipper, and shove his jeans and boxers down to his knees. Trip rips my panties off as I rise up just enough for him to position himself accordingly, and suddenly, I am sliding my body down on top of his.

The shock of how well he fills me, the feeling of that beautiful piece of machinery sliding inside my body, that amazing achy throb as the two of us join together… it renders me speechless.

It flips the yammer switch on for Trip, however. “Oh,
God
,” he says, causing a current to race along my spine. “Oh, babe. You feel so good. It feels
so good
to fuck you.”

I am stunned by his words, this naughty, dirty-talking side of his personality. But it only serves to turn me on more. I pound against him brutally, smashing myself against that smooth, rock-hard chest, my tongue licking at his bottom lip, tasting it, biting, brushing my mouth against his. His hands are gripping my ass, forcing me up and then down, impaling me on his fifth limb.