Rescued (Flowers of the Bayou) 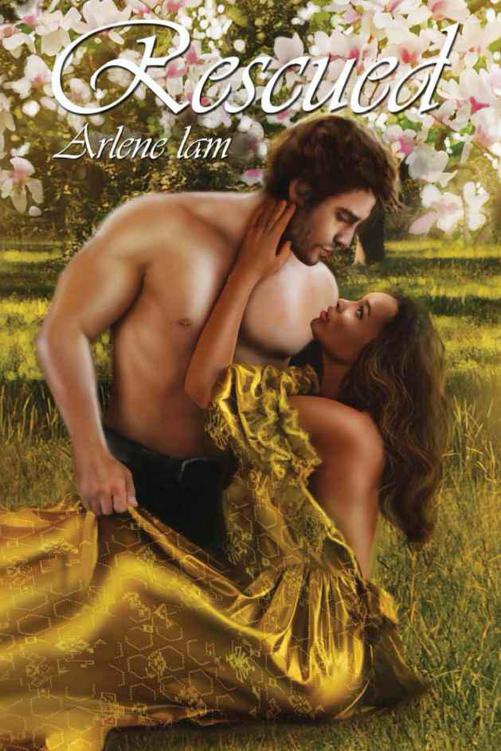 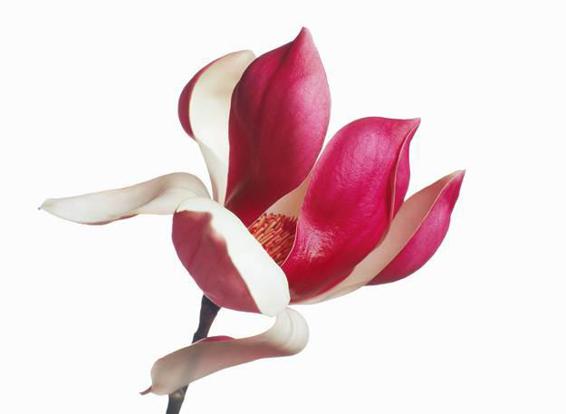 This ebook is licensed for your personal enjoyment only. This ebook may not be re-sold or given away to other people. If you would like to share this book with another person, please purchase an additional copy for each person you share it with. If you are reading this book and did not purchase it, or it was not purchased for your use only, then you should return to Amazon.com and purchase your own copy. Thank you for respecting the author's work.

To my family and to Kamal Moore, I finally finished. Hideous # 1.

Tonight was going to be hell. Amelia placed a pin in her thick mane, securing it into the matronly tight chignon that pleased her aunt Lorraine.

Her plain brown skirt needed to be let out as it was a little tight in the waist, but she’d have to make due. The old brooch pinned to her front served two purposes, to hide the red stain which stood out against the starched white blouse, and as a sweet reminder of her mother, gone ever since she was a small child. She was nothing like her aunt Lorraine and Amelia missed her.

She gave a sigh; Amelia’s mother had been comforting and kind while Lorraine was unforgiving and concise. They were literally night and day. Lorraine had fair skin with sharp hazel eyes; her mother had been dark like coffee with a dash of crème. Lorraine was tall and slender; Millie had been short and plump.

The differences had been obvious and Lorraine told her time and again no one could see how they were sisters. The two only shared the same mother and not fathers. Lorraine’s father had been a free Louisiana Creole. However Millie’s father had been a slave just like their mother.

“Amelia! Hurry that big tail up before you’re late.” Lorraine Dubois peered up the stairs and shook her head as her niece could be seen nearly tumbling down them in a crumpled mess. Why she was so awkward was beyond her understanding. Every day she prayed for patience to care for her sister’s child as she should, but lord help her, Amelia was a burden.

She’d worked hard to secure herself a nice place and wanted to enjoy it. Something she found hard to do with Amelia around. The sooner that girl married the better and after searching far and wide for someone fit to marry her it seemed to Lorraine that Amelia was hell bent on ruining it.

Lorraine waited and watched with more patience than she actually felt as Amelia smoothed over her dress and went to pinning up a few stray stands of hair away from her face. “At the age of twenty one you should be able to keep up with responsibility. You know Morgan has been waiting downstairs for what seems like hours? You know what gonna happen if you keep this up?” Lorraine placed an accusing finger in the air wagging it as a warning. “He gonna just up and stop comin’ round, that’s what’s gonna happen.”

Amelia shook her head obediently, only appearing to be agreeing with all the things Lorraine said, it was expected of her. He might be due to become her husband but it didn’t mean it had been a smooth journey to accepting this fact. Even now she was not completely resolved with the circumstance or wanted him to be. Everyday was a mental battle for her.  Morgan was nearly three times her age.

When she was younger she truly struggled with the thought of marrying him. At times the mere thought brought her to tears. But things changed and necessity meant she needed to learn to adjust to the reality that was her future with Morgan.

With age and rejection Amelia had found one thing to be true. Morgan was determined to marry her and she didn’t have any suitors to deter him. She’d learned that point the hard way and had to come to grips with the knowledge that Morgan was as good as it got for a woman like her.

It was just he was so mean and so damn old. She would not have minded his age so much if he didn’t look as if he was seven times older than his true years. That and the fact she had grown up with him around, she thought of him more as a pestering uncle than anything else. Marrying him always seemed somehow wrong, even if everyone in her life told her it was the most natural and right thing to do.

She respected Morgan and that was what she figured would make their marriage work, and with time love might follow. He was a hard worker and had a decent job as a miller. He built himself a fine home and was willing to share it with her. Black and even white alike respected him. He could be generous to those less fortunate yet he had a mean streak seldom seen by anyone other than Amelia herself.

Groaning, Amelia again surrendered to her fate—one that had been decided years ago when Morgan had first set his cap off for her. She hadn’t been more than thirteen and enamored by a young boy. However that never did quite pan out apparently, and though Morgan was old, he wanted her.

She couldn’t say the same of the rest of the colored men in New Orleans, in all her twenty-one years she’d only had a handful of suitors. Of them all, only one had she loved, and he hadn’t proposed.

Daniel Gravis already had two sons and another child on the way, Amelia had heard. How she had loved him. He had loved her too at one time; a short time that had been the happiest in Amelia’s whole life.

They had such dreams and he would tell her he loved her time and time again. She believed he would be the man she would marry. One day he showed up on the porch, with this look on his face and she knew it was not to be.

He had told her he was in love with Nelly Taylor, and he was sorry for ever leading her on. Two weeks later they were married. After that it was as if she had fallen off of the auction block, as Lorraine would say, and not many more suitors had come calling, except of course for Morgan.

He would bring by knick-knacks for Lorraine and bolts of cloth for  her so that she could fashion dresses. Lorraine liked the gifts therefore she liked Morgan and saw past their obvious age differences and gave her blessing for Morgan to court her. When Amelia had protested, she was quickly put in her place. He’d bought her with cheap trinkets and sometimes Amelia felt that the days of the past would again be thrust upon her.

Amelia was no fool, she knew her options were waning, if not because of looks but age and she’d been told by Lorraine that she wasn’t anything to hoot or holler about. Never thin like the other girls, nor a classic beauty, and with Lorraine always ready to confirm her fears, she was sure it was true.

That’s why she had to marry Morgan. He was her only chance for a family of her own. Peeking around the corner to look at the aging sixty year old, Amelia could not help but sigh. She swallowed the big lump of dread she felt and plastered on a smile. “I know I’m late, sorry.”

“I keep telling that child.” Lorraine began. “If she keeps it up you’re not gonna marry her.”

Staring down at her feet Amelia hid the slight frown that marred her face. Well wouldn’t that just be a tragedy. “I’m sorry.”

“Lord don’t I know it, if you’ll excuse me.” She said to Morgan scurrying out the small sitting room.

It was amazing she thought, how they could always make her feel two feet tall—passing Lorraine, Amelia stood next to Morgan.

“How’s my gal.” Morgan rose from his seat slowly with the help of his cane “I got ya somethin’ special.”

“You didn’t have to do that.” Side stepping around him, Amelia grabbed her shawl and started for the door.

“Well it ain’t free.” He laughed snaking his arm around her waist.

She shivered inwardly, she knew this game. “How much is it then.” “A kiss.”

She fought a frown, there was nothing worse, she thought, than kissing Morgan; the man was missing a tooth and had bad breath. Before she could even prepare herself, his hard lips were upon hers prying them apart. She felt his sodden tongue on her teeth and tried in vain to push away. But for all of his old and tired routine he was actually still quite strong and held on to her fast for what seemed like ages.

All the while his hand roamed over her bottom and chest. All she knew was that she couldn’t think or breathe, and she felt dirty and quickly she shoved him forcefully away winning herself a somewhat satisfying yelp from her attacker.

“That is filthy.” She blurted without thinking. “I mean I’m sorry but why ever would you want to put your tongue in my mouth?” She stared at him wildly, the very thought of it didn’t seem to make a bit of sense, the memory repulsive.

“You act like I ain’t neva’ kiss you before.” Grabbing his cane Morgan shook his head.

“Not like that, not ever. Have you ever kissed someone like that before? Maybe someone was playing a trick on you because I have never heard of anything like that being done before. Have you? Or maybe…”

“I’m the only one you ever kiss?” Morgan already knew the answer but just for foolish pride wanted reassurance.

“Yes.” She hated when he asked her that.

The Burnt Orange Sunrise by David Handler
To Protect and Serve by Pat Adeff
Stories of Breece D'J Pancake by Pancake, Breece D'J
Dandelion Wishes by Melinda Curtis
Lifestyles of the Witch & Famous by Riser, Mimi
Dancing Dogs by Jon Katz
Rotting to the Core (Keep Your Crowbar Handy Book 2) by Durnin, S.P.
Here's to Forever by Teagan Hunter
Guilty Blood by F. Wesley Schneider
One Minute Past Eight by George Harmon Coxe