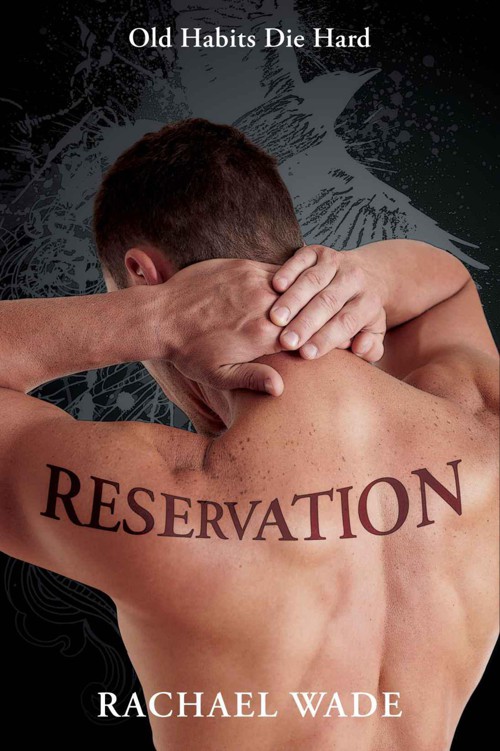 All rights reserved. This is a work of fiction. Names, characters, places and incidents either are products of the author’s imagination or are used fictitiously and any resemblance to actual events or locales or persons, living or dead is entirely coincidental. No part of this book may be used or reproduced in any manner whatsoever without written permission of the author except in the case of brief quotations embodied in critical articles and reviews.

To the ladies at The SUBCLUB Book Club for their fabulous support and friendship. Thank you, Neda and Kari! And to my BBB, Thessa. I love that you hate Amy Mercer as much as I do. I will never get tired of your reading status texts.

Thank you to Patricia, Dave, and Cathy—my favorite people on the planet—and to the book blogging community. If I could list each and every book blogger here who has supported my work, I would. Please accept my deepest appreciation for all that you do, and for giving this indie writer a chance.

Thank you, Lord, for your beautiful creation and love.

Thank you to my readers, for all your support. I truly value every Facebook post, tweet, and Goodreads message you send my way. I hope you enjoy Ryan’s Story.

The only thing I learned how to harness since the day Jamie left. The funny thing about control, though, is that just when you think you’ve mastered it, the ceiling crashes down around you and reminds you that no matter how precise you are, no matter how strategic your planning, you never really have full rein. So while I learned control during those post-Jamie years—always having the upper hand in my relationships by keeping them casual, never promising more than a good time— I also learned that I wasn’t invincible to life’s curveballs.

That lesson was driven home the night I’d found Kate’s note that she’d gone to the gala to meet that bastard Mark Burgess after all, after she’d promised she wouldn’t. I knew what a prick she thought I was, begging her not to go, trying to side-seat drive her career choice over intuition I’d had that Mark couldn’t be trusted. Hell, I was man enough to admit that some of that request was in part due to my own insecurity over what happened with Jamie. And then there was the fact that the bastard didn’t like her work the way it was—he’d wanted her to pretty much rewrite the entire novel, basically strip her voice from it and sell some cookie-cutter version of the thing. He only added points to my shit-list score board with
that
one.

But my request for her to stay away from Mark wasn’t some dumb fucking display of dominance or an attempt to screw with her career plans. And leaving her weeks after Mark and that scumbag assaulted her had nothing to do with me being unable to deal with her fucking independence. I wasn’t out to punish her for ignoring my request or to hurt her because I was a chauvinistic pansy ass, no matter how much it might’ve appeared that way to the outside world.

No, it had nothing to do with any of that shit.

It did, however, have
everything
to do with the fact that I felt helpless—the exact opposite of feeling
in
control—to protect the one woman I ever truly loved. Not being able to reach her, not being able to erase what she’d seen, felt, and heard that night reminded me real quick why I valued control when it came to the ones I loved. Because without it, I had to face the fact that they, too, were not invincible to life’s cruelty. They too could be hurt, taken advantage of, and thrown to the fucking wolves, and I absolutely, positively could not deal with that fucking reality.

Not when it came to Kate.

When I stormed through the hotel room door that night and found her there, half naked with those assholes hovering over her like vultures over road kill, I swore I’d never allow myself to feel that helpless again. Feeling fear on that scale was worse than any amount of pain I could imagine being inflicted on my body. Yeah, I fucked it up by breaking up with her not long after they had attempted to rape her. That was my weakest moment, and not one I was proud of. The truth was that helplessness scared the ever loving shit out of me, and I couldn’t take it. I had no idea if I’d ever get the real Kate back after that night. She’d been seeing her therapist, going through the motions, but she was a ghost during those haunted weeks of aftermath. A shell.

That’s the other funny thing about the fear of losing control. Once it manifested itself, it turned into a breeding ground for anger. I only took one psychology class in college, but I learned enough about anger to know it was almost always a result of swimming in a toxic mixture of hurt and fear. That mixture led me to my next truly dickhead move, shortly after I left Kate—stealing her publishing deal.

Yeah, I had anger to thank for that one. That and self-preservation. I’d already lost my publishing opportunity once. I couldn’t let it happen again.

I was sure that if she wasn’t ready to let me take care of her, then it was time to take care of myself again, fully convinced that all of it was further proof that committed relationships were not for me. What was the point if the other person didn’t trust me or my judgment? When there was no give and take, no meeting in the middle or letting walls down? All of this grated on me after her assault.

Hence the bright idea to claim her deal with Bob Hall for myself and return to watching out for me, and me alone.

It didn’t take me long to realize, though, that no matter how upset I was with her for keeping me at a distance, for leaving me feeling helpless that night, it wasn’t really Kate I was mad at—it was the sons of bitches who’d touched her. It was me, thinking somehow I’d failed her, as if I actually had an ounce of control over what happened to her that night, as if I was somehow responsible for it or could have prevented it—all misplaced anger, directed toward Kate. There was that word again.
Control.

It was only an illusion.

No, it wasn’t her choice to meet Mark that night that led me to break up with her and screw with her publishing deal. It was me and
my
fear,
my
anger. And while I couldn’t take back the ways I’d hurt her because of it, I
could
spend the rest of my life making it up to her.

Hell yes, I was up for that challenge, and thanks be to God, she actually agreed to give me the chance.

But this isn’t a story about my track record for hurting Kate or a list of all the wrongs I can’t undo. It’s a love story about how Kate’s love saved me. How her ability to penetrate the darkness surrounding me helped to illuminate the good I wasn’t even sure I possessed. How old habits really do die hard, and when love and fear go head-to-head, love always wins when you let it.

Leave it to Dean and Carter to get to the resort earlier than I thought. If anything, I thought they’d get lost once they landed on the island or something. Now the two nutcases were at the door, interrupting my morning romp with Kate. And it wasn’t just any morning romp. It was
the
morning. The morning after we’d celebrated one incredible night; one night I’d never forget. I proposed after delivering the worst apology ever.
Shit, that was lame. Could I be any more of an asshole?
First I steal her meeting with the publisher back in Seattle, proceed to make her feel like an idiot for thinking she still had a shot at the publication deal, and then show up on one knee with a ring in St. Lucia, where she fled to get away from me in the first place.

The Mammoth Book of 20th Century SF II by David G. Hartwell
RENDEZVOUS IN BLACK by Max Gilbert
A Stolen Childhood by Casey Watson
The Year I Went Pear-Shaped by Tamara Pitelen
The Drowning People by Richard Mason
Lost in You by Lorelei James
Bankerupt (Ravi Subramanian) by Ravi Subramanian
Trust by Sherri Hayes
Clue in the Corn Maze by Gertrude Chandler Warner
Story of Us trilogy 01: TouchStone for Play by Sydney Jamesson