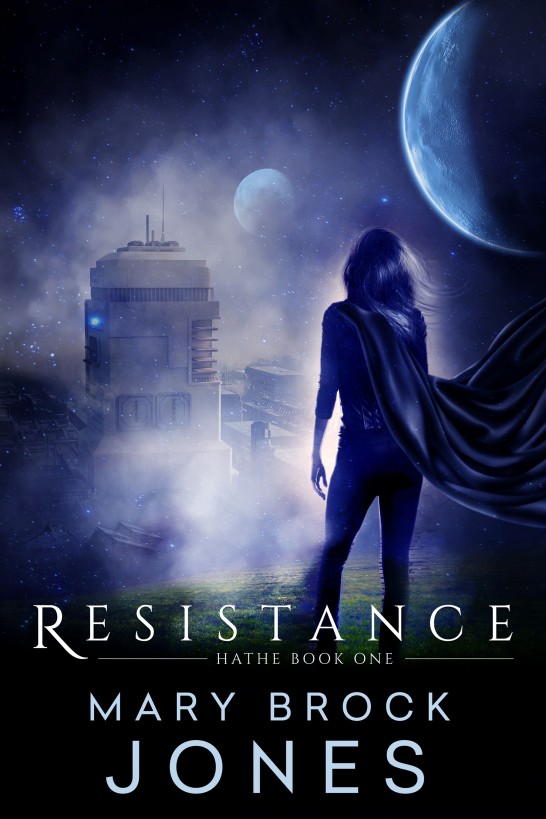 This
is a work of fiction. All names, characters, places, and events are
the work of the author’s imagination. Any resemblance to real
persons, places, or events is coincidental.

Thank
you for downloading this ebook. This book remains the copyrighted
property of the author, and may not be redistributed to others for
commercial or non-commercial purposes. If you enjoyed this book,
please encourage your friends to download their own copy from their
favorite authorized retailer. Thank you for your
support.

For
more works by this author, please visit:

EXCERPT FROM PAY THE
PIPER

To my
sons who grew up with Hathe.

Here
it is at long last.

When
two, opposed worlds must fight for their very survival, what chance
is there for a pair of duty-plagued lovers caught in the
middle?

Five
long years ago, the Terran invaders appeared in the skies above
Hathe and life on that peaceful and wealthy planet changed forever.
Now, the time has come to throw the invaders out. The Hathians are
about to reclaim Hathe.

Hamon
Radcliff is one of those Terrans. He must use any means available
to keep Hathe in Terran control, no matter how much he hates it,
for Earth cannot survive without the urgonium found only on Hathe.
It’s their main energy source. But all the rules change when he
captures a woman of the long-lost Hathian ruling class, a woman he
strongly suspects is an undercover agent for a secret Hathian
resistance movement.

Now he
must choose. Protect the woman he loves and let millions of his
people die. Or break her, find out what she knows and save
Earth.

The
stars beckoned and man went, spreading out to populate the new
worlds with new ideas and new ways. Shining among those new worlds
was Hathe. It had peace, stability and wealth, all in sufficient
abundance to bring forth a world in which there was a blossoming of
the arts, the sciences and sheer curiosity.

Particularly, it had wealth.

But
that was before the Terran ships appeared in Hathian
space.

Before a raw and untried Hathian fleet flew out in futile
battle against the invaders.

Before the Terrans stole the most precious jewel in the
Hathian treasury:

Voices, coming closer. Too close. Marthe asn Castre tapped
urgently on the small, clear patch on her wrist. After four years
of occupation, the secret code of the Hathian resistance was as
familiar to her as her own Harmish tongue.

“
Terrans. Everyone out, now.”

The
reply came straight back, a sharp tattoo in her
earpiece.

Too
late. The voices were nearly at her position, and footsteps sounded
in the corridor outside. Marthe looked around the room. Banks of
com instruments and control panels, a simple table and chairs at
the center. There, in the far corner, a space between the wall and
an equipment stack. She flattened herself back against the wall and
eased into the gap. It was tight. For once being small was a
blessing. She checked the shadows on the floor. Straight lines
only—no telltale, dark fingers of a human shape.

The
ugly sound of the Terran Standard words stopped just outside the
door. She froze. A narrow gap between the equipment banks allowed
her to see the doorway and part of the room. One man walked in,
then two more. A scrape of chairs and the clatter of men settling
at the table in the centre of the room.

“
Sure, Charlie. Like last time,” came the sardonic
reply.

A
rattle, then the unmistakeable jingle of chips hitting the
tabletop.

Fiver
players. Just her luck. Officially banned by the Terran
administration, the gambling game was rife among the rank-and-file
occupation troops—and a game could last for hours. She peered
through the slit towards the far bank of controls. This room was
the heart of the Terran communication system controlling this
sector of Hathe, her home world. Sitting in the input slot was a
thin sliver, her sliver, downloading all the essential data
captured in this room. A minute more and she would have her
treasure. If the Terrans didn’t see it, and if they didn’t notice
her before their stupid game finished.

“
Marthe, are you clear?”
said the rapid fire of
tappings in her ear. She barely had room to reach her wrist to send
a reply.

The
reply was crystal clear and emphatic—her oldest childhood friend
Jaca, Jacquel des Trurain, suddenly remembering he was the
appointed leader on this mission.

She
told him all, using terse shortcut codes, and could imagine his
face at the other end. Jaca would not be happy.

She
looked out at the room. Her sliver was still safe, still unseen. So
far.

“
We’re coming in to get you,”
threatened
Jacquel.

He had
to give her time.

Jacquel was as stubborn as she.
“Don’t expect me to leave
you alone. Would Bendin?”

How
could even Jaca use her twin like that? “Leave him out of this,”
she stabbed at her wrist. No, Bendin would not have left her here.
Nor could he now do anything to help her. No longer. The code she
sent back was not in any official manual, but Jaca fully understood
it. The silence in her ear lasted a long time.

Hours
later the Terrans still played. Marthe blamed the first man who had
walked into the room. Did he not know when he was beaten? She kept
herself amused by totting up the phenomenal sums he was losing and
wished it was Hathians benefiting from his obstinacy rather than
the hated Terran soldiers. Mind you, maybe the winners would reward
their Hathian servants. If she remembered rightly, her second
cousin Jessamie had been assigned to this post, and was working as
a general maid in the troop barracks. Imagining the look on the
means’ faces if they ever learned that Jessamie was actually a
highly trained chemical engineer helped pass the hours. From there,
she moved on to dreaming of the day the Hathians would take back
their home, and formulating ever more painful and embarrassing
punishments for the Terran troops to avenge every single incident
she and her fellow Hathians had endured since the Terrans seized
their world.

It was
a delicious pastime, but even such happy dreams couldn’t take away
the growing pain in her knees, bent tightly under her. She dare not
move for fear of making a sound that might attract her enemy’s
attention. Despite the enveloping hooded cloak of the so-called
Hathian peasantry she wore, she could not risk capture. There was
no way to explain how a backward pleb could have bypassed the
sophisticated alarms that protected these rooms. The Terrans must
never learn the truth behind the mask of their Hathian
serfs.

Finally. The loser flung down his chips, growled at his
one-time mates, and stomped out. Marthe peered hopefully through
the crack at the winners. They leaned back in their chairs, grinned
and clapped each other on the back.

”
Down to the bar?” said one. A heavy jingle as they collected
up their chips. “Or winner take all?”

“
You
think I was born yesterday?” the other man said, laughing. “Just
hand over half that credit balance and let’s go.”

The
first man looked about to argue. Marthe held her breath. Go, go,
she urged, trying fruitlessly to flex her numbed muscles without
moving. The man stared belligerently at his mate, totting up the
balance on their tablets, then moved his fingers as he split it
into two. Then he relaxed, reached out a hand for his tab and stood
up with a resigned chuckle. “McElroy’s or the Crew
Stop?”

The
second man clapped him on the shoulder. “Crew Stop. No greasy
Hathians there. And the first round’s mine.”

Finally, finally, they were both standing, both walking out
the door. They rounded the corner, footsteps tromping down the
corridor. They were gone. She could no longer hear their boots
sounding against the hard floors.

Marthe
carefully eased herself up, gritting her teeth against the agony of
long-cramped muscles, throttling back the cries that rose in her
throat.

“
The troopers?”
she queried.

“
Cleared the building. You are safe to move. Now get out of
there.”

“
Yes, sir,”
she messaged weakly. Jaca would know
exactly how much she meant that.

An
hour later, he was still massaging her aching legs. They were in
the back room of the Hathian quarters, under full surveillance
protection. Jaca had thrown back his hood and leaned over her, his
face still half angry, half desperately frightened. “Don’t you ever
put me through something like that again.”

“
Just ’cause you’re bigger than me, doesn’t mean you can boss
me around.” The old joke fell flat, as usual. He was tall, Jaca,
almost as tall as Bendin, but his lean frame had never been a match
for her brother’s broad build; and she had never let Bendin order
her around. Just because since babyhood they had both imagined
their purpose in life was to protect her didn’t mean she had to buy
into it.

“
Well, he can’t,” she shot back. Which silenced Jaca
immediately. “I’m all right now,” she said gently to his bowed head
after a time, and wriggled her feet to prove it.

He
looked up, was about to open his mouth in apology.

He
shook his head, rubbing his hand through his hair. Then took a
breath, stepped back and gave her the lopsided grin that spoke of
unvoiced trouble.

She
pulled the sliver from her inside pocket and passed it over to him.
“This make it worthwhile?”

“
No,
but it’s a start.” He took the sliver, inserted it into the reader
he carried under his cloak, and shook his head as to clear it. “So
where are you off to next?” he said.