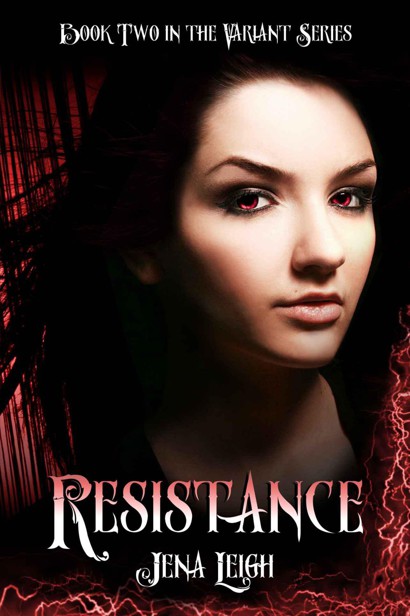 eBooks are not transferable. All Rights Are Reserved. No part of this book may be used or reproduced in any manner without written permission, except in the case of brief quotations embodied in critical articles and reviews. The unauthorized reproduction or distribution of this copyrighted work is illegal. No part of this book may be scanned, uploaded or distributed via the Internet or any other means, electronic or print, without the author’s permission.

To Jinnie, for 25 years of friendship, laughter,

and grilled cheese sandwiches. Thanks for

being the sister I’ve always wanted.

P.S. I think I saw a Wookalar.

A
lexandra Parker was dreaming.

And in the way of dreams, she drifted.

She was small again, walking barefoot through the house she’d once lived in with her parents. The polished hardwood floors were cool and sturdy beneath her feet. The brightly colored kitchen, a comfort.

One of her mother’s pound cakes sat cooling on the counter, its rich smell of cinnamon and pumpkin marking the arrival of fall.

Pausing to stare out the window above the sink, she could see leaves already turning, the dark greens giving way to brilliant reds and radiant golden hues.

This was the dream she’d had nearly every night since she learned the truth about her past. About who she was and
what
she was, and about the lies that had kept her ignorant to that reality for so many years.

Alex turned away from the window.

Onward through the house she wandered, searching in vain for something… someone…

The kitchen dissolved into a long, brightly lit hall.

Alex’s calls echoed down the hallway unraveling before her. At the far end of the corridor tendrils of fog crept from beneath the closed door of her father’s study and spread slowly across the carpeted floor.

“In here, Lee-Lee!” called her mother.

Alex knew what waited beyond that door.

A fresh hell, born each night to answer the questions that surrounded her parents’ passing.

They’d died violently at the hands of a madman. That much she knew.

But fear had kept her from asking Aunt Cecilia to explain the details of how they’d
really
died
.

And so each night, here in this house she’d once called home, Alex witnessed a different possibility.

Each night she gave in to her morbid desire for the truth and opened that door to a new scenario, a new nightmare.

Tonight would be no different.

A few steps, a turned knob, and then—

Alex’s own scream twisted inside of her, but no sound came. She had no form here, in this place. She was an observer and nothing more.

Her parents’ bodies lay bloodied and broken on the blacktop, their sedan mangled beyond recognition. A man in a long black coat stood directly in front of the carnage. Water dripped steadily from the coat’s hem onto the rain-slick pavement.

The scene shuddered and began playing out once more, this time in reverse. Droplets of water lifted from the blacktop, from the man, from the car, and ascended back into the sky.

As the man raised his arm, her parents’ car inched slowly backward.

Brilliant tendrils of violet-colored lightning danced over the mangled pieces of metal and shattered glass, causing the demolished frame of the sedan to glow.

A jolt, and the scene sped up.

While Alex watched in horror, the car pulled away. Her parents’ bodies were yanked forcefully into the air, drawn through the shattered windshield, and returned to their seats in the cab.

Within moments her parents had been made whole. They sat helplessly, staring through the rain-covered glass at the horror taking place around them.

The front end of the car reformed with a groan of warping metal. The lightning retreated and fell in on itself until it shifted into a large sphere.

Her chest tightened with recognition.

It was the same sort of sphere Alex formed by accident during her first training session with Declan.

It was the sphere of a jumper, a Variant with the ability to teleport.

The sphere detached itself from the front bumper of the now pristine sedan and flew backward to its source—the outstretched hands of the man in the long black coat.

The brightly colored orb dissolved into his palms and her parents’ car reversed into the rain-drenched night, slipped around a sharp curve, and disappeared from view.

Water droplets slowed their ascent and the sound of the storm faded to a dull roar. The scene froze.

The man in the coat turned to face her, and Alex awoke within the dream. She knew she was sleeping—that none of this was actually happening—and yet, something about this felt all too real.

The man’s thin lips curved into a smile.

“Good evening, pet,” he said, a strange echo causing his voice to waver. “Enjoying the show?”

Alex looked down and realized she now had a form, but no voice. She stood barefoot in her pajamas on the rain-slicked road, the asphalt rough and icy cold beneath her feet.

Alex could do little more than stare back at him in mute horror. Standing directly before her in this macabre dreamscape was her parents’ killer, Samuel Masterson.

Here he was every bit as real as she was, a fact far more terrifying than anything her subconscious might have conjured up on its own.

“I know you’ve been dreaming about your parents lately,” he said. “Running through all the variations of the nasty ways they might have died. I thought I’d do you the favor of putting your restless mind at ease by showing you what
really
happened.”

She wanted to tell him that he was a sick, heartless monster. That one day she’d find a way to make him pay for what he’d done.

She wanted to tell him that he didn’t know what he was up against. He was the one who ought to be afraid.

But even if she’d had a voice, she knew those words would not have come.

“Now you know.” His grin sent a chill through her. “And isn’t that better?”

Masterson’s form shimmered and grew lighter, the shadows of the night seeping into the space he’d once occupied.

“One last thing before I leave you, pet…”

The world around them was gradually disappearing into the gloom.

“
Don’t be afraid of your gifts.
” Masterson’s voice was now a disembodied roar. “I gave them to you for a reason.”

Desperate to leave the dream, Alex struggled to open her eyes.

Wake up
, she urged herself.
Wake up!

It was no use.
She drifted in the emptiness until a pale light began spreading through the void. What little awareness she had began to slip away until, eventually, she surrendered once more to the vulnerability of sleep.

As her surroundings took on more clarity, Alex found herself in a forest clearing, alight with sunshine. Black clouds circled overhead, but failed to cast a shadow.

The contrast of the bright greens of the field and the deep purple hues of the sky above were both breathtaking and wholly unsettling.

Alex watched as a thick fog swirled around the trunks of the towering trees lining the small pasture, then crept outward through the knee-high grass at its edges.

Ahead of her, spread out in even rows, sat two dozen student desks. The roiling mist quickly concealed their lower halves, leaving only the dark blue seats and square wooden tops hovering above the cloud.

A whiteboard hung in midair at the front of the class. On it, scrawled in red marker were the words, “
lesson learned
.”

Alex stared at the scene in confusion.

Thunder roared above and the empty space filled with life.

Almost immediately, Alex recognized the faces of her Bay View High classmates. She spotted her own mop of long dark hair in a seat near the middle, facing the whiteboard. Cassie sat behind her and there was Kenzie, too, in the row to their right.

And then… a charge in the air, a familiar dancing in her chest. Alex sensed the newcomer before she saw him.

A figure moved past her shapeless form and continued down the middle aisle.

Alex took in the mussed blonde hair and the gray military jacket. Her breath caught in her throat.

Declan O’Connell was fast approaching her other self, his hand outstretched. Reaching his destination, Declan touched her doppelganger’s pale forearm.

“No!” her other self cried. A sphere formed unbidden in her palm, growing larger and larger, spiraling quickly out of her control.

The clearing exploded in a blinding violet light. When it faded, only the dream Alex was left to witness the aftermath. Scorched earth. Scorched bodies.

It was her worst fear played out before her eyes.

She’d absorbed Declan’s ability and lost control. Because of that, everyone around her had paid the price.

Alex bolted upright in her twin bed, covered in sweat and breathing hard.

Taking in her surroundings—her gray sheets with the plain white duvet, the two bookshelves overflowing with books, her antique wardrobe and the small bulletin board covered with pictures above her desk—Alex blew out a breath and collapsed against the pillows.

She could hardly be surprised at this point. They came every night, now.

A knock sounded through her bedroom door.

“Lee-Lee? Are you alright? I heard a shout…”

The door slid open and her aunt’s pale face peered inside, surrounded by a halo of wavy golden hair. Her mouth was drawn with worry and the purple shadows under her eyes betrayed yet another all-nighter spent sculpting in her workshop.

For the last week, Alex’s Aunt Cil had been scrambling to make the deadline for her upcoming art installation at The Red Corner Gallery downtown. Once or twice a day, Cil would poke her head into Alex’s room to make sure that she was alright, but otherwise, Cil spent her days and nights toiling away in her workshop behind the house.

Entwined with You: A Crossfire Novel (Crossfire Book 3) by Day, Sylvia
The Wandering Who: A Study of Jewish Identity Politics by Atzmon, Gilad
Dangerous Flames (Mafia Hearts) by Ely, Wendy
Choke by Kaye George
A Vampire To Watch Over Me [Vampire Coven Book II] by C.L. Scholey
The Beach House by Mary Alice Monroe
Real Men Do It Better by Lora Leigh, Susan Donovan, Lori Wilde, Carrie Alexander
Iron Gustav by Hans Fallada
Husk: A Maresman Tale by Prior, D.P.
The Case of the Russian Diplomat: A Masao Masuto Mystery (Book Three) by Howard Fast