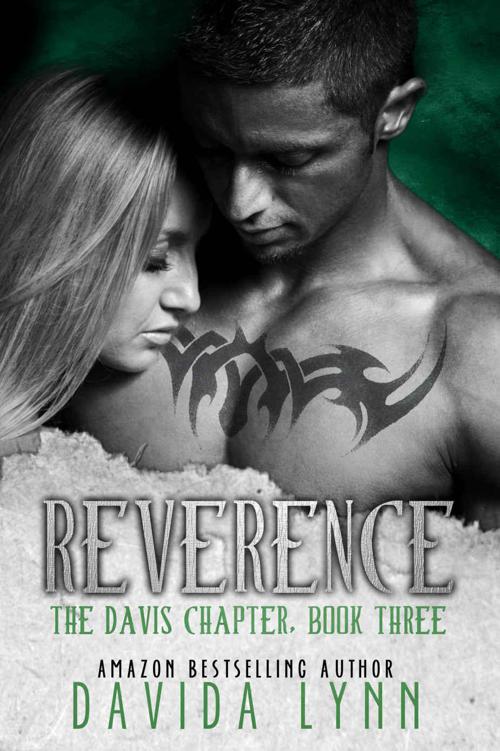 A big shout out to my writing partner
Rayna Bishop
, my faithful companion in telling stories.

She keeps me honest and true. To Donna and Jill, my rocks when I need a foothold! To all of my beautiful advanced readers. Thank you all!

He laughed behind me, just inside the doorway. Despite giving him my sexiest voice, it didn’t seem to make any impact on him. God knows how many women he’d been with before me. Part of me worried that I just didn’t get him going. Then again, I was tied to his bed with my ass in the air. He
had
said I was the best lay he’d ever had, and I had to believe him.

He let out a deep grunt as he stepped further into the bedroom. I wanted to turn around and see his cocky smile so bad, but I couldn’t. “You know that’s what I love the most, don’t you? Making you beg.”

His voice shook me to my core. He fanned the flames of desire inside of me, and the ache between my legs grew. Romero knew exactly what he was doing. He would drive me crazy until I screamed every filthy thought inside of my head. I knew that was what he wanted. It was a delicious game of power and control, and at that moment, I was at his mercy.

Romero stepped to the side of the bed and came into view. He was shirtless, his tanned and toned chest rising and falling with each slow breath. I stared at the large tattoo that covered most of his upper body. Lines and sharp angles that just looked tribal and so hard. Romero had ink just about everywhere on his body, but that one always stuck with me. It fascinated me, and when I wasn’t bound, I would run my fingers over it.

Romero’s dangling belt was thicker than the one that held my wrists to the headboard. I was glad for that. The belt wasn’t painful, but it also wasn’t comfortable. I knew that when Romero talked about punishment, he didn’t mean pink, fuzzy handcuffs and playful spanking. He meant
business
.

I reached toward the throbbing package beneath his jeans, but my hand barely moved half an inch before stopping dead from the belt that held me. Romero smiled down at me like I was just a silly little girl. If I was, it was because he made me that way.

“You want to touch it, don’t you? You want to feel every inch of my cock.” His voice was husky and smooth like the whiskey I was getting used to drinking.

I nodded, my eyes widening with desire and lust. Words were at the edge of my lips, but my voice was caught in my throat. I was overcome by Romero and the danger of what we were doing together. He knew it, too. We fed off of that danger every time we saw each other.

He slowly sunk down until we were eye to eye. He was crouched down beside the bed, and me tied there, my cheek pressed down against the sheets. I loved the soft look in his eyes. It played beautifully against the strong, manly biker that had me tied up. He had these bright blues that just pulled your attention from anything else in the world. In that moment, I couldn’t focus on anything else, anyway. I was bound to Romero’s bed, ready to take whatever he would do.

He grunted, “Baby, tell me exactly what you want, so I can give it to you. If you don’t say it out loud, I can’t do it. Them’s the rules.” He smiled and reached toward me. He ran a finger over my cheek. It was so soft I almost couldn’t feel it as I closed my eyes. He was absolutely amazing. Every touch, every sensation was incredible.

I moaned with deep desire, but my mind was afraid to tell him what I craved so badly. I knew he wouldn’t relent until I spoke, though. “I need…I need you to punish me.” Even the word
punish
sent shivers down my spine. It was such a trigger to me after being with Romero. So many words triggered me. I’d hear someone talk about pain, and it weakened me in the knees. I’d lean against the wall and close my eyes, losing myself in some fantasy.

I loved just how sweet his voice sounded at the moment, but that the tenderness would soon give way to his darker side. “Remember when I teased you on our ride last week?”

I knew he hadn’t forgotten. As he stood and walked behind me, I remembered the details of our trip. We hadn’t gone more than a few miles on his Harley before I’d unzipped his fly and reached a hand inside to feel his manhood. I’d nibbled at his ear and moaned over the roar of the engine and the wind. By the time we pulled off the road, it only took a few minutes before my blow job pushed Romero to the point of orgasm.

“I remember. I remember how hard I had to fight to keep us on the road because you couldn’t keep your hands to yourself.” His hand came down swiftly against my skin. I gasped at the initial pain. It was only pain for an instant and then it turned to something far greater. That feeling became a heat that swirled around me, from my ass to every inch of my body. Romero had this amazing skill. He could spank me just right every single time. “Were you tryin’ to get me killed?”

I thought he would laugh back at me, but instead he brought his hand down hard on my ass. My body lurched forward, but I stopped myself from crying out. The warmth danced over my skin. I’d feel his punishment for days.

Romero spanked me and made me beg for relief for what seemed like ages. When he finally touched my yearning womanhood, a massive orgasm came in seconds. My body had been dying for that huge release, and when my man gave it to me, it was more than I could handle. I collapsed forward into the sheets, grasping at the leather of the belt to steady myself. He didn’t let up, though. Romero climbed into the bed, his fingers never leaving my sensitive clit.

I cried out through the orgasm, and when I thought it was fading, another came crashing down on me. Romero had a smug and satisfied smile on his face. He was so cocky and sure of himself. He had every right to be.

Once Romero freed me from the bondage, it was my turn to please Romero. Even though the two of us hadn’t had sex yet, we were still plenty capable of taking care of each other. I knew that he had been with many other women, but every time I went down on him, he told me I was the best. I believed him. I believed everything he told me. With a devilish smile on my face, I dragged his jeans and underwear from his body. His thick cock was throbbing and ready for me.

I could see wetness dripping from the tip, and I let out a little moan as I ran my tongue up his shaft. His body shuddered. It always felt so powerful to be in control of such a strong man. As Romero lay back, I wrapped my lips around his cock. I might’ve been a virgin, but I was a fast and eager learner. We had only been together a few short months, but Romero and I couldn’t keep our hands off of each other.

Slowly, I began to take him deeper and deeper into my mouth. I looked up his sun darkened body. When I pushed my head down, Romero’s eyes rolled back in his head. Nothing made me feel sexier. I circled my finger and thumb around the base of his cock and began to bob up and down. The heat and pressure between my legs increased again while my free hand drifted down to my womanhood.

Our forbidden romance was such a turn-on for me. While I worked Romero with my mouth, I swirled two fingers over my clit. After the two of us collapsed in his bed, I thought about what my life had become.

Being with Romero meant going against my family and everything that it stood for. If my father found out what was going on, there was no telling what he could do. He was a man capable of violence, and I knew he was looking for any excuse to destroy the Rising Sons.

My father was the president of the Devil’s Branch Motorcycle Club, and James “Captain” Capriani was looking for any excuse to destroy the Rising Sons. If my daddy found out that I had been secretly dating a Rising Son behind his back, there would be hell to pay for me and for the rival motorcycle gang.