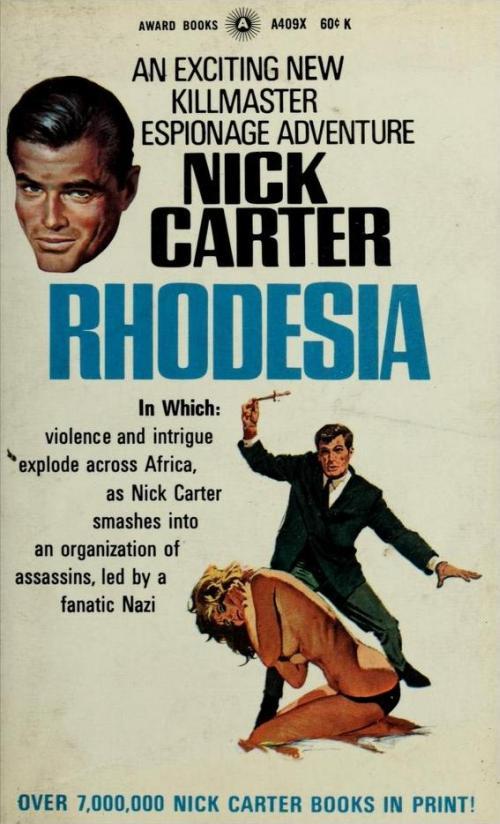 Annotation
It began with a black man, a white woman and enough gold to ransom the world.
The man was consumed with race hate, driven to senseless slaughter by a single-minded plan for retribution. The woman was possessed by the need for every variety of sensual delight. The gold was mined secretly in Rhodesia, owned by a die-hard Nazi who had long ago sacrifice a soul and sanity to insatiable dreams of glory.
This was the terrifying trio that awaited Nick Carter in Rhodesia — on a brutal seek-and-destroy mission against an organization of assassins that had infiltrated every country of Africa.
Nick Carter
Rhodesia