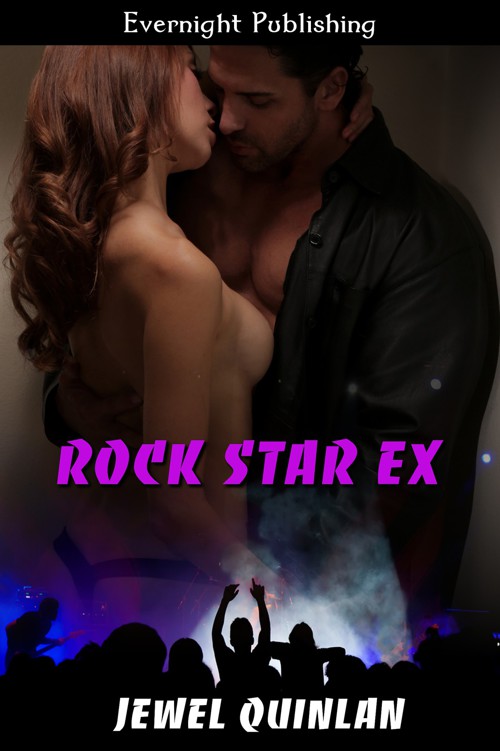 For my father,
who has always believed in me.

And for all the role models whose coaching brought me back to my true
path in life.

His voice was a combination of sex and sandpaper. He
wore nothing but a pair of distressed black jeans that showed off every curve
of muscle and a pair of biker boots.

A
black leather cuff encircled his wrist. A flowing red and black bandanna was tied
around his head, and long dark hair streamed down over his shoulders.

The crowd howled and cheered as he gyrated on
stage, the light reflecting perfectly off every cut of his abs as the guitars
squealed and the drums crashed. He belted lyrics into the microphone clenched
in his hand as his eyes made contact with the crowd, pulling them in.

The energy in the Staples Center was outrageous.

It was a living, pulsating field that
responded to the band’s every sound.

But
for Eve, it felt as though she were suspended in time.

Everything slowed down in the split-second the
lights flashed over his face, and she recognized him.

She continued to move and sway in a semi-dance with
Kate in the front row, but she was no longer amped about their floor tickets
right next to the stage.

The urge to
hide struck her.

Which was silly, she
thought, because he would never notice her there with the lights shining in his
eyes, while she stood among the crush of bodies.

His voice was mesmerizing.

It had taken on a deeper, sexier quality
since she’d seen him last.

He ran down the
catwalk that jutted out into the crowd and slid on his knees as he belted out
the last, strong note of the song.

He
came to a stop just before the end of the stage, his head thrown back, all the
muscles of his throat straining as he pulled the final notes from the depths of
his soul.

All hands reached towards him,
women screamed, and the sight of him in his full, unadulterated glory hit her
in the gut like a mallet.

She sighed. God help her, she had to.

He was breathtaking, and it was impossible
not to be moved by his talent as the music washed over her.

Eve lifted her hands to cheer and scream along
with the others.

The house lights went
dark and, for a minute, nothing but the hoots and whistles of the crowd could
be heard.

Several people lifted their
cell phones, the screen lights shining through the darkness in appreciation, as
they waited for the next song.

A spotlight snapped on to reveal Devon sitting on a
stool in the center of the stage, a guitar in his hands.

He lazily plucked three notes on it and the
crowd went wild.

Everyone knew the ballad––it
had been a hit for the longest time.

More cell phones appeared and their lights started to sway as he began
to strum.

The background illumination
came up, revealing the rest of the band.

She couldn’t take her eyes off him and was glad she
could take in her fill of his mesmerizing form without him knowing.

She and Kate stood off to the right, below
him, catching a great view of his profile as he played.

The muscles of his bicep and forearm twitched
elegantly as he picked and strummed.

Never in a million years would she have ever
suspected that Devon Quinn would become the new lead singer for Arsenal.

When Kate had invited her to the concert,
she’d been more than happy to accept.

It
had been rumored that Arsenal would make a surprise appearance with their new
lead singer, but no one had been sure.

His
identity had been kept top secret and speculation had been rampant.

Kate smiled at her with glee.

Eve smiled back and nodded, hoping the dark would
shield her friend from the fact that it was forced.

Kate had no idea.

Hot
did not even begin to describe it…

He stood up, continuing to play, as he approached
the edge of the stage and then turned to stroll slowly down the right side.

Fans reached up to touch and grab whatever
they could as he crooned the words of the song.

And then, finally, he was right in front of where they stood.

Kate went wild with the rest of them, straining
her hands out to touch him.

It was too late to move. Eve was now pinned against
the stage as people surged forward.

Packed
in among the warm bodies, her head mere inches from Devon’s feet, she hoped the
crowd would be sufficient camouflage.

His piercing,
khol
-lined blue eyes honed right in on her.

The instant their eyes met a knowing passed
between them, and that strange suspended feeling came back to her.

It felt as though he was singing directly to
her now.

Eve stood paralyzed, not knowing what to do.

There was no escape at the moment.

Her hands were pressed against the wall of
the stage, feeling the vibrations.

Her
eyes were glued to his and she didn’t think there was any force on earth that
could’ve made her look away from where he stood above her, his hands skillfully
moving along the neck of the guitar.

Illuminated
by the multiple spotlights aimed on him, Devon looked like a god.

The song came to an end and the final notes rang out,
and still they didn’t break eye contact.

The muscles of his chest rose and fell with
his breath, a thin layer of sweat giving them a dewy sheen.

She wasn’t sure what the expression on his
face meant, but recognition was in his eyes.

The deafening noise of the crowd filled the slight
pause before the band started up again.

As
the beginning notes to the next song rang out, he seemed to snap back into
himself. His eyes tore abruptly from hers and he walked away to his next mark, where
he began singing again.

Her inner Eve, the
naive Eve, wanted to go to him, to be with him, to shout out his name and make
sure he knew it was her.

But she fought
against its pull.

Her rational mind, and
her emotional heart, called forth all the facts and remembered the pain he had
inflicted on her five years ago, forcing her to relive the despair.

Suddenly, she had to get away.

“I’m going to the bathroom!

Meet me out front if I don’t make it back!”
she screamed in Kate’s ear.

Her friend
nodded, continuing to sing along with the crowd, her smile brilliant with
excitement.

Eve wasn’t sure Kate heard
her, but at that moment she didn’t really care.

She just had to put some distance between herself and the stage.

Once out in the hallway, Eve felt better.

Breathing a sigh of relief, she headed for the
bathroom.

Arsenal was the finale in the
lineup of the many bands that had played that evening, so their set wouldn’t be
too long.

Her feet ached from the hours
they’d already been there.

It was now
one-thirty in the morning.

Washing her hands, she inspected her reflection in
the mirror.

Her eye makeup was still in
place and her lips were still glossy with red lipstick.

She was glad now that she had gone all out
and worn the short, black strapless leather dress.

Combined with her fishnets and spiked heels, it
was an outfit that made her feel extra confident.

And it never hurt to look your best when
confronted with an ex.

It wasn’t
something Eve normally wore, but she and Kate liked to dress up occasionally.

Last month they’d gone to an 80s concert and
she’d worn the best imitation Madonna outfit she could find.

She smoothed down her long, dark hair and listened
as the concert went on.

Even in the
bathroom it was loud, penetrating…sexy.

The rich depths of his tones grabbed at her
even in here.

Why had she ever allowed herself to fall for a
musician?

It was really no surprise that
he’d broken her heart.

She supposed he’d gone through many women after
her.

The last time she saw him was five
years ago, when he’d boarded a rickety bus with his last band.

“I
already miss you,” she said.

Her arms
wrapped around his lean waist and she didn’t ever want to let go.

She rested her head on his chest in the spot
that felt like it had been created just for her.

His
arms held her tighter. He leaned his face into her hair.

“I’ll miss you too,” he whispered.

He pulled her so that their bodies pressed
even closer together, making her feel that spark again deep inside her.

She was glad they’d at least had the chance
to explore that before he left.

It had
been absolutely the best night of her life.

Tears were beginning to well
beneath her eyelids, and her nose was starting to get stuffy.

She wished with all her heart she could go
with him but she’d just started her first semester of college.

She had no money, no job, and he was pursuing
his dream.

She tried to pull herself
back together.

This was what he wanted
to do.

She was supposed to be supportive,
wasn’t she?

But she didn’t want to
be.

She wanted to grab onto him and beg
him to stay.

Town of Masks by Dorothy Salisbury Davis
The King's Mistress by Gillian Bagwell
Nebula Awards Showcase 2006 by Gardner Dozois
The Mystery of the Soccer Snitch by Gertrude Chandler Warner
Talk to Me by Cassandra Carr
The Human (The Eden Trilogy) by Taylor, Keary
The Complete Short Stories of Mark Twain by Mark Twain, Charles Neider
Never, Never by Brianna Shrum
Training Amber by Desiree Holt
The Biggest Part of Me by Malinda Martin